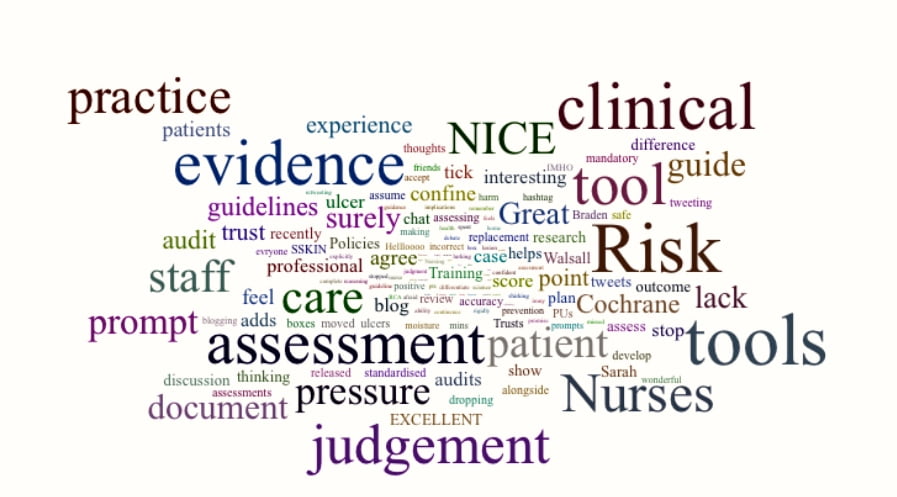 David Barton (@Bartontd), Associate Professor of Nursing at Swansea University, threw this into the debate on Tuesday evening, joining me, WeNurses founder Teresa Chinn (@WeNurses @AgencyNurse) and many others for a #WeNurses tweet chat on pressure ulcer risk assessment. We were asking, is it time for a new way, time to ditch the Waterlows and Bradens, given the lack of evidence of benefit of such tools?

A Cochrane review was updated early this year and showed that there is no reliable evidence that using these tools reduces the incidence of pressure ulcers. I blogged about it here and nurses on Twitter started questioning their continued use, engaging in lively discussion in this #WeNurses tweetchat, back in March, with some considering trying to make changes, perhaps experimenting with assessing risk using clinical judgement alone. We agreed to revisit this topic later in the year, to see whether anything had changed. In April, NICE appeared to make this easier in a new clinical guideline on pressure ulcers. The Cochrane review was one of seven informing the new guidance, on all aspects of pressure area prevention and management. In it, NICE states that the use of a validated scale should be considered to support clinical judgement but that risk may be assessed ‘with or without a validated risk assessment tool’. 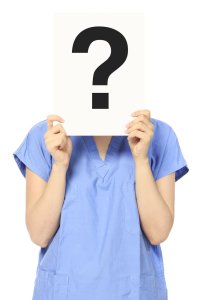 This is a reminder that, more often than not, the best available evidence has limitations which make for continued uncertainty about the benefits and harms of an intervention. But it’s important to know what is and isn’t known and for ‘best practice’ to take this into account. With this in mind, here’s a round-up of Cochrane evidence on some cornerstones of pressure ulcer prevention and management:  support surfaces, repositioning and nutrition. 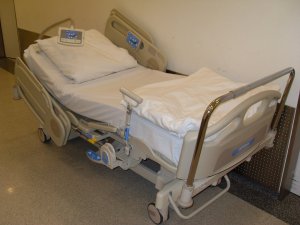 Some of the trials were at high risk of bias, which reduces our confidence in the findings. Also, the ‘standard’ mattress was often not clearly defined and varies between settings and over time. This makes it difficult to interpret the trial results. Given this variation, UK-based trials were analysed together and when this was done the advantage of the high-specification foam was maintained. The NICE guideline advocates the use of high-specification foam mattresses as a preventive measure.

Repositioning is a key element of pressure ulcer prevention and treatment. It’s widely recommended in practice and has a sound theoretical base. So what can the evidence tell us about it?

A Cochrane review on the effect of repositioning on healing rates of pressure ulcers found…nothing. Despite looking for both randomized and non-randomized controlled trials, the reviewers found none that met the inclusion criteria. They note that international best practice advocates the use of repositioning as a key element of managing pressure ulcers yet we have no evidence to show whether this is effective.

A Cochrane review on the effects of enteral or parenteral nutrition on the prevention and treatment of pressure ulcers, which measured the incidence of new ulcers, ulcer healing or changes in pressure ulcer severity, was updated this year. More trials were added but the evidence base is poor, with many trials being small and at high risk of bias. The studies were conducted in hospitals and nursing homes, comparing a variety of nutritional supplements with a ‘standard’ hospital diet, so its applicability to community settings, where nutritional supplements may more often be used, is questionable. There was such a lot of variation between studies that no meta-analysis could be undertaken. 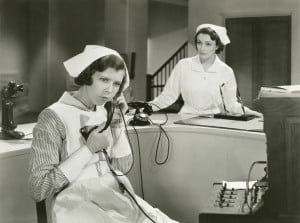 You might also like to visit NHS England’s Stop The Pressure campaign and the RCN’s This Is Nursing site, where special blogs are being published throughout the month in support of the campaign, including this particularly helpful blog in which the RCN and NICE team up to tell us about the new guidance and how it can be applied to practice. This evening Caroline Lecko (@celecko) Patient Safety Lead Nursing Directorate NHS England guest hosts another #WeNurses tweetchat, on pressure ulcer prevention. If you miss it, you’ll find the chat archived on that page.