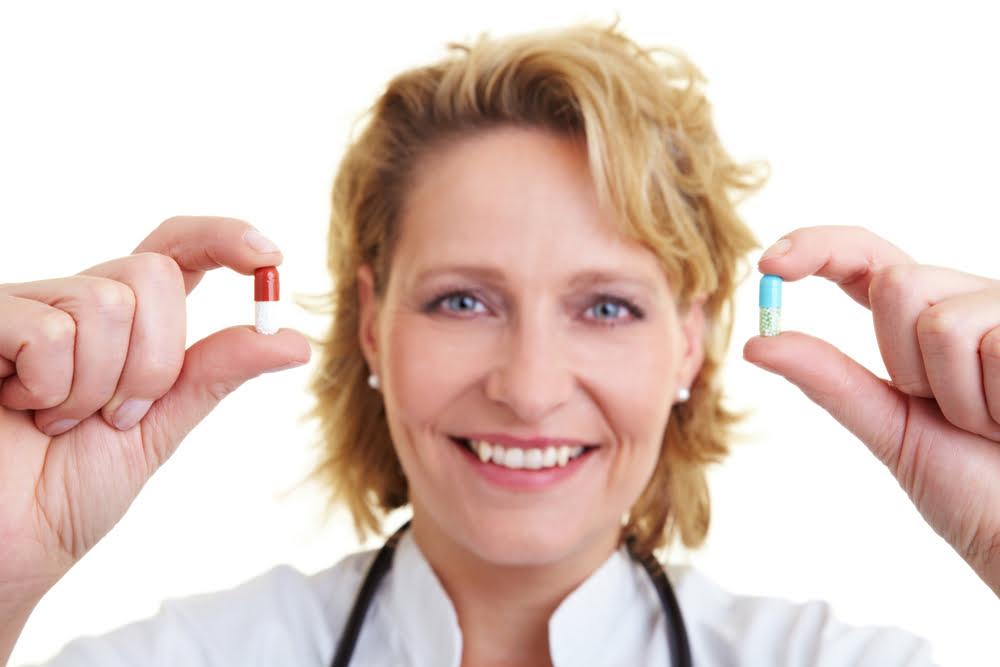 It’s no surprise that a new Cochrane reviewCochrane Reviews are systematic reviews. In systematic reviews we search for and summarize studies that answer a specific research question (e.g. is paracetamol effective and safe for treating back pain?). The studies are identified, assessed, and summarized by using a systematic and predefined approach. They inform recommendations for healthcare and research. made headline news on the BBC’s health pages last week and was featured in many other health news reports too, as its focus was the use of probiotics to prevent Clostridium difficile-associated diarrhoea (CDAD) in people taking antibiotics. These medicines can upset the normal healthy balance of organisms in the gut and open the door to infection, often by C.difficile bacteria. It’s a very common side-effect and one you may well have experienced. Perhaps you’ve also bought probiotic supplements from your health food shop or supermarket. These are products containing live micro-organisms which, when taken in adequate amounts, offer a health benefit. They’re not to be confused with prebiotics, which are the food nutrients which feed the “good bacteria” in our bodies.

Infection with C.difficile results in considerable costs in treatmentSomething done with the aim of improving health or relieving suffering. For example, medicines, surgery, psychological and physical therapies, diet and exercise changes. and for the person infected the consequences range from no symptoms to diarrhoea, colitis or even death. Probiotics are BIG business and there will be much interest in this review from those involved in producing and selling probiotic products as well as those funding, prescribing and taking antibiotics.

Overall, the evidence was judged to be of moderate quality. The low risk of biasAny factor, recognised or not, that distorts the findings of a study. For example, reporting bias is a type of bias that occurs when researchers, or others (e.g. drug companies) choose not report or publish the results of a study, or do not provide full information about a study. studies suggested a stronger protective effect of probiotics than the high risk of bias studies. Looking at the data in various ways, to explore the possible effect of missing data for example, did not weaken the results and the reviewers judge that the evidence warrants modest confidence in the findings that taking probiotics significantly reduces your risk of CDAD but doesn’t lower the risk of infection. There was a lot of variation in descriptions of side effects; again the reviewers judged that overall the data on side effects is of moderate quality.

So what does this change?

In a press release, lead researcher Bradley Johnston of The Hospital for Sick Children Research Institute in Toronto, Canada said that giving probiotics to people on antibiotics “…could have an immediate impact on patient outcomesOutcomes are measures of health (for example quality of life, pain, blood sugar levels) that can be used to assess the effectiveness and safety of a treatment or other intervention (for example a drug, surgery, or exercise). In research, the outcomes considered most important are ‘primary outcomes’ and those considered less important are ‘secondary outcomes’., especially in outbreak settings.” He cautioned “we still need to establish the probiotic strains and doses that provide the best results, and determine the safety of probiotics in immunocompromised patients.”

Goldenberg JZ, Ma SSY, Saxton JD, Martzen MR, Vandvik PO, Thorlund K, Guyatt GH, Johnston BC. Probiotics for the prevention of Clostridium difficile-associated diarrhea in adults and children. Cochrane Database of Systematic ReviewsIn systematic reviews we search for and summarize studies that answer a specific research question (e.g. is paracetamol effective and safe for treating back pain?). The studies are identified, assessed, and summarized by using a systematic and predefined approach. They inform recommendations for healthcare and research. 2013, Issue 5. Art. No.: CD006095. DOI: 10.1002/14651858.CD006095.pub3.

Cochrane summary of this review http://summaries.cochrane.org/CD006095/the-use-of-probiotics-to-prevent-c.-difficile-diarrhea-associated-with-antibiotic-use

BBC News Health Probiotics ‘may help when on antibiotics’ studyAn investigation of a healthcare problem. There are different types of studies used to answer research questions, for example randomised controlled trials or observational studies. says. 31st May 2013 http://www.bbc.co.uk/news/health-22717273#?utm_source=twitterfeed&utm_medium=twitter

Taking antibiotics? Probiotics can cut your risk of diarrhoea by Sarah Chapman