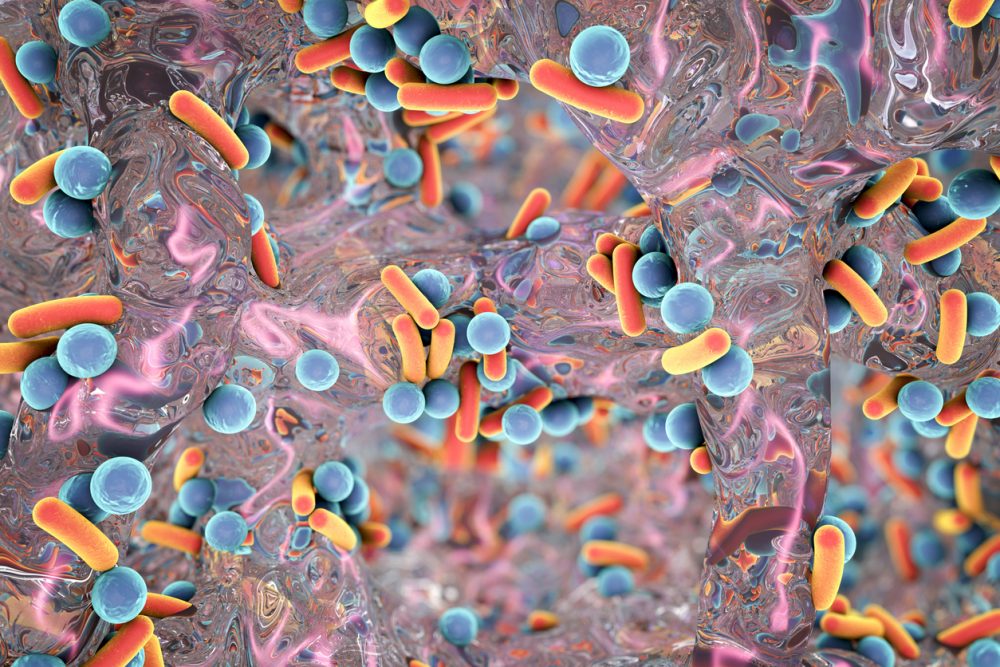 To mark the start of World Antibiotic Awareness Week, here is a blog for non-medical readers by Lynda Ware, Senior Fellow in General Practice with Cochrane UK, taking a look at the threat posed by antimicrobial resistance and what we can do about it.

Antimicrobial resistance (AMR) is a very real threat to all of us. Just in case anyone is in doubt, here are some statements from experts who know the score.

‘The world is facing an antibiotic apocalypse. Unless action is taken to halt the practices that have allowed antimicrobial resistance to spread and ways are found to develop new types of antibiotics, we could return to the days when routine operations, simple wounds or straightforward infections could pose real threats to life.’  Dame Sally Davies, Chief Medical Officer, UK

‘….if we don’t do something [about AMR] it could be the case by 2050 we have 10 million people around the world dying [from drug-resistant infections].’  Lord O’Neill of Gately, Chair of 2016 Review on AMR : Tackling Drug-Resistant Infections Globally

‘Antibiotic resistance is not a distant threat, but is in fact one of the most dangerous global crises facing the modern world today. Taking antibiotics when you don’t need them puts you and your family at riskA way of expressing the chance of an event taking place, expressed as the number of events divided by the total number of observations or people. It can be stated as ‘the chance of falling were one in four’ (1/4 = 25%). This measure is good no matter the incidence of events i.e. common or infrequent. More of developing infections which in turn cannot be easily treated with antibiotics. Without urgent action from all of us, common infections, minor injuries and routine operations will become much riskier. It is important for people to understand that if they are feeling under the weather and see their GP or a nurse, antibiotics may not be prescribed if they are not effective for their condition, but they should expect to have a full discussion about how to manage their symptoms.’  Professor Paul Cosford, Medical Director at Public Health England

‘This serious threat is no longer a prediction for the future, it is happening right now in every region of the world and has the potential to affect anyone, of any age, in any country.’  World Health Organisation (WHO) 2014

And now some alarming facts…

So what is antimicrobial resistance?

AMR is the ability of microbes to resist the effects of drugs which were previously effective against them. It can occur with all classes of microbes – in other words, bacteria, viruses, fungi and protozoa are all capable of developing resistance. In the case of bacteria, antibiotic resistance occurs.

Sometimes microbes can become resistant to multiple antimicrobials and this is when the so-called ‘superbugs’ emerge.

Why does antibiotic resistance happen?

Antibiotic resistance occurs naturally but misuse of antibiotics in humans and animals accelerates the process. Various factors have encouraged misuse such as the increasing availability of antibiotics worldwide since the 1950s and uncontrolled access to antibiotics in certain countries without a prescription. In addition to this, doctors have been guilty of over-prescribing and the public’s expectations have not always been challenged.

Heavy use of antibiotics in veterinary practice, not only to reduce infection but also to promote growth in livestock, has played a significant part in promoting AMR.

Furthermore, the pharmaceutical industry is implicated too. Industrial waste from drug manufacturing disposed of inappropriately has ended up polluting streams and rivers, especially in Asia. There has also been a failure of pharmaceutical companies to invest in the development of new classes of antibiotic drugs.

What can be done about antibiotic resistance?

A review by Lord O’Neill was commissioned by the UK government and published in 2016. It identified ‘ten commandments’ to help overcome AMR.

So, what is being done?

The WHO launched a global action plan on AMR in 2015. It has been leading on multiple initiatives such as World Antibiotic Awareness Week, the Global AMR Surveillance System and the Global Antibiotic Research and Development Partnership.

In 2016 the United Nations General Assembly endorsed a commitment to taking a broad co-ordinated approach to addressing the root causes of AMR.

In UK, the government’s Five Year AMR strategy started in 2013. Lord O’Neill’s review was a direct result of this and as seen above recommended a number of actions to be taken up globally. Public Health England (PHE) launched an eight week campaign on 23rd October 2017 called Keep Antibiotics Working, supported by advertising, local pharmacies, GP practices and social media – I’m sure you have already seen it in action.

The National Institute for Health and Care Excellence (NICE) will be publishing thirty guidelines for doctors and nurses on how best to prescribe antibiotics for common infections.

There are online educational resources aimed at junior, senior and young adult students in schools, recommended in NICE guidelines. 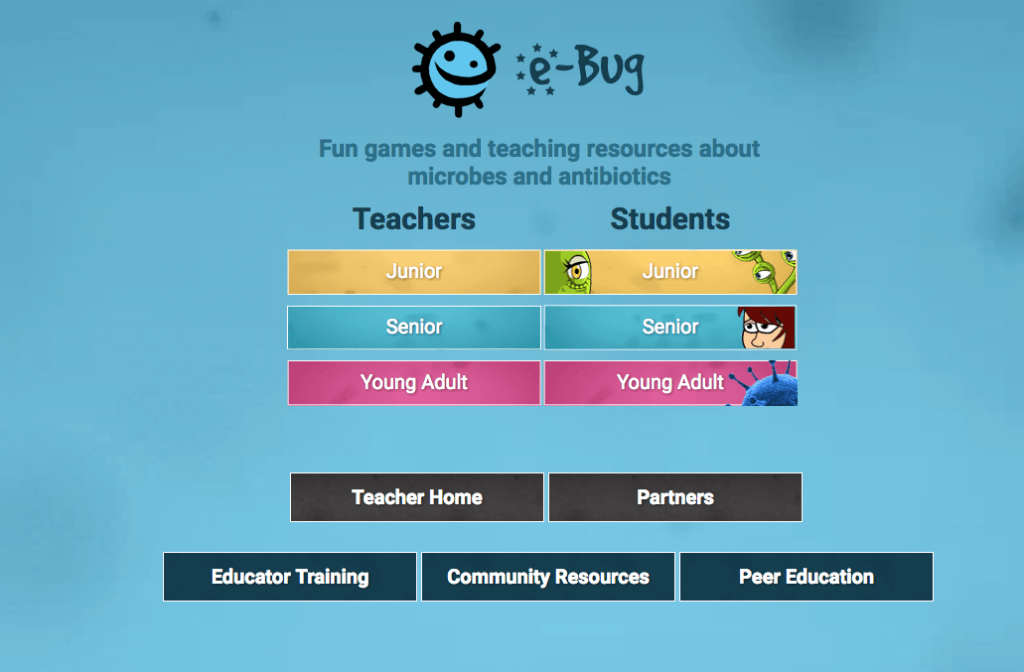 What can we do as individuals?

Being aware of the dangers of AMR and understanding that antibiotics do not kill all known germs are good starting points.

As an example, let’s look at the common cold. This is caused by a virus and antibiotics are completely useless. However, there are simple things we can do to help ourselves such as minimising the risk of spreading the virus by covering our mouth and nose when coughing and sneezing, and washing our hands frequently. Getting plenty of rest and keeping up our fluid intake are beneficial. Simple remedies, such as paracetamol, can be helpful – ask your local pharmacist for advice.

If antibiotics are prescribed it is important to take them exactly as prescribed. Any unused antibiotics should be returned to the pharmacist for safe disposal.

As part of the Keep Antibiotics Working campaign, we are invited to become an Antibiotic Guardian. At www.antibioticguardian.com we can make a pledge to support the fight against AMR. 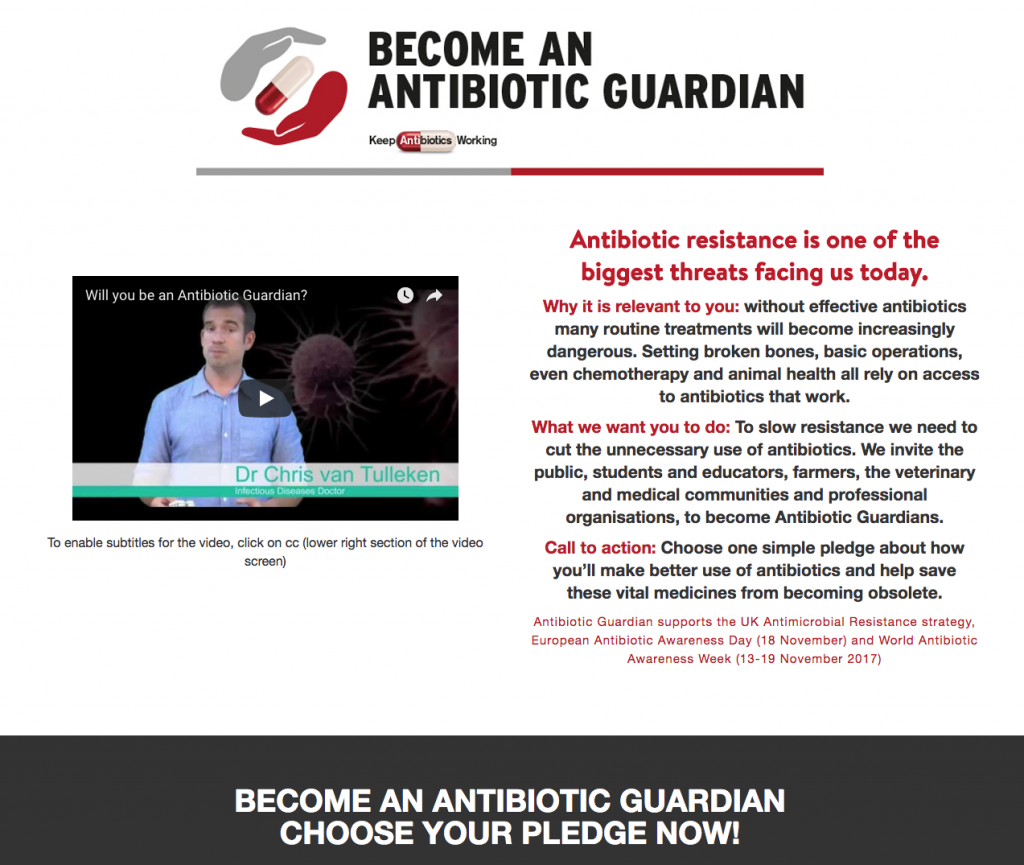 How does Cochrane fit in?

Cochrane has published several reviews which have contributed best evidence to help answer the question of how to tackle AMR. Amongst these are reviews looking at how to influence doctors’ prescribing in primary care and in hospitals. There are also reviews looking at the efficacyThe extent to which an intervention (for example a drug, surgery, or exercise), produces a beneficial result under ideal conditions. More of rapid diagnostic tests to identify when antibiotics are needed e.g. upper respiratory infections and Strep throat. The usefulness of giving a delayed prescription (ie a prescription that is given to the patient along with instructions as to when it might be appropriate to collect and start the medication) is the subject of another review and there is also one on shared doctor-patient decision making.

To treat or not to treat (with antibiotics), that is the question…

Hopefully it is not too late to influence the perilous future that awaits us if AMR isn’t stopped. It falls to all of us to be part of the fight.

I will conclude with some more words of wisdom from Lord O’Neill:

In the end, the problem posed to the planet by antimicrobial resistance is not that difficult. All that is required is to get people to behave differently. How you achieve that is not so clear, of course.

Join in the conversation by leaving a comment on the blogs or following us on Twitter @CochraneUK #AntibioticResistance. We will be sharing lots of Cochrane evidenceCochrane Reviews are systematic reviews. In systematic reviews we search for and summarize studies that answer a specific research question (e.g. is paracetamol effective and safe for treating back pain?). The studies are identified, assessed, and summarized by using a systematic and predefined approach. They inform recommendations for healthcare and research. More to support decision-making about taking antibiotics on social media this week. For a brief introduction to antimicrobial resistance, read our blog by Samantha Gale here.