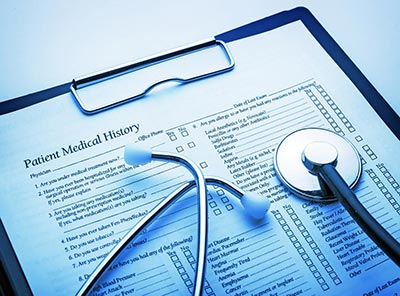 Key message:  Based on the small number of studies included in this review, the use of many red flags to screen for vertebral fracture is not supported by the available evidence.

Many people suffer from low-back pain (LBP) and, whilst it is second only to the common cold as a cause of lost working days and can be pretty disabling, for most it is not caused by serious underlying disease. But how can clinicians identify the 1% to 5% of patients presenting with LBP who do have underlying disease (vertebral fracture, malignancy, infection or inflammatory disease) needing further investigation and treatment?

Clinical guidelines currently recommend the use of ‘red flags’, features from the patient’s history or physical examination which are thought to be associated with higher risk of serious pathology, but their inclusion has often been poorly justified. Guidelines also recommend that diagnostic imaging is not routinely used for people with LBP. So it’s important to establish whether red flags are useful aids to the clinician’s judgement in screening for serious causes of LBP. A team from the Cochrane Back Review Group set out to explore the diagnostic accuracy of red flags for identifying people with LBP due to vertebral fracture. Studies of varying designs were included in their review if they compared red flags with diagnostic imaging for people presenting with LBP and reported the prevalence of vertebral fracture, confirmed with imaging.

Eight studies were included, four in primary care settings, one in secondary care and three in emergency departments, with 4671 participants. Four were prospective cohort studies and four retrospective chart reviews. The prevalence of fracture ranged from 0.7% to 4.5%.

The authors of the review came to the conclusion that the use of many of these red flags is not useful in helping clinicians decide on the need for further investigations for suspected vertebral fracture. Given that this is an uncommon cause of LBP and that most of the red flags have high false positive rates, their use may contribute to increased costs and potentially adverse outcomes for patients through unnecessary imaging. They acknowledge that implications for practice regarding which red flags should be used remain uncertain given the limitations in the evidence available, but would like to see the current set of recommendations for screening of fracture in clinical practice reviewed. A combination of a small subset of red flags may be useful to screen for vertebral fracture and the review team suggests that further research should focus on appropriate sets of red flags and adequate reporting of both index and reference tests.