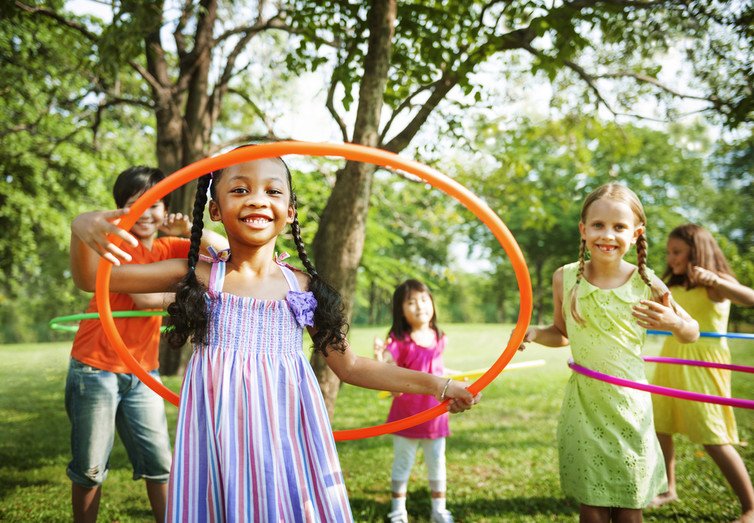 An increasing number of children and adolescents across the world are too heavy for their age, height and sex. Fortunately, new evidence reveals that there are proven, effective ways to tackle overweight and obesity in the young. Two reviews, published today, show that combinations of diet, exercise and behavioural change produce small but important reductions in measures of body mass in school-aged children and adolescents.

Obese children are at increased riskA way of expressing the chance of an event taking place, expressed as the number of events divided by the total number of observations or people. It can be stated as ‘the chance of falling were one in four’ (1/4 = 25%). This measure is good no matter the incidence of events i.e. common or infrequent. More of diabetes, high blood pressure, asthma and sleep problems. As well as physical health problems, we know that being overweight or obese in this age group is associated with low self-esteem, which can lead to mental health problems and poor quality of life.

The new research findings come from two Cochrane ReviewsCochrane Reviews are systematic reviews. In systematic reviews we search for and summarize studies that answer a specific research question (e.g. is paracetamol effective and safe for treating back pain?). The studies are identified, assessed, and summarized by using a systematic and predefined approach. They inform recommendations for healthcare and research. More looking at lifestyle interventions in children aged six to 11 and adolescents aged 12 to 17 years old. Cochrane Systematic Reviews use robust methods to bring together all the available evidence to tell us whether interventions are effective. Together, the two reviews include findings from over 100 studies.

The two Cochrane Reviews published today are the last in a series of six reviews looking at different treatments to treat obesity in young people. Others, already published, have looked at the effectivenessThe ability of an intervention (for example a drug, surgery, or exercise) to produce a desired effect, such as reduce symptoms. More of obesity surgery and drugs in older children and adolescents, interventions that target only parents and lifestyle interventions in pre-school children.

The review of children aged six to 11 years reports on 70 studies which include over 8,000 children. Notably, most studies were conducted in wealthy countries. The parents were involved in most interventions, given their influential role in providing healthy meals and helping their children to be more active and spend less time watching TV and playing on the computer. The combined lifestyle interventions which support children to improve their diet and be more active, were provided in a variety of settings including school, healthcare settings and in the community. Whether parents were involved or where the interventions were delivered did not seem to affect the results.

Overall, in the six-to-11-year age group there were small body mass reductions in the short term. Other measures we looked at included self-esteem, quality of life and changes to food intake and exercise levels, but there was not enough information reported in the studies to draw any conclusions about these.

The review of young people aged 12 to 17 reports on 44 studies with just under 5,000 participants. Similarly, most studies were conducted in wealthy countries. Combinations of diet, exercise and behavioural interventions reduced body mass in adolescents. And where studies were conducted over longer time periods, these changes were maintained. There were no differences in terms of where the interventions took place or whether parents were involved. Larger reductions in body mass were seen where interventions were longer.

In adolescents, there were more studies looking at quality of life, and this seemed to improve with the combined interventions. However, there was not enough information to draw conclusions on changes in self-esteem or food intake or exercise habits.

The results from these reviews are encouraging, but we know that obesity is a complex and relapsing condition, so we need to do more to understand which components of treatmentSomething done with the aim of improving health or relieving suffering. For example, medicines, surgery, psychological and physical therapies, diet and exercise changes. More are more effective and for whom, and how best to maintain positive changes in the long term.

This article was originally published on The Conversation. Read the original article. Featured image Rawpixel.com/Shutterstock

Jack is the Communications and Engagement Officer for Cochrane UK. He is responsible for managing the digital presence of Cochrane UK, measuring impact, and the development of new evidence products. He graduated from the University of Bristol with a MSci in Chemistry in 2014, he then worked in drug policy reform before joining Cochrane UK in early 2016. He is interested in the ways in research can be disseminated to affect change from practice through to policy.

What’s the best way for children to lose weight? Here’s what the research says by Jack Leahy