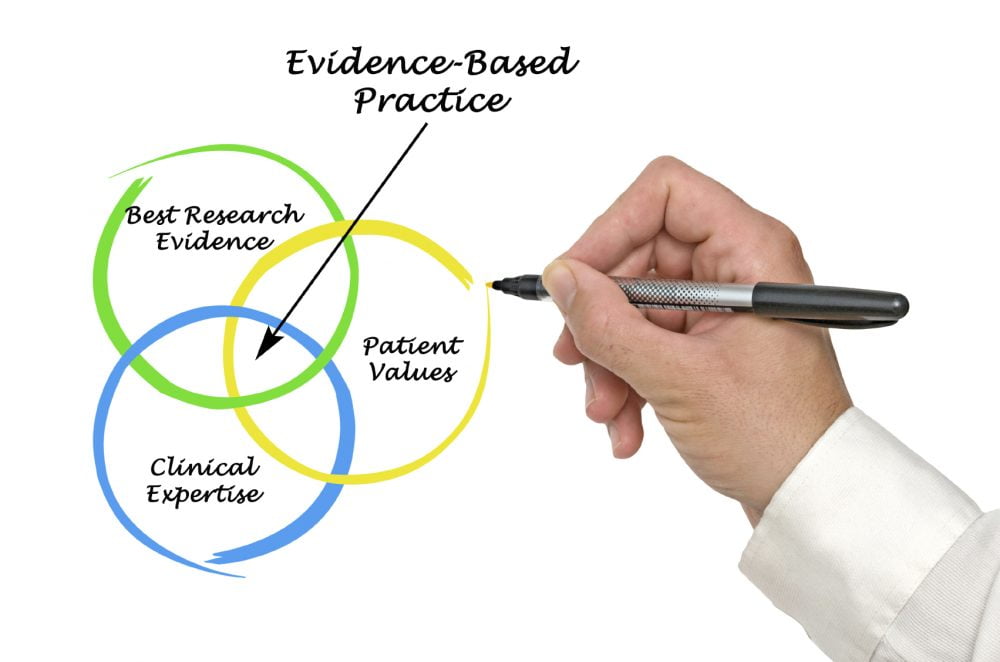 In the second guest blog of our new series Evidence for Everyday Allied Health (#EEAHP), ‘lapsed orthotist’ and University of Exeter Medical School researcher Chris Morris looks at the challenges, and importance, of ensuring everyday practice is evidence-based.

I am a lapsed orthotist – no longer licensed to use the title, as I am not now registered with the Health and Care Professions Council. However I was an orthotist for 20 years, and for 10 of those I trained in health services research.

When I started out on my clinical career orthotists were more commonly called ‘surgical appliance fitters’ and we simply made and fitted what was prescribed by learned others. As orthotists became more academically trained, and recognised formally as allied health professionals, the role evolved into prescribing, or advising on prescription as part of multidisciplinary teams.

I write the following to encourage orthotists (and our prosthetist cousins) to use evidence everyday in the pursuit of an evidence-based practice.

What is evidence-based practice?

So, to pursue evidence-based practice you have to know where to find evidence about interventions, and also how to critically appraise it. But first, you need to know how to structure a question about whether an intervention is effective (O’Connor et al., 2011; NICE, 2014). This involves thinking about the patient group (e.g. diagnosis, age) and the key outcome the intervention aims to achieve, as well as any alternatives. Once you have an answerable question using the patient-intervention-comparison-outcome (PICO) format, then you can look for evidence efficiently in resources where people have already done much of the work for you, such as The Cochrane Library, or under ‘secondary evidence’ in the TRIP Database, or guidance from the National Institute for Health and Care Excellence and NHS Evidence.

Why is evidence-based practice important? 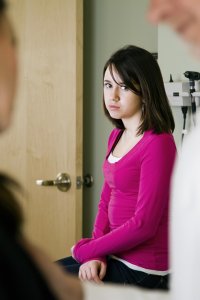 People may often think that providing an orthosis as a treatment may well be ‘worth a try’, after all what harm could it do? Well, aside from wasting scarce resources an ineffective orthosis can also waste patients’ time and in some cases cause psycho-social harm. To illustrate, have a look in your favourite search engine for images of some of the orthoses that were designed to increase containment of the hip to treat children with Legg-Calvé-Perthes disease. Imagine how these orthoses affected their experience of childhood and adolescence, especially in the context that we no longer (as far as I am aware) provide these devices as they were relatively ineffective compared to surgery. The same may well be true for orthoses we do still commonly provide, for instance spinal orthoses for girls with adolescent idiopathic scoliosis. So it is imperative that orthotists identify whether the interventions they are providing have been evaluated and shown to be effective in well-conducted studies.

Trends for new orthoses also have implications for evidence-based practice. For instance Lycra-like materials have been advocated in the design of orthoses for children with cerebral palsy. So, what’s the evidence? Our childhood disability research group summarized the evidence on whether Lycra orthoses (splints) improve function and movement ability in children with hemiplegia, or other types of cerebral palsy? (Peninsula Cerebra Research Unit, 2013). This may be useful for families as much as clinicians.

What are the barriers?

There are numerous barriers to evidence-based practice, many of which are not unique to orthotists (time and effort). However, one specific barrier is that when you look for evidence about effectiveness of orthoses, the evidence is so scant. Using the terms “orthos?s or orthotic” (in which the ? means both ‘orthosis’ and ‘orthoses’ are included) to search The Cochrane Library identifies 34 Cochrane Reviews, another 75 results refer to non-Cochrane reviews, although some of these are protocols for reviews yet to be completed. Even when the reviews have been completed the evidence is hardly persuasive, as the individual primary studies included are rarely high quality controlled clinical trials. Searching the National Institute for Health Research (NIHR) project portfolio and the Europe PubMed Central biomedical grants database for current orthotic related studies suggests a paucity of ongoing clinical trials in the pipeline.

A couple of years ago we spent several months developing a research study protocol to evaluate the effectiveness of Lycra-based sleeve/glove orthoses to improve the bimanual ability of children with spastic hemiplegia. However we were unable to secure funding; reviewers of the proposal identified weaknesses in study design, including the difficulty of placebo-effect. To some extent one of the barriers was that we were competing with research proposals evaluating interventions that might save children’s lives and other unarguably more important health outcomes. Thus the [relatively small] health benefits from orthoses to improve gait or other functional ability, when weighed against other studies, makes these proposal uncompetitive to funding agencies. Evaluating orthoses and other equipment aiming to prevent deformity has the additional challenge that deformity develops over several years, meaning that studies would have to run over long periods, hence making them expensive.

Huh, so how can ‘we’ overcome barriers to evidence-based practice?

A small group of people involved in orthotic research and education met in the USA in 2009 to discuss the barriers and the strategies to overcoming them. The report and recommendations of that meeting are still pertinent and transferable to the UK and the NHS (Geil and Michael, 2009). Key among the recommendations were to promote the importance of orthotists engaging with research (as I’m trying to motivate you do here), and to teach and support both individual research skills as well as creating the collective capacity to carry out substantive evaluative research.

There is a new JLA Priority Setting Partnership on scoliosis

Another strategy proposed was to enhance the active involvement of practicing clinicians to identify topics for research, i.e. those things we’re uncertain if they’re a good idea to prescribe/provide or not. A relatively recent initiative in the UK is the NIHR James Lind Initiative research Priority Setting Partnerships. As part of these any clinician or patient or carer is able to suggest topics for research. There’s a new one starting, focusing on scoliosis, maybe someone will put in that uncertainty about whether plastic spinal orthoses are effective for adolescent idiopathic scoliosis?

One final reason to engage with evidence-based practice and research is the (oft neglected, but still rather fundamental) NHS Constitution. This commits all clinicians working in the NHS to “…the promotion, conduct and use of research to improve the current and future health and care of the population.”

In my latter years as a practicing orthotist I became more confident to inform patients and their carers (often a child’s parents) about the lack of evidence for a specific orthotic intervention. That enabled a frank discussion about the pros and cons of different orthotic treatment options. In this way the decision may have swayed towards relying on clinical experience and patient preferences, but does explicitly acknowledge evidence (or lack of it). And if we had infrastructure and funding to support clinical trials, that explicit acknowledgement of uncertainty (equipoise) about treatments would provide an opportunity to recruit people into a research study. [maybe one day…]

Chris Morris has nothing to disclose.

Evidence for Everyday Orthotists by Chris Morris is licensed under a Creative Commons Attribution-NoDerivatives 4.0 International License. Images have been purchased for Evidently Cochrane from istock.com and may not be reproduced.

This work is licensed under a Creative Commons Attribution 4.0 International License.

Chris Morris is a Senior Research Fellow in Child Health at the University of Exeter Medical School, UK. He leads PenCRU (Peninsula Cerebra Research Unit), which is a childhood disability research group. Previously, Chris spent 20 years working as an orthotist, initially training and working with his father in London and then for 16 years at the Nuffield Orthopaedic Centre, Oxford.