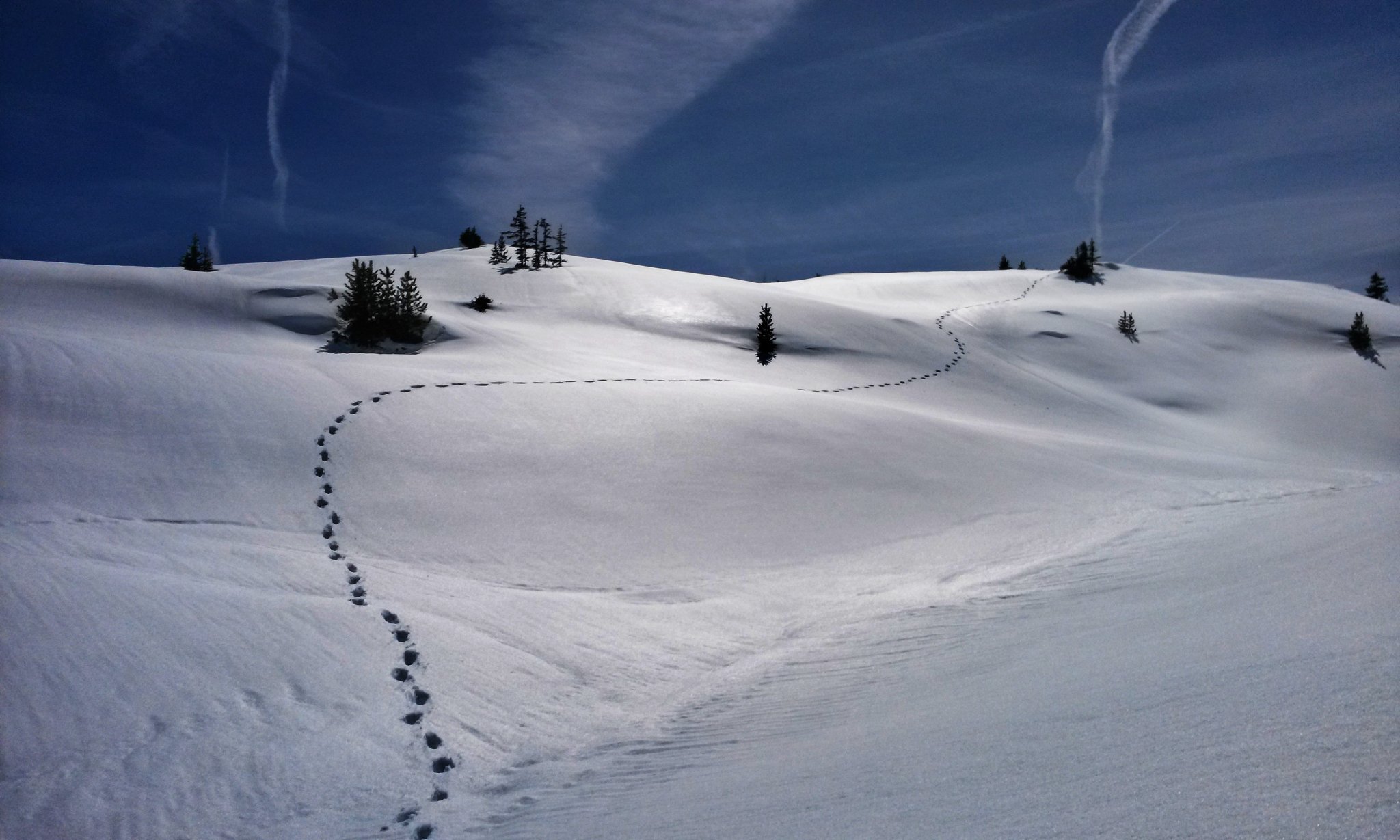 As 2019 comes to an end, Evidently Cochrane’s editor, Sarah Chapman, reflects on some highlights and some changes.

As the year draws to a close, it’s time to reflect and of course to look ahead. It’s been another good year for Evidently Cochrane, which has had around 960,000 views in 2019, up 81% compared to the same period last year (around 530,000 views). We hope next year to break the 1 million mark! We’ve published 58 new blogs this year, bringing the total to 440. Guest bloggers ranged from people with lived experience of the health conditions under discussion to clinicians, researchers and a variety of Cochrane colleagues.

Of the blogs we published in 2019, the most read is this one on erections after prostatectomy surgery, written for a non-medical audience by urologists Alastair Lamb and Altan Omer. They discuss the evidence on the use of use of PDE5 inhibitors (drugs such as Viagra) and give a lot of useful information along with it. It turns out that it’s not only ogres that are like onions but also prostates. You’ll need to read the blog to see what I mean (and watch Shrek if you missed the reference). 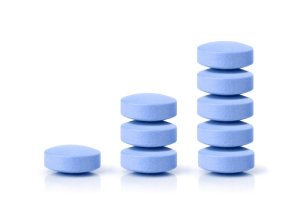 Our most read blog of 2019 looked at the evidence for use of PDE5 inhibitors (such as Viagra) for erections after prostate cancer surgery.

Also very popular, my blog on pregabalin for neuropathic pain, which includes both Cochrane evidenceCochrane Reviews are systematic reviews. In systematic reviews we search for and summarize studies that answer a specific research question (e.g. is paracetamol effective and safe for treating back pain?). The studies are identified, assessed, and summarized by using a systematic and predefined approach. They inform recommendations for healthcare and research. More and patient experience of balancing benefits and harms, and this blog by researcher Beatriz Goulao on the evidence (gaps!) for routine dental care such as scale and polish. Beatriz also considers what people value from their dental treatments and looks at research in progress.

Overall, two older blogs have attracted a particularly high number of views: this one exploring whether tubal flushing might help you get pregnant, which makes it onto the first page of Google when ‘tubal flushing’ is searched for, and Elaine Miller’s blog on constipation. Elaine, who is a pelvic physiotherapist and comedian, gets bonus points for lifting the lid (as it were) on this common problem and being funny about it, plus making her own dough models to go with her blog. Future bloggers, the bar has been set high! We make sure that we update the blogs when the Cochrane ReviewsCochrane Reviews are systematic reviews. In systematic reviews we search for and summarize studies that answer a specific research question (e.g. is paracetamol effective and safe for treating back pain?). The studies are identified, assessed, and summarized by using a systematic and predefined approach. They inform recommendations for healthcare and research. More they discuss are updated, so they remain current and (we hope!) useful.

Of course, it’s not just about the numbers. While it’s good, important even, to see growth reflected in blog viewing figures and so on, these are sometimes dubbed ‘vanity metrics’ by those of us looking to demonstrate the impact of our social media content. They perhaps don’t tell us very much.

I’ve always thought that one of the great benefits of the blog format is the capacity for people to post comments on them. Although many blogs will only be discussed on social media, it’s so good to see people using the comments facility to connect with bloggers and others with similar experiences. In this way, we see people bringing additional information to the blogs, but also, in some cases, creating something of a community. The comments section below the blog on tubal flushing, for example, has become something of a patient forum, where women post their experiences and offer encouragement to others.

The comments left on this blog on stillbirth are a striking reminder of the power of blogs and the impact they can have that won’t show up in the number of views. Susannah Hopkins Leisher talks here about her own experiences of the trauma of stillbirth and its effects on her subsequent pregnancies and, with researcher Aleena Wojcieszek, looks at gaps in the evidence on how to care for such women and their families. Mothers bereaved through stillbirth have found this blog, most of them in the early days of their loss, and have found something they were looking for here. They need information but they also need to connect with others who share something of their experience. As one woman wrote, “…reading your article and all the comments I feel like I belong somewhere and I am not alone.” Several say the blog has given them hope and comfort. It is humbling to see these comments, and Susannah has replied to each. 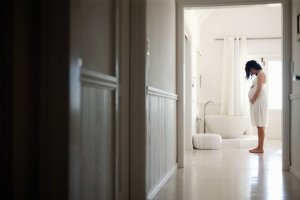 The comments left on Susannah and Aleena’s blog about stillbirth are a striking reminder of the power of blogs and the impact they can have.

We wonder if the popularity of some blogs is due in part to the fact that they tackle topics that people may find difficult to talk about, or that aren’t talked about enough. As well as some of the blogs I’ve mentioned here, which people are finding through internet searches, blogs from our 2017 series The Problem with Sex continue to be read, and especially this blog on vaginismus. So too our blogs about menopause, with blogger June Girvin continuing to respond to comments on her blog from 2015: ‘everything I needed the menopause…No One Told Me.

We were interested to see the new (and excellent) Cochrane Dissemination Checklist include a point about the importance of sensitive handling where a topic or findings (my emphasis) might be upsetting, controversial or disappointing and we are now approaching this more consciously.

Of course, the need for sensitive handling extends to the pictures used to accompany blogs and I have written recently on our latest thinking about this.

Some changes on Evidently Cochrane

We’ve produced new guidance for our bloggers, aligning it with the Cochrane Dissemination Checklist. This should ensure consistency in the language used to talk about the certainty of the evidenceThe certainty (or quality) of evidence is the extent to which we can be confident that what the research tells us about a particular treatment effect is likely to be accurate. Concerns about factors such as bias can reduce the certainty of the evidence. Evidence may be of high certainty; moderate certainty; low certainty or very-low certainty.  Cochrane has adopted the GRADE approach (Grading of Recommendations Assessment, Development and Evaluation) for assessing certainty (or quality) of evidence. Find out more here: https://training.cochrane.org/grade-approach More, for example, whilst encouraging bloggers to bring their own voices to their writing.

We finally translated an old idea into action by adding a glossary, which means that hovering over some of the words, as you may have discovered, brings up a plain language explanation. Whilst our blogs are written in plain language, appropriate for their main target audience, the use of some terms which may be unfamiliar to some readers is inevitable, and we hope this feature will be useful.

We’ve started putting three short take-home points at the end of each blog, to make it easier for readers to find the key information and as a recap at the end of the blog. We also share these points in an image on social media, with a link to the blog.

It was time to review the blog categories we chose when Evidently Cochrane started, seven years ago, and make some changes. In particular, we’re pleased to have added categories for patient experience and patient and public involvement, making it easier for you to find blogs on these. It’s not new, but worth noting that many of our most popular blogs are in the category for our ongoing Evidence for Everyday Health Choices series, written for (and sometimes by) patients and others making health choices, often for common health conditions.

This year, our special series ‘Maternity Matters’ shared blogs and other resources on women’s and babies’ health, during and after pregnancy and childbirth. Five of the ten most viewed blogs published in 2019 were from this series, which has plenty for midwives, childbearing women and more. 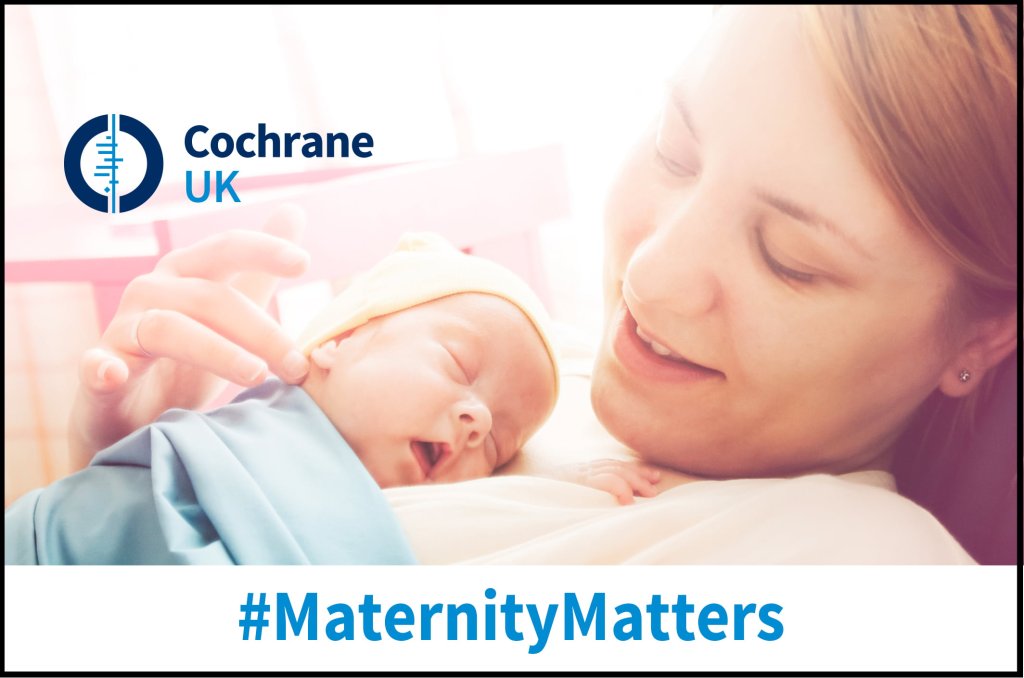 Our special series Maternity Matters shared blogs and other resources on women’s and babies’ health, during and after pregnancy and childbirth.

We’re looking forward to more special series next year, focusing on other NHS clinical priority areas. We’re working with colleagues at Cochrane Common Mental Disorders to bring you a special series on children and young people’s mental health, throughout the month of February, followed in the summer by one on cancer.

We’re also planning a monthly series, beginning in January, exploring some concepts that are important for weighing up the health headlines and claims you might see about treatments. Big claims might be made about a new drug or wound dressing, for example, but new isn’t necessarily better. By the same token, a treatmentSomething done with the aim of improving health or relieving suffering. For example, medicines, surgery, psychological and physical therapies, diet and exercise changes. More that’s been used for a long time might not be helpful and it might even harm. We’ll be inviting twelve guest bloggers to explain and explore these and other concepts, with some examples from the Cochrane Library and from practice.

I am so grateful to everyone who contributes to Evidently Cochrane. To my Cochrane UK colleagues who advise on the clinical implications of the reviews we might write about, write blogs, provide information on the reviews, related guidelines and more, and help share them. To every one of our brilliant bloggers, for contributing their time and expertise in this way. To all who share them and, of course, to all our readers. I hope you’ll keep reading, commenting and sharing in 2020 and I look forward to hearing new things from some who have blogged here before and from some new bloggers too – to borrow from T.S.Eliot “next year’s words await another voice”.

Wishing you a healthy and happy holiday season. See you in January.

Sarah Chapman is the Editor of Evidently Cochrane and thus entirely partial!

Evidently Cochrane: reflecting on the year and looking ahead by Sarah Chapman