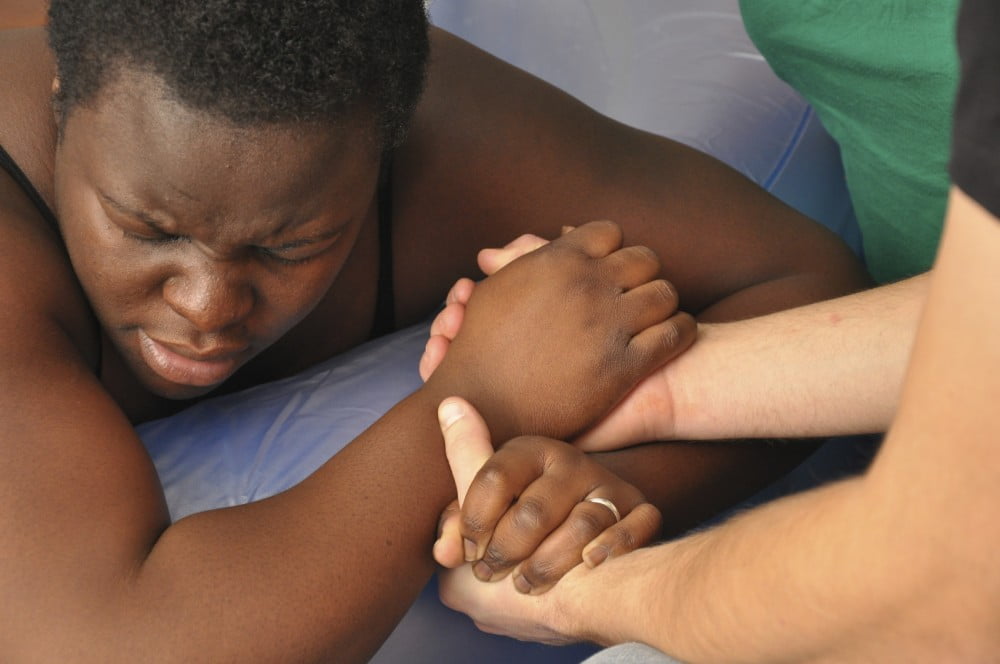 In this guest blog, midwifery lecturer Mercedes Perez Botella considers the latest Cochrane evidenceCochrane Reviews are systematic reviews. In systematic reviews we search for and summarize studies that answer a specific research question (e.g. is paracetamol effective and safe for treating back pain?). The studies are identified, assessed, and summarized by using a systematic and predefined approach. They inform recommendations for healthcare and research. on how to push in second stage. She also reflects on aspects of this part of the birth experience that aren’t captured in these trialsClinical trials are research studies involving people who use healthcare services. They often compare a new or different treatment with the best treatment currently available. This is to test whether the new or different treatment is safe, effective and any better than what is currently used. No matter how promising a new treatment may appear during tests in a laboratory, it must go through clinical trials before its benefits and risks can really be known., a good reminder that best practice will bring together evidence, clinical judgement and the preferences of the women in your care.

Some clinicians (including me) have long believed that directed pushing does not reduce the duration of the second stage of labour, that the impact on perineal damage is unchanged and that neonatal status as measured by the Apgar at 5 minutes and admission to the neonatal care unit are not improved by this type of pushing technique. Now a Cochrane review* has found “no conclusive evidence to support or refute any specific style or recommendation as part of routine clinical practice” and that “patient preference and clinical situations should guide decisions.”

On the other hand, spontaneous pushing is more concerned with supporting the woman to follow her own instincts to bear down at the rateThe speed or frequency of occurrence of an event, usually expressed with respect to time. For instance, a mortality rate might be the number of deaths per year, per 100,000 people. and with the strength that her body prompts her to do.

Do either directed or spontaneous pushing facilitate woman centred care? Do either of them improve the birth experience for all involved?

Let’s think for a minute about those women who will feel empowered by the fact that they were able to birth without anyone shouting in their ears, “Keep it going!”, “Once more!”, “Don’t waste the contraction!” and the like. These are portrayed constantly by the media and convince women that, actually, being told how and when to push is a normal part of the process and you must wait for those instructions and follow them rigidly. However, feeling disempowered, not listened to and being told what to do are well known triggers of postnatal depression and problems with bonding (Leahy-Warren, McCarthy and Corcoran, 2011).

If one measures the birth experience by the rate of neonatal admission to SCBU at birth or perineal damage (both primary outcomesOutcomes are measures of health (for example quality of life, pain, blood sugar levels) that can be used to assess the effectiveness and safety of a treatment or other intervention (for example a drug, surgery, or exercise). In research, the outcomes considered most important are ‘primary outcomes’ and those considered less important are ‘secondary outcomes’. in this review) then we have no reliable evidence that one type of pushing facilitates a better birth experience. However, spontaneous pushing is a kinder method, more aligned with following birth physiology and with the philosophy that encompasses woman centred care and the belief in women’s bodies and their ability to birth.

Women know what to do

I have always held the strong belief that women (especially those with no epidural analgesia) know where and how to push, especially if they are encouraged to adopt an optimal position (i.e. anything but on the bed!). The feeling tends to be so overwhelming that it is hard to be confused as to where one needs to push.

Must we “do something”?

This belief that women know how to push is not held by all birth attendants, who feel they must guide women to push in the right place, with their mouths closed etc… They feel compelled to “do something” to help the situation, many times with the good intention of ridding the woman of this somewhat challenging (one could say?) event.

In other instances, pressure from the system to empty beds quicker tends to be used as an argument for employing directed pushing. Bed pressure is a phenomenally common and a stressful situation in many labour wards, but not the right argument to employ directed pushing, especially now given the lack of evidence for the benefit of one type over another in this respect.

“The less we do, the more we give”

With regards to some birth attendants feeling they “have to do something”, this leads us to reconsider the arguments of Nicky Leap when she analysed how we sometimes feel compelled to do something while we look after women in labour. “The less we do; the more we give” (Leap, 2010) becomes so powerfully true when we give women the control over their expulsive efforts.

Put women at the centre

This review has shown that we don’t yet have the evidence that there is anything to be gained by directing women to push and the authors conclude that “women should be encouraged to bear down based on their preferences and comfort”. If nothing positive can be gained by interfering with the natural process of labour, then let it be. Ensure your role is to provide authentic support, embedded in a philosophy of care that puts the woman truly at the centre of it and which nurtures the process to develop as nature intended.

‘Remember you are facilitating another person’s process. It is not your process. Do not intrude. Do not control. Do not force your own needs and insights into the foreground. If you do not trust a person’s process, that person will not trust you’ (Heider, 1985).

Facilitating woman-centred care in second stage of labour. Cochrane reviewCochrane Reviews are systematic reviews. In systematic reviews we search for and summarize studies that answer a specific research question (e.g. is paracetamol effective and safe for treating back pain?). The studies are identified, assessed, and summarized by using a systematic and predefined approach. They inform recommendations for healthcare and research. supports choice by Mercedes Perez Botella is licensed under a Creative Commons Attribution-NoDerivatives 4.0 International License.
Based on a work at http://onlinelibrary.wiley.com/doi/10.1002/14651858.CD009124.pub2/abstract.
Permissions beyond the scope of this license may be available at http://onlinelibrary.wiley.com/doi/10.1002/14651858.CD009124.pub2/abstract.

The featured image is not available for reuse as it was purchased from istock.com for Evidently Cochrane

Lemos A, Amorim MMR, Dornelas de Andrade A, de Souza AI, Cabral Filho JE, Correia JB. Pushing/bearing down methods for the second stage of labour. Cochrane Database of Systematic ReviewsIn systematic reviews we search for and summarize studies that answer a specific research question (e.g. is paracetamol effective and safe for treating back pain?). The studies are identified, assessed, and summarized by using a systematic and predefined approach. They inform recommendations for healthcare and research. 2015, Issue 10. Art. No.: CD009124. DOI: 10.1002/14651858.CD009124.pub2.

Leahy-Warren P, McCarthy G, Corcoran P. Postnatal depression in first-time mothers: prevalenceThe proportion of a population who have a particular condition or characteristic. For example, the percentage of people in a city with a particular disease, or who smoke. and relationships between functional and structural social support at 6 and 12 weeks postpartum. Arch Psychiatr Nurs 2011;25(3):174-84. doi: 10.1016/j.apnu.2010.08.005. Available from: http://www.psychiatricnursing.org/article/S0883-9417(10)00109-3/abstract
Leap N. The less we do, the more we give. In: Kirkham M, editor. The Midwife-mother relationship. 2nd ed. London: Palgrave-McMillan; 2010. p. 17-36.

Mercedes is a Midwifery Lecturer and a member of the ReaCH unit (Research in Childbirth and Health - UCLan) since 2012. She has a special interest in enhancing the learning experience of students as well as contributing to the advancement of midwifery care through research. In particular, she is keen to develop further understanding around what constitutes positive experiences during childbirth for both women and carers and she has published some work in this area.