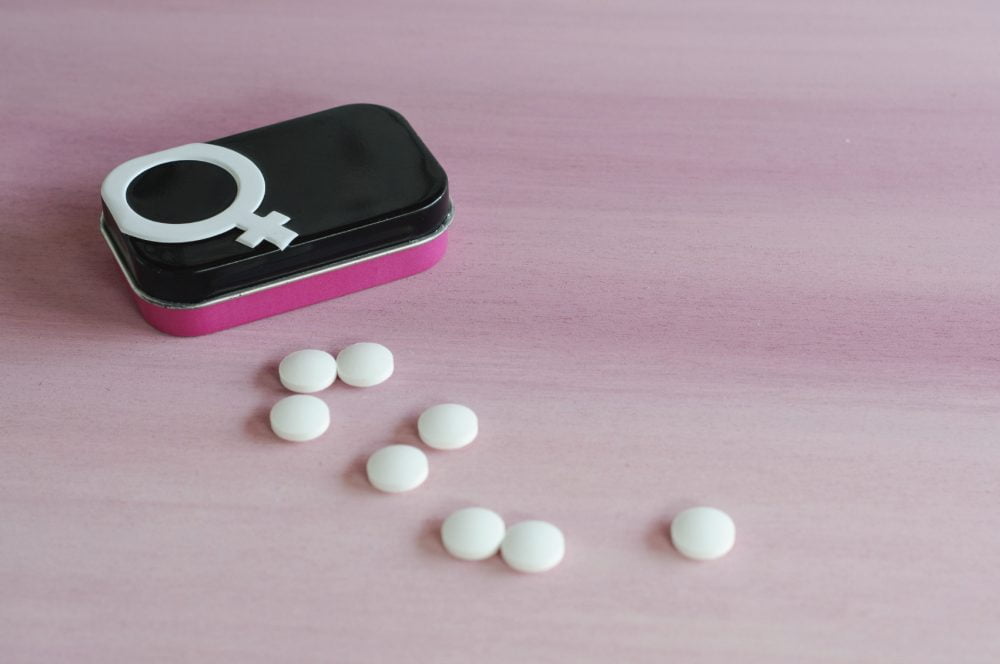 A blog by Lynda Ware, Senior Fellow in General Practice with Cochrane UK, for non-medical readers, on treatment choices for women with heavy periods.

In February 2016 a newspaper headline caught my eye:

The article described a centuries-old custom, still practised in Nepal, of confining women to a cowshed or outbuilding during their period. This ingrained cultural practice called chaupadi (which translates as ‘untouchable being’) considers menstrual loss to be ‘impure’ and places severe restrictions on what women can eat, where they can go and with whom they can interact. The damage to women – both physical and psychological – is huge and efforts are being made to outlaw the behaviour.

A month before this piece was written, a Cochrane review was published looking at Surgery versus medical therapy for heavy menstrual bleeding. It occurred to me that this highlighted the very different world in which we live.

How heavy is heavy?

Now here’s the rub. What constitutes an unacceptably heavy period is very subjective. Medical wisdom defines heavy menstrual bleeding (or menorrhagia, to give it its medical name) as a loss of 80ml or more per menstrual cycle. When menstrual blood is measured (and it can be!) only about half of the women attending gynaecology clinics with a complaint of heavy periods are losing 80ml or more. A survey of menstruating women conducted in 2004 in the UK found that the self-reported incidence of menorrhagia was 25%. It is estimated that 5% of otherwise healthy women consult their GP complaining of heavy periods.

Heavy menstrual bleeding can significantly impair quality of life. It can of course cause anaemia and incurs a not insubstantial financial cost in terms of sanitary items and lost days at work if severe.

What is available to help?

A number of medical and surgical options are available to help lessen menstrual bleeding.

Initial treatment for menorrhagia, as recommended by NICE and the Royal College of Gynaecologists and Obstetricians, is usually medical and includes:

Levonorgesterel-intrauterine device (LNG-IUS). This is inserted into the womb and lasts for up to five years. It releases a low level of levonorgestrel (a progesterogenic hormone) which has the effect of suppressing the lining of the womb (endometrium). It has been reported to reduce menstrual loss by 94% in three months. It has the added advantage of being a highly effective contraceptive. However, it commonly causes irregular bleeding in the first few months of use and some women experience hormonal side effects such as weight gain and bloating.

Anti-fibrinolytic drugs such as tranexamic acid inhibit the breakdown of blood clots and can reduce bleeding by 40-50%. They are taken during menstruation and are usually well tolerated but can cause mild nausea and diarrhoea. Historically there  has been some concern that they may increase the risk of venous thromboembolic disease (ie blood clots in the legs or lungs).

Non-steroidal anti-inflammatory drugs (NSAIDs) such as mefenamic acid and naproxen can reduce bleeding by 33-55%. These drugs are also taken just at the time of menstruation. Side effects such as indigestion and diarrhoea are less likely to cause problems since the NSAIDs are only taken for a few days each cycle.

Progestogens such as norethisterone and medroxyprogesterone acetate are taken on a cyclical basis. They can be effective at reducing blood loss and at helping to regulate the menstrual cycle. Long term they are often unacceptable because of their side effects such as bloating, headache, breast tenderness and breakthrough bleeding. The contraceptive injection (eg Depo-Provera) may stop periods altogether but it is not licensed as a treatment for menorrhagia.

The combined oral contraceptive pill can often diminish menstrual loss although there is little randomized evidence supporting this.

Danazol is a synthetic hormone and it is highly effective at reducing menstrual loss. However side effects such as weight gain, headache, nausea, tiredness and acne are common and can be severe.

These include hysterectomy and conservative surgery in the form of endometrial resection or ablation.

Hysterectomy requires a general anaesthetic and a lengthy postoperative recovery period. It can be associated with postoperative complications, some of which may be serious.

Endometrial resection or ablation involves removing the lining of the womb by cutting it away or by destroying it, for example by contact with heat, cold or microwaves. These techniques are less invasive than hysterectomy and involve a shorter hospital stay, quicker recovery and fewer postoperative complications. Menstrual bleeding does not always cease completely and contraception should still be used. It has been reported that up to a third of women go on to have a hysterectomy after a previous ablation procedure.

This review from the Cochrane Gynaecology and Fertility Group set out to compare the effectiveness, safety and acceptability of surgery versus medical therapy for heavy menstrual bleeding. It was published in January 2016 as an update to the original from 2010. Fifteen trials were included involving 1289 women, aged 30-50, all of whom had sought help for heavy periods.

The quality of the evidence varied from very low to moderate.

Some of the findings from the long-term studies were difficult to interpret since many women randomized to medical treatments went on to have surgery.

So what did the review find?

Surgery, especially hysterectomy, reduced menstrual loss more than medical treatment at one year. Oral medication did, however, suit a minority of women long term. There was no conclusive evidence of a difference in satisfaction between surgery and LNG-IUS. A high proportion of women initially treated with oral medication, conservative surgery or the LNG-IUS went on to require further intervention. Hysterectomy, though the definitive treatment, was sometimes associated with serious side effects. Conservative surgery and the LNG-IUS appeared to be safe, acceptable and effective.

A multi-centre trial is under way in the Netherlands looking at an up-to-date method of endometrial ablation and comparing it to the LNG-IUS.

It has always seemed to me to be a design flaw in the grand scheme of things that women are destined to have periods for nearly forty years of their lives. Not very 21st century – surely we can do better?

For many the monthly cycle is a nuisance; for others it is a regular life changer causing disruption to everyday life. In Nepal it can mean rejection by society, sometimes with disastrous consequences. This review gives an insight into the choices available to some women.

Since writing this blog a further Cochrane Review has been published looking specifically at the role of antifibrinolytics for heavy menstrual bleeding. The updated review studied comparisons of antifibrinolytic drugs, mainly tranexamic acid, versus placebo/no treatment, the LGN-IUS, progestogens, and NSAIDs.

There are insufficient data to determine whether antifibrinolytics are associated with an increase in adverse events, in particular venous thromboembolism.

Since April 2018 five updated Cochrane reviews have been published looking at the effectiveness and safety of different ways to reduce menstrual blood loss in women with heavy periods. Three reviews considered medical therapies and two summarised data on surgical techniques.

An updated review on the use of combined oral contraceptives (COCP) concluded that there is moderate quality evidence suggesting that COCPs reduce unacceptable heavy periods and improve quality of life and haemoglobin levels when compared to placebo. However, they may be less effective than the levonorgestrel-releasing intrauterine system (LNG-IUS). There is insufficient evidence to determine how they compare with non-steroidal inflammatory agents (NSAIDs) or long course progestogens.

Another updated review considered the effectiveness of cyclical progestogens. The authors found that short courses of oral progestogen, taken for ten days per month, may be less effective than other medical treatments at making periods lighter. When taken for longer, from days 5 to 26 of the menstrual cycle, progestogens reduce menstrual loss but may still be inferior to tranexamic acid, COCPs and the LNG-IUS. The quality of evidence is low to very low.

In September 2019 an updated review was published looking non-steroidal anti-inflammatory drugs (NSAIDs) for the treatment of heavy menstrual bleeding. There were no changes to the conclusions of the previous review that NSAIDs may be more effective than placebo at reducing heavy menstrual loss but less so than tranexamic acid, danazol and the LNG-IUS.

In February 2021 a Cochrane systematic review: Endometrial resection and ablation versus hysterectomy for heavy menstrual bleeding  concluded that, although hysterectomy is more effective at resolving bleeding problems and women’s satisfaction rates are higher, endometrial resection/ablation is an alternative procedure which is less expensive, involves a shorter operation time and hospital stay and leads to an earlier recovery. However, there is a higher risk of treatment failure with endometrial resection/ ablation compared to hysterectomy and up to 13% of women will go on to have further surgery. The certainty of the evidence is mostly moderate, meaning the authors believe that these conclusions are probably close to the true effect.

An update of a 1999 Cochrane review was published in June 2020 comparing the effectiveness and safety of progestogen-releasing intrauterine systems with other medical and surgical treatments for heavy menstrual bleeding.

Compared to norethisterone acetate, medroxyprogesterone acetate, oral contraceptive pills, mefanamic acid, tranexamic acid or usual medical treatment, levonorgestrel-releasing intrauterine systems (LNG-IUS) may lower menstrual loss and slightly improve quality of life. Comparing LNG-IUS to endometrial ablative methods, the evidence is inconsistent and the authors are uncertain whether there is a difference in bleeding outcomes, satisfaction with treatment, quality of life or rate of failure. It is also uncertain whether LNG-IUS is better or worse than hysterectomy.

Join in the conversation on Twitter with @lynda_ware  @CochraneUK and or leave a comment on the blog.

People who comment on our blogs often have further questions, including about the effects of treatments. If you have a question about a health claim you have heard or read (e.g. does the use of petrol pumps spread COVID-19 (coronavirus disease)?) you can submit it to iHealthFacts, a fact-checking resource.

What can be done to help heavy periods? by Lynda Ware