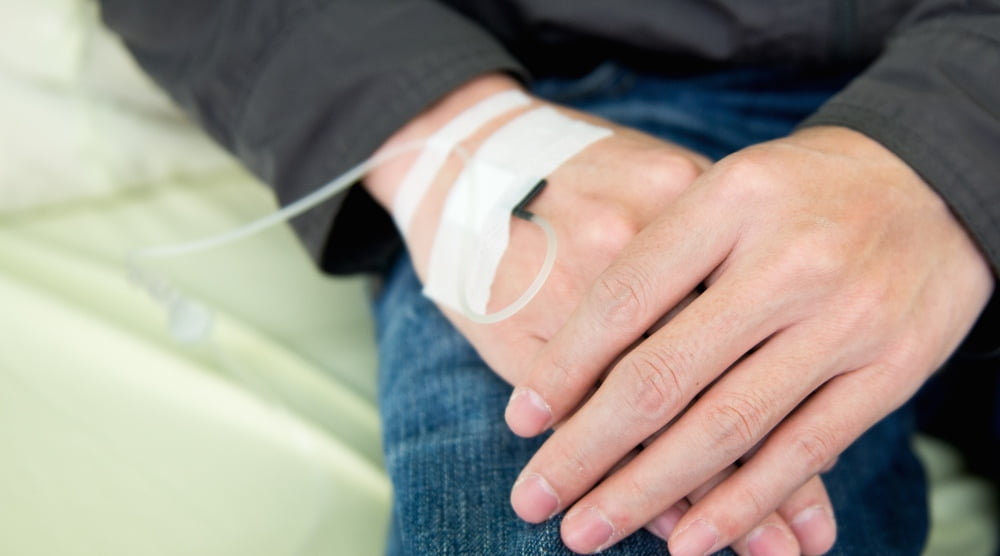 How useful is intravenous magnesium sulfate in treating people arriving in the Emergency Department with asthma attacks? Can it help some to avoid hospital admission? In this guest post, Dr Chris Cates looks at the latest evidence.

The full report of the large “3Mg trial” of intravenous or nebulised magnesium sulfate in adults with asthma exacerbations was published in April 2014[1]. The authors concluded that they “were unable to demonstrate any clinically worthwhile benefit from magnesium sulphate in acuteA health condition (or episodes of a health condition) that comes on quickly and is short-lived. More severe asthma”, and thereby questioned whether there was a place for using intravenous magnesium sulfate in adults with an asthma exacerbation who had not responded to the first line treatments of steroid tablets (on injections) in combination with nebulised salbutamol and ipratropium.

However, the confidence interval around their findings on hospital admission were too wide to rule out a beneficial effect of treatmentSomething done with the aim of improving health or relieving suffering. For example, medicines, surgery, psychological and physical therapies, diet and exercise changes. More with intravenous magnesium sulfate, and they did not combine the results of this new trial with the existing evidence from previous randomisedRandomization is the process of randomly dividing into groups the people taking part in a trial. One group (the intervention group) will be given the intervention being tested (for example a drug, surgery, or exercise) and compared with a group which does not receive the intervention (the control group).   More trialsClinical trials are research studies involving people who use healthcare services. They often compare a new or different treatment with the best treatment currently available. This is to test whether the new or different treatment is safe, effective and any better than what is currently used. No matter how promising a new treatment may appear during tests in a laboratory, it must go through clinical trials before its benefits and risks can really be known. More. This is exactly what the authors have done in the recently published Cochrane review on this topic[2] . When the results of the new trial are added to those of the studies that have gone before, overall the review showed a significant reduction in the chance of being admitted to hospital in those adults who were given intravenous magnesium sulfate compared to a placeboAn intervention that appears to be the same as that which is being assessed but does not have the active component. For example, a placebo could be a tablet made of sugar, compared with a tablet containing a medicine. More injection. In absolute terms, there was a reduction of seven hospital admissions for every 100 adults who were treated with magnesium sulfate. There was uncertainty due to the play of chance, meaning that we are confident that, for every 100 adults with acute asthma treated with intravenous magnesium, between two and 13 fewer adults would need admission to hospital.

As a double check, the results remained very similar when the reviewers excluded the results of studies that were not published in full, or were not protected by a double-blind design. They also looked to see if they could identify a difference between the effectivenessThe ability of an intervention (for example a drug, surgery, or exercise) to produce a desired effect, such as reduce symptoms. More of intravenous magnesium sulfate in adults who had already been given nebulised ipratropium or those who had not, and for differences in the effect of magnesium sulfate according to how severe the person’s asthma attack was. They could not find any clear differences, but this does not mean that intravenous magnesium sulfate necessarily works just as well across all these circumstances, we just do not yet know!

In the randomised trials, intravenous magnesium sulfate was given as a single dose of 1.2 g or 2 g over 15 to 30 minutes. Used in this way the overall evidence showed that there were improvements in lung function and a reduction in the riskA way of expressing the chance of an event taking place, expressed as the number of events divided by the total number of observations or people. It can be stated as ‘the chance of falling were one in four’ (1/4 = 25%). This measure is good no matter the incidence of events i.e. common or infrequent. More of hospital admission. Even though the recent trial was not conclusive, the sum of the evidence from all randomised trials does suggest benefit from intravenous magnesium sulfate on lung function and the risk of hospital admission, in adults with acute asthma exacerbations that have not resolved with current first line treatments.

2. Kew KM, Kirtchuk L, Michell CI. Intravenous magnesium sulfate for treating adults with acute asthma in the emergency department. Cochrane Database of Systematic ReviewsIn systematic reviews we search for and summarize studies that answer a specific research question (e.g. is paracetamol effective and safe for treating back pain?). The studies are identified, assessed, and summarized by using a systematic and predefined approach. They inform recommendations for healthcare and research. More 2014, Issue 5. Art. No.: CD010909. DOI: 10.1002/14651858.CD010909.pub2.

Cochrane summary of this review: http://summaries.cochrane.org/CD010909/do-magnesium-sulfate-infusions-reduce-the-need-for-hospital-admission-in-adults-with-acute-asthma

Dr Christopher Cates is a senior clinical research fellow at St George's, University of London and woks as the Co-ordinating Editor of the Cochrane Airways Group. Dr Cates started as a systematic reviewer with the Group at St George’s in 1995 and has authored a number of systematic reviews summarising the risks and benefits of a variety of inhaled treatments and vaccinations for asthma and COPD. He also worked in primary care as a GP in Hertfordshire for 23 years, and has a particular interest in applying evidence in practice.