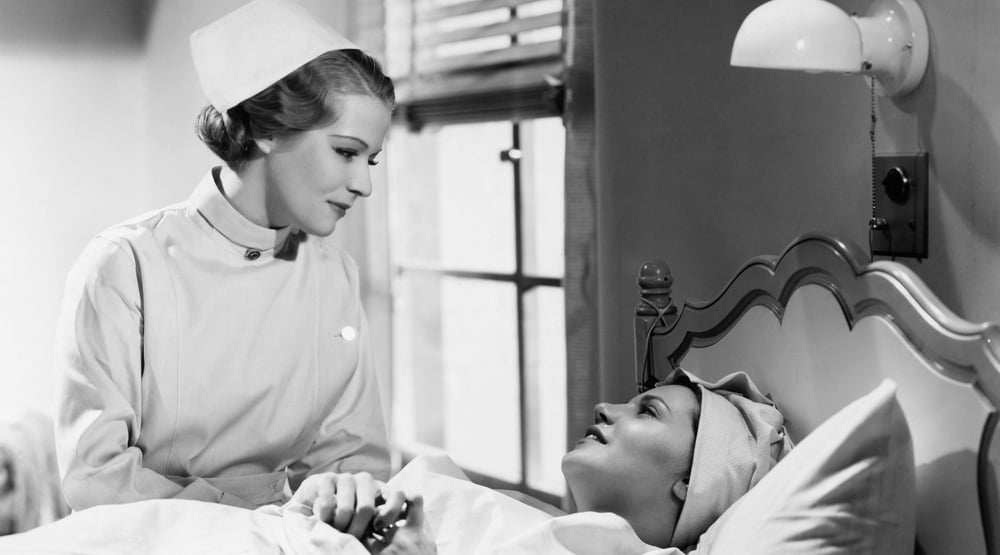 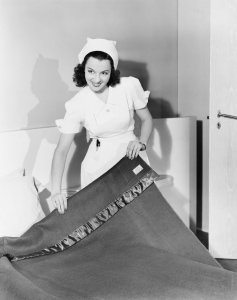 “#hellomynameis Daphne and I’m going to be giving you some great evidence-based nursing care today!”

I’m back with another blog for nurses and the very latest evidence on some basics of care which are common across specialities. I don’t mean the really basic basics (my diary reminds me that when I was a brand new student nurse I was so rubbish at bed-making that I was required to stay behind after class for extra practice!). Thinking of which, I must just mention here the wonderful thing Dr Kate Granger has done through her #hellomynameis campaign, reminding all those who work in healthcare what a difference it makes to patients if you tell them your name. If you’ve missed that (where have you BEEN?!) then hurry to Kate’s blog to see how it began and then check out #hellomynameis on Twitter.

Flushing CVCs – time for a change?

Firstly, the business of flushing central venous catheters (such as Hickman lines) to maintain patency and avoid thrombus formation, for which heparin is the standard choice. Reviewers from the Cochrane Peripheral Vascular Diseases Group set about plugging the evidence gap as they could find no systematic review on the effectiveness and safety of heparin for this practice. Using saline would be cheaper and avoid the potential harms associated with heparin use.

They were able to include in the review six randomised controlled trials (RCTs) with over 1400 adult patients. Heparin concentrations varied, as did length of follow-up. Overall, the risk of bias in the included studies was low. The reviewers found “no conclusive evidence of important differences when heparin intermittent flushing was compared with 0.9% normal saline flushing for central venous catheter maintenance in terms of efficacy or safety.” They point out that this calls into question its continued use for CVC flushing outside the context of clinical trials.

Here’s another basic – trying to reduce your patient’s risk of getting that most common of hospital-acquired infection, a urinary tract infection and specifically one associated with having an indwelling urethral catheter (CAUTI). One strategy is to use a catheter  designed to reduce the infection risk, such as an  antiseptic-coated or antimicrobial-impregnated catheter.

A team from the Cochrane Incontinence Group looked for evidence comparing types of indwelling urethral catheters for short-term catheterisation (intended to be for less than two weeks) in hospitalised adults. They included in their review one large cluster-randomised cross-over trial with almost 28,000 adults and 25 parallel group trials with 12,422 adults. No trials compared one antiseptic catheter with another, nor an antimicrobial catheter with another.

The evidence on silver alloy catheters and infection rates comes from a large, robust RCT, specifically designed to determine their effectiveness compared with standard catheters as used in NHS hospitals, where the median duration of catheterisation was only two days. They carried out a sub-group analysis which showed that the risk of infection was not influenced by the duration of catheterisation. The same trial provided evidence on infection rates with nitrofurazone-impregnated catheters.

This evidence does not provide support for choosing more expensive options over standard catheters.

I was glad to note that the process of deciding which outcomes to include in the review involved consultation with patients, as well as health professionals and a health economist, to find out what mattered most to them. Both patients and professionals agreed that infection and discomfort were important, but it will not surprise nurses reading this (nor anyone who has experienced catheterisation) that patients also highlighted duration of catheterisation and hospital stay, the ability to wear clothes comfortably and impact on self-esteem (a reminder that compassionate care is crucial, whatever equipment you’re using). 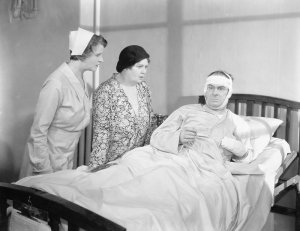 “Are you sure this home-made dressing is better than the expensive sort?”

‘Negative pressure wound therapy’ (NPWT), the application of suction to healing wounds, is no longer limited to chronic wounds like leg ulcers. Its use is rapidly widening, the number of systems on the market growing and, with it, money to be made for companies producing these special dressings. It’s important to know how effective and safe they are and how they compare with each other, with other types of dressings and indeed with ‘home-made’ NPWT dressings (haven’t nurses always been resourceful?).

A review on NPWT for surgical wounds from the Cochrane Wounds Group has recently been updated with the latest evidence, which now stands at nine RCTs (785 people)*. They involved patients with skin grafts, orthopaedic patients, general surgery and trauma patients. Commercially available NPWT devices were compared with home-made NPWT dressings and with standard dressings.

Three cheers for home-made dressings then. But we are left not knowing whether NPWT actually works, in terms of promoting faster healing and reducing complications associated with surgical wounds and skin grafts. This matters, doesn’t it, given its widespread use and the cost implications? We also need better evidence; the included trials were small, follow-up times varied widely and in several the risk of bias was high or unclear.

*The review was updated again in March 2019, with the addition of 25 trials, but the results are consistent with the earlier review. The authors conclude that “uncertainty remains about whether NPWT compared with a standard dressing reduces or increases the incidence of important outcomes such as mortality, dehiscence, seroma, or if it increases costs.”

Cheaper may be better!

This is a message to warm the cockles of our budget holders’ hearts and it here it is, coming out of the evidence. Hoorah! However, there’s clearly much to be done in the context of clinical trials and let’s hope that future updates of these reviews are able to include more and better evidence, to address some of the remaining uncertainties.

In today’s news we’ve heard the controversy over the drug Avastin and a call by the Royal College of Ophthalmologists for its use to be approved for treating age-related macular degeneration, rather than the expensive drug currently used, Lucentis. Cochrane evidence has been crucial in establishing this as a viable alternative which is just as good for the patient and very much cheaper. You can read more about this in my earlier blog and in this Cochrane editorial. Another reminder that evidence can help establish how best to use resources without compromising patient care.