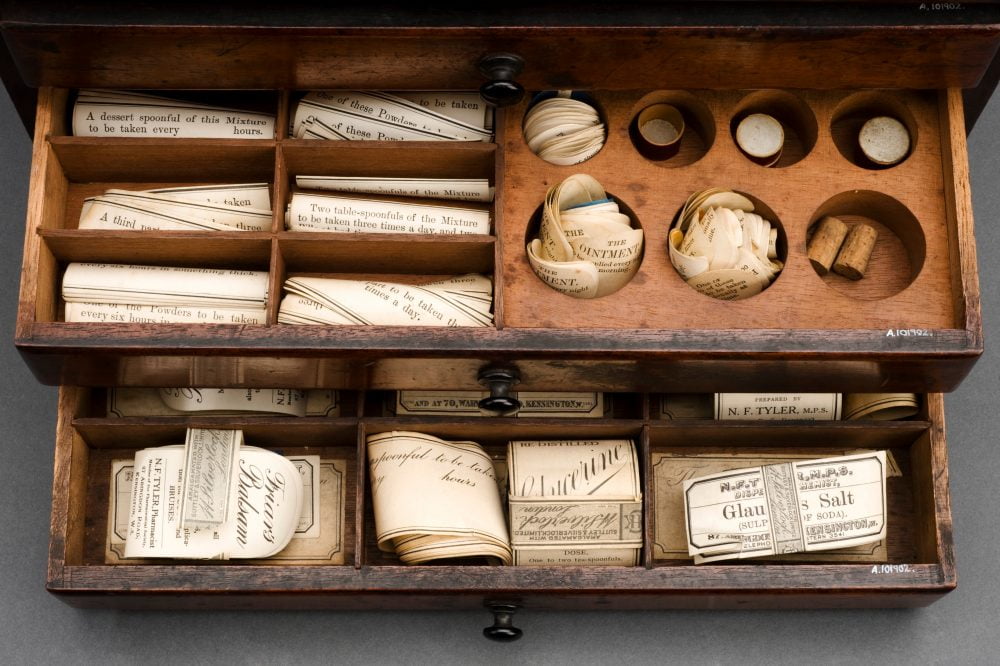 To end the year on Evidently Cochrane, we have dug into a cabinet of medical curiosities and invite you to take our quiz.

The Christmas holidays are always associated in my mind with museums, and in particular the National Maritime Museum, my father’s workplace and sometimes my playground. After my parents’ divorce, I would stay with Dad for part of the holidays and I loved the days when he’d take me to work. What delicious privilege to be able to enjoy both the public spaces and the private ones, and at Christmas there was a spread of festive food in every office with an open invitation to tuck in! With a Quality Street or two in my pocket, no doubt, and while Dad’s attention was on lighthouses and navigational instruments, I would seek out my favourite artefacts. These included Nelson’s jacket, a 3D landscape which at the touch of a button would change from day to night, and anything to do with marine archaeology – shockingly dismissed by Dad as “the soggy wood department”! Which is all a roundabout way of saying that I’m pleased to have the excuse to share some artefacts with you on the slim pretext of a quiz for these between-Christmas-and-New-Year days, from the Science Museum and the Wellcome Collection.

Give yourself a point for identifying what the following were used for, another point for a date (allow yourself a bit of a margin – I’m feeling generous) and an extra point for any other information about it. Bonus activities – talk about the artefact for one minute (no hesitation or repetition) and then check out the tangentially linked Cochrane evidenceCochrane Reviews are systematic reviews. In systematic reviews we search for and summarize studies that answer a specific research question (e.g. is paracetamol effective and safe for treating back pain?). The studies are identified, assessed, and summarized by using a systematic and predefined approach. They inform recommendations for healthcare and research.. 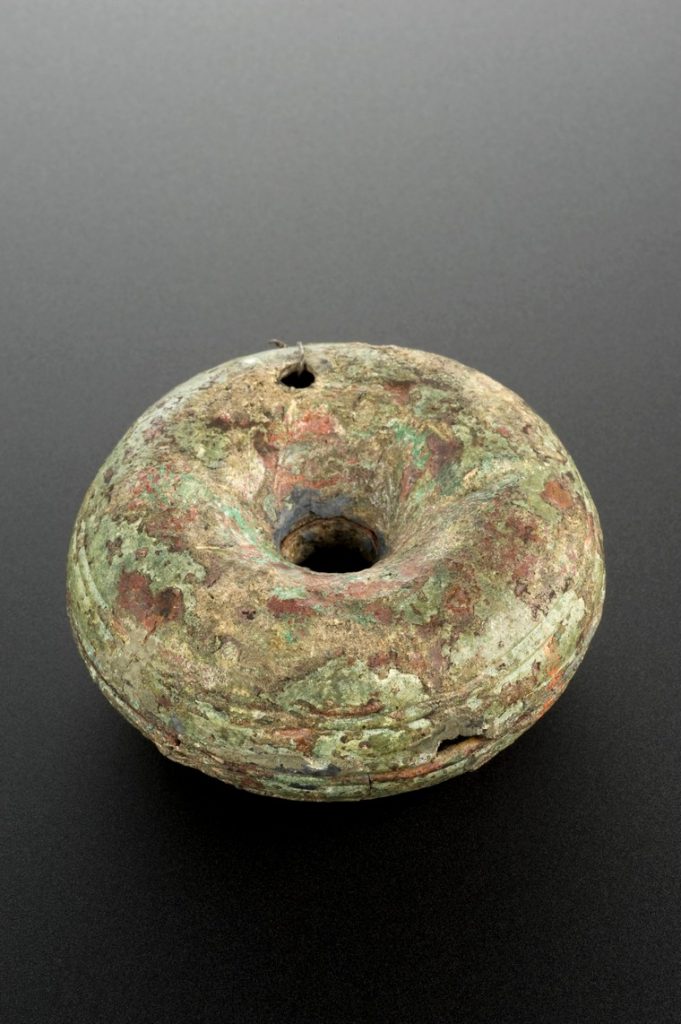 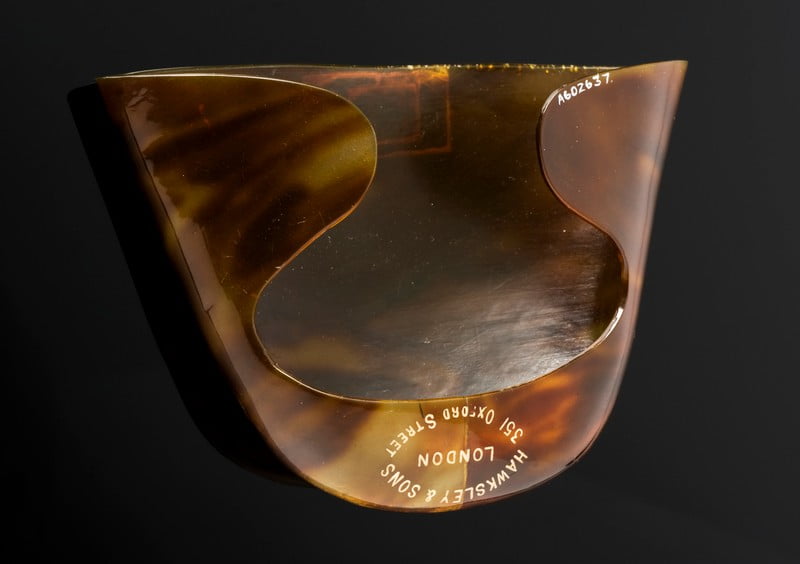 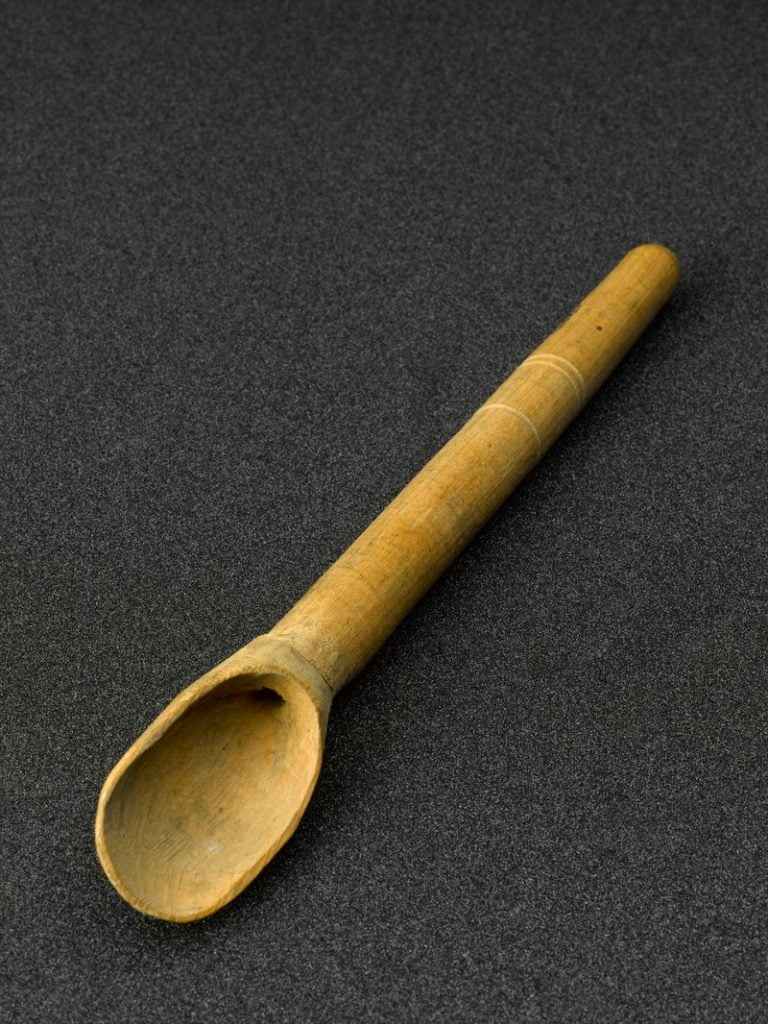 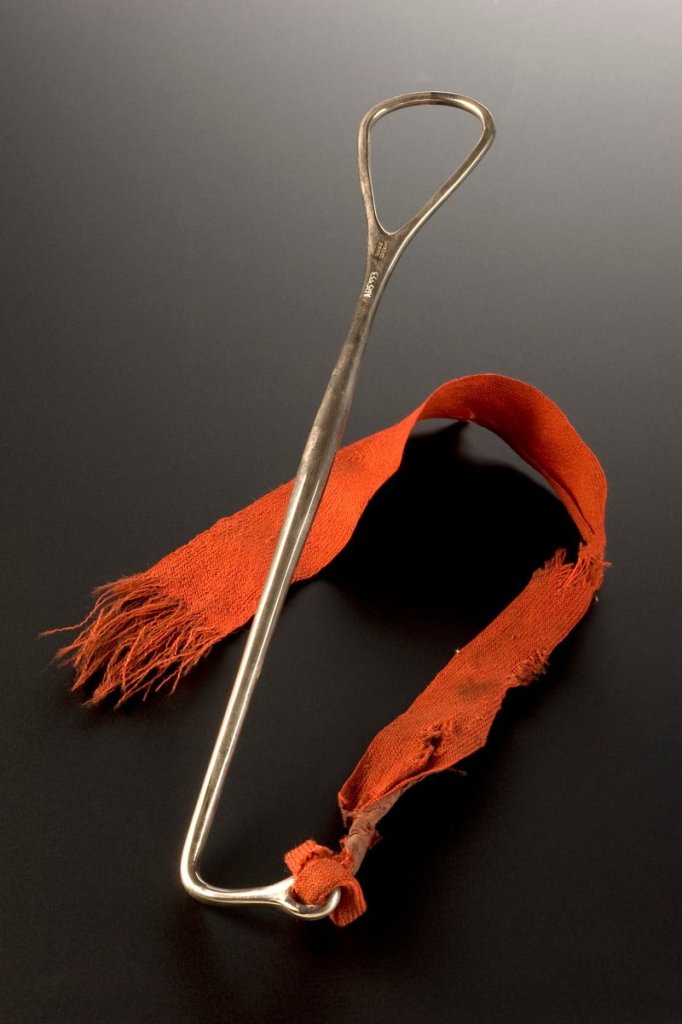 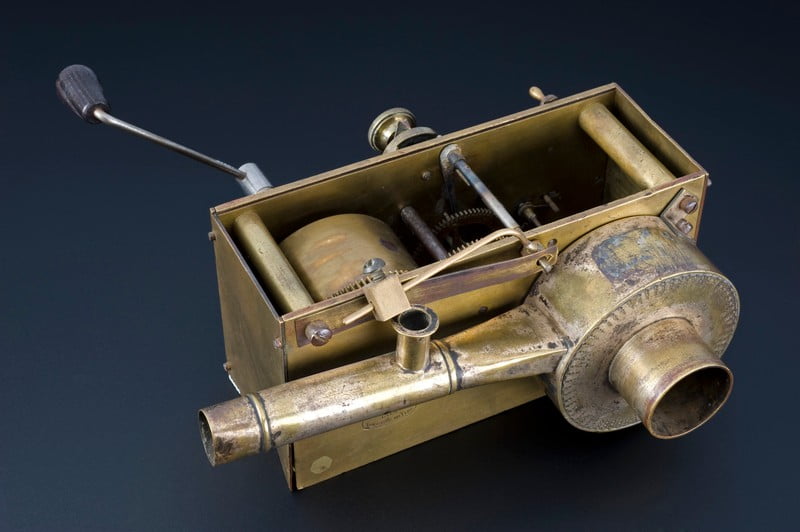 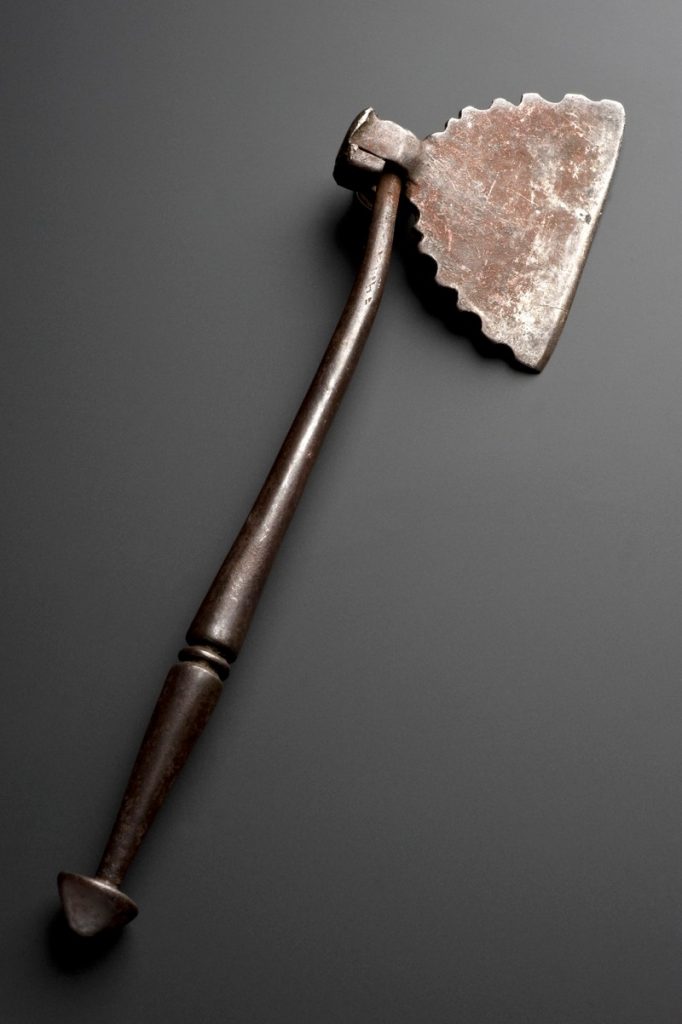 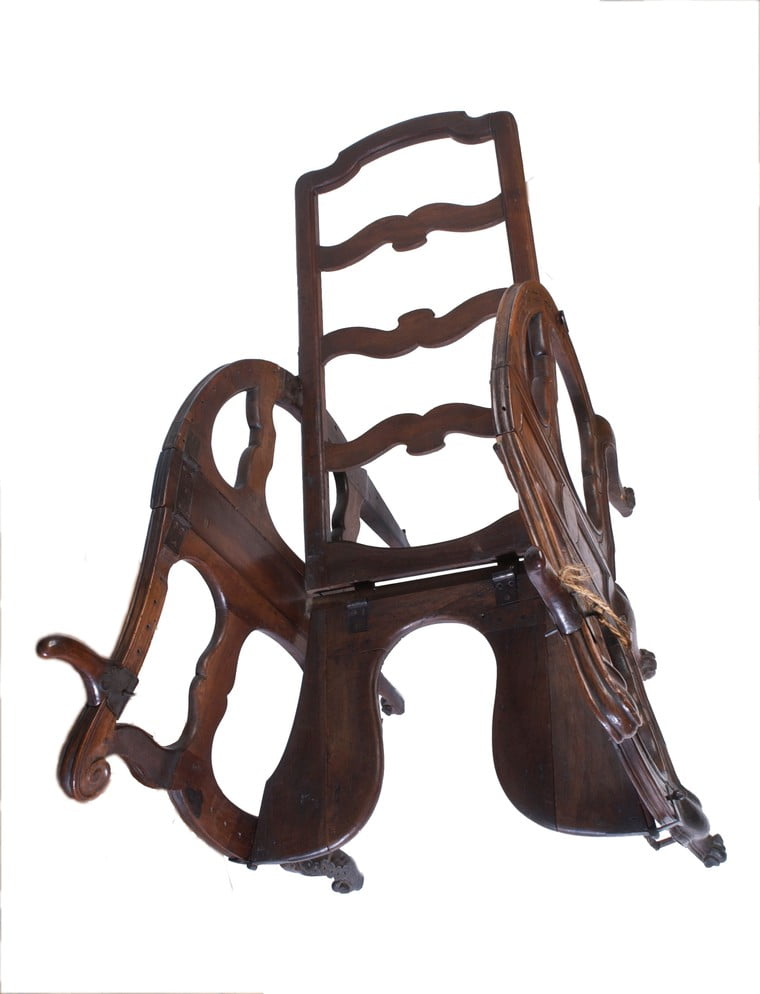 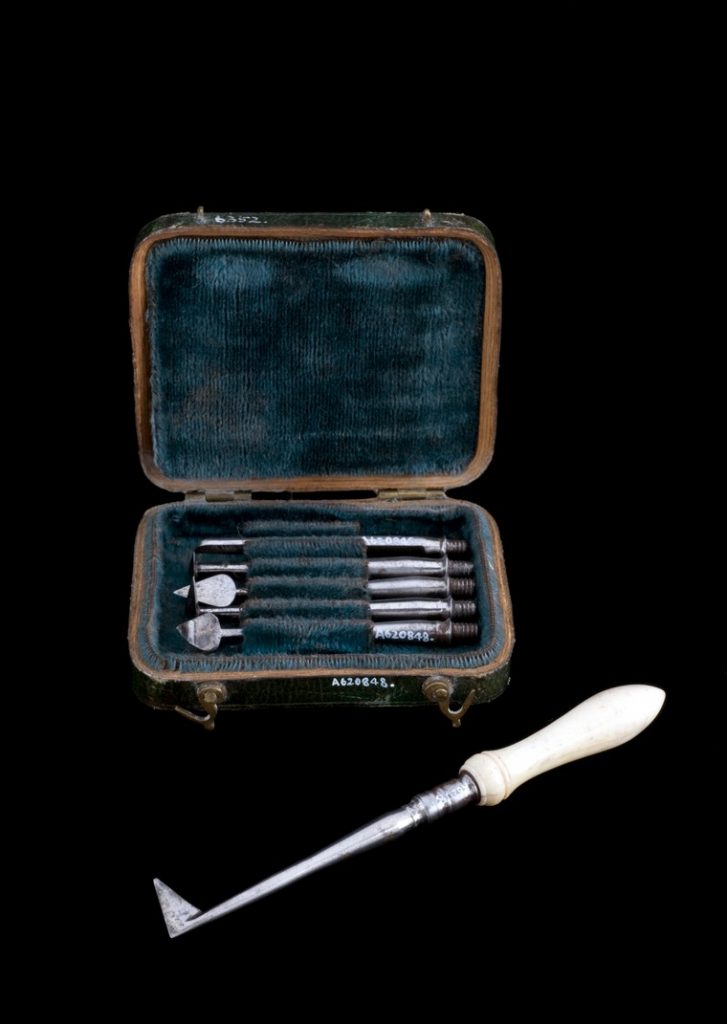 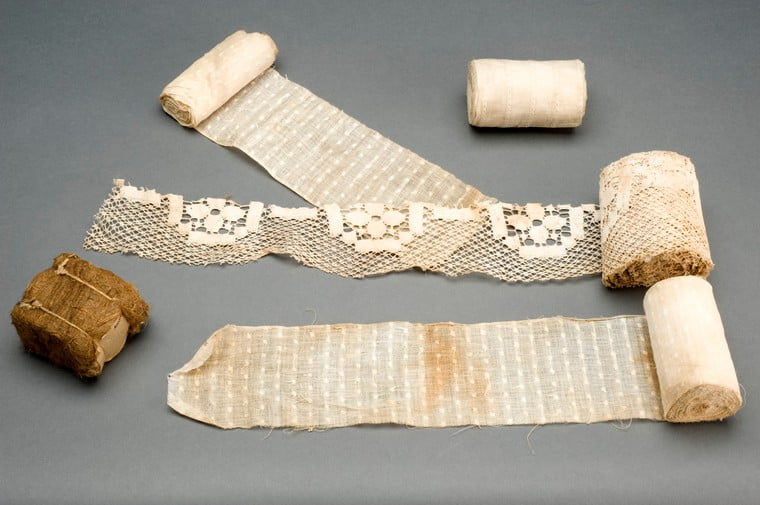 How did you do?

Many women today share this problem with their Roman forebears, and pessaries are still commonly used. A Cochrane Review looking for evidence on pessaries for pelvic organ prolapse found just one studyAn investigation of a healthcare problem. There are different types of studies used to answer research questions, for example randomised controlled trials or observational studies., comparing ring and Gellhorn pessaries, so this is an ongoing area of uncertainty despite its long history.

2. Hearing aid, London, England, 1900-1940. Made from imitation tortoiseshell, this simple device would have fitted over the ear and been hidden under the hair. With the end inserted into the ear it acted like a mini ear trumpet, amplifying sounds to help people who were partially deaf to hear more clearly.

Well I must say I’m very grateful not to have to use such a thing and instead have my wonderful digital aids. I blogged about two Cochrane Reviews on hearing aids here.

3. Urine director, Middle East, 1851-1910. A spoon-like bowl is connected to a tube which is decorated with three carved bands on the handle. The female user directs urine into the spoon-like bowl and it is channelled through the tube.

The page also says that these devices are available today, for use on camping trips, reminding me (unnecessarily) how much I loathe camping. I don’t think this device would need testing in a trial, but there is plenty we need to know about urinary catheters and we have blogs here on evidence and practice on intermittent catheterisation, urinary catheter care and short-term catheterisation.

Many reviews from Cochrane Pregnancy and Childbirth include instrumental delivery as an outcome as it is, of course,  something women and those caring for them in labour hope to avoid. This might be a good moment to direct readers to this blog on what can help with perineal pain after birth.

5. Antiseptic machine, England, 1879. Anthony Bell, a surgeon based in Newcastle, patented the design for his device in 1879. The machine was used to make the surrounding air antiseptic. The hammer tapped the base of a small container of medicated powder, rather like an upside down salt shaker. The powder was sprinkled into the path of a fan in the tinned cylinder at the back of the machine. Air from the fan was propelled through a piece of gauze sprayed with carbolic acid. The medicated powder and the carbolic acid combined to rid the air of germs.

With this one consigned to history, I’ll direct you to a recent Cochrane overview of Cochrane ReviewsCochrane Reviews are systematic reviews. In systematic reviews we search for and summarize studies that answer a specific research question (e.g. is paracetamol effective and safe for treating back pain?). The studies are identified, assessed, and summarized by using a systematic and predefined approach. They inform recommendations for healthcare and research. on intraoperative interventions for preventing surgical site infection, where you’ll find antiseptics applied to the skin rather than wafted into the air.

I was interested to see that there is a recent Cochrane Review on non-dispensing services by pharmacists for non-hospitalised people but how frustrating that “the pharmacist services were poorly described [in the included studies] and thus limit the ability to replicate these interventions for future trials or for service delivery.” Check out my blog looking at the evidence on medication adherence, which includes interventions involving pharmacists.

Birthing chairs and stools make an appearance in a Cochrane Review on position in the second stage of labour, but the evidence is not as good as we’d like. As so often, the potential benefits and harms need to be weighed up, but upright positions probably reduce the risk of instruments needing to be used to deliver the baby, compared with lying down positions. You can read more here.

8. Dental descaling set. These descaling instruments were used to remove tartar and plaque from the surface of the tooth. The set contains six descalers, each with a different shaped head, which screw into the ivory handle. These instruments are very sharp but a large amount of force was probably needed to remove deposits. This could be painful, especially if a tooth was loosened or the gums were scratched in the process. Such instruments came into more general use in the 1700s and were used by both dentists and ordinary individuals. But at a time when dental hygiene was virtually non-existent for much of the populationThe group of people being studied. Populations may be defined by any characteristics e.g. where they live, age group, certain diseases., instruments like these were likely to be owned and used by the wealthier members of society.

If you missed my recent blog on routine dental care, including the ‘scale and polish’, you can catch up with it here.

Last week saw the publication of an updated Cochrane Review on transfusion of red blood cells stored for shorter versus longer durations for all conditions. Six studies were added, involving over 40,000 people. The review authors say that “The effect of storage duration on clinically importantClinical significance is the practical importance of an effect (e.g. a reduction in symptoms); whether it has a real genuine, palpable, noticeable effect on daily life. It is not the same as statistical significance. For instance, showing that a drug lowered the heart rate by an average of 1 beat per minute would not be clinically significant, as it is unlikely to be a big enough effect to be important to patients and healthcare providers. outcomesOutcomes are measures of health (for example quality of life, pain, blood sugar levels) that can be used to assess the effectiveness and safety of a treatment or other intervention (for example a drug, surgery, or exercise). In research, the outcomes considered most important are ‘primary outcomes’ and those considered less important are ‘secondary outcomes’. has now been investigated in large, high quality RCTs [randomisedRandomization is the process of randomly dividing into groups the people taking part in a trial. One group (the intervention group) will be given the intervention being tested (for example a drug, surgery, or exercise) and compared with a group which does not receive the intervention (the control group).   controlled trials], predominantly in adults. There appears to be no evidence of an effect on mortalitydeath that is related to length of storage of transfused RBCs. However, the quality of evidenceThe certainty (or quality) of evidence is the extent to which we can be confident that what the research tells us about a particular treatment effect is likely to be accurate. Concerns about factors such as bias can reduce the certainty of the evidence. Evidence may be of high certainty; moderate certainty; low certainty or very-low certainty.  Cochrane has adopted the GRADE approach (Grading of Recommendations Assessment, Development and Evaluation) for assessing certainty (or quality) of evidence. Find out more here: https://training.cochrane.org/grade-approach in neonates and children is low.”

10. Surgical dressing subsititutes, Europe 1914-1918. During the First World War, there was a great demand for surgical dressings. At one time demand outstripped the supply and therefore any spare materials were used as dressings. The greatest shortages developed in Germany after an effective naval blockade prevented supplies of materials reaching German ports. Surgical dressing substitutes were made from a range of textiles, including curtains, cotton muslin and cotton used for petticoats. Perhaps the most unusual material in this group is sphagnum moss. It was first used on a large scale by the Japanese during the Russo-Japanese War (1904-1905). Sphagnum was actually an ideal material as it was good for absorbing and keeping hold of liquids, and it had a cooling and soothing effect. Most importantly sphagnum had antiseptic properties which would help prevent infection and gangrene.

So that’s it for another year on Evidently Cochrane. I hope you’ll come back and see us in the new year.