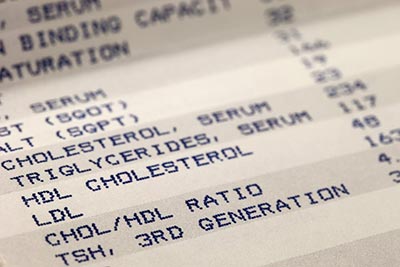 Given that February is National Heart Month (cue Valentine’s Day), I thought I would blog about a recent Cochrane reviewCochrane Reviews are systematic reviews. In systematic reviews we search for and summarize studies that answer a specific research question (e.g. is paracetamol effective and safe for treating back pain?). The studies are identified, assessed, and summarized by using a systematic and predefined approach. They inform recommendations for healthcare and research. More by the Cochrane Heart Group which has just been published, all about statins. Statins are a family of medicines prescribed for lowering cholesterol. They are one of the most commonly prescribed medicines, particularly by us cardiologists and our GP colleagues. The number of prescriptions and cost to the NHS of these drugs has grown significantly in the last few years, from £20 million in 1993 to £500 million in 2006. They are frequently prescribed for preventing further heart attacks and strokes when a patient has already had one (called secondary prevention by us doctors) but the evidence of benefit when given to patients to prevent a first heart or stroke (called primary prevention) is less clear. This review aimed to assess the effects, both harms and benefits, of statins in people with no history of cardiovascular disease.

The review included 56,934 participants in 19 trialsClinical trials are research studies involving people who use healthcare services. They often compare a new or different treatment with the best treatment currently available. This is to test whether the new or different treatment is safe, effective and any better than what is currently used. No matter how promising a new treatment may appear during tests in a laboratory, it must go through clinical trials before its benefits and risks can really be known. More. The average age of participants was 57, and range of ages from 28 to 97. Fourteen of the trials included patients with cardiovascular riskA way of expressing the chance of an event taking place, expressed as the number of events divided by the total number of observations or people. It can be stated as ‘the chance of falling were one in four’ (1/4 = 25%). This measure is good no matter the incidence of events i.e. common or infrequent. More factors, such as raised cholesterol, diabetes and high blood pressure. Although the review was aimed at patients without evidence of cardiovascular disease, it did include trials where up to 10% of the studyAn investigation of a healthcare problem. There are different types of studies used to answer research questions, for example randomised controlled trials or observational studies. More populationThe group of people being studied. Populations may be defined by any characteristics e.g. where they live, age group, certain diseases. More did have a previous history of cardiovascular disease. This was presumably chosen to allow more trials and a larger population to be assessed, without compromising the essence of the review’s question. Statins assessed included pravastatin, atorvastatin, fluvastatin, lovastatin, rosuvastatin and simvastatin.

Only twelve of the studies reported on adverse events, with 19% of participants experiencing at least one. However, there was no significant difference between those taking statins and the control group, meaning if you were taking a dummy pill you were just as likely to report a problem with it as those taking the real statin pill. There was also no significant difference between the number of participants who stopped their treatmentSomething done with the aim of improving health or relieving suffering. For example, medicines, surgery, psychological and physical therapies, diet and exercise changes. More due to an adverse eventA harmful or abnormal outcome, for example death or vomiting, that occurs during or after the use of a drug or other intervention (e.g. surgery or exercise) but has not necessarily been caused by that intervention. More between the statin and control groups. In subgroup analysis there was a very mild increase in risk of diabetes and liver enzyme elevations in the statin group.

All trials were fully or partially funded by pharmaceutical companies, which is something to bear in mind. Research by Als-Nielsen and colleagues in 2003 demonstrated that pharmaceutical industry sponsored trials were more likely than non-industry funded trials to report results that favour the drug over placeboAn intervention that appears to be the same as that which is being assessed but does not have the active component. For example, a placebo could be a tablet made of sugar, compared with a tablet containing a medicine. More. A recent Cochrane methodology review confirmed these findings and investigated risks of biasAny factor, recognised or not, that distorts the findings of a study. For example, reporting bias is a type of bias that occurs when researchers, or others (e.g. drug companies) choose not report or publish the results of a study, or do not provide full information about a study. More associated with industry sponsorship in more detail. In the statins review 15 trials were double blindedBlinding is the process of preventing those involved in a trial from knowing to which comparison group a particular participant belongs. More (neither the patient nor the doctor knew whether the tablet was a statin or placebo), which is the recommended way to test a treatment fairly. The time that the patients were assessed in the trials ranged from one year up to 5.3 years. Overall, there was a low risk of bias and the authors of the review judged the quality of the trials to be good.

This review demonstrated a benefit in a population of adult patients, the vast majority of whom were without evidence of cardiovascular disease. However, the review included a very wide mix of patients, with ages ranging from 28 to 97, which make it more complex to apply these findings to an individual patient. To identify best which patients need treating, doctors often use risk charts and risk calculators, which with a few figures such as blood pressure, cholesterol, age and gender, can estimate a person’s risk of having a heart attack or stroke in the next five years. The authors report that treatment with a statin in people in the two lowest risk categories (<5% five-year risk, and 5% to 10% five-year risk, respectively) would avoid 6 and 15 major heart attacks or strokes, respectively, per 1000 people treated for five years. Or, in other words, if you treat 167 people with <5% five-year risk or 67 people with 5% to 10% five-year risk, you prevent one heart attack or stroke. It is always a difficult decision to take a tablet to prevent a disease you don’t yet have. What if you never get it and you’ve taken the tablet all your life? As with much of preventative medicine it comes down to balancing risk; is the risk of the treatment or the disease greater? The doctor should be a guide but it’s up to the patient to decide.

Please let me know your experience with statins, or if you are taking medicines to prevent a disease you do not have. How do you weigh up decisions for preventative medicines?

Als-Nielsen B, Chen W, Gluud C, Kjaergard LL. AssociationA relationship between two characteristics, such that as one changes, the other changes in a predictable way. For example, statistics demonstrate that there is an association between smoking and lung cancer. In a positive association, one quantity increases as the other one increases (as with smoking and lung cancer). In a negative association, an increase in one quantity corresponds to a decrease in the other. Association does not necessarily mean that one thing causes the other. More of funding and conclusions in randomizedRandomization is the process of randomly dividing into groups the people taking part in a trial. One group (the intervention group) will be given the intervention being tested (for example a drug, surgery, or exercise) and compared with a group which does not receive the intervention (the control group).   More drug trials: a reflection of treatment effect or adverse events? JAMA 2003;290(7):921-8. PMID: 12928469