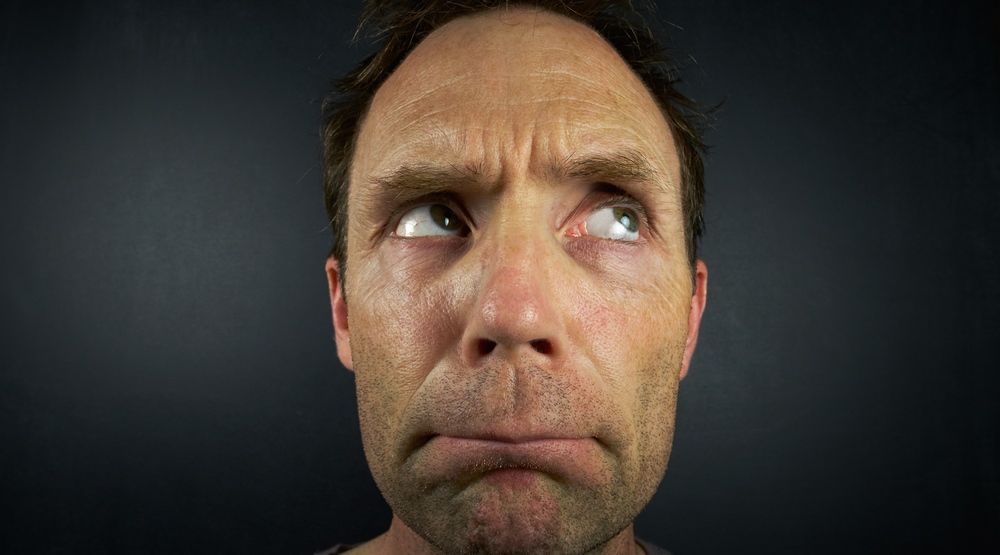 Guest bloggers Steven Woloshin and Lisa M. Schwartz are internists and professors of medicine at the Dartmouth Institute for Health Policy and Clinical Practice in Lebanon, N.H. They are authors of “Know Your Chances: Understanding Health Statistics” and “Overdiagnosed”.  This essay was adapted from an op-ed published in the Los Angeles Times  ‘Low T’ and the peril of medicating grumpy old men (Feb 16, 2014).

Hard to believe it is already Men’s Health Week.  It seems like just yesterday when it was Women’s Check-Up day (or Hand Hygiene Day, or Ultraviolet Light Safety Month or National Mediterranean Diet Month or Every Kid Healthy Week) – the US calendar has hundreds of official national health observances.

The goal of Men’s Health Week (or month – June is designated as both in the US) is to “heighten the awareness of preventable health problems and encourage early detection and treatment of disease among men and boys”.    The Week (or Month) is part of a larger ongoing national awareness campaign called Time Out for Men’s HealthTM which educates men about the importance of regular check-ups and age-appropriate screenings.

Should you treat your body like your car & get your doctor to check it’s all running smoothly?

According to David Gremillion, MD of the Men’s Health Network, they are trying to teach men that “just like taking  the car in for an oil change or for the 25,000-mile checkup, men also need to take themselves to the doctor’s office to make sure everything is running smoothly”.(1) On the face of it, trying to get men who are traditionally reluctant to seek medical care into the clinic seems like a good idea.   But of course, it all depends on what is waiting for them once they get there.

Test and treatments aren’t  always based on good evidence

Unfortunately, the focus of Men’s Health Week isn’t clearly on evidence-based tests and treatments.   Then National Men’s Health Week website(2), for example, calls for annual PSA testing (age 40 or earlier for African-American men and men with a family history of prostate cancer, age 50 for everyone else) – advice which completely contradicts the US Preventive Services Task Force which recommends against PSA-based screening for prostate cancer (Grade D recommendation) because the best evidence suggests such screening results in at most a very small reduction in prostate cancer death, no change in all cause mortality and substantial, persistent harms.(3)  According to the Task Force, “Many more men in a screened population will experience the harms of screening and treatment of screen-detected disease than will experience the benefit”. (4) 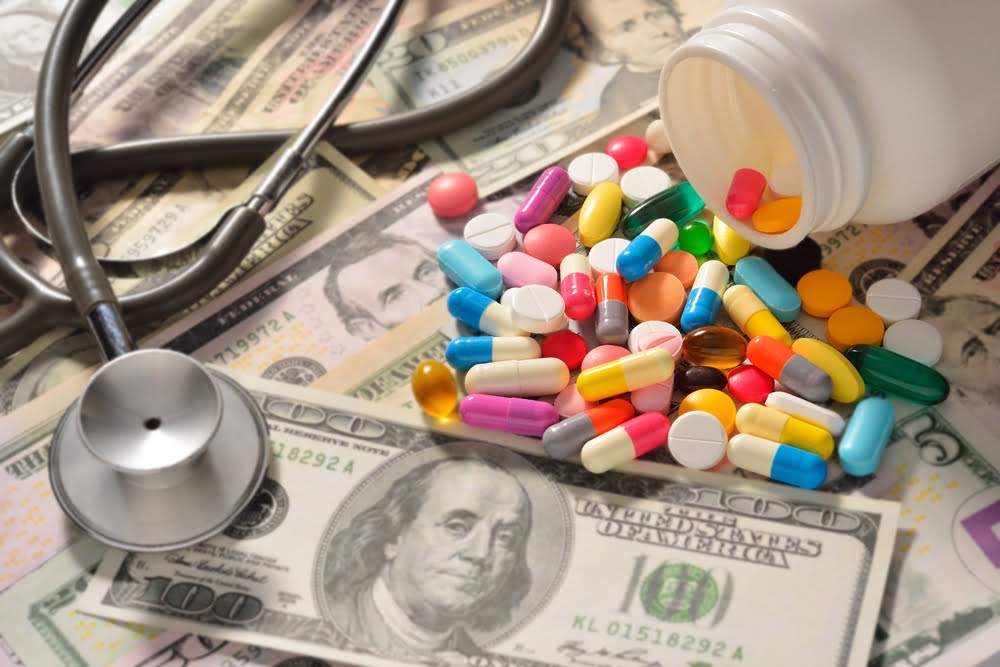 Men’s Health Week’s Blue Print for Men’s Health — also suggests men discuss screening for low testosterone (starting at age 40). (5)  The Blue Print is available for free on the organization’s website which is “maintained by Men’s Health Network with the help of contributions from our generous supporters. 2014 sponsors include AbbVie and Pfizer” manufacturers of testosterone replacement products. (6)

AbbVie in particular has been especially aggressive about urging men to consider testing for low T with its “Is It Low T?” awareness campaign, a highly effective effort to change how doctors and the public think about managing aging in men.

Do you have ‘low T’or are you just grumpy?

Since 2008, this massive marketing endeavor has targeted middle-aged men who have put on some weight, sometimes feel grumpy or get sleepy after meals, encouraging them to have their testosterone levels tested and to consider treatment if levels are low. It has helped persuade legions of men to take a drug that may not help and may actually do harm for a condition they probably don’t have.

In a recent article in JAMA Internal Medicine, we described the tactics such campaigns use to sell disease. (7) Since the start of the campaign, testosterone sales, which had been stable for years, have risen more than 1,800%, exceeding $1.9 billion in 2012.   And in the UK, prescriptions nearly doubled over the same time. (8)

By targeting men worried about weight, muscle tone, energy levels, mood and sexual satisfaction, the campaigns imply that treatment will help them become thinner, more muscular, more energetic, less grumpy and more sexually satisfied. But there’s a big problem: We really don’t know if diagnosing and treating “low T” does any good. More important, there is some evidence it may cause harm. Last month, a new study of men found that older men taking the drug were more likely to have heart attacks. In early 2014 the Food and Drug Administration announced a new investigation into the possible harms of testosterone. (9)   In April 2014 the EMA announced its own investigation and plans to issue an opinion on “whether their marketing authorizations for these drugs should be maintained, varied, suspended or withdrawn across the EU”. (10) 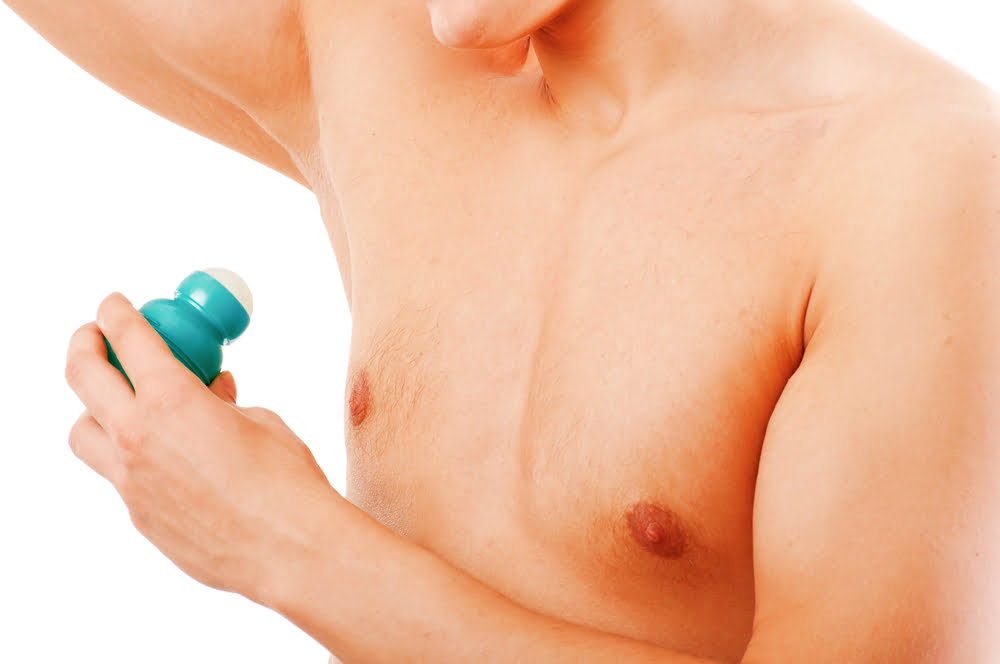 The FDA has approved a whole range of testosterone products, including an underarm roll-on.

Testosterone drugs were initially developed for a narrow use: treating men with a reduced ability to produce testosterone because of such things as trauma, chemotherapy, genetic abnormalities or undescended testicles. For these men, testosterone replacement provides a clear quality-of-life benefit, permitting normal sexual development or restoring male appearance and sexual function. In the years since the drug was first developed, the FDA has approved a whole medicine cabinet of testosterone products — gels, pills, patches and even an underarm roll-on.

But who really needs testosterone treatment?

But who should be getting the drug? Drug information approved by the FDA is ambiguous about which conditions testosterone drugs are approved to treat. This matters because pharmaceutical companies can promote drugs only for “on-label” FDA-approved uses. Years ago, the Institute of Medicine, the nation’s premier medical advisory group, described prescribing testosterone for low T as an off-label use.   The FDA now seems to agree. In announcing its new investigation, the agency specifically mentioned that testosterone is approved only to treat hormonal problems caused by medical problems.

The proven benefits of treating low T are small: subtle increases in lean body mass, libido or sexual satisfaction. Studies have found no improvement or inconsistent results when it comes to effects on weight, depression or strength; effects on energy and irritability are unknown. Even campaigns promoting low T as a diagnosis are careful not to suggest directly that treatment will address the symptoms that bring men to their websites.

What do we know about the harms of taking testosterone?

Moreover, any benefits need to be weighed against the possibility of serious harm. The FDA’s new investigation was prompted by two recent studies. In the first, older men and men with heart disease filling new prescriptions for testosterone had more heart attacks than similar men filling prescriptions for erectile dysfunction drugs. In the second, among veterans who had undergone cardiac catheterization, the use of testosterone drugs was associated with a higher risk of heart attack, stroke or death. Because neither study was a randomized trial, it’s not possible to know whether the findings were due to testosterone or something else about the men who happened to take it. 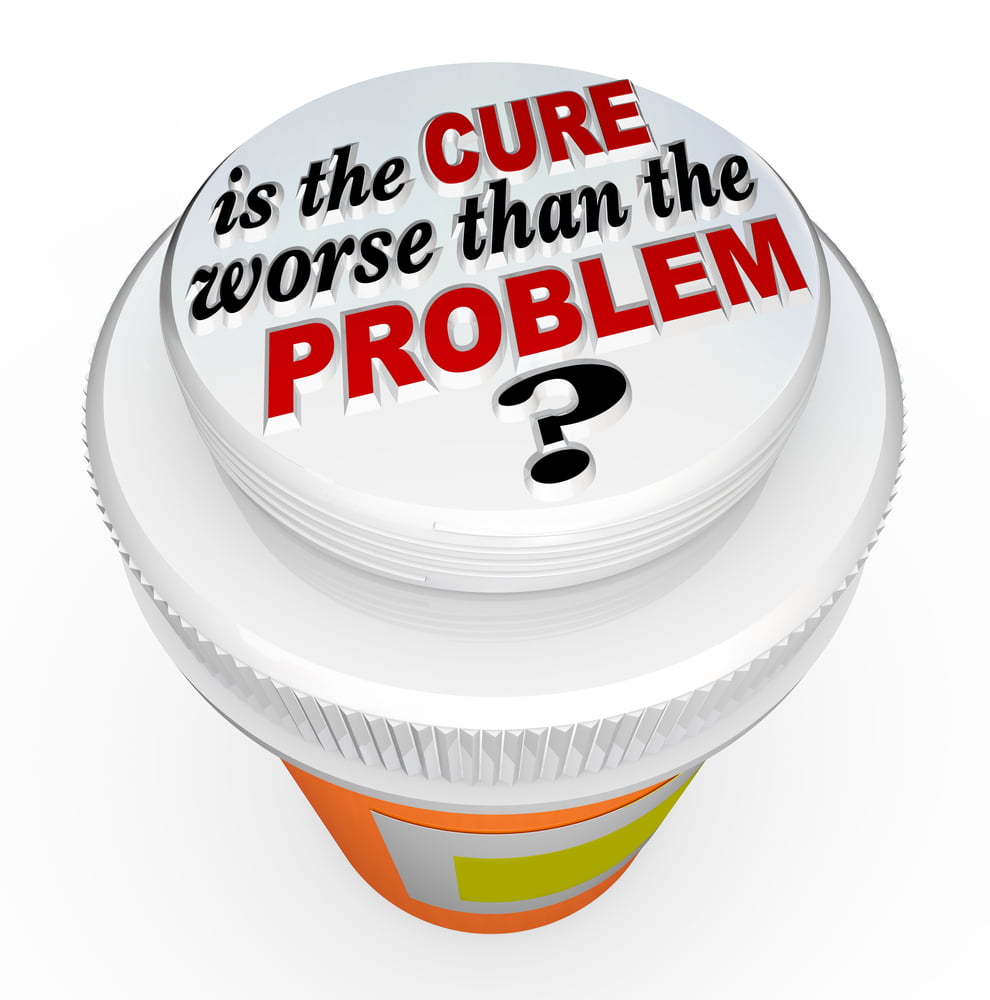 A randomized trial published in the New England Journal of Medicine in 2010 raised concerns about giving the drug to frail, elderly men. The trial was stopped early because 7% of the men in the testosterone gel group versus 1% in the placebo group experienced serious heart problems (although some criticize this evidence because the trial had not set out to look for heart problems). Other testosterone trials have been too small and brief, even when combined, to confidently exclude an important increase in heart attacks.

As physicians who study communication about prescription drugs, we find the marketing of low T eerily reminiscent of another campaign: the hyper-promotion of hormone replacement for post-menopausal women. While these drugs can have an important quality-of-life benefit for women with severe menopausal symptoms, a gold-standard randomized trial showed that for most women the hormones did more harm than good.

For men with severe hormone deficiency from a medical problem, testosterone replacement is a major advance. But for the aging men targeted by the low T campaign, the balance of benefits and harms is unknown. And there is good reason to worry about heart attacks, especially in men with heart disease and in the frail and elderly.

This year’s Men’s Health Week is here.  Wouldn’t it be great if Cochrane or other evidence-based organizations helped get it on track before the next one?

Readers of this blog may be interested to read the Cochrane review on screening for prostate cancer, which showed that it did not significantly reduce deaths from prostate cancer, that harms associated with PSA-based screening and subsequent diagnostic evaluations are frequent and that  overdiagnosis and overtreatment are common and harmful.

If you would like more information on the topic of over-diagnosis and over-treatment, check out this video of Lisa and Steve talking at the Cochrane UK & Ireland Anniversary Symposium 2013:

About the Cochrane Collaboration:

Dr Lisa Schwartz and Dr Steven Woloshin are are internists and professors of medicine at the Dartmouth Institute for Health Policy and Clinical Practice in Lebanon, N.H. USA. Their research addresses the excessive fear and hope created by exaggerations, distortions, and selective reporting in medical journals, advertising, and the health news. They have worked to improve communication of medical evidence to physicians, journalists and the public.