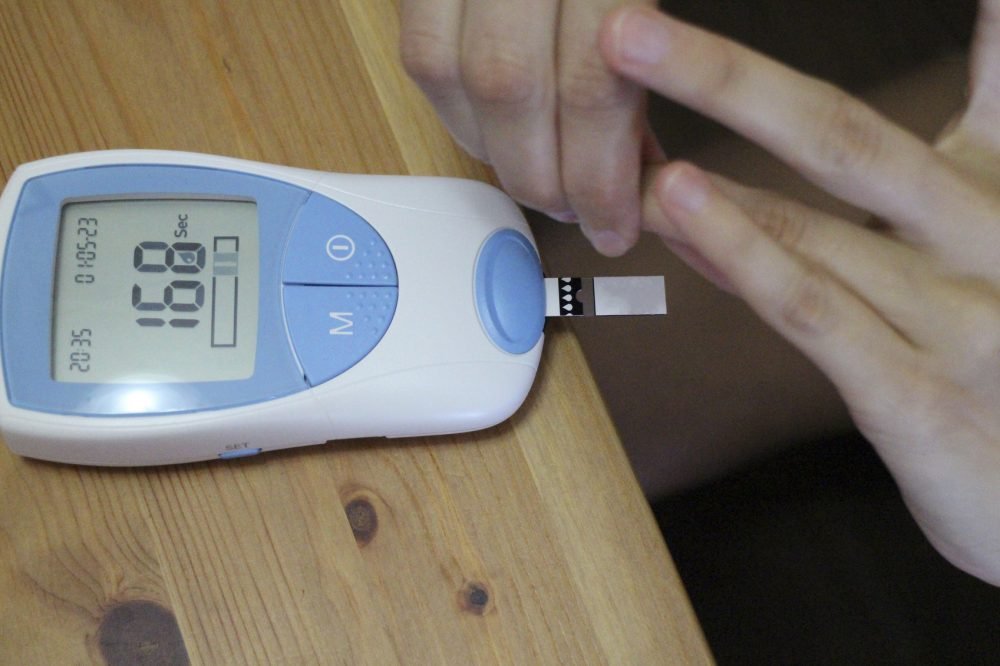 In this guest blog, David Roberts looks at whether putting patients in control can improve the quality of their anticoagulation therapy.

Patients who have a tendency to form blood clots are at a high riskA way of expressing the chance of an event taking place, expressed as the number of events divided by the total number of observations or people. It can be stated as ‘the chance of falling were one in four’ (1/4 = 25%). This measure is good no matter the incidence of events i.e. common or infrequent. More of severe complications such as stroke. They may need to take blood-thinning medication, ‘anticoagulants’, often for the long-term. To avoid complications, the effect of the most common anticoagulant tablet must be monitored with a blood test. Improvements in technology now mean this test can be done within minutes at home, raising the question: can’t clinicians trust patients to monitor their own blood tests and self-manage their treatmentSomething done with the aim of improving health or relieving suffering. For example, medicines, surgery, psychological and physical therapies, diet and exercise changes. More?

When are clots a problem?

When an injury occurs to a blood vessel, a clot forms to prevent torrential blood loss, but clots can form at unwanted sites and unwanted times. This may be because of irregular heart beat (most commonly a condition called atrial fibrillation, or ‘AF’ for short) or an artificial heart valve interrupting smooth blood flow, allowing tiny clots to form. Some people have a genetic tendency to have ‘stickier’ blood, and form a clot by chance or because of some other aggravating factor, such as following an operation. Even small clots can cause big problems: tiny blood clots formed in the hearts of patients with AF can lodge in vessels supplying the eye, causing blindness, or other parts of the brain, a leading cause of stroke. Clots in the deep veins of the leg cause deep vein thrombosis (‘DVT’) and can lead to clots forming in the lung, a serious condition known as pulmonary embolism, or ‘PE’.

For people with conditions leading to a tendency to clot, clinicians prescribe an ‘anticoagulant’, the most common of which is warfarin. These drugs are not without risk. Too much and you won’t clot enough, causing difficult to control bleeding, too little and you may have another clot. The dose and response are closely monitored using a blood test called the International Normalised Ratio, or ‘INR’ for short.

How does monitoring work?

Traditionally, patients taking warfarin had to go to a clinic for their INR to be monitored. This could be rather onerous for the clinician, but especially so for the patient taking two buses, a train and a long walk to get to the clinic. This is particularly true at the start of treatment when monitoring can be required every day. Dosing is complex at the start, requiring look-up tables based on the dose-response to treatment; changes to other drugs and even foods (grapefruit juice being an example) might alter the dose required, so patient and clinician need to be careful when making changes to their regimen. However, once established on treatment dosing becomes much simpler, requiring usually minor adjustment from periodic monitoring of the INR. People may then stay on a similar dose for the rest of their lives.

Point of care tests, performed on a hand-held device (called a ‘coagulometer’), give a result in minutes without the need for a laboratory, and have made INR testing much quicker and simpler. This made researchers ask why patients can’t simply be trusted to monitor their INR themselves at home (once on a stable dose), and either adjust the dose using guidance given to them beforehand (self-management), or by calling their clinic (self-monitoring). Having such control may even result in better dosing and fewer complications such as poorly controlled clotting. Such a policy would need careful testing before widespread roll out however, as complications from poorly controlled INR can be exceptionally serious.

Can monitoring at home be safe?

A newly updated Cochrane review now offers an answer to this question, by bringing together the best available evidence from multiple studies, 28 different trialsClinical trials are research studies involving people who use healthcare services. They often compare a new or different treatment with the best treatment currently available. This is to test whether the new or different treatment is safe, effective and any better than what is currently used. No matter how promising a new treatment may appear during tests in a laboratory, it must go through clinical trials before its benefits and risks can really be known. More of self-monitoring or self-management involving almost 9000 people.

It showed that people using either method probably halved their risk of significant blood clot compared to those who continued with usual clinic monitoring. When examined separately, both the self-monitoring/management methods reduced the risk of clots compared to those monitored in clinic, and self-management also appeared to decrease the chance of death (from any cause) during the trials. Risk of major bleeding, a side-effect of too much anticoagulant, was no different with the new methods than attending clinic for monitoring. Minor bleeding risk was also no different, but the certainty of evidenceThe certainty (or quality) of evidence is the extent to which we can be confident that what the research tells us about a particular treatment effect is likely to be accurate. Concerns about factors such as bias can reduce the certainty of the evidence. Evidence may be of high certainty; moderate certainty; low certainty or very-low certainty.  Cochrane has adopted the GRADE approach (Grading of Recommendations Assessment, Development and Evaluation) for assessing certainty (or quality) of evidence. Find out more here: https://training.cochrane.org/grade-approach More for this complication is lower as, unlike in the previous outcomesOutcomes are measures of health (for example quality of life, pain, blood sugar levels) that can be used to assess the effectiveness and safety of a treatment or other intervention (for example a drug, surgery, or exercise). In research, the outcomes considered most important are ‘primary outcomes’ and those considered less important are ‘secondary outcomes’. More tested, there was inconsistency between studies.

Both methods are probably at least as safe as clinic-monitoring, possibly safer

Interestingly, self-monitoring and management has similar costs to clinic-monitoring after investment in equipment and training, and use of coagulometers are recommended by NICE (the national agency that assesses cost-effectiveness of treatments). This could be great news for the NHS, with its current focus on transferring care away from hospitals, and lots of patients (around 400, 000 people in England take warfarin due to AF alone).

But for many patients it may be unsuitable due to the training required, and need to be confident at using the equipment and acting on the results. However, newer anticoagulants that do not require monitoring at all are being rolled out, and are licensed for use for most patients requiring anticoagulation; so for many patients monitoring may become a thing of the past. Until that time, and in the significant number of patients for whom newer drugs are unsuitable, home testing is probably safe, and more effective, than traipsing to the clinic.

David Roberts has nothing to disclose.