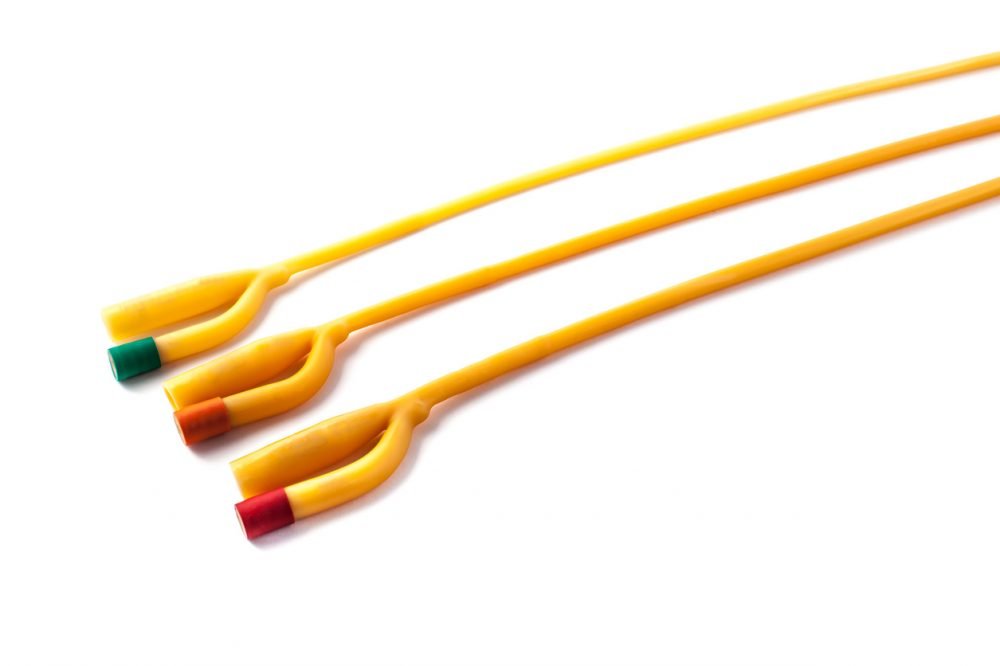 In this blog for nurses, Helen Cowan turns to the Cochrane Library to look for evidence to inform her practice on urinary catheter care.

How frequently should indwelling urinary catheters be changed? Are catheter washouts effective? Which type of catheter reduces rates of urinary tract infection?

After 13 years of nursing in acuteA health condition (or episodes of a health condition) that comes on quickly and is short-lived. More surgery, hospice care and the nursing home setting, I was hoping to have answers to these questions.

When it comes to urinary catheters, I’ve seen it all 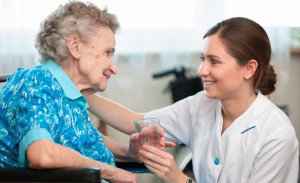 My first ever placement as a student nurse was on urology, where catheters were passed with ease by expert mentors, flip-flo valves were fitted to the ends of catheters to train the bladder to hold increasing amounts of urine, and we nurses raced to empty bursting bags of urine as it flowed freely during post-surgical bladder lavage (one inventive nurse connected a chain of night bags in succession to keep up with demand).

Since then I’ve nursed in neurological rehabilitation, working with neurogenic bladders after spinal cord injury, and in neurosurgery where I have strictly monitored urine production after pituitary surgery to monitor for diabetes insipidus. Currently I work in the nursing home setting where poor fluid intake, decreasing renal function and advancing dementia provide new challenges to catheter care.

It was, however, when caring for a family member that I first realised that, for some people, a blocked urinary catheter can mean the difference between life and death. Autonomic dysreflexia is a medical emergency that can occur in the spinal cord injured patient:  a stimulus such as a blocked catheter can trigger an excessive sympathetic nervous response resulting in hypertension, stroke, convulsions, cardiac arrest and death (Cowan, 2015).

Admittedly, autonomic dysreflexia is an extreme and rare condition. The presence of an indwelling urethral catheter is, however, commonly associated with other complications and adverse effects.

Blood in the urine is one such example, often as a result of urinary tract trauma (either during catheter insertion or when the catheter is inadvertently tugged). I’ve seen urine so filled with blood that it has been described as ‘blackcurrant jam urine’.

people with indwelling catheters are up to 6.5 times more likely to develop a urinary tract infection

Sweating due to fever can also result from catheter insertion: almost all catheter users develop bacteriuria within four weeks of catheter insertion (Cooper et al, 2016); people with indwelling catheters are up to 6.5 times more likely to develop a urinary tract infection (Shepherd et al, 2017). The patient’s own colonic and perineal flora, and the hands of health care professionals, act as the source of micro-organisms.

When I worked on cardiac surgery, gentamicin injection always preceded catheter insertion in order to minimise the riskA way of expressing the chance of an event taking place, expressed as the number of events divided by the total number of observations or people. It can be stated as ‘the chance of falling were one in four’ (1/4 = 25%). This measure is good no matter the incidence of events i.e. common or infrequent. More of infection: especially important in a patient about to undergo cardiac valve replacement surgery, since catheter associated urinary tract infection (CAUTI) can lead to secondary bacteraemia in the blood (Shepherd et al, 2017).

And I’ve seen real tears shed as a result of being catheterised: the very real pain of catheter insertion, catheter blockage and of inadvertently pulling out a catheter whilst the balloon is still inflated; the embarrassment of pericatheter leakage. These factors undoubtedly affect a patient’s quality of life. The financial cost of catheters may also make budget holders wince.

Throughout my nursing career, I’ve sought out studies related to catheter care in an attempt to minimise the blood, sweat and tears of life with a urinary catheter. I turned to the Cochrane Library to answer some questions about catheter care, concentrating specifically on long-term indwelling urinary catheters (those that stay in the bladder for a long time) rather than short-term indwelling catheters, or intermittent catheters (which are inserted to drain the bladder and then removed).

Or, “should every catheter have a silver lining?” Some catheters are impregnated with antiseptic or antibacterial agents: silver is commonly chosen as a bactericidal agent. Other catheters are coated with silicone or hydrogel, but little is known about relative rates of CAUTI when comparing catheter types.

what about adverse events such as bleeding or discomfort?

Dishearteningly, all participants in all studies had CAUTI: no type of catheter was shown to significantly reduce rates of infection (though in the 1991 study, there is a possibility that hydrogel coated catheters afforded more protection than silicone coating).

The authors of the review conclude that the studies were too small, the confidence intervals were too wide to provide reliable evidence. Importantly, the studies only considered rates of CAUTI: what about adverse events such as bleeding or discomfort?

I still remember the humiliation as a fairly new nurse on a neurosurgical ward when a senior nurse ordered me to cease performing a catheter washout. She spoke with authority; I feared I had somehow inflicted harm.

Opinion remains divided about catheter washouts (Healthtalk, 2014). I have seen catheter blockages causing pain and distress; washouts, however, can cause bleeding through trauma. In a Cochrane Review, concern is expressed that “use of washouts can damage the bladder mucosa and increase infection rates due to opening the closed catheter system” (Shepherd et al, 2017: 7). The same review acknowledges that blood pressure changes and bladder spasms can also result.

3 cross-over studies and 4 randomised controlled trialsA trial in which a group (the ‘intervention group’) is given a intervention being tested (for example a drug, surgery, or exercise) is compared with a group which does not receive the intervention (the ‘control group’). More were identified, comparing catheter washout versus no washout, or determining the relative merits of different washout regimens (saline, weak acid, strong acid and antimicrobial solutions were all included).

Methodological problems were, however, identified in the studies: some cross-over trialsClinical trials are research studies involving people who use healthcare services. They often compare a new or different treatment with the best treatment currently available. This is to test whether the new or different treatment is safe, effective and any better than what is currently used. No matter how promising a new treatment may appear during tests in a laboratory, it must go through clinical trials before its benefits and risks can really be known. More were based on between group differences rather than on individual participant’s differences for sequential interventions, some studies were small and one study mixed results for both suprapubic and urethral catheters. No trial considered patient satisfaction or comfort.

The authors conclude that “insufficient dataData is the information collected through research. More exists providing reliable evidence about the benefit or harms of washout policies”. If proven beneficial, further questions include necessary frequency, timings and volumes of catheter washouts.

How frequently should a urinary catheter be changed? 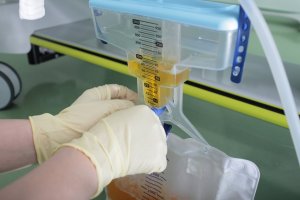 Cochrane reviewsCochrane Reviews are systematic reviews. In systematic reviews we search for and summarize studies that answer a specific research question (e.g. is paracetamol effective and safe for treating back pain?). The studies are identified, assessed, and summarized by using a systematic and predefined approach. They inform recommendations for healthcare and research. More confirm that confusion continues to surround urinary catheter care

As a nurse, I have witnessed a variety of different time intervals advised for catheter replacement: some settings advise strict adherence to a 3 monthly change policy, others advise change when clinically indicated. Frequent catheter change may reduce biofilm development that can harbour bacteria; it may also cause trauma that could contribute to infection (Cooper et al, 2016).

A recent Cochrane Review struggled to find enlightenment in this area (Cooper et al, 2016): only one all-male study from 1982 was identified (n=17). When considering incidenceThe number of new occurrences of something in a population over a particular period of time, e.g. the number of cases of a disease in a country over one year. More of symptomatic CAUTI, no significant difference was found between those in whom catheters were changed only when clinically indicated, and those in whom catheter changes occurred monthly as well as when clinically indicated.

Further studies are needed, and they should also consider financial implications: are the increased costs of more frequent catheter changes offset by the savings resulting from reduced use of bladder washout solutions?

Any advantages to antibiotics?

A Cochrane review addressed the antibiotic question, but mainly with regards to intermittent catheterisation, which is not the focus of this article (Niël-Weise, 2012); the one included study in which urethral catheters were considered showed that antibiotic prophylaxis did reduce rates of CAUTI. The study was, however, small (n=34, with 11 participants not completing). Results also warned of antibiotic-induced development of resistant organisms: a well-known phenomenon that is threatening modern medicine (Cowan, 2015).

Cochrane reviews confirm the confusion that surrounds catheter care. The questions are endless: does the home or the clinical environment provide the optimum setting for catheter care? Is catheter replacement a clean or an aseptic technique? Is chlorhexidine superior to saline for periurethral cleansing? Which lubricants should be used? Are better outcomesOutcomes are measures of health (for example quality of life, pain, blood sugar levels) that can be used to assess the effectiveness and safety of a treatment or other intervention (for example a drug, surgery, or exercise). In research, the outcomes considered most important are ‘primary outcomes’ and those considered less important are ‘secondary outcomes’. More achieved when patients or healthcare professionals manage their catheter care?

Until rigorous, adequately poweredThe power of a trial is the chance that it will correctly detect a real effect of an intervention being tested (for example a drug, surgery, or exercise). Studies with more participants will have greater power.   More randomised controlled trials answer these questions – and specifically the questions that matter most to patients – catheterisation will continue to be associated with bewilderment and blood, sweat and tears on all sides.

Helen Cowan has nothing to disclose. Views are Helen’s own.

Urinary catheter care: what does the evidence say? by Helen Cowan