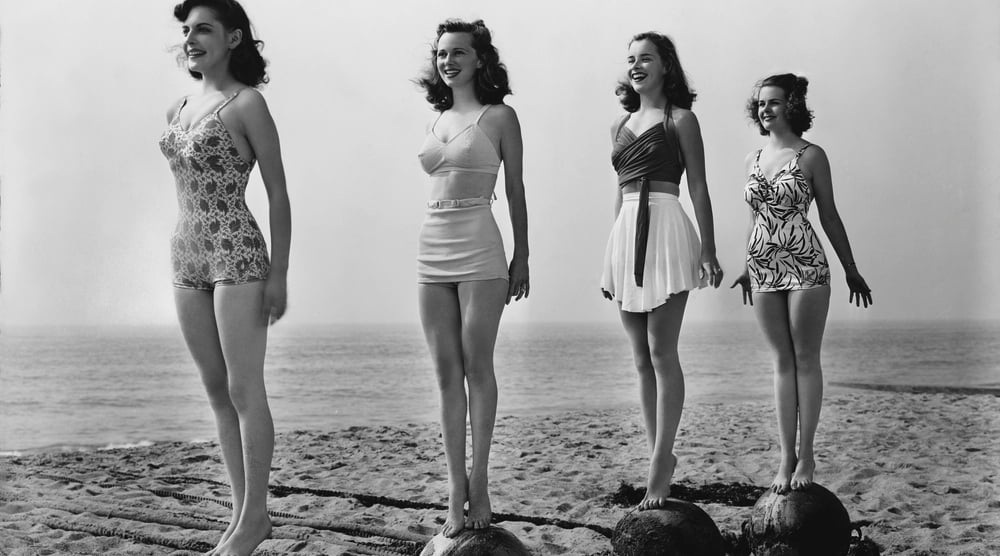 I think I might have discovered the last taboo. It’s obviously not dying, as we’re all talking about that these days. Perhaps not all, but it’s much discussed on social media and beyond, through Death Cafés (the Swiss have Dignitas but we Brits prefer to just talk about dying, over a nice cup of tea) and a variety of #YODO (You Only Die Once) events. It’s not talking about money. My grandmother thought it was rather vulgar to talk about food, which I always thought odd and it’s certainly not that. I think it’s incontinence. 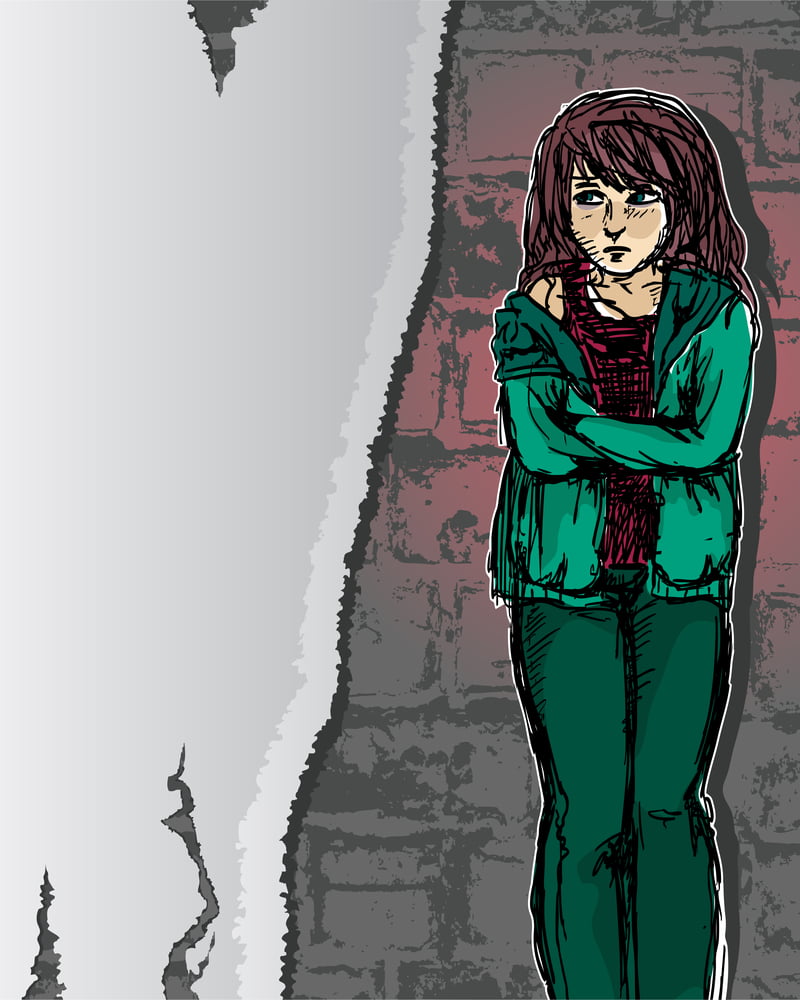 Urinary incontinence, passing urine unintentionally, is horribly common and, of course, horrible. It’s embarrassing and inconvenient. Stress urinary incontinence (SUI) often happens because of weaknesses in the structures supporting the bladder and bladder outlet (urethra), chiefly the pelvic floor muscles, which then fail to prevent urine leaking out when the bladder is under pressure, such as when you laugh or sneeze. Pregnancy and vaginal birth do not do pelvic floor muscles any favours and many women suffer from stress incontinence, particularly as they age. Clenching the muscles of the pelvic floor is the most usual treatment for women with SUI. It’s also recommended to pregnant women as a pre-emptive strike, as veterans of antenatal classes will tell you. Standing in line then becomes an opportunity to turn part of your anatomy into an elevator, as observation of any line of women with concentration on their faces will confirm.

With the publication of an update to a Cochrane review on pelvic floor muscle training (PFMT) for urinary incontinence in women,* I thought I’d take a look at what women were saying about this problem on Twitter, which has become a fantastic meeting place for people sharing a health problem to offer mutual support and advice. Surely there’d be a lively community discussing it. But it seems that they’re pretty much silent. I scrolled through many tweets tagged #incontinence or #pelvicfloor, most promoting products, and it wasn’t people using them who were promoting them either. Is this one of the few things we’re still not ok with talking about? Well, I’m happy to be talking about it here and I’d like you to pass this on to your women friends, as the good news is that new studies have been added to the Cochrane review which strengthen its support for PFMT as a first-line treatment for women SUI or any type of urinary incontinence. The reviewers looked at evidence from trials where people having PFMT were compared with a group having nothing or a dummy pill, fake electrical stimulation, or an inactive treatment such as advice on simple lifestyle changes. 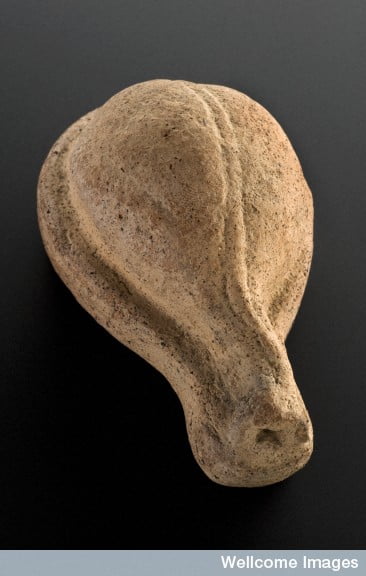 Romans getting it wrong:
votive offering in the shape of a bladder, hoping for a cure for incontinence.
Credit: Science Museum, London. Wellcome Images

It’s a mixed bag and the trials were mostly small (results were combined from 18 trials, with two comparison groups of over 500 women each), but results were consistent across the trials, which is encouraging. There’s high quality evidence from four studies that PFMT benefited women with SUI in terms of their own perception of being cured. There was moderate quality evidence on how often women leaked urine or needed the loo and on how much urine leaked, and poor evidence on whether PFMT for SUI improved people’s quality of life. Future research may show a different picture of these aspects. PFMT programmes varied and it was hard to tell what were the similarities and differences between them. More and better long-term follow-up is needed, to see whether the benefits last.

Something that cheered me on reading this review, aside from the happy confirmation that this non-invasive treatment should offer relief to many, was the reporting of how the person being treated saw the effectiveness of their treatment. If the patient considers herself cured, that’s surely more important than how successful the doctor thinks it was. If we reverse this, a doctor’s judgement that the reduction in urine leaks, say, is a roaring success may be rather misplaced if the person being treated still feels they are significantly compromised and perhaps limits their activities as a result. That said, the evidence here would have been better if trials were consistent in their choice of outcome measures, while three trials contributed no data at all because of poor reporting. Research in this area leaves much to be desired and there’s a helpful discussion of this in the review, which stresses the need to choose to assess things that matter to women and in ways that are reliable and useful.

You might be interested to know that other Cochrane reviews look at whether one type of PFMT is better than another, whether the benefit of other treatments is increased when PFMT is added and at PFMT in preventing and treating urinary and faecal incontinence related to childbirth. You may also be interested to learn that PFMT was practiced in China around 6000 years ago, while we caught up in the West only in the middle of the last century. Wouldn’t have taken so long if we’d had Twitter now, would it?

*This review has been updated again since this blog was published, with the inclusion of 10 more studies and the addition of a Brief Economic Commentary. The Review Authors remain confident that PFMT can cure or improve symptoms of urinary incontinence in women.

Women, embrace the power of your pelvic floor! by Sarah Chapman