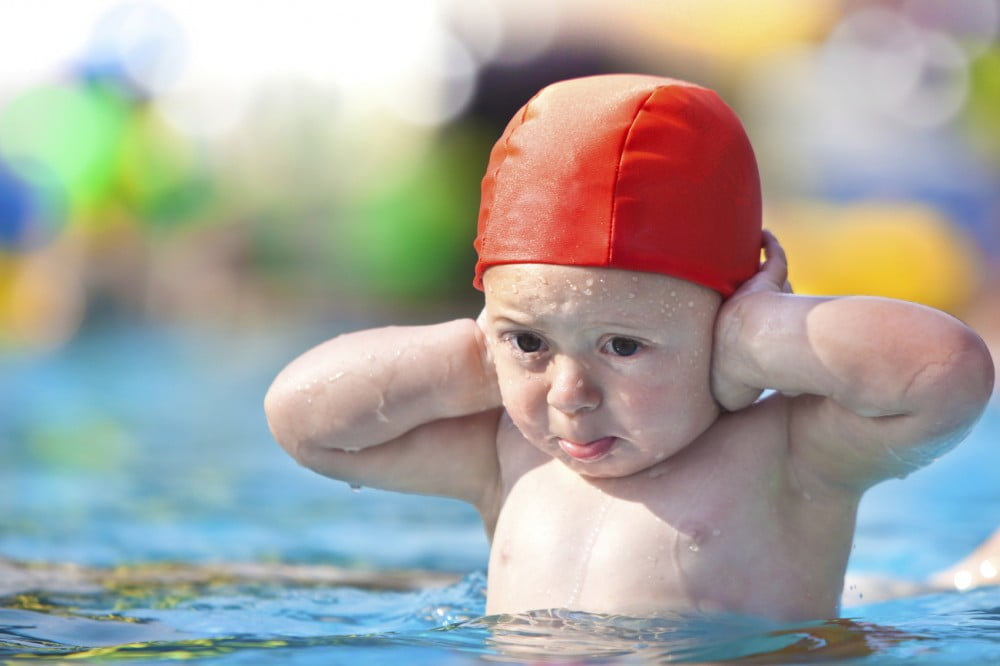 In this guest blog, Professor Martin Burton looks at new evidence on water protection for children with grommets and says it’s time for a fresh look at the advice given to parents. This is the second blog in our new series Evidence for Everyday Health Choices.

Many children have grommets (ventilation tubes) put in their ears. This is done when they have a common condition called “otitis media with effusion (OME)”. This is often referred to as “glue ear” because a sticky, yellow glue-like liquid gets trapped behind the ear drum. It can lead to hearing loss and ear infections. In most children, grommets are only put in if the problem is persistent, lasting for three months or more, and causing difficulties for the child.

Should ears with grommets be protected from water?

In the past, some health professionals would tell parents not to let their children swim or get their heads wet in the bath or shower. They would suggest using swim-plugs bought from the pharmacist or plugs made of cotton wool balls covered with Vaseline to keep water out. The thought was that if water got into the ear, and passed through the hole in the grommet into the middle ear (the air-containing space underneath the eardrum), the child might be at risk of an ear infection. But not everyone gives the same advice. Some people believe that the hole in a grommet is so small (less than a millimetre) that it’s very difficult for normal water to get through. So there should be no restrictions on swimming of bathing. Then there is also the thought that soapy water (from the bath or during hair-washing) might more easily go through the hole than non-soapy water. So – what you do should depend on the type of water!

New evidence can help you make a choice 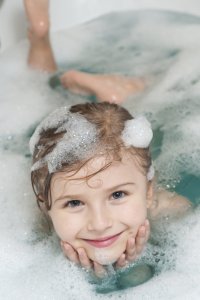 A new Cochrane review found two trials looking at this topic. The authors looked at how likely it was for a child to get a runny ear (technically called “otorrhoea”) if they used ear plugs or avoided water altogether. They concluded that there was quite reliable evidence that if a child wore plugs they would have – on average – 0.84 episodes of runniness per year if they wore plugs, compared to 1.2 episodes if they didn’t. The difference – less than half an episode a year (you may think of that as one episode in two years) – is not very much.

What about avoiding water rather than using plugs: no swimming or putting your head under the water in the bath? The results of this study are less reliable but there was no difference in the average chance of getting a runny ear; 1.17 episodes per year in both groups.

It’s worth bearing in mind that all these numbers are small; runny ears are not apparently common if you have grommets no matter what you do. The trial tells us that on average children only get about one episode of runniness in 14 months even if you do nothing. How big a problem is this? Is it worth all the hassle of putting plugs in of avoiding swimming for the sake of avoiding that one episode? In some countries with warm weather, lots of swimming pools in homes and year-long beach activities it is critically important that children learn to swim if they are to be safe.

It is time for health professionals to take a fresh look at the advice they give to parents. Many will probably find it a merciful release not to have to struggle with squirming children who hate wearing swim caps, bands and plugs. And their children will be no worse off.

Editor: This is the second of our daily posts this week to launch our new series Evidence for Everyday Health Choices. You can read more about it here. Join in the conversation on Twitter @ukcochranecentr #EEHealthChoices.

Water precautions for children with grommets: is it worth the bother? by Martin Burton is licensed under a Creative Commons Attribution-NoDerivatives 4.0 International License.
Based on a work at http://onlinelibrary.wiley.com/doi/10.1002/14651858.CD010375.pub2/abstract. Images have been purchased for Evidently Cochrane from istock.com and are not available for reproduction.

Moualed D, Masterson L, Kumar S, Donnelly N. Water precautions for prevention of infection in children with ventilation tubes (grommets). Cochrane Database of Systematic ReviewsIn systematic reviews we search for and summarize studies that answer a specific research question (e.g. is paracetamol effective and safe for treating back pain?). The studies are identified, assessed, and summarized by using a systematic and predefined approach. They inform recommendations for healthcare and research. More 2016, Issue 1. Art. No.: CD010375. DOI: 10.1002/14651858.CD010375.pub2.

Water precautions for children with grommets: is it worth the bother? by Martin Burton