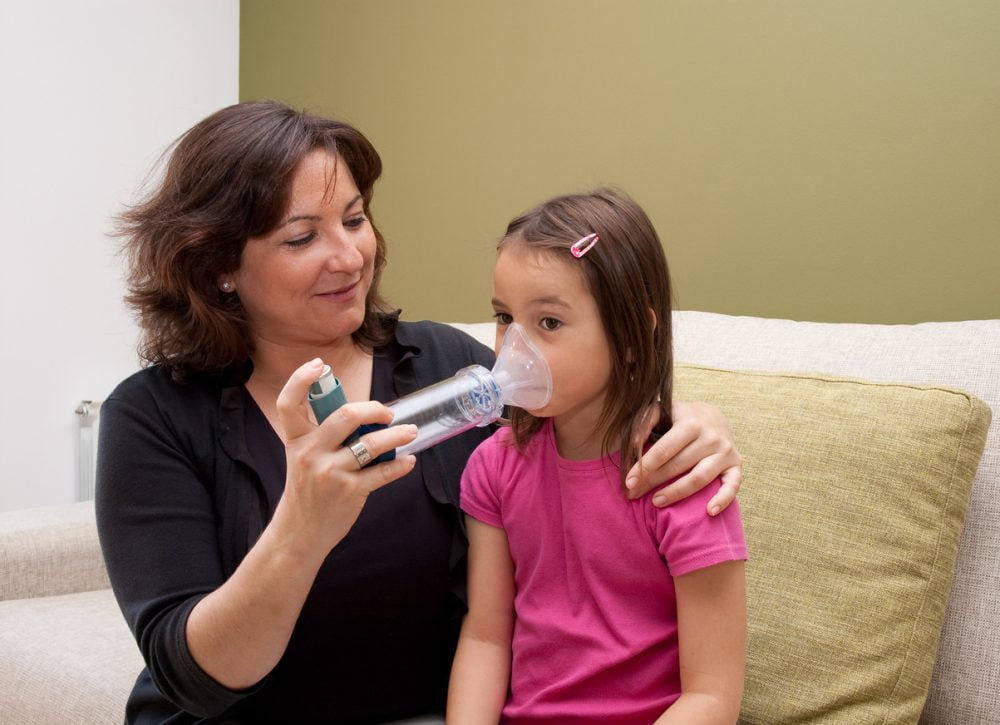 In this blog, GP Dr Robin Carr discusses the latest Cochrane evidence on whether asthma education for teachers and other school staff could improve the care of children with asthma in schools and reduce asthma deaths.

“ You can’t be serious, kids still die of asthma in your country?” my shocked friend said. “Actually, they still die in yours too”, I replied.

I remember as a GP when I first arrived in Somerset that they were still talking about the 12 year old child who had died from an asthma attack some years earlier. At that stage, the number of asthma deaths was about 2000 per year and had been coming down.

The overall deaths from asthma have come down in the last 30 years but it still remains a common cause of death world-wide. So it was with alarm that we all read The National Review of Asthma Deaths (NRAD) report on asthma deaths, which had concluded many are avoidable. There are added risks in low-income, minority and ethnic groups for increased asthma mortality.

The most shocking of all were the numbers of children who had died from asthma: 80% of under tens had a preventable intervention that could have helped, could have prevented their deaths. Most of them had not received any medical care.

There were a number of simple contributions that could have been made by the individuals themselves, through parents, schools, primary care and secondary care. The simplest of these was a Personalised Asthma Action Plan (PAAP). NRAD concluded that for school-aged children, parents and schools had a significant part to play in this great responsibility and an opportunity to stop this needless suffering.

Having witnessed many asthma attacks in adults and children, I can promise you it is a frightening thing. I was always taught not to show anxiety as this would inevitably be spotted by the parents or child and make the situation worse. But even for someone who had been trained, and knew exactly what to do and had the kit to do it, it was still alarming. I can only imagine the fear it must create for someone who is placed in loco parentis, as a teacher of an asthmatic child, when faced with a possible life threatening asthma attack. I suspect that many will have made efforts to avoid this position and may even have considered their role as a teacher, if they were now expected to respond in this way?

Finding out if teaching staff about asthma in schools could help

So what more could be done in schools that had been shown to work; teachers and schools are hard pressed enough without being expected to do something extra without robust proof of success?

Our Cochrane systematic review wanted to explore the question of educational contributions made in schools and what effect these then had on the children with asthma. Five cluster randomized controlled trials were looked at after an extensive search of the published literature. These covered 111 schools. They were all educational interventions although they differed in length and content. Because of this variation making quantitative or qualitative conclusions is hard, but there were a number of strong signals that came out.

But the quality of the studies was low and so drawing quantitative conclusions  from these studies would be a mistake. Sadly, no outcomes such as admissions to hospital were measured.

So, one is left hoping that an improvement in staff knowledge will lead to a more appropriate response and improved outcomes. But we will have to await the results of such a study, where these outcomes are measured, if and when it is done. But it is fair to say that the first step in changing practice is to recognise an educational learning need and to address that.

Our study has shown that there is a lack of good, robust evidence to support our teaching colleagues with this task and onerous responsibility but that education does improve knowledge and will improve confidence and schools having policies and protocols to address asthma in the school place.

Education of staff along with Personalised Asthma Action Plans, access to immediately necessary treatment, in line with what is in the PAAP, and confidence with recognising an asthma attack and administering appropriate treatment, must be the way forward. We need to do everything we can to help our teaching community to help our children with this wholly preventable condition.

I have received honoraria from GSK, BI, Astrazenica, Chiesi, Pfitzer and Trudell for educational events that I have either organised or contributed to over the last three years. I have organised educational events for Oxfordshire which have involved payments from pharmaceutical companies to cover the cost of venues and educational materials for study days and small group work. I have received travel re-imbursement from Cochrane. I have been employed by Oxfordshire CCG as the respiratory lead and was the medical director for Avanaula Systems Ltd which ran the Somerset COPD service from 2007-2014.

I do not believe that any or all of these sources have either influenced or could be perceived to influence this piece of work or any of my work for Cochrane.

I am a 59 year old GP, ex army, ex PCG, PCT, CCG. But have a lifelong passion for respiratory medicine. Worked in the West Country in both primary and secondary care then ran an independent community COPD service which confirmed my view that much can done with self management. I like teaching and fishing and some day soon I will combine them both

Asthma in schools: Could teaching teachers save lives? by Robin Carr