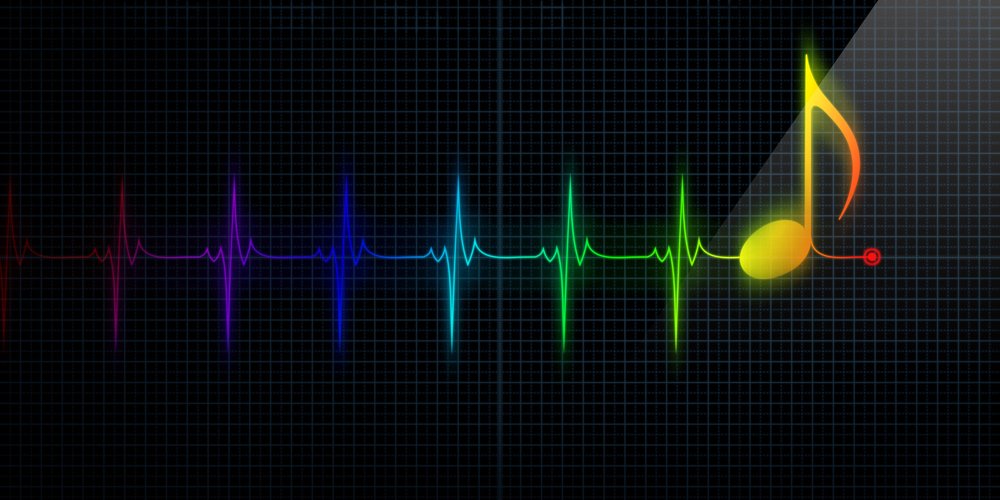 Music has the potential to make everything better, doesn’t it? Arguably, this is so in any and all situations. In difficult circumstances, it can help us endure. Music can take the edge off the pain, in both body and mind. No wonder there is a keen interest in exploring its potential to help us in various healthcare settings and this has been the subject of many Cochrane reviews. 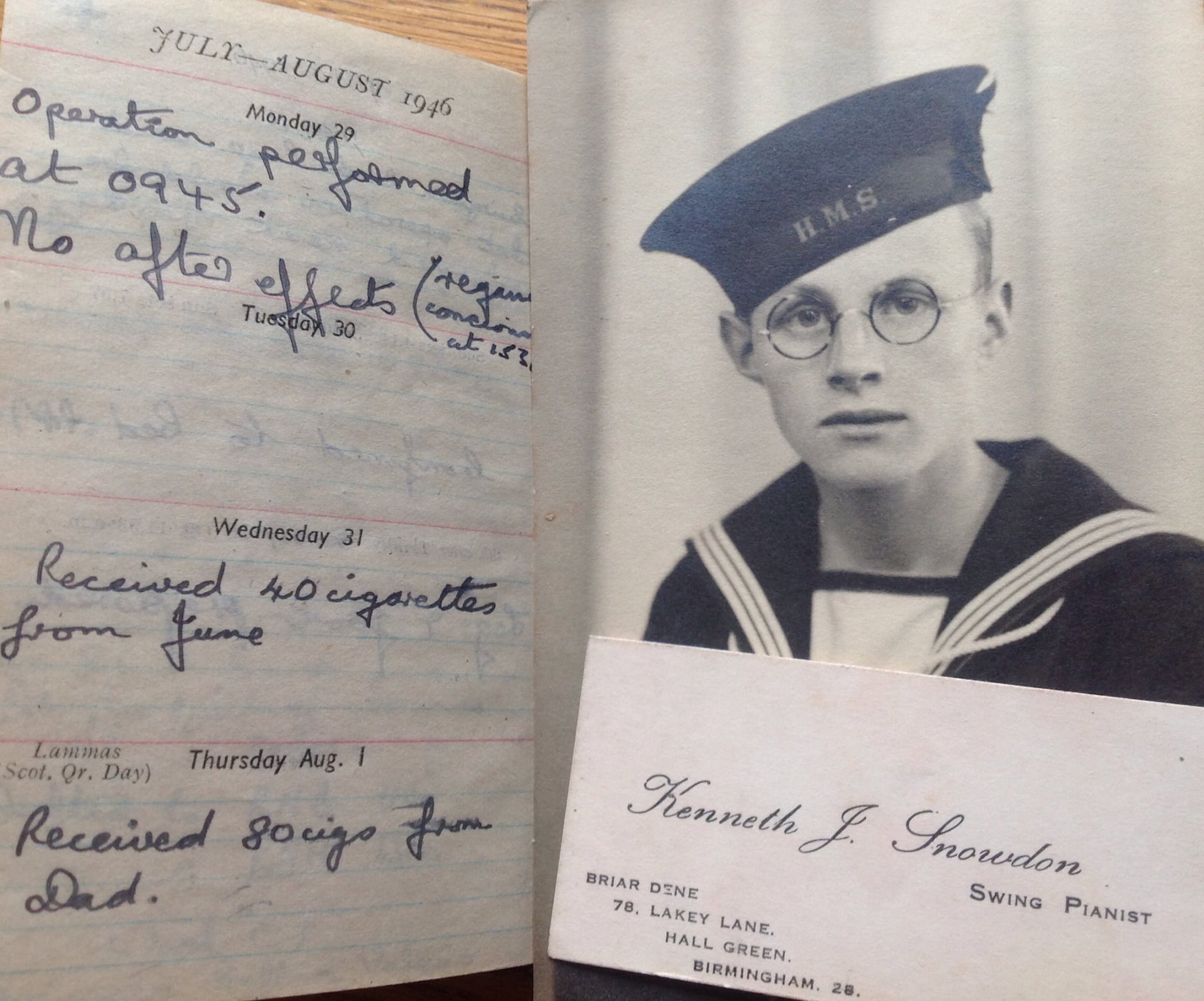 On my Dad’s death, a few years ago, I was given the diaries he had kept as a very young man, from 1943 to 1946. I was charmed to find his business card, which identifies him as a ‘swing pianist’; something which occupied many of his evenings and weekends before he joined the Royal Navy as a seventeen year old in 1943. The diaries were the first we knew of him joining ENSA, the Entertainments National Service Association (also dubbed “Every Night Something Awful”), and music and dances seemed a constant backdrop to years of wartime service which took him from the D-Day landings to India, Egypt and the Far East. He escaped serious injury but was hospitalized in Madras with amoebic dysentery and later gave a sketchy record of having an operation on his foot. Other than recording, with proper naval accuracy, the times of his operation and of regaining consciousness, his focus was on the gifts of cigarettes on the days that followed. Such was the post-op experience of the average 1940’s serviceman! 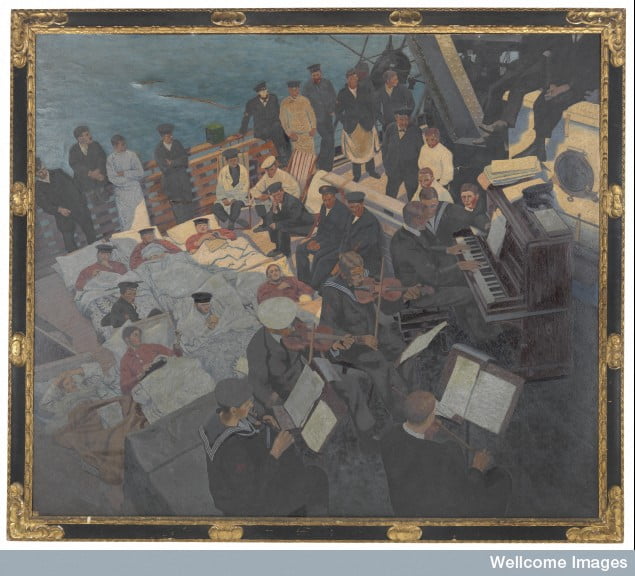 “When I hear music, I fear no danger. I am invulnerable. I see no foe. I am related to the earliest times, and to the latest.”
Henry David Thoreau
Image: Wellcome Library, London

The evidence on music therapies

My Dad didn’t record how he felt about his operation, but would music have helped quell any anxiety he may have felt as he was waiting to go to theatre? A Cochrane review on music interventions for preoperative anxiety suggests listening to pre-recorded music may help and may be a viable alternative to sedative drugs, but the evidence was low quality, and the addition of more and better trials in future could change the findings. Another Cochrane Review finds that listening to music may also reduce anxiety in mechanically-ventilated patients.

Poor quality evidence remains a problem in the majority of Cochrane reviews evaluating the effectiveness of music in a variety of healthcare settings and necessitates a cautious interpretation of results, whilst encouraging findings may prompt future (and, we hope, better) research.

The review on music for stress and anxiety reduction on coronary heart disease patients includes 26 trials with 1369 people. Just three trials used trained music therapists. There are indications that listening to music may benefit people with coronary heart disease, lowering systolic blood pressure and heart rate and also reducing anxiety in people with myocardial infarction upon hospitalization. The evidence was low to very low quality though, with small trials at high risk of bias and poorly reported.

Hospitals are generally stressful places, of course, even aside from the problem that’s put you there in the first place. A review exploring the influence of the sensory environment of health-related outcomes of hospital patients included 85 randomized trials on the use of music in hospital. Listening to music compared favourably with the use of a blank tape and headphones or ‘standard care’ in reducing anxiety before medical procedures, though headphones with or without music were similarly better than standard care during medical procedures. No clear effect was demonstrated on physiological measures such as heart rate, nor on the use of medicines. Overall, the reviewers conclude that the addition of music at least does no harm, and may have a beneficial effect in certain circumstances (possibly by way of reducing unpleasant noise), particularly for patient-reported outcomes such as anxiety. The evidence was of variable quality and poor reporting was a common problem.

The review on music interventions for people with cancer was updated in 2021 and now draws on 81 studies with 5576 people. Of the 81 studies, 74 included adults and 7 included children.

In adults with cancer, the evidence is very uncertain, but music interventions may lead to:

Music interventions may also lead to a small reduction in fatigue.

There may be little or no effect on overall mood but, again, the evidence is very uncertain.

As only a small number of the studies included children with cancer, it is not possible to draw conclusions about most effects. The findings do suggest that music interventions may lead to a reduction in anxiety in children, but the evidence is very uncertain.

No adverse effects of music interventions were reported. 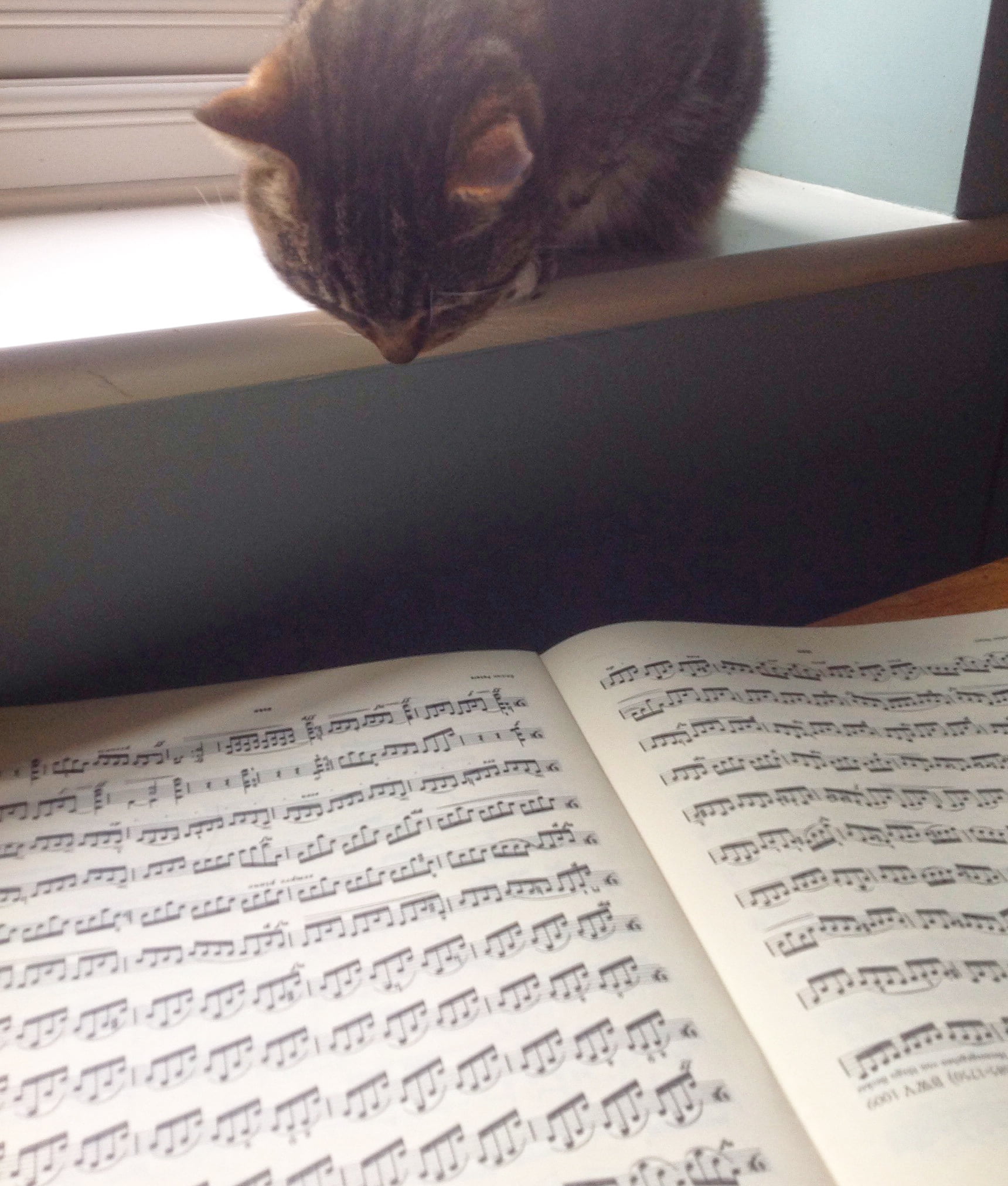 “There are two means of refuge from the miseries of life: music and cats.” Albert Schweitzer

Evidence from the review on music therapy for depression suggests that, added to usual treatment,  it probably has beneficial effects on depressive symptoms and may reduce anxiety, compared with usual treatment alone. The review on music therapy for people with schizophrenia and schizophrenia-like disorders, also finds that music therapy appears to be a useful addition to standard care, with probable improvements to the global state, mental state, social functioning and quality of life. However, the effects seem to vary with the number and quality of sessions.

A review on music therapy for acquired brain injury was able to add 22 studies last year, bringing the total to 29 with 775 people. This strengthens the previous finding that music interventions using rhythm may improve walking and quality of life in people after stroke, but the impact on communication is uncertain and the review authors highlight the need for further research. 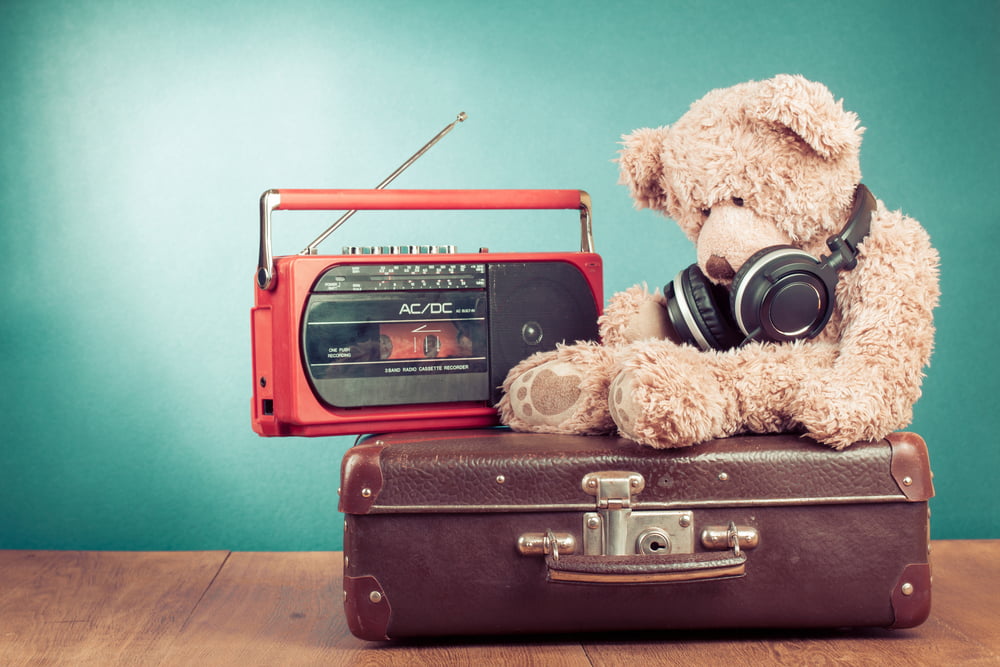 “After silence, that which comes nearest to expressing the inexpressible is music.”
Aldous Huxley

A Cochrane Review on music-based interventions for people with dementia has found that giving people with dementia living in institutions at least five sessions of a music-based intervention probably reduces depressive symptoms and overall behaviour problems at the end of treatment, but not agitation or aggression. It may improve emotional wellbeing and quality of life, and reduce anxiety, but may have little or no effect on cognition. Effects on social behavious and long-term effects are uncertain.

In another blog, I looked at The Napkin Project, which is helping people with dementia reconnect with their memories and if you haven’t come across Alive Inside, the documentary about what happened when social worker Dan Cohen took iPods to residents with Alzheimer’s in a US nursing home, you can catch up with it here.

Away from hospitals and care homes, there is probably a beneficial effect of music on sleep quality in adults with insomnia, and it probably also helps children with autism spectrum disorders to improve their skills in important areas such as social interaction and communication.

Finally, as we approach the Cochrane Colloquium 2018, which we have the privilege of hosting this autumn, in Edinburgh, we are looking forward to the delights of live music, including the stirring sounds of the bagpipe. Hospitals may wish to avoid this though. We should always take note of the potential for adverse effects of interventions and Shakespeare warned, commenting on likes and dislikes,

“…others, when the bagpipe sings i’ the nose Cannot contain their urine.” (Merchant Of Venice, act 4, sc. 1)

Join in the conversation on Twitter with @CochraneUK @SarahChapman30 #EEAHP or leave a comment on the blog.