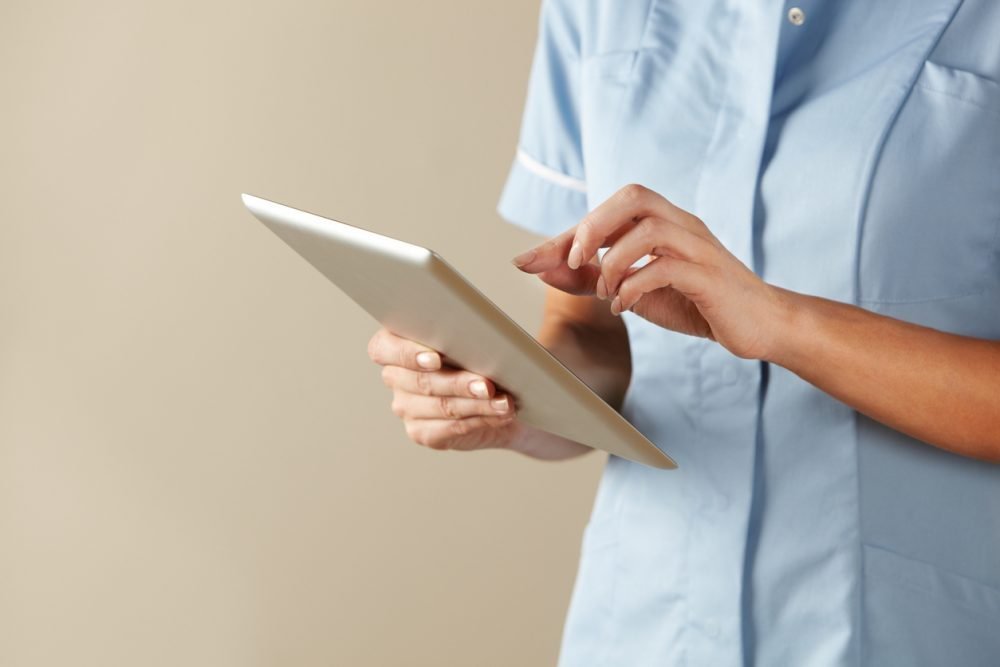 In this blog, We Nurses founder Teresa Chinn (@AgencyNurse on Twitter) reflects on how learning about Cochrane evidence on catheter washouts, via Twitter, enabled her to challenge and change her patient’s care.

I have been following @CochraneUK on Twitter for quite some time now. Although I have to admit to not clicking on or reading everything that’s posted I firmly believe that, probably through osmosis or some such wizardry, the evidence they share makes its way into my brain and is filed away as “useful stuff” in case I need it. This must have been the case with the urinary catheter washout solutions Cochrane Review from the Cochrane Incontinence group. I don’t recall when I read it, but I knew I had and I knew it was there – ready to be called upon…

A few weeks back I was scheduled to do a clinical shift at a local care home where I keep my clinical skills up to date by working some bank shifts.  The shift was going well and I was managing to juggle all the work that needed doing until I noticed that one of our elderly gentlemen was due to have a urinary catheter washout.  The gentleman had a long term supra pubic catheter in place and had recently returned to us from hospital following complications with the catheter blocking and bypassing.  I saw that he had not had a urinary catheter washout since he had returned from hospital and it was then that I had a Cochrane Review lightbulb moment.

I was dubious that the washouts were working for this gentleman and this was fuelled by a rather sketchy printout that was in the gentleman’s notes regarding washouts.  The printout cited some evidence that was 15 years old. This left me concerned.  I was also concerned with the bias of the printout – as it was written by the washout manufacturer.  It was then that the part of my brain dedicated to filing away “useful stuff” kicked in and I recalled seeing the Cochrane Review on urinary catheter washout solutions… I whipped out my trusty mobile phone and googled it!

I spent the next 5 minutes or so reading the review – which basically stated “There was not enough good research evidence to determine if catheter washouts were useful.” Which left me with a bit of a dilemma…no good evidence – an evidence gap!

I then spent the next 5 minutes worrying!

As a bank nurse it’s quite hard to speak up and to raise issues with practice.  Not only do you not know the people being cared for quite so well, there is also a whole load of team dynamics and not wanting to be seen as a know-it-all to contend with. So I mustered a bit of courage and approached the other nurse who was on duty.

I expressed my concerns that this gentleman had been using urinary catheter washouts for some time and he still had to be admitted to hospital. I showed her the Cochrane Review and I also showed her the printout and expressed my concerns with it. I then mentioned the NMC Code and that it states that we must “always practise in line with the best available evidence” (NMC, 2015).

We had a conversation about what we do when the evidence says there is no good evidence. We both came to the conclusion that in this case we needed to go on what was working for this particular gentleman. In this case the washouts seemed to not be helping and could, perhaps, even be not helping! I stated that I would be very uncomfortable in administering the washout and she agreed.  We then went and had the same conversation with the gentleman in question and he also agreed.  We decided that we would not administer the washout but we would keep the gentleman under observation for the next few weeks just to ensure that stopping them was the right decision. I documented the decision and included a link to the Cochrane Review and a full breakdown of our thought process.

Empowering nurses in their practice

Although in this case the Cochrane Review pointed to an evidence gap it still empowered my practice.  Without the review, I would have not felt confident enough to raise the concern and to have the conversations that ensued.  Having analysed and pondered upon how I recalled the review I can really only put it down to Twitter… I must have seen a link and clicked on it and then was somehow subconsciously able to recall it when it was needed… it really must be wizardry! Whatever it is, I certainly won’t be unfollowing @CochraneUK…EVER – and now I’m following @C_Incontinence too. As for the gentleman, he has had no further problems and looks really, really well… the best I have seen him in years! 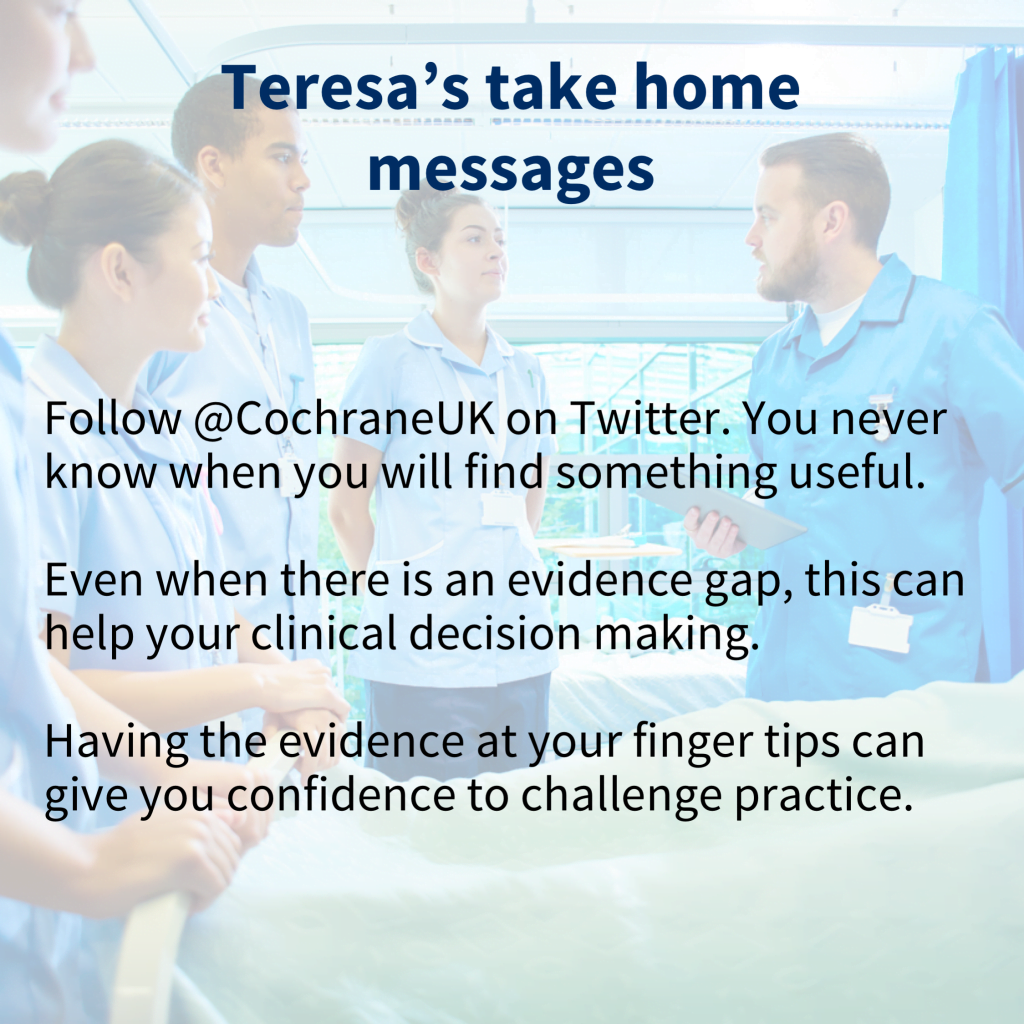 Join in the conversation by leaving a comment on the blog or tweeting @CochraneUK @AgencyNurse @C_Incontinence. You can also follow our ongoing ‘Evidence for Everyday Nursing’ series (#EENursing), which includes several blogs on urinary catheter evidence and practice.

Teresa Chinn MBE is a registered nurse and social media specialist. Teresa founded @WeNurses Twitter discussion group in 2012 as she found herself isolated from the nursing profession following years of agency nursing. Since then the WeNurses Twitter community has gone from strength to strength amassing over 30,000 followers from all over the world and the model has been duplicated for other groups of healthcare professionals. Teresa received an MBE for services to nursing in the 2015 New Years Honours. Website: http://www.wecommunities.org

Cochrane evidence on catheter washouts: from Twitter to the bedside by Teresa Chinn