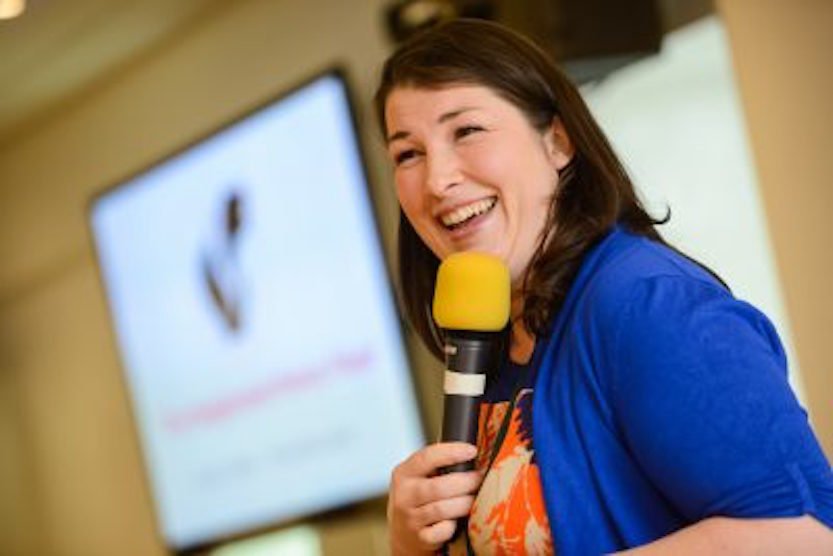 In the fourth guest blog of our new series Evidence for Everyday Allied Health (#EEAHP), physiotherapist, comedian and recovered incontinent Elaine Miller, looks at how comedy has a role to play in disseminating evidence and changing health behaviours.

Allied Health Professionals have a vital role to play in rehabilitation and in times of austerity we become more significant because we are cost effective. For every pound spent on physiotherapy in managing falls, the NHS saves £1.50. We are also key to health promotion, though I think we have been under used and a bit too quiet about our achievements.

Cochrane’s work has shown that many health behaviours have solid research supporting them – yet, getting the public to comply with even simple advice remains a challenge. Even us, the people who engage with health care (well, you’re reading this blog, aren’t you?) – there are always things we know we should be doing but never quite get around to making time for. Exercise, for instance. I know fine well that I should be reducing my sitting time, but I don’t. I’ve got the education, I’ve got the motivation, I’ve got a wee app that cheers if I move more than the average slug – and, still, I spend far longer than I should on the settee.

Would it be appropriate to spend some time researching dissemination and finding effective ways of changing the health behaviour of the general public? This interests me because I’m a physiotherapist working in pelvic health. Getting people to talk about continence and sexual function is a challenge – getting them to seek help is even harder (Continence Foundation of Australia). 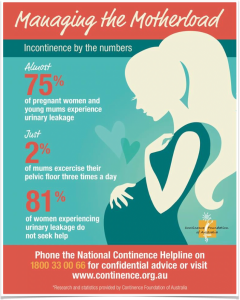 That matters because we know that 1:3 women leak urine and that physiotherapy is effective (NICE 2013) as a front line treatment. It’s a shame that women put up with bladder symptoms because stress incontinence is largely manageable or resolvable with conservative treatment (Dumoulin 2018).

One issue with people not seeking help is that incontinence is a barrier to exercise. Diseases of inactivity kill more people than smoking does. This stuff really matters, and physiotherapy has an important role to play.

Most research in this field is conducted on subjects recruited from clinic – which is a problem as people in clinic are the unusual ones.

To demonstrate, here are all the women in the world with a pelvic floor: 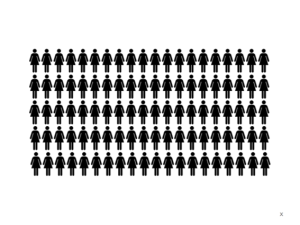 Here, in pink, are the women who leak: 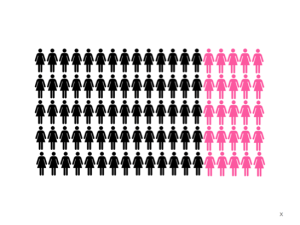 And, here, in red, are the women who both leak and seek help: 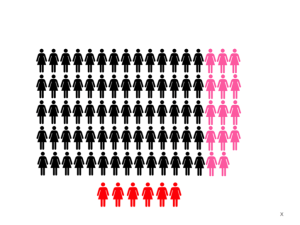 Those red women represent all the women who have ever spoken to their GP, seen a nurse or physiotherapist or had surgery or participated in research. I’m quite curious about the rest of them, the silently suffering majority, the ones who are putting up with it…the ones we are failing to reach.

The fact of the matter is that there are too many patients and not enough therapists.   In a stretched NHS, women need to be able to identify pelvic floor problems, seek help and become self managing.

The burden of incontinence

The financial burden of NOT addressing these issues is huge. In 2012, Australia calculated that incontinence cost them $42.9 billion. That figure included not just the cost of mopping up but of managing the secondary problems like post natal depression, lost earnings and costs of moving into residential care. The UK figures mostly pertain to the cost of pads. The Australian study is likely to be relevant to the UK because our societies are similar, our public health burdens and economies are similar. I’d hope that physiotherapists can lobby politicians and get them to see that the figures associated with incontinence are an outrage to both the people who struggle with bowel and bladder control, and the public purse.

Humour as a health promotion tool

Perhaps it’s time to move our pelvic health promotion out of the clinics, after all that is not where most women are. Could we borrow from marketing and use humour as a health promotion tool?

Laughter is a social emotion, it has bonding qualities. Copywriters know we buy from people we like and that humour is a shortcut to forming positive relationships – which is why almost all viral advertising online is funny. We know there are physical benefits to laughter – deeper breaths, reduced stress and enhanced relaxation. Dr Patch Adams understood that and used storytelling to encourage, give comfort and manage fear. His unconventional approach led to the establishment of Clown Doctors.

Comedy is challenging to research

What is clear is that groups of people are 30 times more likely to laugh than people on their own. Laughter is infectious and has unifying effects – which could be useful in encouraging cohesion and compliance in patient groups. Logically speaking, a funny health promotion campaign should work – but how could we measure its efficacy?

The only established fact in humour is that it is complex, diverse and subjective in nature, so finding something that is guaranteed to make everybody laugh 100% of the time, so you can conduct a randomized controlled trial on it – well, that’s something of a challenge and the Holy Grail of comedy.

The possibilities for using humour in therapeutic relationships are poorly researched. Most studies used humour as a tool to compare the differences in patient engagement, or examined rehearsed as opposed to spontaneous humour. The patients’ perspective is rarely reviewed. 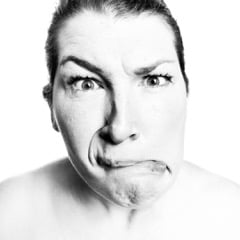 Given that continence and sexual dysfunctions are taboo subjects, I wondered whether, if by making them funny, it might encourage people to talk. That would lead to sharing stories, gaining empathy and perhaps being encouraged to seek help. So, I wrote a comedy show called Gusset Grippers. The aim is that the audience leaves knowing what a pelvic floor is, what it does and where to take theirs if they want to laugh, but not leak.

I’ll distribute voluntary pre-show questionnaires to measure their knowledge and quality of life. That can be compared with post-show, at six weeks and six months to see if there is any behavioural change. Of course, I’ll not be examining my jokes in this initial study. Jokes are like dissecting frogs, you’ll understand it better, but the frog dies in the process.

If you are interested in using comedy for dissemination, have a look at The Bright Club, at a university near you. I think it is worth some consideration. Health promotion requires people to be in control of themselves. Anthropologist Edward Hall said: “If you can learn the humour of a people and really control it, you know that you are also in control of nearly everything else.”

I’m looking forward to this series of blogs from Cochrane to broaden my horizons and celebrate what AHPs bring to the multidisciplinary team.

Join in the conversation on Twitter, where Elaine tweets @GussieGrips and you’ll find us @CochraneUK. The series hashtag is #EEAHP

Comedy, continence and collaboration by Elaine Miller is licensed under a Creative Commons Attribution-NoDerivatives 4.0 International License.

Continence Foundation of Australia. Managing the Motherload: incontinence by the numbers [infographic]. Available from: www.continence.org.au.

Elaine Miller is a pelvic physiotherapist in Edinburgh with a hobby of stand up comedy. She combined the two and wrote “Gusset Grippers”, a show about pelvic floors. It won the “weirdest show of the Fringe” award at the Edinburgh Festivals Fringe, which is, apparently, a compliment. Elaine believes that humour is the fastest way to break down the taboos which surround continence and sexual dysfunctions. She has written for Evidently Cochrane, Mumsnet, been featured in The Glasgow Herald, and spoken about continence on Radio Scotland and This Morning. Her aim is to go on Loose Women and make the obvious joke. You can follow Elaine on Twitter @GussieGrips