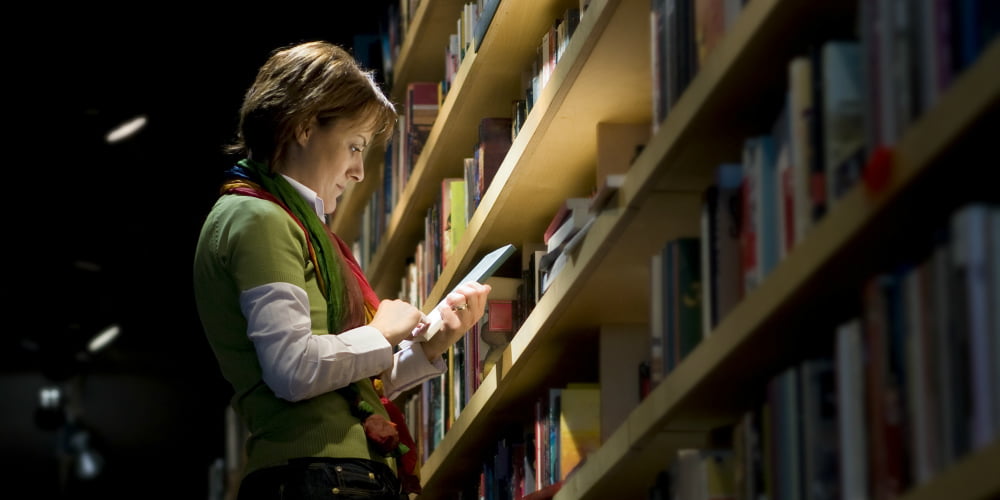 This guest blog comes from Oxford academic June Girvin, who shares her experiences of the menopause, the taboo and the information gap. Today is NHS Change Day and June, along with the rest of our guest bloggers in this special series on the menopause, is backing Menopause UK’s grassroots campaign for Change Day to #ChangeTheChange.

It’s Menopause Week on Evidently Cochrane. I wasn’t sure whether that required an exclamation mark, but decided, all things considered, that it didn’t. My contribution to this week of menopause related blogs is a personal one – or a phenomenological one as this is a blog for ‘Evidently Cochrane’ – and I think my lived experience of the ‘last taboo’ or the ‘Big M’ (thankfully one rarely hears it called ‘THE CHANGE’ anymore with all its doom-laden, metamorphic overtones) might be useful out there in the ether where women are searching for something that relates to their own experience.

I am post-menopause. I am out the other side. I have become the Crone, the Wise Woman. I prefer the latter for obvious reasons. My last period (unless there is just one more lurking in there to surprise me) was about eighteen months ago and that was two years after what I would call my ‘regular’ periods stopped. And it’s only within the last six months or so that some of the more common symptoms of menopause have begun to subside. I still get night sweats for instance, and occasional flushes during the day. No one told me that I would still sometimes feel menopausal, post menopause. And that’s why I agreed to write this, because No One Told Me.

There is some real suffering out there, and mostly in silence.

Like every woman, I had a general idea of what to expect from being menopausal. Hot flushes, irregular periods, moodiness. These are the symptoms most commonly discussed when you do a general search, or read about menopause in women’s magazines – which, incidentally, I suspect are a major source of information for a lot of women. What I didn’t realize, or read about, was how disruptive, intense and severe some of these symptoms can be. I know that not everyone has a really bad time, but from speaking with friends and colleagues (those who were prepared to talk in any detail – some were in a state of definite denial about it all, some embarrassed to talk detail). There is some real suffering out there, and mostly in silence.

I wasn’t expecting this…

For instance, the hot flushes and night sweats didn’t really bother me. The development of severe migraine that disabled me for 24 hours at least once a fortnight did. I was expecting irregular, heavier periods. I wasn’t expecting to bleed three weeks out of four, or to have such excruciating period pain that I was given IM Pethidine by a sympathetic GP. I wasn’t expecting bouts of dizziness and nausea requiring me to lie down for an hour at random times of the day. I was expecting to feel a bit tearful, a bit snappy. I wasn’t expecting to be completely out of control of my emotions. Crying at criticism, at imagined slights, at the television for God’s sake. Or being angry and sharp, irrationally boiling with rage over really small things. Being within a hair’s breadth of walking out of work, of leaving home and twelve hours later thinking ‘What on earth, was that all about?’ It was about peri-menopause. No One Told Me it could be like that. No one warned me that these symptoms might be severe and intense so that I could recognize and work through those times to minimize the disruption to me, my colleagues, my family, my work. And then there were the myriad other relatively minor things – forgetfulness, poor concentration, weight gain (and how it just creeps on…and creeps on…and creeps on), forgetting what I wanted to say mid-sentence, aches and pains, fatigue. There really is a seemingly endless list.

The search for reliable information

The problem for me was that I couldn’t find anything that helped me to decide on what might help. I thought HRT wasn’t an option for me because of the migraines and looking for alternatives was fraught with marketing claim and counter claim, hearsay and opinion.

I was a marketing person’s dream – slightly desperate, willing to try anything, unable to discriminate

I scoured bookshop shelves for information that was sensible, informed (perhaps even evidence-based) and accessible. There were books on ‘women’s health’ that included it as a section – usually a short and not very detailed section. One had a bibliography, there were rarely any references. In magazines and on web forums there were people enthusing about wild yams, black cohosh and red clover. In health food shops I felt like I was a marketing person’s dream – slightly desperate, willing to try anything and unable to discriminate. 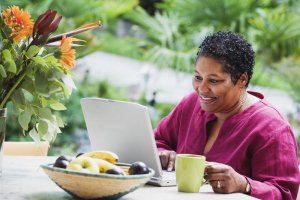 Cochrane is a source of reliable, evidence-based information

As someone working in an academic environment I knew about Cochrane and that its reviews and websites are an excellent source of reliable and evidence-based information. I hoped they might be able to discriminate for me. I looked for the literature, but there isn’t a lot and what’s available is mostly geared around HRT, physiologically oriented and clearly aimed at medical scientists or clinicians. There was not much by way of good literature on effective alternative approaches to managing menopausal symptoms and for women for whom HRT is not an option, the temptation to spend an awful lot of money on products that, at best, have marginal effect, is huge. If menopausal symptoms are severe then you really do want to believe that something will help – however wild it may seem. There are Cochrane reviews – acupuncture (poor evidence), phytoestrogens (poor evidence) and black cohosh (poor evidence), for example, and you can find out more about these in the boxes below, but there is just not enough that is easily accessible to most women on which to base good, well-informed decisions. But all is not lost.

There was one book that was detailed and helpful and that was Miriam Stoppard’s ‘Menopause: The Complete Guide to Maintaining Health and Well-being and Managing Your Life’. It was, at the time, and in the bookshops I was looking in (high street), the only one that seemed based on real experience, was written by a female doctor who had clearly been there, and was evidenced-based. I’ve just looked up the latest edition, and it is better than ever and I would recommend it whole heartedly. It gave me a context to see my own symptoms in, was clear about where possible therapies were evidence-based and where they were not, and was accessibly and confidently written. I’m also now aware of work being done by the Health Experiences Research Group which has produced a range of materials, including films of women talking about their experience of menopause. Jenny Hislop, who worked on this project, has written about this in her blog for Evidently Cochrane. You can also find the site here and it’s terrific. If only I had been able to access it, it would have saved me a lot of worry and uncertainty, and stopped me thinking that I had become a wild, emotionally unstable woman for ever!

So, from a three way conversation on social media, to disclosing my very personal experiences on this blog, I hope to be doing my bit to demolish the ‘last taboo’. I’m a bright, highly successful woman, a senior leader in my field. It’s probably a risk for me to talk about this, even though it’s in the past. A difficult menopause tested my confidence, my work, my emotional and personal life – but I’m out the other side and feeling good. I hope this resonates with some other menopausal women – and I hope it encourages more research and more sharing of the experiences.

A postscript from June Girvin, July 2020:

To all you lovely women who have commented on this blog – THANK YOU.
When I wrote this in 2015, I had no idea it would still be being read and resonating with women 5 years later. I also spent quite a while making my mind up whether to share such a personal experience. I am so glad I did – if knowing that you are not alone has helped just one other woman, just one little bit, then it is so worthwhile. And to see so many of you posting and talking to each other about your experiences and supporting each other is a joy. I hope all of you find your way through, with or without medical help. Good luck.
June

Do phytoestrogen treatments reduce the number and severity of hot flushes and are they safe and acceptable?

Cochrane evidence: A Cochrane review includes 43 randomised controlled trials with over 4000 women, but many were small, brief and poor quality, and looked at many different types of phytoestrogens.

There is no conclusive evidence to show that phytoestrogen supplements effectively reduce the frequency or severity of hot flushes and night sweats in perimenopausal or postmenopausal women.

There was no difference for those having between acupuncture compared with sham acupuncture. Acupuncture seemed to be better than no treatment but less effective than hormone therapy. There was a lack of evidence on harmful effects.

The reviewers say these results should be treated with great caution as the evidence is poor quality.

Read the Cochrane evidence on acupuncture.

There were many problems with the studies and there is no clear evidence on either the effectiveness or safety of black cohosh.

Join in the conversation on Twitter with @ProfJuneG and @CochraneUK or leave a comment on the blog. Please note, we will not publish comments that link to commercial sites or appear to endorse commercial products.

You can find our other blogs on menopause here.

Following a successful career in the NHS June joined Oxford Brookes in 2001 as Deputy Head of the School of Health and Social Care. She became acting Dean in 2002 and was appointed as Dean in 2004. In June 2010 she was appointed as Pro Vice Chancellor (Development and Alumni Relations) and Executive Dean of the restructured Faculty of Health and Life Sciences. June was awarded professorial title from Oxford Brookes in February 2015 in recognition of her professional achievements and academic leadership. June qualified as a Registered General Nurse in 1976 from the Queen Elizabeth School of Nursing, Birmingham and maintains her registration as a nurse with the Nursing and Midwifery Council. She holds a Masters Degree from Cardiff University College of Medicine, and a Postgraduate Diploma in Management Studies (with Distinction). June published extensively in the nineteen nineties on management and leadership and her book "Leadership and Nursing" (1998) is currently being revised. She believes strongly in the benefits of coaching for leadership development and personally coaches two clients per year. She is a mentor and role model for the Higher Education Leadership Foundation's Aurora Programme. She is a reviewer for The Contemporary Nurse Journal and a book reviewer for Palgrave Macmillan. She blogs at JuneinHE.wordpress.com and can be found on Twitter on @JuneinHE June has completed the Higher Education Leadership Foundation's Top Management Programme and in 2011 completed the CASE study tour of Canada, looking at Advancement and Alumni Relations practise in universities in and around Toronto, Ontario. In 2013 she was a participant in the Women's Leadership Forum at Harvard Business School. She is currently serving on a two year Lancet Commission on Nursing in the UK.