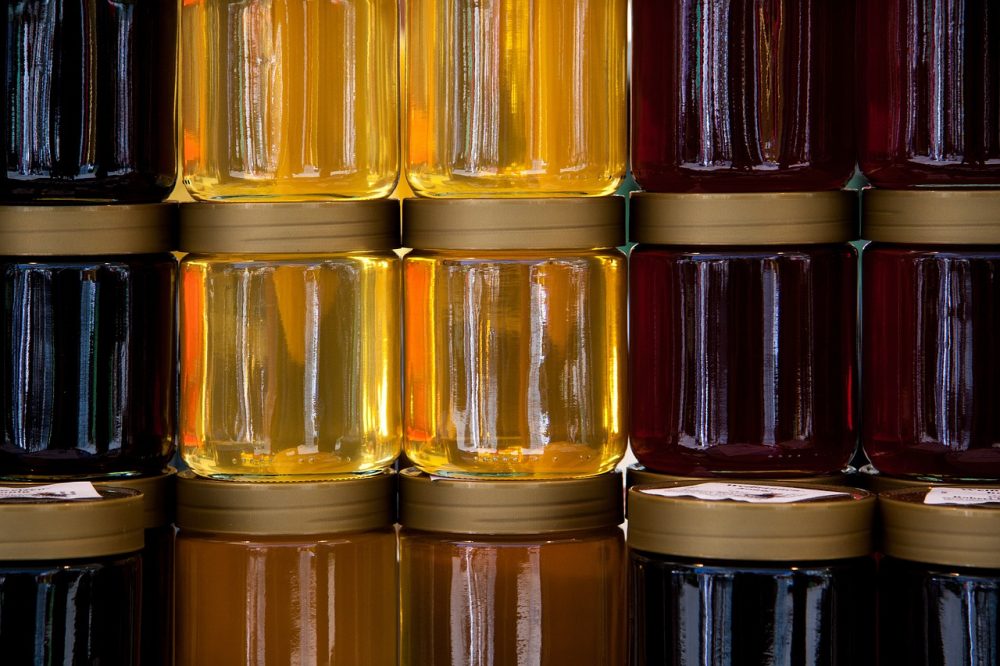 Honey for cough? Is it a helpful treatmentSomething done with the aim of improving health or relieving suffering. For example, medicines, surgery, psychological and physical therapies, diet and exercise changes. More for acuteA health condition (or episodes of a health condition) that comes on quickly and is short-lived. More cough in children? How does it compare with other treatments? Cochrane UK’s Senior Fellow in General Practice, Lynda Ware, looks into honey and at the latest evidence.

No-one knows for sure how long honey has existed but fossils of bees have been found dating back 150 million years. A cave painting in Valencia, Spain, which is over 8000 years old, depicts men collecting honey from a wild bee nest. The earliest record of beekeeping using hives was found in Cairo and dates from 2400 BC.

Honey was used by the ancient Egyptians, the Greeks and the Romans in offerings to their gods. In the Old Testament, Israel was refered to as the ‘land flowing of milk and honey’. Honey was also, of course, used as a sweetener, but was replaced in the seventeenth century by sugar.

Since ancient times it has been considered to have medicinal properties. Much more recently honey has been demonstrated to have antibacterial, antiviral, antifungal and anti-inflammatory activities. It has been used in traditional medicine to treat coughs and today can be found in several over-the-counter (OTC) cough remedies. It is also used in modern medical practice to treat wounds. 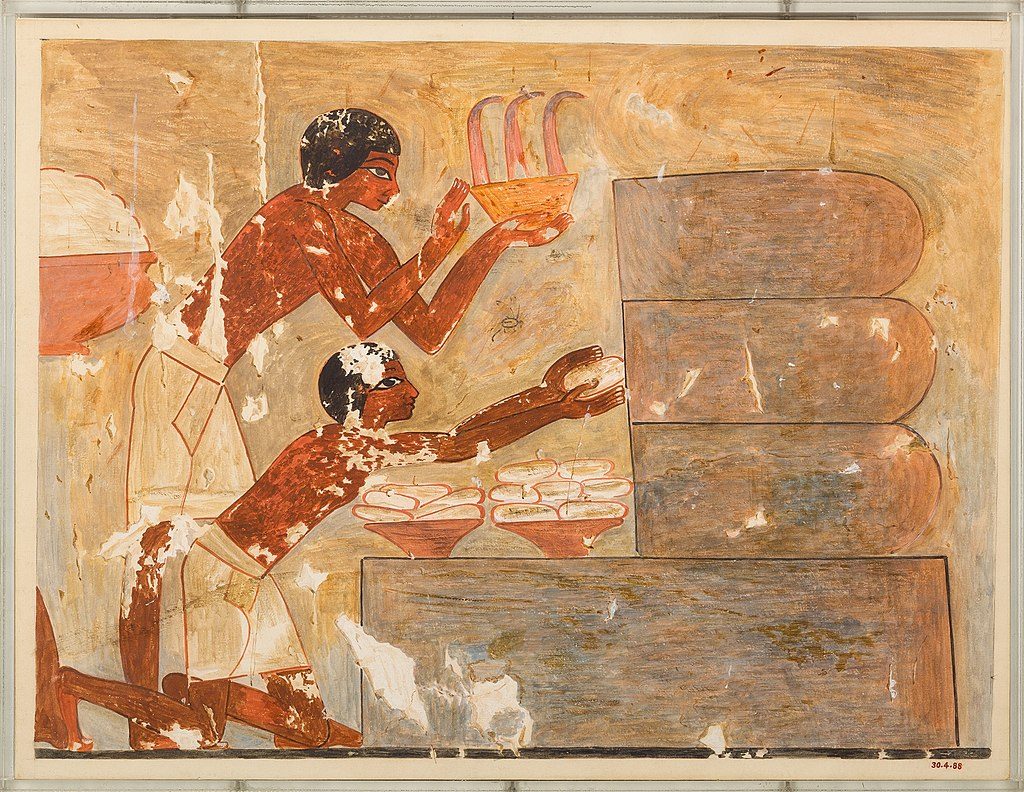 What is honey exactly?

Bees collect nectar from flowers. They use some of this nectar to provide the energy they need to fly and the rest is stored in the hive as honey for when other food sources are scarce The bees ingest and regurgitate the nectar many times until it is partially digested and then place it in honeycomb cells. Once sufficient water has evaporated from the honey, helped by the bees fluttering their wings to circulate the air, the cells are sealed with wax.

The sweetness of honey comes from the sugars fructose and sucrose. Amazingly, once sealed, honey does not spoil and jars of still edible honey have been found which are centuries old.

Honey is thought to be helpful in relieving cough because of its various antimicrobial and anti-inflammatory properties. It has also been suggested that due to its viscous nature it coats the throat causing a soothing effect.

The ‘home remedy’ of hot lemon and honey is promoted in advice from both the British Thoracic Society and NHS Choices. However, honey is not recommended for children under 12 months of age and care must be exercised with hot liquids.

How does honey stand up to scrutiny in helping relieve cough symptoms? 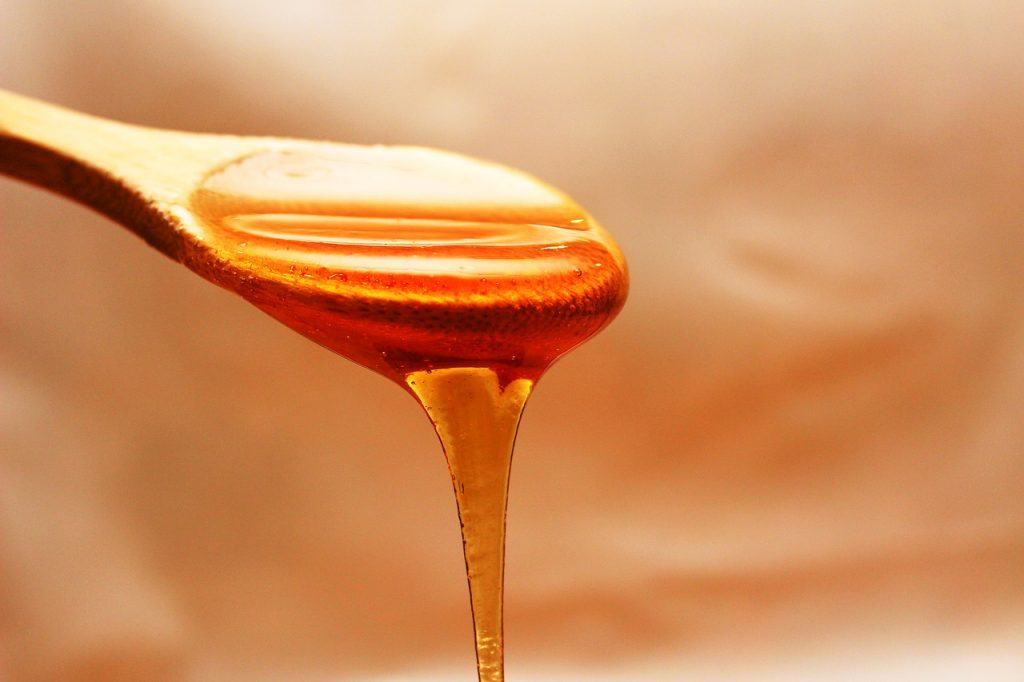 Good news! Honey is probably more effective than doing nothing for relieving cough symptoms and may be as good or better than some commercial cough products.

The review concluded that honey is probably more effective than no treatment at all for providing cough relief and reducing the impact of cough on children’s sleep.

Honey is also probably better than placebo or salbutamol (a drug used in asthma to open the airways) at reducing cough symptoms when given for up to three days.

It may be better than diphenhydramine (an antihistamine drug) and may have a similar effect to dextromethorphan (this is found in OTC preparations such as some Benylin, Night Nurse, Covonia and Boots cough remedies) in reducing cough frequency.

The trialsClinical trials are research studies involving people who use healthcare services. They often compare a new or different treatment with the best treatment currently available. This is to test whether the new or different treatment is safe, effective and any better than what is currently used. No matter how promising a new treatment may appear during tests in a laboratory, it must go through clinical trials before its benefits and risks can really be known. More were small and in most of them the children only received honey for one night, which limited the results of the review. The trials took place in Iran, Israel, USA, Brazil and Kenya. Two studies were supported by pharmaceutical manufacturers, one by a university research centre, one by the Honey Board of Isreal and non-government agencies, and one by USA National Honey Board. One studyAn investigation of a healthcare problem. There are different types of studies used to answer research questions, for example randomised controlled trials or observational studies. More did not report on its funding sources.

Overall the authors concluded that there was no strong evidence for or against using honey to relieve cough in children.

Although cough is a normal protective mechanism whereby we clear secretions and foreign bodies from our airways, it can cause considerable distress and anxiety, alongside days lost from school and work, as well as taking up doctors’ appointments. Simple, safe remedies which do not need a prescription can be helpful. This review shows that honey is probably effective in relieving cough symptoms and may be at least as effective as some OTC preparations.

Reference: Oduwole O, Udoh EE, Oyo-Ita A, Meremikwu MM. Honey for acute cough in children. Cochrane Database of Systematic ReviewsIn systematic reviews we search for and summarize studies that answer a specific research question (e.g. is paracetamol effective and safe for treating back pain?). The studies are identified, assessed, and summarized by using a systematic and predefined approach. They inform recommendations for healthcare and research. More 2018, Issue 4. Art. No.: CD007094. DOI: 10.1002/14651858.CD007094.pub5.

Honey for cough in children: can it help? by Lynda Ware