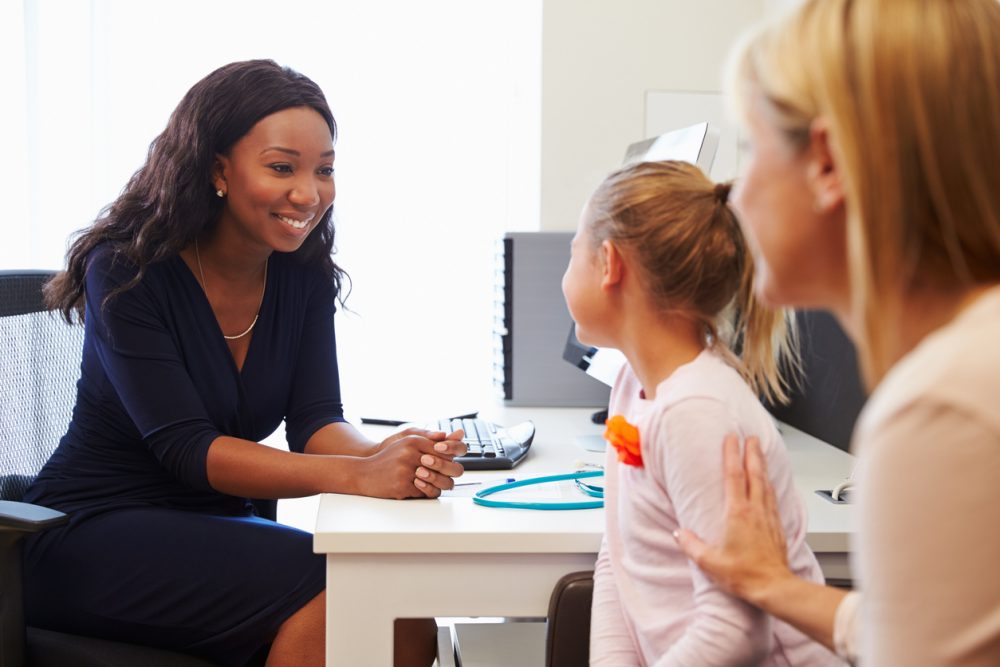 In a blog for a non-medical audience, Lynda Ware, Senior Fellow in General Practice with Cochrane UK, looks at the latest evidence on treatments for cutaneous molluscum contagiosum, a common skin infection.

MCV causes raised, dome-shaped spots, usually 2-6mm across, although they can be as large as 2cm. They have a shiny surface and a central dimple and are usually skin-coloured. The spots often occur in clusters and MC spots can appear on any part of the body, sparing only the palms and soles of the feet. They are usually readily diagnosed by their appearance and no tests are needed. 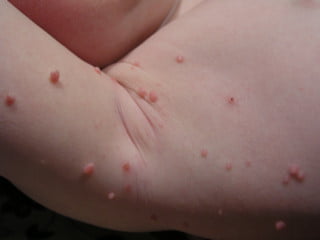 How do we catch molluscum contagiosum virus?

MCV is highly contagious, in other words it is spread from person to person by touching affected skin. It can also be transmitted by clothes, towels, toys etc which have been in contact with the virus. The virus can also be spread by scratching or picking at the spots. Molluscum contagiosum is more common and often more extensive in people with atopic eczema and people whose immune system is suppressed, for example by HIV infection or immunosuppressant medication, may develop large numbers of spots.

What problems can molluscum contagiosum virus cause?

The infection most commonly resolves over time but it can be doggedly persistent. On the whole, the spots clear within 6-18 months but they can last for several years. If the spots are extensive and/or highly visible they can cause significant psychological distress because of their cosmetic appearance. The spots sometimes heal leaving a scar, especially if they have been traumatised or become infected. They do not usually cause symptoms unless inflamed or infected when they can become painful or itchy. If traumatised the spots may bleed slightly.

How can molluscum contagiosum be treated?

When I was a newly qualified GP (35 years ago…oh dear) one popular treatmentSomething done with the aim of improving health or relieving suffering. For example, medicines, surgery, psychological and physical therapies, diet and exercise changes. More was to poke out the centre of the spot with an orange stick. This aimed to remove the central core, which harboured the virus. Treatments listed in the 2012 NICE CKS (Clinical Knowledge Summaries) for the management of molluscum contagiosum include the following recommendations :

This advice is based on pragmatism and expert opinion.

This advice is based on what CKS considers to be good clinical practice in UK.

In May 2017 the Cochrane systematic reviewIn systematic reviews we search for and summarize studies that answer a specific research question (e.g. is paracetamol effective and safe for treating back pain?). The studies are identified, assessed, and summarized by using a systematic and predefined approach. They inform recommendations for healthcare and research. More Interventions for cutaneous molluscum contagiosum was published. The review authors aimed to assess the effectivenessThe ability of an intervention (for example a drug, surgery, or exercise) to produce a desired effect, such as reduce symptoms. More of various treatment and management strategies for cutaneous (ie on the skin, but excluding the genital areas) molluscum contagiosum in people whose immunity was not compromised. 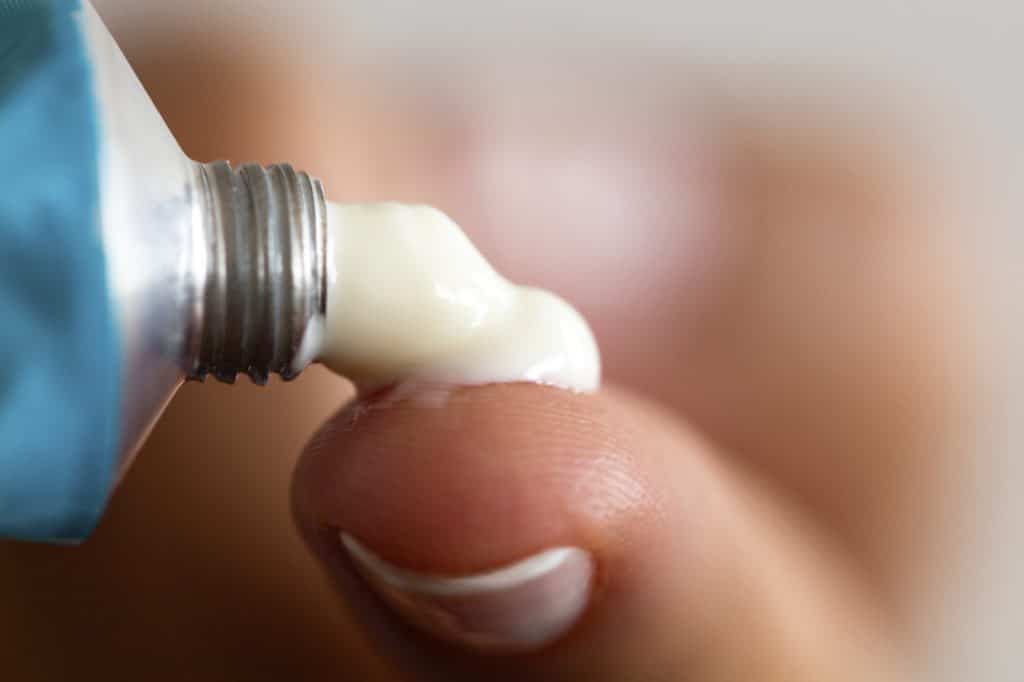 Are there effective treatments for molluscum contagiosum?

Cochrane reviewsCochrane Reviews are systematic reviews. In systematic reviews we search for and summarize studies that answer a specific research question (e.g. is paracetamol effective and safe for treating back pain?). The studies are identified, assessed, and summarized by using a systematic and predefined approach. They inform recommendations for healthcare and research. More are periodically updated and there were 11 new studies to add since the previous version, making 22 in total, involving 1650 participants. 20 of these studies looked at topical treatments and two looked at systemic treatments. Most of the participants were children or young adults.The review considered clinical cure in the short, medium and long term, as well as short term improvement and adverse effects.

Three of the studies included were unpublished (2005) and had been undertaken by 3M Pharmaceuticals, and submitted to the American Food and Drug AssociationA relationship between two characteristics, such that as one changes, the other changes in a predictable way. For example, statistics demonstrate that there is an association between smoking and lung cancer. In a positive association, one quantity increases as the other one increases (as with smoking and lung cancer). In a negative association, an increase in one quantity corresponds to a decrease in the other. Association does not necessarily mean that one thing causes the other. More. Together with another published trial, these studies contributed nearly half of the participants (about 800 in all) and compared 5% imiquimod cream to placeboAn intervention that appears to be the same as that which is being assessed but does not have the active component. For example, a placebo could be a tablet made of sugar, compared with a tablet containing a medicine. More (a dummy cream).

The other studies considered a variety of comparisons of treatment including cryospray (this is a freezing treatment), 10% Australian lemon myrtle oil, 10% benzoyl peroxide, 0.05% tretinoin, 5% sodium nitrite, 5% salicylic acid, tea tree oil and several others. The quality of evidenceThe certainty (or quality) of evidence is the extent to which we can be confident that what the research tells us about a particular treatment effect is likely to be accurate. Concerns about factors such as bias can reduce the certainty of the evidence. Evidence may be of high certainty; moderate certainty; low certainty or very-low certainty.  Cochrane has adopted the GRADE approach (Grading of Recommendations Assessment, Development and Evaluation) for assessing certainty (or quality) of evidence. Find out more here: https://training.cochrane.org/grade-approach More for comparisons of these treatments was low (in other words the findings may be true but are likely to change with more clinical dataData is the information collected through research. More.) There were no randomizedRandomization is the process of randomly dividing into groups the people taking part in a trial. One group (the intervention group) will be given the intervention being tested (for example a drug, surgery, or exercise) and compared with a group which does not receive the intervention (the control group).   More trialsClinical trials are research studies involving people who use healthcare services. They often compare a new or different treatment with the best treatment currently available. This is to test whether the new or different treatment is safe, effective and any better than what is currently used. No matter how promising a new treatment may appear during tests in a laboratory, it must go through clinical trials before its benefits and risks can really be known. More for several commonly used treatments such as expressing (poking!) lesions with an orange stick or topical hydrogen peroxide.

The authors concluded that:

‘No single interventionA treatment, procedure or programme of health care that has the potential to change the course of events of a healthcare condition. Examples include  a drug, surgery, exercise or counselling.   More has been shown to be convincingly effective in the treatment of molluscum contagiosum.’

With particular reference to 5% imiquimod cream, there was moderate quality evidence (in other words this is probably true, but further trial data could change the conclusions) that 5% imiquimod cream is no more effective than placebo in terms of cure, but leads to more local skin reactions where it has been applied. There was high quality evidence (in other words we can be very certain that the conclusions are true) that 5% imiquimod is not better than placebo in bringing about short term improvement.

So what should we do?

No one treatment emerges triumphant from this Cochrane review. In the majority of cases natural resolution is the way forward. Explanations about how long it may take to resolve, as well as reassurance that there is usually nothing to worry about, will help encourage patience. Trying to prevent spread to others by not sharing towels etc also makes sense but exclusion from sport, school and social gatherings is not necessary. Advice about resisting the urge to pick or scratch the spots will help prevent further spread.

So, unfortunately, there is no magic wand (or, perhaps that should be orange stick….)

Molluscum Contagiosum: what to do about this skin infection? by Lynda Ware