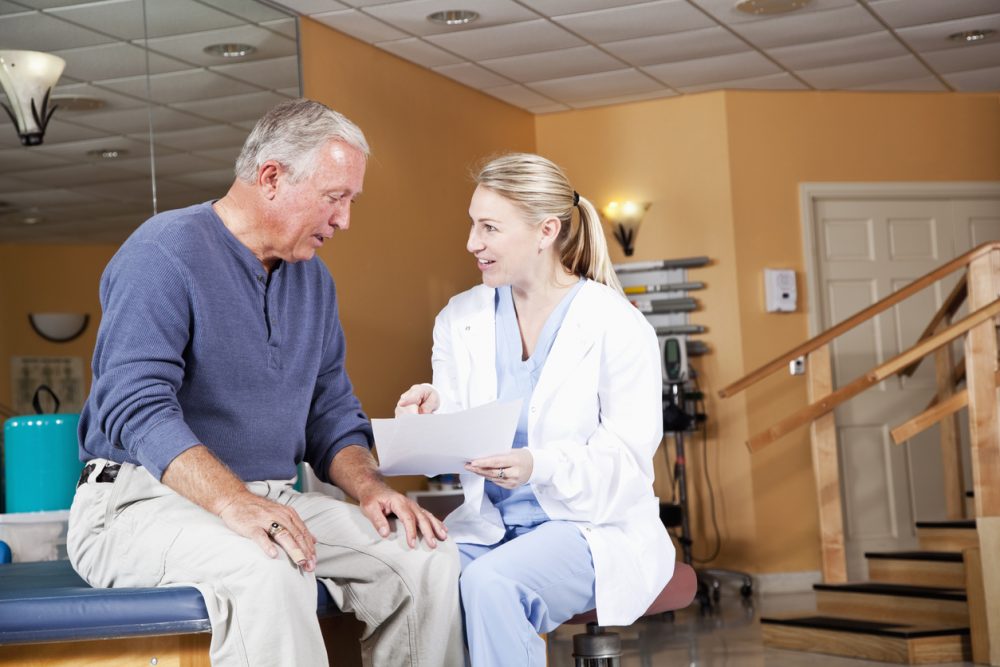 In this blog for stroke survivors, their families and clinical staff, Mark Smith, Consultant Physiotherapist in Stroke Rehabilitation, looks at Cochrane evidence on physical rehabilitation approaches for the recovery of function and mobility following stroke and explores the importance of the findings with respect to service delivery in an ever changing landscape of health and social care.

Stroke is often termed a “recovering neurological condition”, but how much recovery can we expect in response to what sorts of intervention and in what doses? Strokes happen as a result of a disturbance of the blood supply to the brain, mostly in older people and mostly due to the blocking of arteries supplying oxygenated blood to the brain. But less commonly, strokes can affect younger people (and children) and may also be the result of a burst blood vessel causing a haematoma (collection of blood) within the brain mass.

The stroke “pathway” extends from the initial hyper-acute episode, usually the first minutes and hours post onset of symptoms in the community setting, emphasising that “time is brain” through the “FAST” (Face, Arm, Speech, Time to call 999) campaign supported by the main UK stroke charities, Stroke Association and Chest, Heart & Stroke Scotland. The aim is to deliver patients with a suspected stroke to appropriately specialist hospital/stroke unit care as soon as possible in order to receive life saving and disability reducing hyper-acute interventions such as thrombolysis (using clot-busting drugs) and more recently thrombectomy (breaking and removing the clot with tools) in patients who meet the necessary criteria. 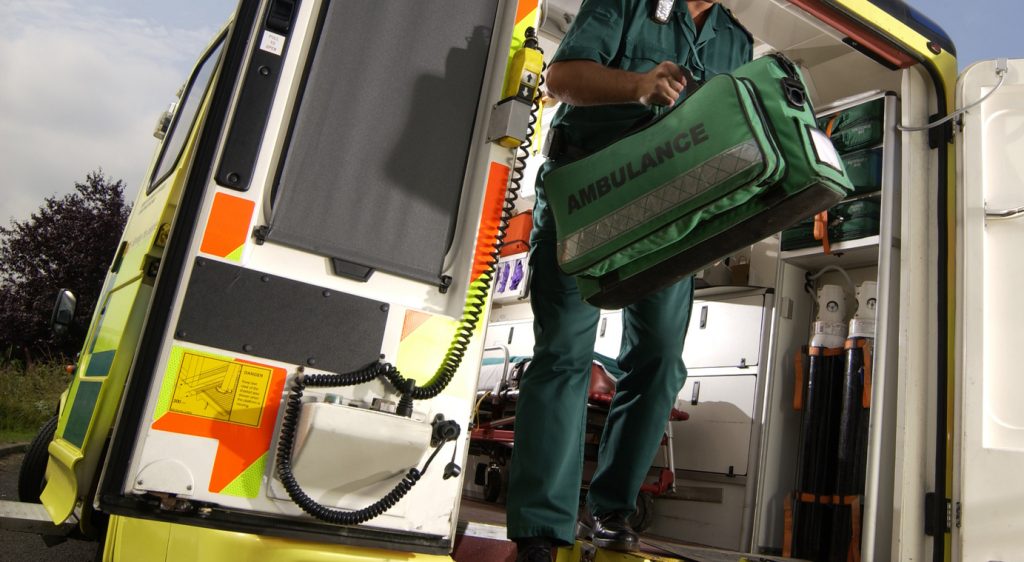 When someone has a stroke, there’s a need for rapid recognition and action, as emphasised by the FAST (Face, Arm, Speech, Time to call 999) campaign

This hyper-acute stage of the pathway is highly evidence-based, medicalised and thoroughly audited across the UK by the two main stroke audits – Sentinel Stroke National Audit Programme (SNNAP) in England and Wales, and the Scottish Stroke Care Audit (SSCA) in Scotland, with a view to time critical delivery to all eligible patients. However, the subsequent audit around rehabilitation interventions can be less thorough despite a growing body of evidence to support physical interventions.

Ongoing physical rehabilitation: what should we do?

Most patients with stroke will need some kind of ongoing physical rehabilitation to assist them in achieving best outcomes possible (with respect to the severity of the stroke but also with respect to the resource available) and we are increasingly becoming aware that there are some critical elements in achieving that. But can we, and do we, deliver what patients should receive in our publicly funded UK health and social care system and is the evidence sufficiently persuasive to argue strongly for this? How do we ensure that a health condition such as stroke which spans a pathway from the community through hyper-acute medical hospital care, possibly downstream in-patient rehabilitation and back to the community via health and social care is fit for purpose? And how do we remove the diagnostic stroke “badge” and simply allow an individual to function again in society with the support they need to manage their long term condition?

Perhaps there is a persuasive argument for delivering evidence-based stroke rehabilitation with appropriate levels of quality and intensity as it is considered a human right in many societies? 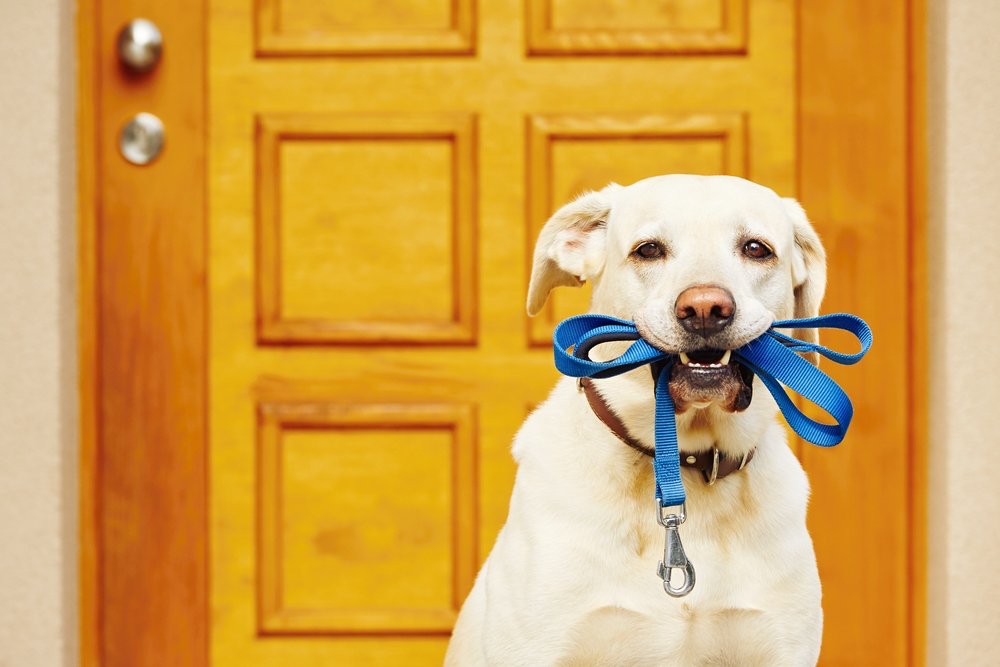 How do we remove the diagnostic stroke “badge” and simply allow an individual to function again in society with the support they need to manage their long term condition?

The evidence for physical rehabilitation after stroke

Evidence for physical interventions relating to walking and physical rehabilitation after stroke is becoming increasingly available in the form of high quality systematic reviews that can inform clinical guidelines as well as high level government strategy with respect to stroke. We tend to find it mostly relating to physical therapy and exercise/fitness interventions.

Pollock et al (2014a) revisited an older Cochrane Review (Pollock et al 2009). Previous versions of the review had focussed on physiotherapy interventions for the lower limb and walking after stroke but they decided to use a novel approach in the reappraisal of the literature and update of the evidence. The review was subsequently re-titled Physical Rehabilitation Approaches for the Recovery of Function, Balance and Walking following Stroke. The academic elements of reviewing papers followed the usual Cochrane protocol.

In order to gauge the relevance of the evidence for clinical practice, but also critically for stroke survivors and carers, in parallel with revisiting the evidence through systematic review,co Pollock and colleagues also convened a multi key stakeholder short life working group comprised of stroke survivors, carers and clinical staff. This group was charged with sense-checking and “validating” the evidence as being clinically relevant as it emerged, using formal group consensus methods based on nominal group techniques. This involved a system of voting which focussed the group in reaching consensus. The academic researchers involved in the systematic review attended the working group meetings and presented the various options in directing the review, but did not vote themselves so as to minimise bias. This arm of the project culminated in a presentation at the 2014 Cochrane UK and Ireland Symposium, held in Manchester, in which key stakeholders in the review led a workshop on user-involvement in writing Cochrane Reviews. The dual aims of this work were to determine if physical treatment approaches are effective in the recovery of function and mobility in patients with stroke and to see whether any one physical treatment approach is more effective than any other approach.

The presentation of the updated evidence as a result

Ninety six studies, involving 10,401 stroke were included in the review (Pollock et al 2014a). Results of 27 studies (3243 stroke survivors) could be combined comparing physical rehabilitation with no treatment at all. Twenty five of these studies were carried out in China and were unusual in that they compared an active treatment/intervention group to a control group with no clinical intervention. Additional physical rehabilitation versus usual care was described in 12 of these studies demonstrating improved motor function (887 stroke survivors), standing balance (five studies, 246 stroke survivors) and walking speed (14 studies, 1126 stroke survivors). There was also limited evidence of dose intensity for the first time, with treatment durations given between 30 and 60 minutes per day apparently carrying the most significant benefits, but future research needs to verify this.

Physiotherapists should use their expert clinical reasoning to select individualised, patient-centred, evidence-based physical treatment, with consideration of all available treatment components, and should not limit their practice to a single “named” approach.

Physiotherapy, using a mix of components from different approaches, is effective for the recovery of function and mobility after stroke

This work is supported by another recently updated Cochrane Review around Fitness Training for Stroke Survivors (Saunders et al 2016) which included 58 trials involving 2797 participants with stroke. These studies were grouped according to the type of fitness training intervention – cardiorespiratory (28 trials, 1408 participants) resistance (13 trials, 432 participants) and mixed training (17 trials, 4342 participants).

English et al (2017) included 17 trials involving 1297 stroke survivors (most of whom could walk 10 metres) in another recent Cochrane Rcoeview to examine the effectiveness and safety of Circuit Class Therapy (CCT) on mobility in adults with stroke. Ten studies (835 participants) measured walking capacity, demonstrating that CCT was superior to the comparison intervention, eight measured gait speed again finding that CCT was of significant benefit. Their conclusion was that there was moderate evidence to suggest that CCT is effective in improving mobility for people after stroke. These effects may be greater later after the stroke and stroke survivors may be able to walk further, faster, with more independence and confidence in their balance, but further high quality research is required.

Well, the research evidence, albeit largely of moderate quality, points to the efficacy of a broad range of interventions in the physical rehabilitation of people with stroke, with little detail about which specific interventions are of most value in which settings, and indeed the best delivery mechanisms to make them most easily and effectively implemented. More research is needed to generate higher quality evidence and implementation guidance. Recommendations in stroke guidelines (RCP 2016) and stroke strategies (Scottish Government 2014) have been made on the basis of these findings, particularly with respect to adequate dose. However, given that studies are disparate, have been derived from around the world and as a result conducted within a great variety of different healthcare (and social care/leisure) settings, it is challenging for clinicians to know exactly how to implement the reported findings.

The work of Pollock et al (2014) in engaging multi key stakeholders in making more “real” the findings of their systematic review made an effort to think about how we might implement the evidence, particularly in relation to the views of stroke survivors, carers and therapists. Perhaps we need to be less defensive of historical professional and service silo boundaries and use this evidence in the best interests of the stroke survivors we aim to serve, though imaginative use of commissioning mechanisms, third sector organisations, the leisure industry, healthcare staff resources and the capacity we have to deliver stroke rehabilitation interventions?

The World Health Organisation (WHO) has recently argued that the benefits of rehabilitation are realised beyond the health sector and that delivered appropriately can reduce care costs and enable participation in education and gainful employment (WHO 2017). With respect to the stroke pathway, if we are serious about saving lives at the “front door”, let’s also make them worth living at the “back door” and beyond.

Mark Smith is a Trustee of the Stroke Association.

Mark Smith, Grad Dip Phys, BSc (Hons), MPhil, MCSP Consultant Physiotherapist in Stroke Rehabilitation, NHS Lothian. As an AHP Consultant, Mark Smith's primary responsibilities are to develop stroke rehabilitation pathways throughout Lothian; to practice expert physiotherapy; to provide clinical consultancy and guidance for colleagues; to educate at under and postgraduate levels and to pursue research topics in stroke rehabilitation. He was a Chief Scientist Office Research Training Fellow and completed an MPhil at Queen Margaret University, Edinburgh where he is currently an Honorary Associate Lecturer. He represents physiotherapy and rehabilitation on the Scottish Government National Advisory Committee for Stroke, the Scottish Stroke Care Audit Steering Group and he chairs the Scotland Committee of the Stroke Association, a charity of which he is a Trustee. His particular clinical/research interests include the hemiplegic shoulder, pain after stroke, exercise after stroke, treadmill training and recovery of walking after stroke, areas in which he has peer reviewed publications. His interests include disability golf, in which he acts as an international classifier of players and member of the medical committee of the European Disabled Golf Association.