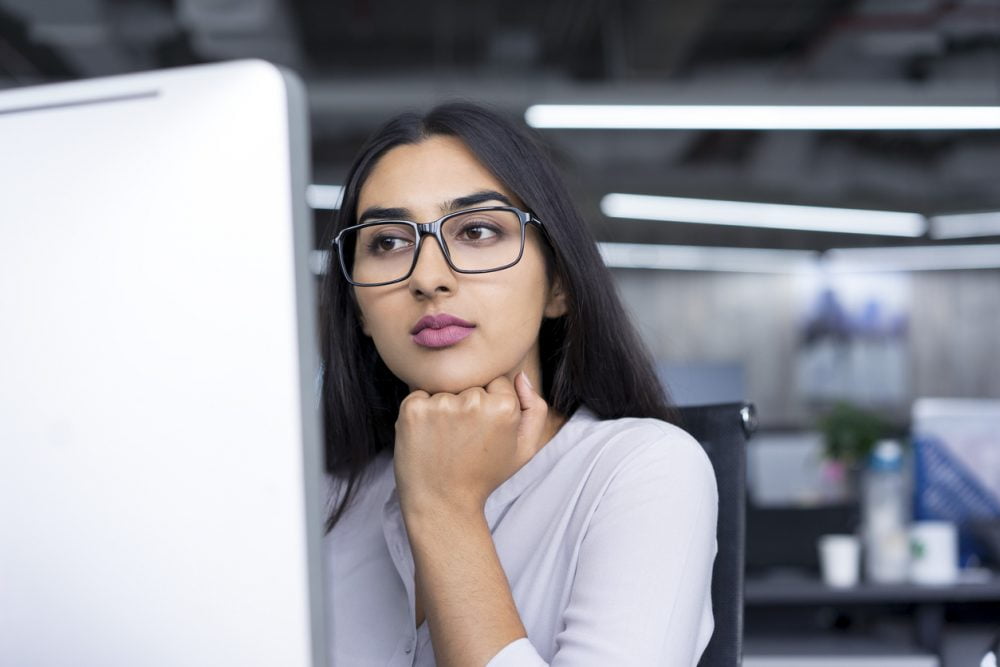 In this blog for non-medical readers, Cochrane UK’s Senior Fellow in General Practice, Lynda Ware, looks at polycystic ovary syndrome (PCOS) and the evidence on treatments.

What is polycystic ovary syndrome (PCOS)?

PCOS is common. It is estimated that somewhere between 5 and 10% of women of reproductive age have it, although quoted figures vary widely. For some it is distressing and only too obvious. For others there are no outward signs of anything amiss.

There isn’t universal agreement on how best to diagnose PCOS. The most widely accepted criteria state that two out of the following three features should be present:

The earliest known description of PCOS was written by Vallisneri in 1721 in Italy when he described a ‘young married peasant woman, moderately obese and infertile, with two larger than normal ovaries, bumpy, shiny and whitish, just like pigeon eggs’.

It was not until 1935, when Stein and Leventhal presented a paper identifying the syndrome at a meeting of the Central Association of Obstetricians and Gynaecologists in America, that PCOS began to evolve from being ‘a gynaecological curiosity’ to what is now considered a multisystem endocrine disorder. It was originally called Stein-Leventhal syndrome.

The exact causes of PCOS are not known but it often runs in families and  having a close female relative such as mother, sister or aunt with the condition makes it more likely to occur. There is also an association with obesity.

All women have small amounts of male hormones in their blood but in PCOS the ovaries often produce higher levels than normal, especially testosterone.

Women with PCOS are commonly found to be resistant to the action of insulin, a hormone that regulates blood sugar levels. To compensate for this, insulin levels rise and this in turn stimulates the ovaries to produce testosterone. Women who are overwight or obese have higher levels of insulin than normal.

Luteinising hormone (LH) from the anterior pituitary gland, may also be raised in PCOS. LH is a gonadotrophin which, alongside follicle-stimulating hormone (FSH), regulates the menstrual cycle, ovulation and fertility.

Some women with PCOS have low levels of sex hormone-binding globulin (SHBG) which binds to testosterone and reduces its effect.

A few women with PCOS have raised prolactin levels.

What are the effects of PCOS?

PCOS appears to be a spectrum of disorders, with some women having only mild symptoms whilst others are affected more severely.

There is also a greater risk of certain long-term health problems:

What can be done to help?

Unfortunately, there is no cure for PCOS but often it can be managed without medical intervention.

The mainstay of management is a healthy lifestyle, eating a healthy diet and exercising regularly. Losing excess weight is important and the aim should be to achieve a normal BMI (ie 19-25) since this can lower the risk of developing diabetes and heart problems and also improve fertility. It may also lower the risk of endometrial cancer, reduce acne and decrease excess hair growth.

Excess unwanted hair can be deeply distressing. There are various hair removal techniques such as depilatory creams, waxing, electrolysis and laser hair removal.

Women over 40 with PCOS should have yearly checks on their blood sugar levels and before the age of 40 if obese or there is a family history of diabetes. GPs will advise on blood pressure reviews and cholesterol checks. If irregular menstrual bleeding occurs or periods stop altogether, it may be necessary to have a pelvic ultrasound to assess the thickness of the endometrium and a gynaecological referral if there are any concerns.

The oral contraceptive pill or intermittent courses of a progestogen can be helpful in regulating menstruation. They also help reduce the risk of endometrial cancer developing. The intrauterine system (IUS), another hormonal contraceptive, helps prevent thickening of the lining of the womb but does not always promote regular bleeds. 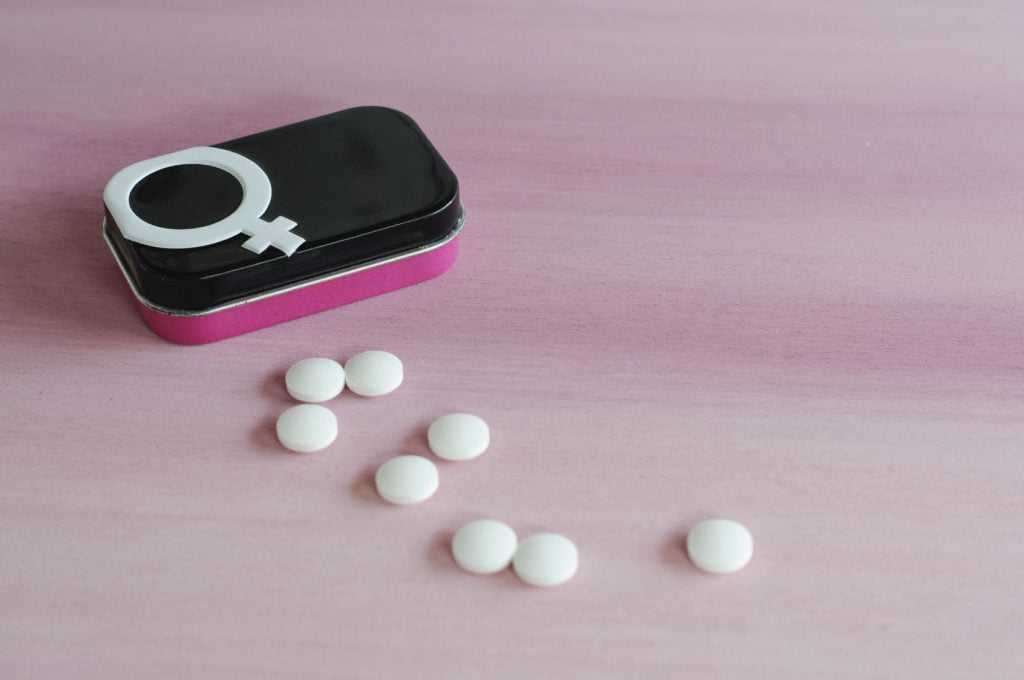 The oral contraceptive pills can be helpful in regulating menstruation in women with polycystic ovary syndrome.

Thankfully, many women with PCOS have no difficulty getting pregnant.

When problems do arise there are various courses of action.

Clomiphene citrate is usually the first line of treatment and it acts by stimulating ovulation. Letrozole and tamoxifen, drugs used to treat breast cancer, are sometimes prescribed in place of clomiphene.

Metformin is used to treat type 2 diabetes. It increases sensitivity to insulin  and thereby reduces insulin and sugar levels in the blood. In PCOS it can help stimulate ovulation and regulate periods.

If none of the above treatments works, then gonadotrophins may be recommended or a surgical procedure called laparoscopic ovarian drilling (LOD). LOD is a technique that destroys ovarian tissue thereby decreasing testosterone levels and promoting ovulation.

Finally, assisted reproducion techniques such as IVF (in vitro fertilisation) or ICSI (intracytoplasmic sperm injection) may be considered.

Certain medications which work by blocking testosterone or suppressing its production by the ovaries can be helpful. The oral contraceptives Dianette, Marvelon and Yasmin are examples; also cyproterone acetate, spironolactone, flutamide and finasteride.

Eflornithine (Vaniqa) is a cream, available on prescription, that can slow the growth of unwanted hair.

There are various treatments available both over-the-counter and on prescrition which can help reduce acne. Good advice can be sought from a pharmacist or GP.

What do Cochrane systematic reviews tell us?

There are over twenty published systematic reviews in the Cochrane Library exploring PCOS. Half of these consider treatments, both medical and surgical, to improve fertility outcomes. Other reviews look at the impact of various interventions – medical, surgical and lifestyle changes – on the symptoms of PCOS.

Much of the evidence included in the reviews looking at the effectiveness and safety of treatments to improve fertility is of low or very low quality. This means that the results must be interpreted with caution.

The Cochrane Review Clomiphene and other antioestrogens for ovulation induction in polycystic ovarian syndrome (December 2016) finds that Clomiphene citrate may improve the chance of clinical pregnancy when compared to placebo (a dummy tablet) but is less effective than gonadotrophins, which probably result in more live births but a higher miscarriage rate. There appears to be no evidence of a difference in effectiveness between clomiphene and tamoxifen although letrozole probably results in more live births.

The Cochrane Review Metformin treatment before and during IVF or ICSI in women with polycystic ovary syndrome (December 2020) finds that Metformin may improve live birth rates compared to placebo but women are likely to encounter gastrointestinal side-effects. Studies which compared the effects of metformin to placebo/no treatment before or during IVF/ICSI treatment in women with PCOS found no conclusive evidence that metformin improves live birth rates. Metformin may reduce the incidence of ovarian hyperstimulation syndrome (OHSS). It is uncertain whether other insulin-sensitising drugs, such as rosiglitazone and pioglitazone, have the same effects.

When comparing the effects of clomiphene and metformin, results differ according to the BMI of the women. An improvement in clinical pregnancy and ovulation rates suggests that clomiphene citrate remains preferable to metformin for ovulation induction in obese women with PCOS.

It is uncertain whether there is an advantage in performing ovarian drilling laparoscopically (LOD) or transvaginally with ultrasound guidance (UTND). It is also unclear whether adding gonadotrophins to UTND confers greater benefits compared to gonadotrophins alone. More trials are needed to be sure about the long-term effects of ovarian drilling on ovarian function.

There is insufficient evidence to support the use of Chinese herbal medicine, find the authors of the Cochrane Review Chinese herbal medicine for subfertile women with polycystic ovarian syndrome (June 2021) or Acupuncture for polycystic ovarian syndrome (July 2019) to improve fertility. Similarly, it is uncertain whether the dietary supplement inositolis effective in increasing pregnancy and live birth rates when added to standard treatment before IVF or ICSI.

The authors of the Cochrane Review published in March 2019 found no studies looking at lifestyle changes in women with polycystic ovary syndrome and their effects on live birth, miscarriage and menstrual patterns.

The same Cochrane Review lifestyle changes in women with polycystic ovary syndrome did find fifteen small studies to include in the review, with low quality evidence that reveals that a healthy lifestyle may result in weight loss and a reduction in male hormone in some individuals.

The Cochrane Review Metformin versus the combined oral contraceptive pill for hirsutism, acne, and menstrual pattern in polycystic ovary syndrome (August 2020) considers the role metformin might play in relieving the symptoms of PCOS. Data from trials comparing metformin with the oral contraceptive pill (OCP) were included. The certainty of the evidence is low or very low throughout and more robust evidence is required to be sure of benefits and harms.

PCOS is a common disorder which can have devastating effects on a woman in terms of her appearance, self-esteem, fertility and long-term health. It is a multi-system endocrine disorder, which is poorly understood. Treatments are available but there is none that effects a cure. More research is needed to understand what causes this condition and how it may be effectively treated.

Polycystic ovary syndrome: how can it be treated? by Lynda Ware