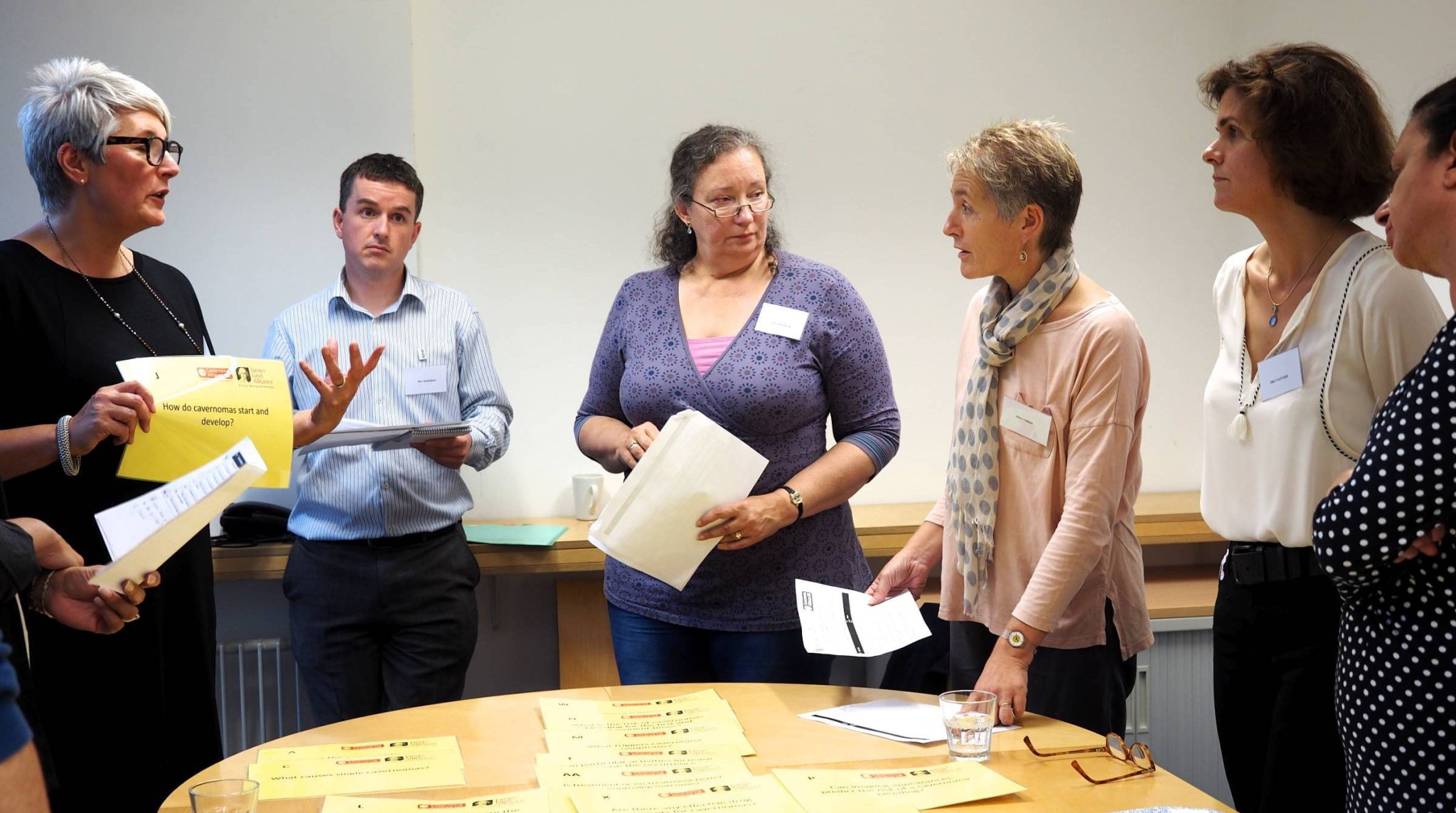 This blog is based on the Final Report of the James Lind Alliance Cavernoma Priority Setting Partnership, written by David White with Simon Temple, Rustam Al Shahi Salman and Ian Stuart on behalf of the Cavernoma PSP.

Often simple ideas are the best. The work of the James Lind Alliance (JLA) is based on simple ideas. How can we ensure best use of finite resources for health research? By making sure research is prioritised, that it addresses uncertainties about things that matter most. How do we know what matters most? By asking the people living with a condition, their families and friends, the health professionals who work with them, and researchers in the field.

This is the basis for JLA Priority Setting Partnerships (PSPs), of which there have now been over 30, on conditions from asthma to stroke. Each of these interested parties is represented through membership of the Steering Group and there is also much wider consultation through surveys. The culmination of the work of these PSPs is the identification and ranking of unanswered questions, with the Top 10 sent to commissioners, funders and policy makers and the longer list added to the UK Database of Uncertainties about the Effects of TreatmentSomething done with the aim of improving health or relieving suffering. For example, medicines, surgery, psychological and physical therapies, diet and exercise changes. More (UK DUETs).

Most recently, in November 2015, the Top 10 for the PSP on cavernoma was published.

What is cavernoma and why was this PSP needed? 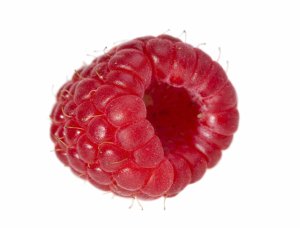 A cavernoma is a cluster of leaky blood vessels, resembling a raspberry

Cavernomas are clusters of abnormal, leaky blood vessels that are found throughout the Central Nervous System, including the brain and spinal cord. They can appear in people of any age. Most often, they cause no medical problems, but cavernomas can bleed at any time and can cause a range of problems, depending on where in the brain or spinal cord they are, including stroke, epilepsy, partial paralysis and problems with speech, sight and hearing.

In up to a third of people with cavernoma, it is linked with a known gene. Treatment of cavernoma most often deals with symptoms, but there are two direct treatments: miscrosurgery and stereotactic radiosurgery (‘gamma-knife surgery’). There are not yet any drug treatments for cavernoma. In 2012, Cavernoma Alliance UK and Genetic Alliance UK jointly sponsored a studyAn investigation of a healthcare problem. There are different types of studies used to answer research questions, for example randomised controlled trials or observational studies. More of the known evidence-base for the treatment and management of cavernoma in adults, which highlighted the absence of reliable evidence on which to base recommendations for the clinical investigation and management of adults with this condition.

Here was a clear research gap, but what would be the most important questions to explore? Cavernoma Alliance UK initiated this PSP to address the many uncertainties about cause, diagnosis, prognosis, treatment and care and identify the top priorities for research.

How did the PSP find the top 10 priorities?

This was distributed by professional and support organisations in the UK via email, post and social media to patients, carers, and healthcare professionals.

299 respondents (63% patients, 18% healthcare professionals, and 19% others), suggested 2,268 questions (potential uncertainties) and another 34 were found from literature searches.

After getting rid of duplicates, questions that were outside the scope of the PSP, and others that had been addressed in existing research, there were 79 unique uncertainties on the list. The Steering Group worked together to reduce this to a final long list of 54 uncertainties.

The 54 uncertainties were sent to 246 survey respondents who had volunteered to prioritise the long list. 136 (55%) of these respondents participated in the web-based prioritisation exercise, using the rank order technique to generate a short list of 31 uncertainties.

29 people (41% patients, 31% healthcare professionals, and 28% others) came together in a final workshop, facilitated by three JLA advisers, and achieved consensus on a final prioritised list of 27 uncertainties. These are now listed in the UK Database of Uncertainties about the Effects of Treatments [UKDUETS]). The ‘top ten’ are immediate priorities for future research.

Participants at the final workshop of the cavernoma PSP

The top 10 uncertainties reflect the concerns of patients, carers and healthcare professionals in the UK. Five concerned prognosis, three concerned treatment/care, and two concerned cause.

The 27 uncertainties identified by this JLA PSP, and in particular the top ten, need to be publicized widely, not only in DUETs, so that they can inform the projects that the research community pursue and that funding bodies support in the UK and perhaps other parts of the world. Along with clinical research, there is also a need for applied research to increase knowledge about aspects of cavernoma such as their cell biology and genetics.

The responses to the first survey showed that many patients were unaware of a considerable body of evidence familiar to the clinicians, asking questions that were rejected on the basis that the answers were known. Members of the PSP intend to generate a set of ‘Frequently Asked Questions’ (FAQs) and publicise these more widely on the CAUK website and elsewhere.

What was apparent throughout was the value of an equal partnership between clinicians, patients and carers in developing a realistic agenda for future research that could not have been generated by any of the groups by themselves. And as one participantA person who takes part in a trial, often but not necessarily a patient. More said: “It was not only productive, it was interesting and fun”.

Prioritising research into cavernoma: what matters most? by Sarah Chapman is licensed under a Creative Commons Attribution-NoDerivatives 4.0 International License. The images of people were taken during the final workshop of the JLA Cavernoma PSP; we have been given permission to use them here but if you wish to reproduce them please apply to [email protected] The other photo was purchased for Evidently Cochrane from istock.com and may not be reproduced.

Prioritizing research into cavernoma: what matters most? by Sarah Chapman