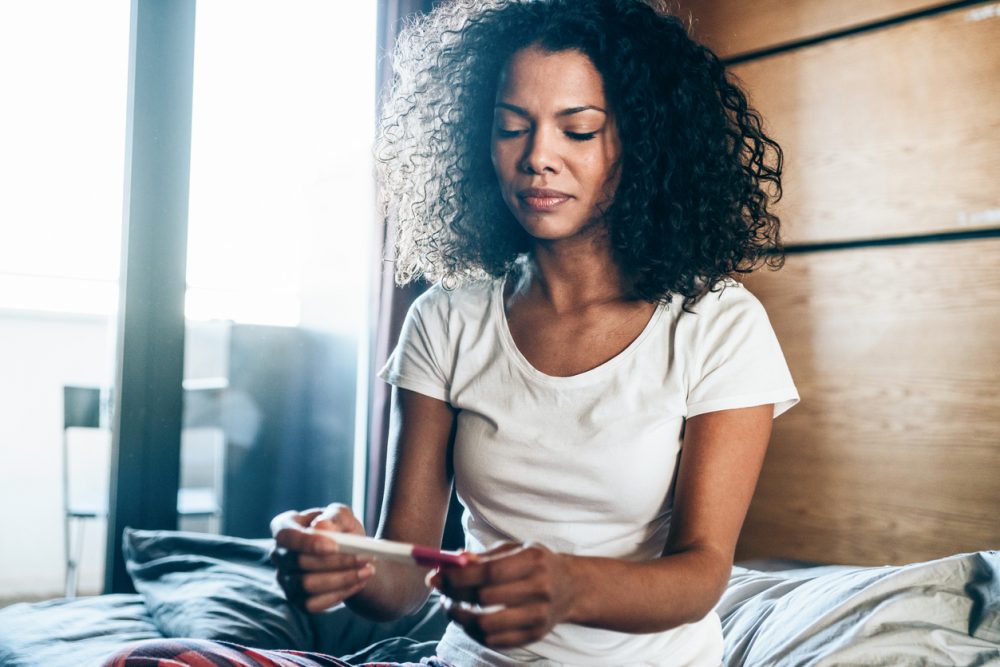 In this blog, Sarah Bailey, a clinical research specialist, shares what their research group has learned from women about their experiences of early pregnancy after recurrent miscarriage, as they look to develop better support services. This blog is part of a series called ‘Maternity Matters’.

Normally, the early stages of a new pregnancy are a time filled with hope, excitement and joyful anticipation. However, for women who have suffered recurrent miscarriage things are very different and a positive pregnancy test often marks the onset of a time period filled with uncertainty and emotional turmoil as they wait for confirmation that their pregnancy is ongoing. You can imagine, if you’ve experienced three, five, ten miscarriages (some of my patients more than this), then any excitement brought about by a positive pregnancy test is often overshadowed by worry and fear that you will miscarry again. Because for these women a new pregnancy does not equal baby.

In my clinical role as a nurse specialist working with recurrent miscarriage patients, women told me that the early waiting period of a new pregnancy was one of the most challenging times they faced. This period of worry and stress impacted on all aspects of life, physically, emotionally and socially. They were so fearful of the upsetting emotions they experienced at this time that they often felt too scared to try for a new pregnancy and had to pluck up courage to do this. Sadly, some even choose not to become pregnant again rather than face this period of uncertainty.

It was the ‘not knowing’ what would happen that made the time so difficult. Would they miscarry again … or might they hope it would work this time? As humans, we like to know what is going to happen in a situation, particularly when the outcome might be negative as this allows us to deploy our coping mechanisms to deal with it. However, women with recurrent miscarriage have no ability to control or accurately predict the outcome of their pregnancy, they literally have to wait it out and see what will happen. This uncertainty is what makes the early stages of a new pregnancy so difficult to cope with. 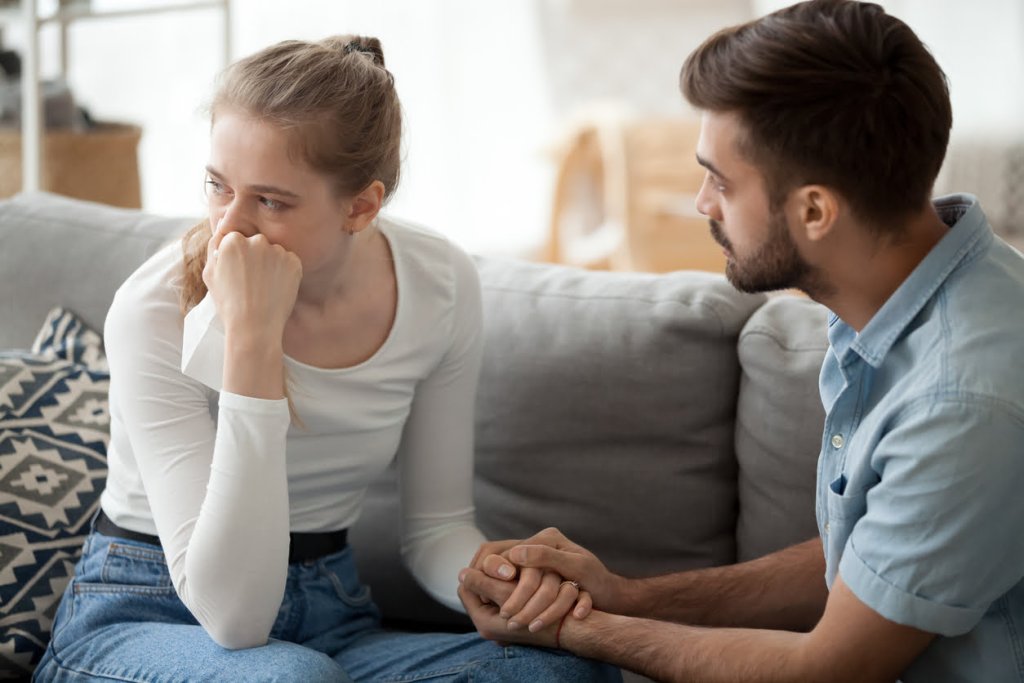 New pregnancy after recurrent miscarriage is a time of uncertainty and emotional turmoil.

What women have taught us about early pregnancy

In this our latest study, published in May 2019 in BMJ Open, our research group aimed to develop a deeper understanding and detailed insight into how women with recurrent miscarriage experienced the early weeks of a new pregnancy, to help target the development of supportive care.

We conducted a qualitative study and recruited 14 women with recurrent miscarriage who agreed to take part in in-depth face-to-face interviews. At the time of interview, 8 of these women had ongoing pregnancies and were in the second trimester and 6 had unfortunately suffered a recent miscarriage. Importantly, the women who were pregnant did not feel this affected their recollection of their emotions during the early part of their pregnancy and the findings of the study were representative of both groups of women.

Women described a turmoil of emotions (anxiety, fear, terror, envy, guilt, betrayal) all compounded by the acute uncertainty of the situation. These emotions were often overwhelming, affecting every aspect of their life. Their distress was made worse by the fact that they continually ruminated on the outcome of their pregnancy because they were unable to predict whether the pregnancy would be successful. Instead, women focused on what might happen.

Because of how anxious I was, it was affecting everything. I was really anxious. I wasn’t sleeping properly. You worry about everything you eat, everything you drink. You just criticise and analyse everything you do all day long, all night long. Being anxious makes you anxious so it’s a real vicious circle– (Participant with 3 miscarriages)

Preparing for the worst

The women reported that they distanced themselves from the pregnancy, keeping themselves ‘in check’ because they didn’t want to let themselves get excited by the pregnancy. They were reluctant to share news of their pregnancy with family and friends and suppressed any hope of a successful outcome, fully expecting a further miscarriage to occur.

I need to be real and I prepare for the worst, but hope for the best and that’s almost a protective shield around me– (Participant with 3 miscarriages)

Women described how they set themselves personal milestones as a way of navigating through the uncertainty of the early stages of the pregnancy, living day by day and trying not to think too far ahead.

It’s one day at a time, that’s how we live one day at a time … I don’t think it’s a bad thing because we are appreciating emotions can change from day to day … rather than think about the birth we think about little hurdles … I try not to think too far ahead because I get overwhelmed with things (Participant with 3 miscarriages)

The women reported constant checking of pregnancy symptoms (nausea, breast tenderness, tireness) to seek reassurance their pregnancy was ongoing. I learnt about a whole new condition which I named ‘knicker-checking syndrome’! whereby it wasn’t unusual for a woman to visit the toilet up to 10 times an hour to check for the onset of vaginal bleeding, so convinced was she that she would miscarry again.

Do I feel the same as I did yesterday, are my ‘boobs’ still sore?… And you are constantly questioning every single twinge you feel and you are dying to get morning sickness so that you know you are pregnant – it’s just all consuming (Participant with 6 miscarriages)

The early stages of a new pregnancy was a lonely time. Women often isolated themselves from friends and family because they were reluctant to share news of their pregnancy. Similarly, there was a general withdrawal from social situations and social media for fear of forced social interactions with other pregnant women or those announcing news of a new pregnancy. 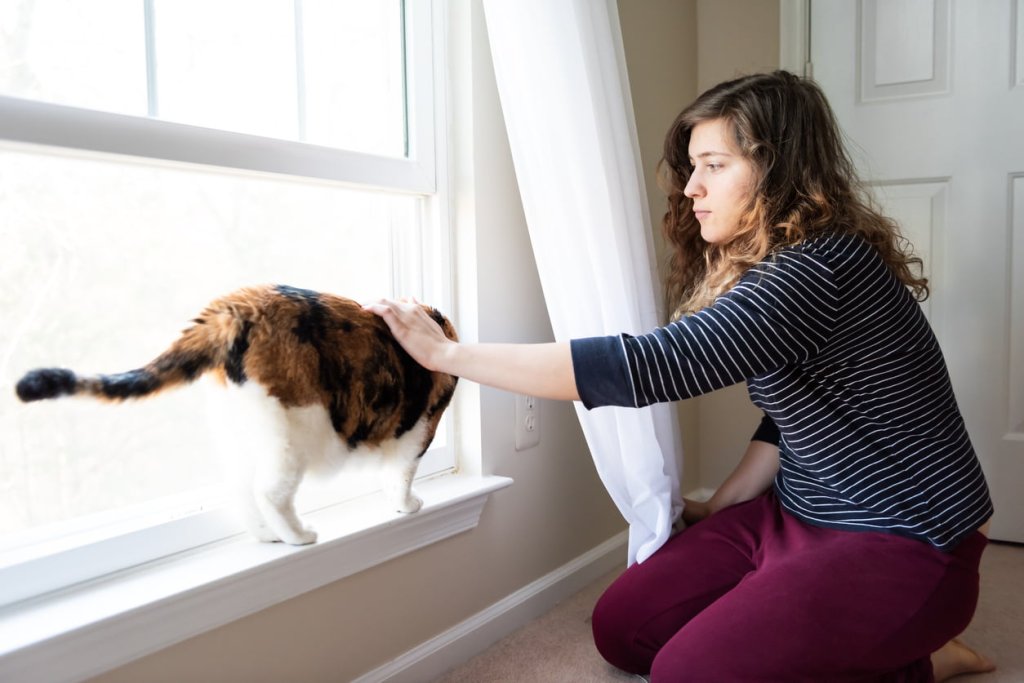 Women often isolated themselves to avoid sharing news of their pregnancy.

Women adopted some practical approaches to give them back some control in a situation they felt they had none. This often consisted of using distraction techniques or avoidance (blocking the pregnancy from their thought processes) and commonly women adapted their lifestyle to eliminate ‘risk’ factors

A recurrent theme was a sense that health service provision during the early stages of a new pregnancy was both limited and unsupportive. The women felt this demonstrated a lack of understanding of their needs during this time. When they did receive empathetic care from a health professional then it made a positive difference to their emotional well-being.

There is sometimes an absolute lack of understanding … I think generally the thing I would say to medical professions is that they need to acknowledge that this person is going to be slightly damaged. Massive things don’t have to change just some realisation of what a new pregnancy means to a woman who has been through all those lost pregnancies– (Participant with 3 miscarriages)

Our next challenge is to develop a supportive service designed around the identified needs of women with recurrent miscarriage. We are now planning a programme of research that will explore how we can best provide this much needed support during the early stages of a new pregnancy, but on a sustainable footing using technical innovation strategies (‘apps’ or a web-based platform).

You can read more detailed information and findings from our research by following these links:

If you or someone you know requires support around miscarriage please visit the Miscarriage Association website.

Join in the conversation on Twitter with @SarBai65 @CochraneUK #MaternityMatters or leave a comment on the blog.

Declaration of interest: Sarah Bailey reports other from National Institute for Health Research , other from Health Education England – Wessex, other from Southampton Academy of Research,  during the conduct of the study.

Sarah Bailey has extensive clinical experience working as a nurse, midwife and heath visitor, mainly within the arena of women’s health. She currently works as lead nurse specialist in recurrent miscarriage care and as a clinical research specialist at University Hospitals Southampton NHS Foundation Trust and is a visiting research fellow at the University of Southampton. Her research is concerned with developing supportive paradigms of care for women with recurrent miscarriage. Qualifications include an Advanced Diploma in Midwifery, an MSc in Public Health and she completed a National Institute for Health Research (NIHR) Clinical Doctoral Research Fellowship and associated PhD in 2017. She is a trustee of the Miscarriage Association and as well as being committed to improving the care of women with miscarriage, she is keen to promote clinical academic careers amongst nurses and allied health professionals and is a NIHR Training Advocate.