Key message: Sentinel node assessment with technetium-based tests should reduce the need for surgical removal of groin nodes by around 70% in women with early cancer of the vulva.

Finding and analysing sentinel nodes to detect cancer spread has been very successful in managing breast cancer and melanoma and there is the potential for this to be really useful for women with vulval cancer too. The sentinel node is the first lymph node to which cancer cells spread via the lymphatic channels, so it’s key to determining whether there is cancer in the other nodes around it. 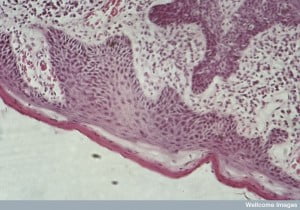 For women with stage 1B or higher vulval cancer with no obvious enlargement of their lymph nodes, only around 30% will have groin metastases (cancer cells spread to the groin), yet surgical removal of as many of the groin lymph nodes as possible (complete inguinofemoral lymphadenectomy or IFL) is commonplace. Of course, surgery carries risks and groin surgery often has significant associated morbidity in the short and longer term, so it would be better to be able to identify which women have groin metastases and need IFL.

The concept of a sentinel node is based on William S. Halsted’s notion of sequential lymphatic dissemination.  The sentinel nodes are the first lymph node(s) to receive lymphatic drainage from a tumour (in this case vulval tumours), thus it is thought that absence of cancer cells in these nodes makes the involvement of subsequent nodes unlikely. During a sentinel node biopsy an agent is injected around the tumour, which spreads through the lymphatic channels and can be traced to the sentinel node. This can then be removed and examined for cancer cells. There are various tests available to identify sentinel nodes and some are more accurate than others. The best will minimise both the number of women with ‘missed’ groin node involvement and the number having unnecessary surgery to remove groin nodes.

A new review from the Cochrane Gynaecological Cancer Group has summarised the best available evidence on the accuracy of these tests. The review includes 34 studies evaluating 1614 women (approximately 2396 groins). They had squamous cell cancer of the vulva, FIGO stage 1B or higher, with no obvious signs of groin metastases. Tests used were blue dye only, technetium (a radioactive substance) only, blue dye plus technetium (combined tests) and various combinations of these techniques (mixed tests). Where possible, the reviewers got separate test data for mixed tests.

The detection rate is the ability of the test to identify a sentinel node.

The sensitivity of a test tells us how good it is at giving a positive result when disease is present. It takes into account those identified as having the disease who actually do have it and those who have it but get ‘missed’ by the test.

The negative predictive value tells us the probability of the person not having the disease when the test result is negative. It takes into account the people who truly are disease-free and those who have the disease but have been ‘missed’ by the test.

The confidence interval (CI) shows the level of uncertainty around the measure of effect. Most studies report the 95% CI. Any study has a small sample of a population (in this case women with early vulval cancer) and there will be variation due to chance. The CI shows the upper and lower limits within which we can expect the true population effect to lie. The narrower the interval, the more precise the results are.

What does this mean for clinical practice? 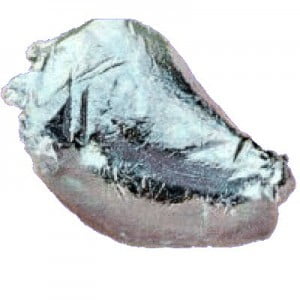 Sentinel node assessment can accurately diagnose groin metastases in women with early vulval cancer and unknown groin node status. This should reduce the need for IFL by around 70%. For every 100 women having the combined or technetium tests, one or two with groin metastases might be ‘missed’. There’s little difference between them, but using the combined test may miss fewer women than the technetium only test. Blue dye alone and mixed tests are likely to result in more missed cases. Also, the detection rate is important as it influences what happens next; failure to identify sentinel nodes will usually mean that the woman goes on to have IFL. The blue dye test isn’t as good as the others at identifying sentinel nodes, with a detection rate of 82%, so 18 women in 100 without evidence of groin metastases having the blue dye test would need IFL. It’s not clear whether there’s any difference in survival between node-negative women having standard surgery and those not having surgery.

This review is one of five Cochrane diagnostic test accuracy (DTA) review to have a Plain Language Summary accompanying it, which you can see below the abstract or on Cochrane Summaries here.  We’ve blogged several DTA reviews here on Evidently Cochrane, relating to community-acquired pneumonia, low-back pain and pancreatic cancer. Finally, there’s a Cochrane Diagnostic Test Accuracy Working Group – there you can find a list with links to all 23 Cochrane DTA reviews currently published and 90 protocols of reviews under way (as at July 2014). Do go and see what they’re up to!

Cochrane summary of this review http://summaries.cochrane.org/CD010409/GYNAECA_can-tests-used-to-identify-the-main-groin-lymph-nodes-in-women-with-vulval-cancer-accurately-predict-whether-the-cancer-has-spread-to-the-groins