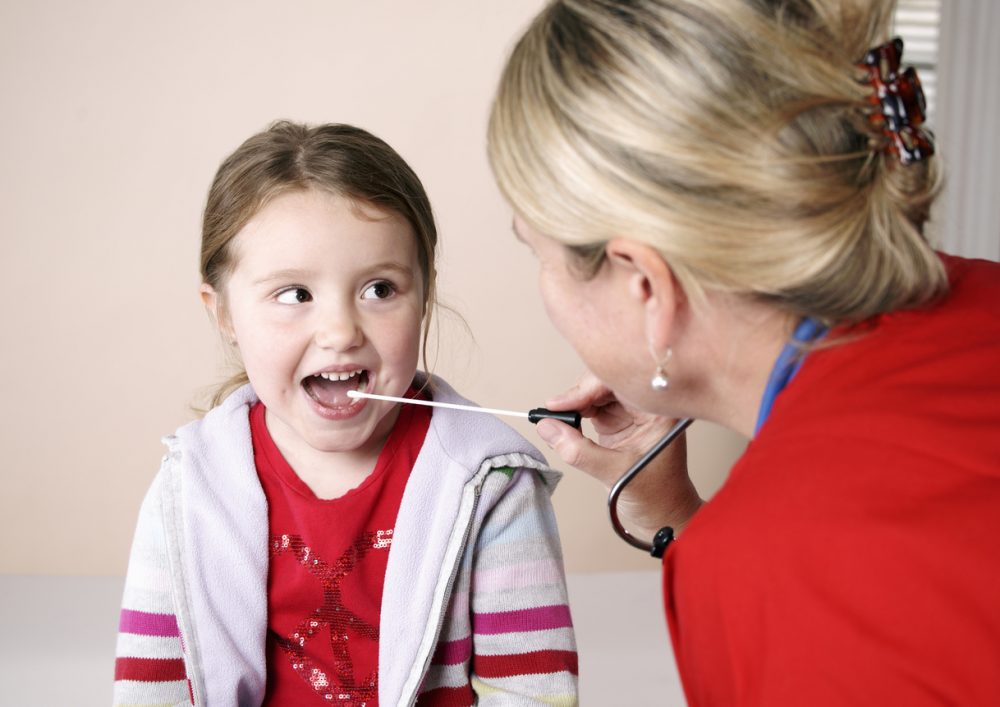 In this guest blog for the general reader, retired GP Lynda Ware looks at the latest evidence on detecting and treating ‘strep throat’. 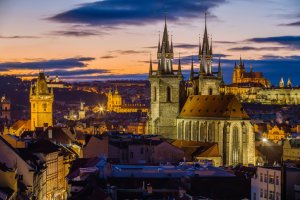 I recently visited the beautiful city of Prague with its magnificent Gothic cathedral dedicated to St Vitus. Memories of medical student revision were stirred and I remembered St Vitus’ Dance – or, more prosaically, Sydenham’s chorea – a rare but serious consequence of an infection with Group A Streptococcus. The condition earned its name because it is characterised by rapid, uncoordinated movements mainly affecting the face, hands and feet. St Vitus is the patron saint of dancers.

Sore throat is a common condition and more often than not is caused by a virus. Streptococcus pyogenes, a Group A Streptococcus (GAS, for short), is the commonest bacterial cause and accounts for 5-15% of sore throats in adults and around 20-40% in children. It is estimated that during winter and spring in temperate climates up to 20% of school age children with no symptoms at all carry these bacteria in their throats.

What are the issues in treating a sore throat?

The problem facing a clinician in treating a patient complaining of sore throat is knowing if the cause is viral or due to GAS. And if a ‘strep throat’ is suspected, which antibiotics work best?

Can research evidence answer these questions?

There have been two recent Cochrane systematic reviewsIn systematic reviews we search for and summarize studies that answer a specific research question (e.g. is paracetamol effective and safe for treating back pain?). The studies are identified, assessed, and summarized by using a systematic and predefined approach. They inform recommendations for healthcare and research. More, bringing together the best available evidence from research, to help answer these questions. One looks at rapid testing systems and the other at different antibiotic treatments for GAS.

Can we test for strep throat in the doctor’s surgery?

Simple, rapid tests (RADTs) for the diagnosis of strep throat have been around since the 1980s. They are performed in the doctor’s surgery and involve taking a throat swab. An answer as to whether GAS is present is available in about ten minutes and an informed decision can then be taken as to whether antibiotics are needed.

A Cochrane systematic review looked at two different types of testing kits for GAS and their accuracy in diagnosing GAS in children with pharyngitis (this is inflammation of the throat including the tonsils). One used enzyme immunoassay techniques and the other optical immunoassay. 98 studies were found and involved 101,121 children. The overall methodological quality was low, which means that our confidence in the findings is limited since the true effect may be substantially different.

It is reasonable to conclude that these RADTs could be helpful to clinicians to determine if a sore throat is due to GAS and therefore guide antibiotic treatment. What is less clear is whether negative results should be followed up with laboratory testing to be absolutely sure that GAS has not been missed. It is important to realise that these tests do not distinguish between infection and GAS carriage, where GAS is present in the throat but not causing a problem.

Further research may help define exactly how sensitive the tests should be for them to be employed confidently as diagnostic tools. Comparisons between different kits and types of RADTs would be useful and further research is needed to assess their impact on antibiotic prescribing, their benefits to patients and their cost-effectiveness.

What did the review find?

Well-established first-line drugs such as penicillin may be effective and may work just as well as newer, more costly antibiotics, and there may be little or no clinically relevant differences. All of the antibiotics caused side-effects such as rash and gastrointestinal upset.

The quality of the evidenceThe certainty (or quality) of evidence is the extent to which we can be confident that what the research tells us about a particular treatment effect is likely to be accurate. Concerns about factors such as bias can reduce the certainty of the evidence. Evidence may be of high certainty; moderate certainty; low certainty or very-low certainty.  Cochrane has adopted the GRADE approach (Grading of Recommendations Assessment, Development and Evaluation) for assessing certainty (or quality) of evidence. Find out more here: https://training.cochrane.org/grade-approach More was low or very low, which again means that our confidence in the findings is limited. None of the studies reported on long-term outcomesOutcomes are measures of health (for example quality of life, pain, blood sugar levels) that can be used to assess the effectiveness and safety of a treatment or other intervention (for example a drug, surgery, or exercise). In research, the outcomes considered most important are ‘primary outcomes’ and those considered less important are ‘secondary outcomes’. More and so it was not possible to say if any class of antibiotics was better at preventing serious, rare complications. Most of the included studies were over 15 years old and all were conducted in high-income countries. Longer term studies are needed to determine the impact of antibiotics on the complications of GAS, as well as studies in low-income and high-risk communities (such as Australian indigenous communities). Future research might also help determine if adults and children respond differently to antibiotics.

There are tests available to help clinicians know quickly whether a throat is ‘strep’ or not and the old, familiar antibiotics appear still to be effective.

A note of caution must be introduced, however, in reporting these conclusions since the quality of evidence in the two Cochrane systematic reviews was assessed as low or very low.

A final word on St Vitus

Legend has it that St Vitus died a Christian martyr at the age of 12-13 in southern Italy around 303 AD. He is the patron saint of actors, comedians, dancers, dogs, epilepsy, oversleeping (!), snake bites, storms and several towns.

There is also an American band called St Vitus – their genre is described as doom metal.

Quite a broad-spectrum saint ….

Editor’s note: Blog last updated 23rd March 2021 as an update of the review ‘Different antibiotic treatments for group A streptococcal pharyngitis’ has been published. With no studies added since 2016, the conclusions have not changed.

A Strep in the right direction… by Lynda Ware