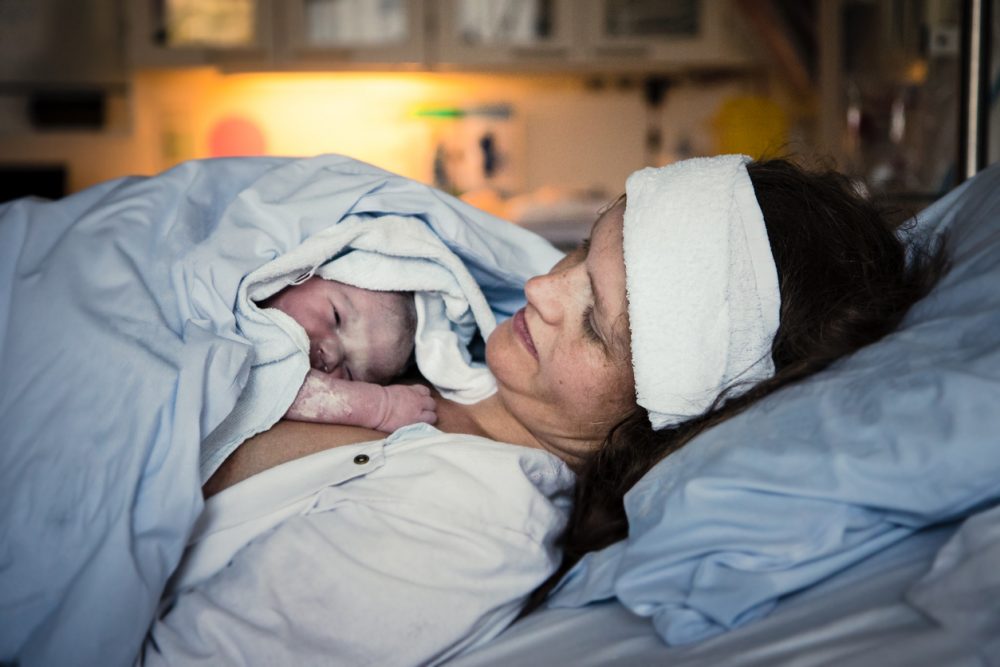 In this blog for midwives, Linda Biesty (midwife and member of the review team) looks at the latest Cochrane evidenceCochrane Reviews are systematic reviews. In systematic reviews we search for and summarize studies that answer a specific research question (e.g. is paracetamol effective and safe for treating back pain?). The studies are identified, assessed, and summarized by using a systematic and predefined approach. They inform recommendations for healthcare and research. More on the third stage of labour and whether it is better to offer active or expectant management of care to women for the birth of the placenta. This blog is part of a series called ‘Maternity Matters’.

As I was writing this blog, I cast my mind to discussions I have had around the third stage of labour, discussions with midwifery colleagues as well as with pregnant women. Ask any midwife, offering support to women in their preparation for labour and childbirth, involves a lot of talking and thinking. How many of us have completed the conversation around the event that is the birth of a baby and have suddenly thought – “oh goodness, the placenta we need to talk about the placenta”. The third stage of labour, cannot be an addendum to our care, the information we offer has to be appropriate and accurate, otherwise how can we support women to make informed choices? 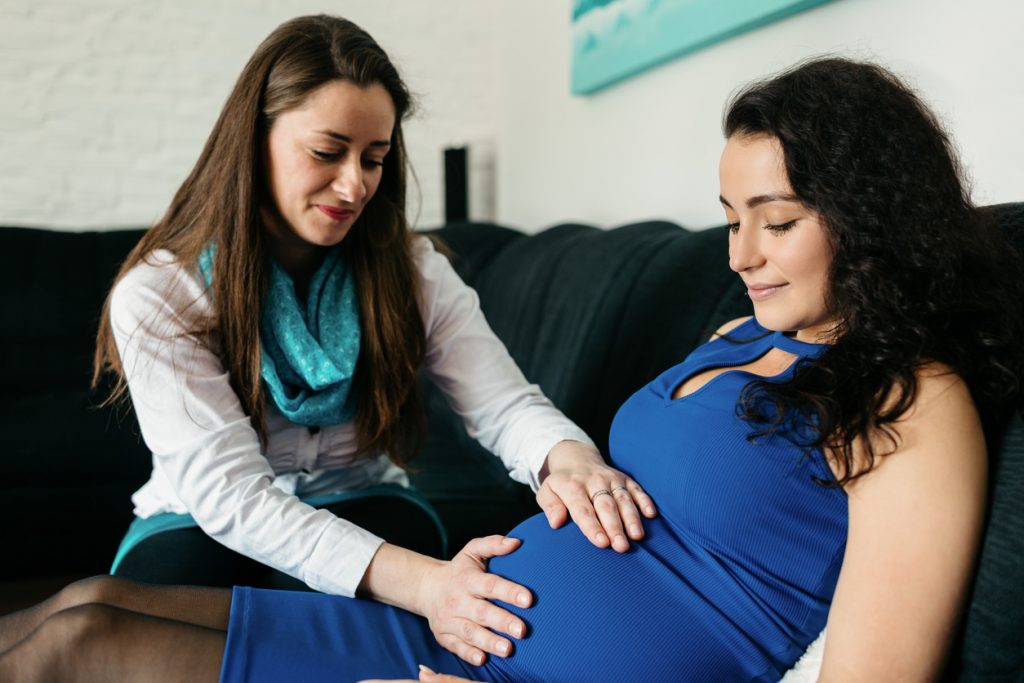 “How many of us have completed a conversation around the event that is the birth of a baby and suddenly thought “oh goodness, the placenta, we need to talk about the placenta”.

Two approaches to care in the third stage

Care during the third stage of labour (from the birth of the baby to the birth of the placenta and membranes) remains as an issue for debate among women and practitioners on the optimum method of management. Two distinct approaches to care exist, in that care can adhere to 1) a conservative or physiological pathway of expectant management, or 2) an active management of the third stage during which the clinician intervenes by use of the routine administration of a prophylactic uterotonic drug, cord clamping and cutting and the use of controlled cord traction. The expectant ‘hands off’ approach has clinicians observe for signs of placental separation and the placenta is then birthed with the aid of gravity and maternal pushing. To add to the discussion a mixed approach exists in some settings whereby clinicians offer some aspects of the components of active and expectant management, without remaining exclusive to all components of either.

For most women blood loss does occur during the third stage of labour with historical variation in what is considered to be a ‘normal’ volume to lose. The impact blood loss can have on the wellbeing of women is influenced by factors other than the amount, such as the general health status of the woman, her haemoglobin levels at the time. It has been estimated that at least 25% of maternal deaths in a number of countries are due to haemorrhage (most due to post partum haemorrhage PPH) (Khan 2006) and PPH remains as a leading cause of maternal death in sub-Saharan Africa (Lazarus 2005). The gravity of the concerns in relation to blood loss are demonstrated by the Joint Policy Statements issued between the International Confederation of Midwives (ICM), the International Confederation of Gynaecology and Obstetrics (FIGO) (ICM-FIGO 2006), the World Health Organisation (WHO; 2017) and the National Institute for Health and Care Excellence (NICE) guidelines (NICE 2014), they have all recommended active management of the third stage of labour.

Given the different approaches to care in the third stage of labour and the distinction between a pathway of conservative management and that of routine interventionA treatment, procedure or programme of health care that has the potential to change the course of events of a healthcare condition. Examples include  a drug, surgery, exercise or counselling.   More, it is important, for women and for clinicians to determine what management is most likely to be of overall benefit to women.

We have updated our Cochrane ReviewCochrane Reviews are systematic reviews. In systematic reviews we search for and summarize studies that answer a specific research question (e.g. is paracetamol effective and safe for treating back pain?). The studies are identified, assessed, and summarized by using a systematic and predefined approach. They inform recommendations for healthcare and research. More, comparing the effects of active versus expectant management of the 3rd stage of labour on severe primary PPH (and other maternal and infant outcomesOutcomes are measures of health (for example quality of life, pain, blood sugar levels) that can be used to assess the effectiveness and safety of a treatment or other intervention (for example a drug, surgery, or exercise). In research, the outcomes considered most important are ‘primary outcomes’ and those considered less important are ‘secondary outcomes’. More). We took into consideration the effects of variations in the packages of active and expectant management on severe primary PPH and other outcomes.

The review included eight trialsClinical trials are research studies involving people who use healthcare services. They often compare a new or different treatment with the best treatment currently available. This is to test whether the new or different treatment is safe, effective and any better than what is currently used. No matter how promising a new treatment may appear during tests in a laboratory, it must go through clinical trials before its benefits and risks can really be known. More involving 8892 women and their babies. All of the trials took place within hospitals, seven in higher-income countries, and one in a lower-income country. Four of the studies (involving 4892 women) compared active versus expectant management of the third stage of labour and four studies (involving 4063 women) compared active versus mixed management. It was expected that all women, participating in the eight studies, would birth vaginally. Four of the studies included women considered to be of low riskA way of expressing the chance of an event taking place, expressed as the number of events divided by the total number of observations or people. It can be stated as ‘the chance of falling were one in four’ (1/4 = 25%). This measure is good no matter the incidence of events i.e. common or infrequent. More of bleeding or its effects and the remaining four studies included women irrespective of their risk of bleeding.

It is important to highlight that considerable differences were noted in the protocols for both active and expectant management across the eight studies. In the active management groups there were differences in uterotonic regimens and the timing of the administration of the uterotonic drug. All studies attempted controlled cord traction as part of the active management care, 2 studies also included maternal effort as an option, and one studyAn investigation of a healthcare problem. There are different types of studies used to answer research questions, for example randomised controlled trials or observational studies. More included fundal pressure. In the expectant management groups, although no uterotonic was to be given routinely prior to the birth of the placenta, practice varied as to how many women received a uterotonic prophylactically and/or as a treatmentSomething done with the aim of improving health or relieving suffering. For example, medicines, surgery, psychological and physical therapies, diet and exercise changes. More. Practice also varied in relation to the time at which the umbilical cord was clamped and cut across the expectant management groups. Maternal effort when birthing the placenta was attempted in the expectant management groups of six of the studies, one study used controlled cord traction with gentle fundal pressure and another study used uterine massage after the birth of the placenta.

A summary of the main results of the review notes that active management of the third stage of labour, in hospitals, in higher income settings, may bring benefits to women (of mixed levels of risk of bleeding). The benefits relate to a reduction in the mean maternal blood loss at birth, probably reducing primary blood loss of >500mL and the use of therapeutic uterotonics. It remains uncertain if active management of the third stage of labour reduces severe blood loss (>1000mL). In addition active management may reduce the number of women with anaemia after birth (based on a Hb < 9g/dL). However, active management may increase maternal diastolic BP, vomiting after birth, women’s after pains, and the use of analgesia from birth up to discharge from the labour ward. For women at low risk of excessive bleeding, it was uncertain where there was a difference between active and expectant management for severe PPH or maternal Hb less than 9g/dL.

The quality of the evidenceThe certainty (or quality) of evidence is the extent to which we can be confident that what the research tells us about a particular treatment effect is likely to be accurate. Concerns about factors such as bias can reduce the certainty of the evidence. Evidence may be of high certainty; moderate certainty; low certainty or very-low certainty.  Cochrane has adopted the GRADE approach (Grading of Recommendations Assessment, Development and Evaluation) for assessing certainty (or quality) of evidence. Find out more here: https://training.cochrane.org/grade-approach More was generally low or very low. It must be noted that this review includes only a small number of studies with relatively small numbers of women; therefore, more dataData is the information collected through research. More are required for confidence in the findings.

The implications for practice arising from this Cochrane Review suggest that women, at low risk of bleeding, should be informed of the potential benefits and adverse effects of both active and expectant management of the third stage of labour and indeed how any adverse effects can be minimized. When expectant management is the chosen pathway of care it is important that a uterotonic drug is available should women experience excessive blood loss. These implications do not transfer to low-income countries or to maternity care systems with insufficient trained clinicians or inadequate emergency care.

In doing this Cochrane Review, we have identified the need for further trials. For example – studies are needed in low-income or resource-constrained countries, studies are needed to establish if all three components of active management are required or just the administration of a uterotonic drug, whether or not a routine uterotonic drug is necessary for women at low risk of bleeding and the optimum time for routine administration must be established.

Join in the conversation on Twitter with @LindaBiesty @CochraneUK @CochranePCG #MaternityMatters or leave a comment on the blog.

Linda Biesty has nothing to disclose.

Linda is a lecturer in Midwifery at NUI Galway. A midwife and qualitative researcher by training, Linda’s research focuses largely in the fields of maternity care and knowledge translation.

The third stage of labour: active or expectant management of care? by Linda Biesty