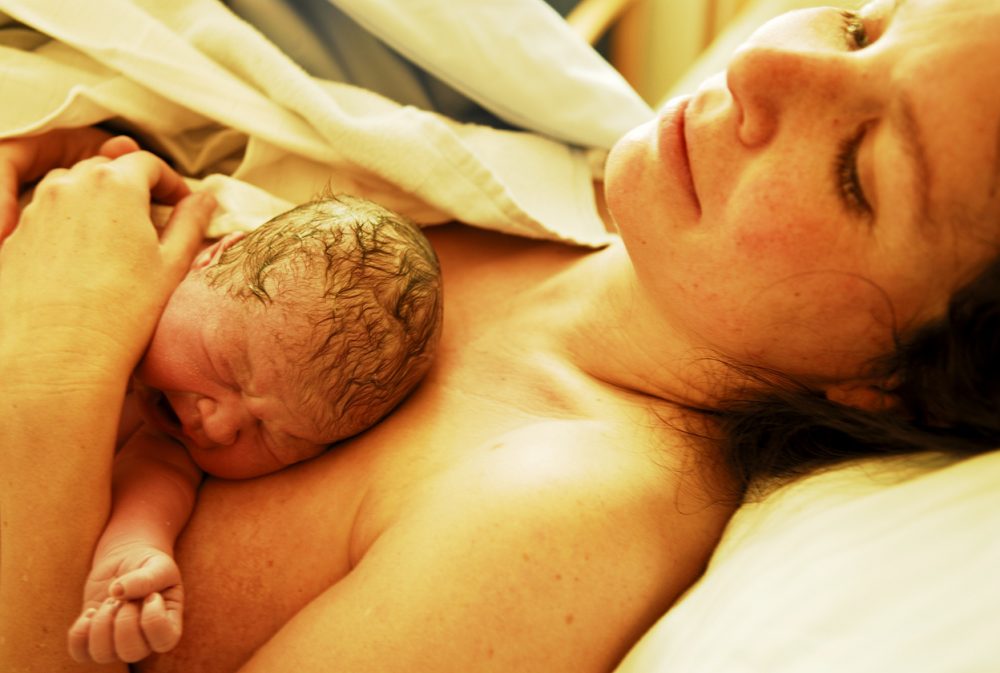 In this blog, Ioannis D Gallos, Argyro Papadopoulou, Myfanwy Williams and Joshua Vogel, authors of the Cochrane network meta-analysisThe use of statistical techniques in a systematic review to combine the results of included studies. Sometimes misused as a synonym for systematic reviews, where the review includes a meta-analysis.   More on uterotonic drugs, look at which drug is most effective and safe in preventing postpartum haemorrhage.

Postpartum haemorrhage (excessive bleeding after birth) is the most common reason why mothers die in childbirth worldwide. Although most women will have some bleeding at birth, others may bleed excessively, and this can pose a serious riskA way of expressing the chance of an event taking place, expressed as the number of events divided by the total number of observations or people. It can be stated as ‘the chance of falling were one in four’ (1/4 = 25%). This measure is good no matter the incidence of events i.e. common or infrequent. More to their health and life.

How can we prevent postpartum haemorrhage?

To reduce postpartum haemorrhage, the routine administration of a drug to contract the uterus (uterotonic) has become standard practice across the world. Currently, oxytocin is recommended as the standard drug to reduce excessive bleeding. Multiple other uterotonics have been evaluated including carbetocin, misoprostol, injectable prostaglandins (sulprostone, carboprost), ergometrine and combinations of these (oxytocin plus ergometrine, or oxytocin plus misoprostol), each with a different effectivenessThe ability of an intervention (for example a drug, surgery, or exercise) to produce a desired effect, such as reduce symptoms. More and safetyRefers to serious adverse effects, such as those that threaten life, require or prolong hospitalization, result in permanent disability, or cause birth defects. More profile.

How can we decide which drug is best?

Over the last four decades, evidence from hundreds of randomisedRandomization is the process of randomly dividing into groups the people taking part in a trial. One group (the intervention group) will be given the intervention being tested (for example a drug, surgery, or exercise) and compared with a group which does not receive the intervention (the control group).   More trialsClinical trials are research studies involving people who use healthcare services. They often compare a new or different treatment with the best treatment currently available. This is to test whether the new or different treatment is safe, effective and any better than what is currently used. No matter how promising a new treatment may appear during tests in a laboratory, it must go through clinical trials before its benefits and risks can really be known. More has accumulated comparing one uterotonic drug to another trying to find out which one is best. There are also several Cochrane reviewsCochrane Reviews are systematic reviews. In systematic reviews we search for and summarize studies that answer a specific research question (e.g. is paracetamol effective and safe for treating back pain?). The studies are identified, assessed, and summarized by using a systematic and predefined approach. They inform recommendations for healthcare and research. More summarising the evidence from trials that directly compared one uterotonic drug against another or placeboAn intervention that appears to be the same as that which is being assessed but does not have the active component. For example, a placebo could be a tablet made of sugar, compared with a tablet containing a medicine. More in head-to-head trials. However, existing Cochrane Reviews are conducted by different groups, with different protocols and at different time points.  With such a large number of possible comparisons it is difficult to say with confidence which uterotonic (if any) is best.

Indirect evidence is provided through the exploitation of a common comparator. If drug A has been compared to drug B and drug B has been compared to drug C, then we can infer about how drug A compares to drug C indirectly (Figure 1). This is particularly important if you have even more drugs (drugs D and E) as the number of possible comparisons increases exponentially. With large numbers of trials and comparisons, indirect evidence is able to improve the certainty of our inferences when comparing all drugs. 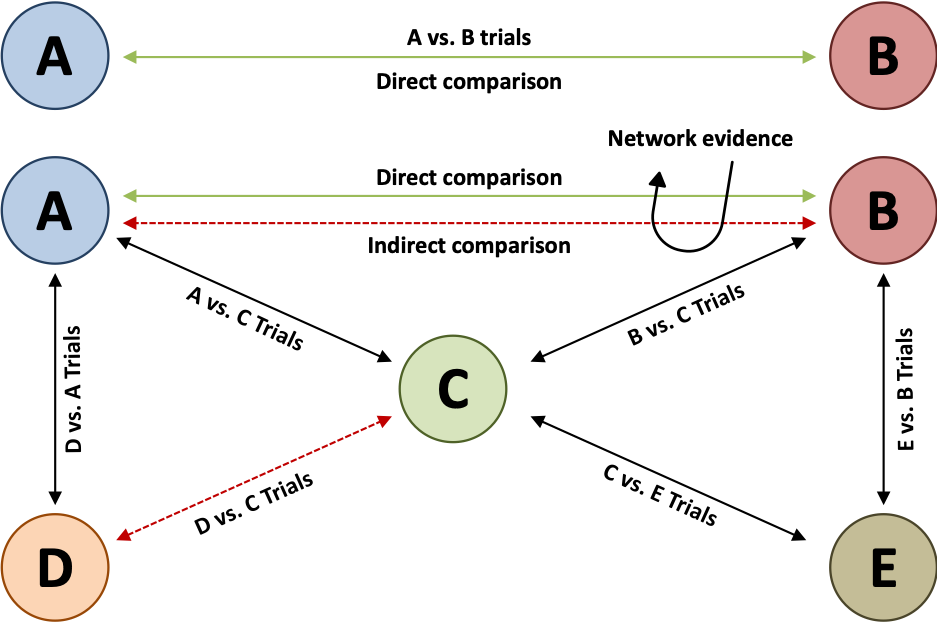 Figure 1 How the network evidence is generated in a network meta-analysis.

What did we find through the network meta-analysis?

In December 2018, we published the update of the Cochrane network meta-analysis comparing the uterotonic agents for preventing postpartum haemorrhage. This network meta-analysis included 196 randomised trials, involving 135,559 women from 53 low-, middle- and high-income countries across the world. In most studies women were giving birth vaginally and in a hospital.

Our findings suggest that all drugs are probably effective for preventing excessive blood loss after childbirth when compared with no routine uterotonic drug. Ergometrine plus oxytocin combination, carbetocin, and misoprostol plus oxytocin combination may have some additional benefits compared with the current standard oxytocin.  The two combination drugs, however, are associated with significant side effects compared with oxytocin. Women who may otherwise have continued with an uncomplicated birth might find these disturbing. Carbetocin may have some additional benefits compared with oxytocin and appears to be without an increase in side effects.

What has been the impact of this evidence?

Following the publication of this network meta-analysis, the World Health Organization (WHO) has now updated its 2012 guidance on the prevention of postpartum haemorrhage with four new recommendations on seven uterotonics. The newly updated recommendations aim to improve the quality of care and health outcomesOutcomes are measures of health (for example quality of life, pain, blood sugar levels) that can be used to assess the effectiveness and safety of a treatment or other intervention (for example a drug, surgery, or exercise). In research, the outcomes considered most important are ‘primary outcomes’ and those considered less important are ‘secondary outcomes’. More for women giving birth. In light of the updated WHO guidance, international agencies and donors, as well as professional associations, clinicians and national health systems stakeholders, will re-assess their national health policies and protocols on PPH prevention.

We are committed to updating our network when new evidence emerges and incorporate all available dataData is the information collected through research. More as a “living network meta-analysis”. This being in line with the innovative “living guideline” approach developed by the Department of Reproductive Health and Research at WHO, whereby literature surveillance and systematic prioritization guides the updating of selected high-priority recommendations on a continuous basis.

Ioannis D Gallos (IDG): is a co‐applicant to the UK National Institute for Health Research HTA Project Award 14/139/17 entitled Uterotonic agents for preventing postpartum haemorrhage: a network meta‐analysis and cost‐effectiveness analysis. He has been involved in one or more previous or ongoing trials related to the use of uterotonics for the prevention of PPH that were eligible for inclusion in this review. Ferring Pharmaceuticals and Novartis supplied carbetocin and oxytocin for these studies. IDG did not participate in any decisions regarding these trials (i.e. assessment for inclusion/exclusion, trial quality, data extraction) for the purposes of this review (and will not for future updates) – these tasks were carried out by other members of the team who were not directly involved in the trials.

Myfanwy Williams (MJW): is employed by the University of Liverpool as a Research Associate at Cochrane Pregnancy and Childbirth. Her role is supported by the World Health Organization.

Joshua Vogel (JPV): led the updating of WHO recommendations on uterotonics for the prevention of postpartum haemorrhage based on this review.

Dr Ioannis Gallos is a Clinician Scientist in University of Birmingham and Honorary Consultant in Obstetrics & Gynaecology for Birmingham Women’s Hospital. Ioannis obtained his Degree in Medicine and Surgery (DMS) cum laude from the University of Rome, Italy. He subsequently trained in Obstetrics & Gynaecology in the UK and sub-specialised in Reproductive Medicine & Surgery before joining University of Birmingham. Ioannis’ research is focussed on reproduction, early pregnancy and maternal health. Ioannis has carried out evidence synthesis including the first network meta-analysis in O&G within Cochrane with cost-effectiveness analysis for identifying the most effective and cost-effective uterotonic agents for preventing postpartum haemorrhage in collaboration with the World Health Organisation. He is the National Clinical Co-ordinator for the “Letrozole or Clomifene, with or without metformin, for ovulation induction in women with polycystic ovary syndrome: a 2x2 factorial design randomised trial (The LOCI trial)” funded by the NIHR HTA programme and is expected to roll out in 50 hospitals across the UK. Ioannis is a consultant for the Tommy's National Centre for Miscarriage Research based at Birmingham Women’s Hospital. He is also the principal investigator for Tommy’s Net, a platform that will help us to collect and store information from many different centres. By sharing information, hospitals will be able to work together to carry out more effective research.