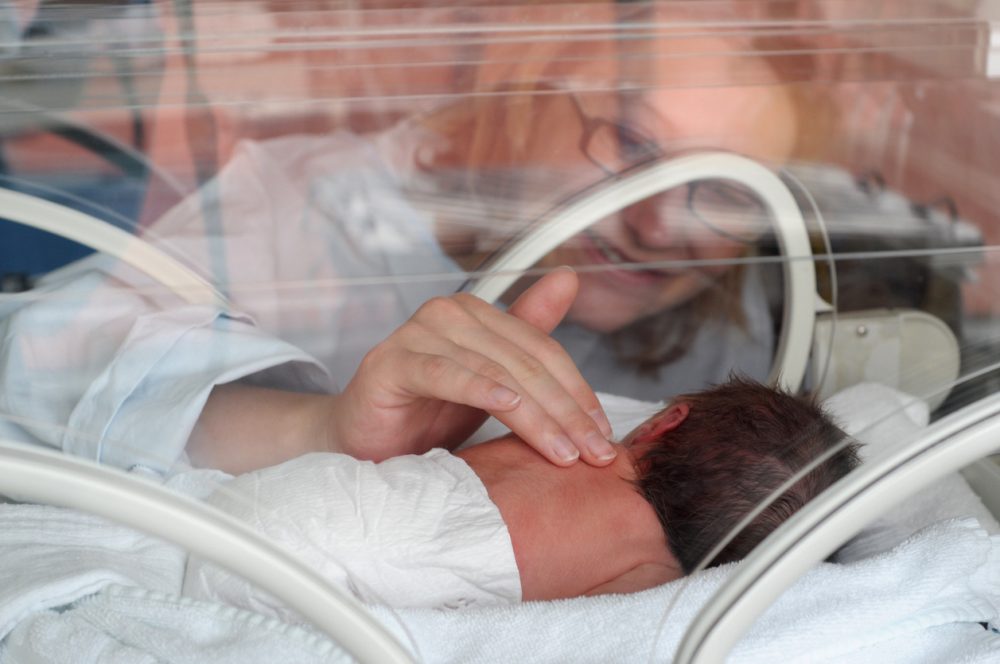 In the first of two blogs on care of the mechanically ventilated neonate, paediatrician and Cochrane UK Fellow Rufaro Ndokera looks at Cochrane evidence on optimal positioning and neonatal nurse Stephanie Wiseman gives her reflections from practice.

For the new and fragile lives that we come across working in a neonatal unit, every small decision and element of care can have a meaningful effect on outcomes, both immediate and longer term.

The positioning of well, term babies at home has been well studied. Clear population-wide advice via the Back to Sleep campaign (now known as Safe to Sleep) as a way of reducing sudden infant death syndrome (SIDS) is now everyday practice. With preterm neonates, position has also been widely considered, with regards to development, comfort and stress but also with regards to ventilation and oxygenation. The number of possible infant positions is extensive and a list of them sounds a bit like the lyrics to the hokey cokey.

This recently updated Cochrane review looks into the effect of various infant positions on improving short term respiratory outcomes in those receiving mechanical ventilation. The secondary outcomes were broader, including neurodevelopmental outcomes, mortality and other complications of prematurity.

What does it say?

The review identified low to moderate quality evidence that prone positioning improved short term respiratory outcomes including arterial oxygen tension (pO2) and pulse oximetry saturations. Babies ventilated with continuous positive airway pressure ventilation (CPAP) and conventional ventilation were included but the improvement for those on CPAP was not statistically significant.

Unfortunately, many of the studies didn’t make comment on longer term outcomes or adverse effects which are of prime importance in neonatal intensive care with fragile and highly changeable clinical pictures.

So, what does this mean?

Although positioning infants in the prone position appears to improve oxygen saturations in those being mechanically ventilated in the short term, the size of the improvement is very small. We have to consider: are these results clinically relevant? Do they make a meaningful difference to the babies but is there a reason not to do it? In addition, the quality of evidence is low to moderate and so our confidence in these results must take this into consideration.

Neonatal nurse Stephanie Wiseman gives her reflection on the topic of neonatal positioning based on her clinical experiences.

“Neonatal nurses often receive advice on positioning from many members of the multidisciplinary team, such as doctors, occupational therapists, and physiotherapists. Understandably, everyone’s first priority in the care of the sick neonate is to maintain their airway, stabilise their breathing, and maintain vital signs within normal acceptable limits. Experience has shown positioning is key to this, but it is not always possible to detect to what degree it has an effect when there are so many factors involved in the care of a respiratory compromised patient.

Although each baby is different, in my experience the majority of babies requiring respiratory support will benefit from being nursed prone. But it is not as simple as just turning them on their front. In my opinion, it is as much to do with being chest down as it is to do with positioning the baby so they feel safe and secure – much easier to do when they are prone as you can tuck their legs up so their hips are flexed, in a position much closer to the fetal position than possible when they are supine. With this in mind, laying the baby on its side would also make sense, but this is not always an optimal position for assisting respiratory effort.

Extremely sick, ventilated neonates, requiring frequent interventions and with umbilical lines in, are often nursed supine for ease of access and safety of lines. These ventilated babies are easier to manage with suction or changes in ventilation settings when they have desaturations. I’ve learnt from the many times when I’ve got a baby nice and settled in the prone position, and a doctor comes along wanting to examine them – the physiological effect of being turned over is often worse than if they had been nursed supine. These babies take longer to recover from a position change so it is kinder to leave them supine when they require multiple and frequent interventions. Nurses should always keep developmental positioning in mind when a baby is nursed supine, as it is sometimes low on the list of priorities when dealing with a very sick baby. I always try to give my patients the comfort of a high walled nest, providing some boundaries, no matter what position they need to be nursed in.

Babies who are longer term ventilated but stable, or babies receiving high flow therapy or CPAP often benefit from being nursed prone, requiring lower levels of O2 than if they were nursed supine or lateral. In my experience, it also helped these babies to place a “surfboard” under them, no wider than their shoulders and the length of chin to hips, to help them maintain a developmentally beneficial position while assisting their respiratory effort.

Stabilising and maintaining a baby’s blood O2 saturation levels is not as simple as placing them prone, lateral, or supine. It is multifactorial, and a nurse taking care of a sick neonate has many things to consider. Their overall comfort, and the long-term effects of position (such as plagiocephaly or torticollis) are important factors to consider, but in the acute setting these are often, and understandably, overlooked in favour of reducing O2 requirement and stabilising vital signs.”

The good old neonatal hokey-cokey will undoubtedly continue for other reasons in NICU’s around the world. Our need to optimise all elements of neonatal care for these small and fragile lives should lead us to look into this particular area further and perhaps, on balance, having some tummy time is no bad thing.

Next month, our #EENursing series will feature a blog from Dr Ndokera on the latest Cochrane evidence on protocolised weaning, with reflections from practice from Charlotte Hill RN.

Read more from our Evidence for Everyday Nursing series here

Rufaro Ndokera is an ST5 in Paediatrics in the Oxford deanery. She graduated from the University of Leicester in 2011 following a medical degree and completion of a BMedSc in International health. She has a special interest in both paediatric and neonatal intensive care medicine. Rufaro undertook a fellowship at Cochrane UK, during which she was on the author team to update a systematic review with the Cochrane Anaesthesia, Critical and Emergency Care group. She was the chair of the trainees advisory group, continuing their good work inspiring trainees to actively engage and apply lessons from evidence based medicine.