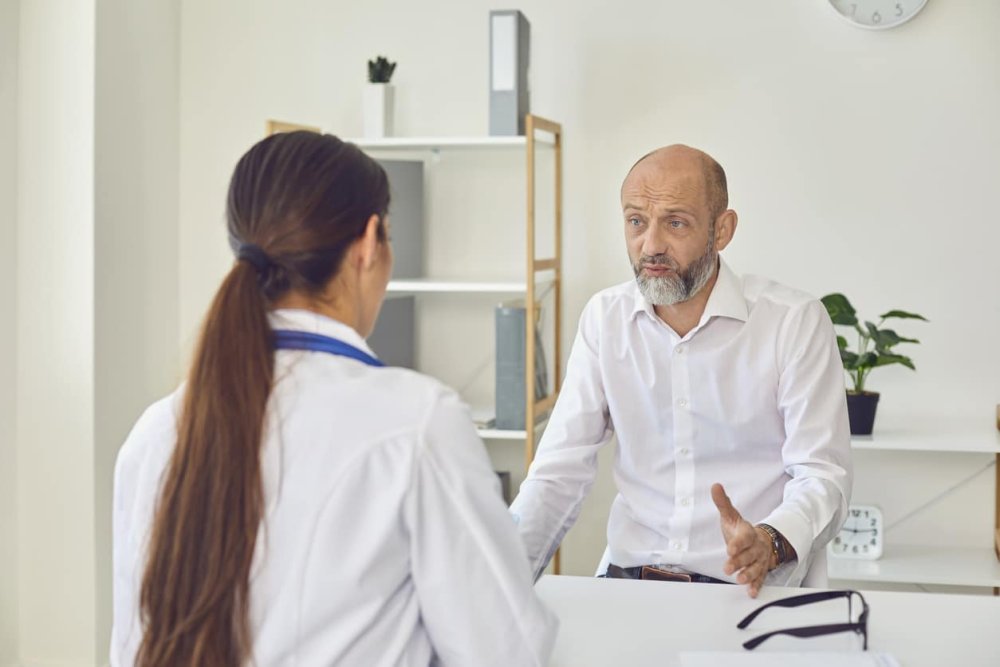 In a blog for people taking statins, or considering taking them, Dr Paula Byrne, Researcher at Evidence Synthesis Ireland, shares what she and her team found when they looked at the evidence on statins and the riskA way of expressing the chance of an event taking place, expressed as the number of events divided by the total number of observations or people. It can be stated as ‘the chance of falling were one in four’ (1/4 = 25%). This measure is good no matter the incidence of events i.e. common or infrequent. of bad outcomesOutcomes are measures of health (for example quality of life, pain, blood sugar levels) that can be used to assess the effectiveness and safety of a treatment or other intervention (for example a drug, surgery, or exercise). In research, the outcomes considered most important are ‘primary outcomes’ and those considered less important are ‘secondary outcomes’. like stroke and heart attack. She also explains why claims that a treatmentSomething done with the aim of improving health or relieving suffering. For example, medicines, surgery, psychological and physical therapies, diet and exercise changes. can ‘halve the risk’ of a bad outcome can mislead us, and talks about things to consider when deciding if you want to try statins if they are offered.

If you’re over 50, there’s a reasonable chance you’re taking a statin; about one in three older people are.  Statins are medicines that lower, what is often referred to as, ‘bad’ cholesterol with the aim of reducing the risk of diseases of the heart and blood vessels (cardiovascular disease). They are one of the most commonly prescribed medicines in the world and there has been a four-fold increase in their use in the last 20 years. Despite their popularity, it has been debated whether they are quite as good as we think, and whether they are over-prescribed.

In most areas of medicine, doctors are advised by expert groups on how to prescribe for typical patients. These groups publish ‘clinical guidelines’ to advise doctors. In heart and circulatory medicine, many of these guidelines are based on the assumption that the lower a patient’s ‘bad’ cholesterol, the better it is for them. Equally, that prescribing statins reduces risk in a meaningful way.

There is no doubt that statins are very good at reducing ‘bad’ cholesterol but that’s not what really matters. What we need to know is; how good are statins at reducing bad outcomes like death, heart attack and stroke?

How do we find out what effects a medicine has?

While a well-designed RCT is considered to be of high quality, it is even better to gather up the results of all relevant trials of a particular drug and do a systematic reviewIn systematic reviews we search for and summarize studies that answer a specific research question (e.g. is paracetamol effective and safe for treating back pain?). The studies are identified, assessed, and summarized by using a systematic and predefined approach. They inform recommendations for healthcare and research. of the evidence. This means we are more able to gain a broader perspective. Here’s a Cochrane video – What are systematic reviews? – that explains more.

My team of international researchers decided to do just that, and we published our results in a medical journal  in the article Evaluating the Association Between Low-Density Lipoprotein Cholesterol Reduction and Relative and Absolute Effects of Statin Treatment (March 2022).

Before starting our review, we decided we would ask two questions;

Interestingly, our studyAn investigation of a healthcare problem. There are different types of studies used to answer research questions, for example randomised controlled trials or observational studies. didn’t find a straightforward link between cholesterol levels and bad outcomes. While statins definitely lowered ‘bad’ cholesterol, some of the trials with the largest reductions in bad cholesterol reported no clinical or survival benefit. In others, lowering ‘bad’ cholesterol was associated with improved outcomes.

However, as expected, most trials reported reductions in the rates of heart attack, stroke and death in the group who took statins in the trial relative to the group who did not. However, the absolute risk reduction from taking statins was quite small. It is important, at this point, to explain what is meant by relative and absolute risk reduction, and this video Relative versus absolute risk: a brief guide is worth watching for a really clear explanation of the difference between them.

We’ve all seen headlines like “New medicine halves risk of heart attack death!” But it is likely that such headlines are reporting relative risk – it tells us the risk of dying from a heart attack in one group (taking medicine) compared to another group (not taking a medicine). We can see how taking the medicine has changed the risk.

So, if you imagine a trial of a new medicine where 10 out of 100 people taking the placebo die compared with 5 out of 100 people taking the real pill. The relative risk of dying has halved, or reduced by 50% (from 10 to 5). Relative risk can exaggerate the benefits (or harms) of a treatment. Cutting the risk of dying by half sounds great – but half of what?

What we really need to know is, what is my risk of dying reduced by in absolute terms? If I’ve a low risk of heart attack anyway, reducing that risk by half is likely to be a very small amount. The likelihood of having a heart attack before you ever take a medicine is called your baseline risk. In our example, in absolute terms the medicine has reduced the risk from 10% to 5%, a 5% absolute risk reduction.

The images below compare the absolute risk reduction in heart attacks in the statin and placebo groups from our study.

For most people, represented by the green dots, taking statins made no difference, they were not going to have a heart attack anyway.

For those represented by the red dots, statins didn’t prevent the heart attack; they had one regardless of whether they took statins or not.

Only those represented by the yellow dots in Figure 2, 13 people out of 1,000, benefitted from taking statins.

In terms of the other outcomes we measured, 4 fewer per 1,000 people had a stroke and 8 fewer died from any cause compared with those did not take the medicine.

Someone thinking about taking a statin could ask their doctor two questions:

Simple online tools, like QRisk, can be used to add up factors such as weight, sex, blood pressure, cholesterol and calculate a person’s risk of having a heart attack or stroke in the next ten years. Clearly, an overweight 65-year-old male smoker with high blood pressure and cholesterol will have a much higher risk than a slim, 45-year old female non-smoker, even if she has high cholesterol.

Some people will benefit more than others

For some patients and doctors, any risk reduction is worthwhile, regardless of whether the benefit is small. For others, the possibility of harmful effects of taking the medicine is important, and even a small chance of harm might not be acceptable. For example, one study found that only 3 in 100 older people would agree to take a medication that negatively impacted their daily lives, and almost half would not agree if the medicine was associated with mild fatigue or nausea.

The potential harms of statins include some very rare adverse events (harms), such as the breakdown of muscle, the development of diabetes or a bleed to the brain. As these are unlikely in most people who take statins, it has been argued that the benefits of statins outweigh them. More often, some patients report experiencing muscle pain while on statins but there is controversy about how common this is, and, even, whether these physical effects are a result of what we expect to happen when we take a drug rather than the drug itself! We would need many more, high quality studies to figure this out. Ultimately, it is up to each person to take or decline a medicine, as part of shared decision-making with their doctor. Understanding their own absolute risk reduction can be helpful.

Although statins are a common preventative medicine in older people, sometimes the benefits of taking them is quite small. For individuals, it’s useful to think about the absolute reduction in risk they are likely to get from taking statins, and this depends on many factors, not just cholesterol. The other thing to consider is possible harm. For many people, if the benefit for statins is small, even a small possibility of harm may be off-putting.

Making decisions about medicines is tricky. One helpful tool is to ‘think BRAIN’. What are the Benefits, Risks, Alternatives, what do I want and what if I do Nothing? These are good questions to ask yourself and discuss with your healthcare professional. For more information on making health decisions, check out Evidently Cochrane ‘Making Health Decisions’ blog.

You can join in the conversation on Twitter with @pbyrne82 @CochraneUK or leave a comment on the blog.

Paula Byrne has nothing to disclose.

Dr. Paula Byrne is a researcher with Evidence Synthesis Ireland, HRB-Trials Methodology Research Network and Cochrane Ireland at the University of Galway Ireland. Within this team, she is the senior post-doctoral researcher on the iHealthFacts project. This is a website where members of the public can check the reliability of a health claim they’ve read on social media or elsewhere. Her work focuses on evidence synthesis, scientific uncertainty and how health ‘facts’ and ‘misinformation’ are defined and dealt with. She is a mentee on the 2022 Communicating with the Public scheme facilitated by Evidence Synthesis Ireland. Previously, Paula worked with the Health Technology Assessment Directorate within the Health Information and Quality Authority. Here she developed a new method of justifying new practices in medical exposure to ionising radiation, which is currently being finalised. Also, she produced rapid reviews on a wide range of scientific topics to inform the National Public Health Emergency Team in Ireland during the COVID-19 pandemic. Her PhD focused on the use of statins for primary prevention of cardiovascular disease.

Are cholesterol-lowering statins as good as we think? by Paula Byrne