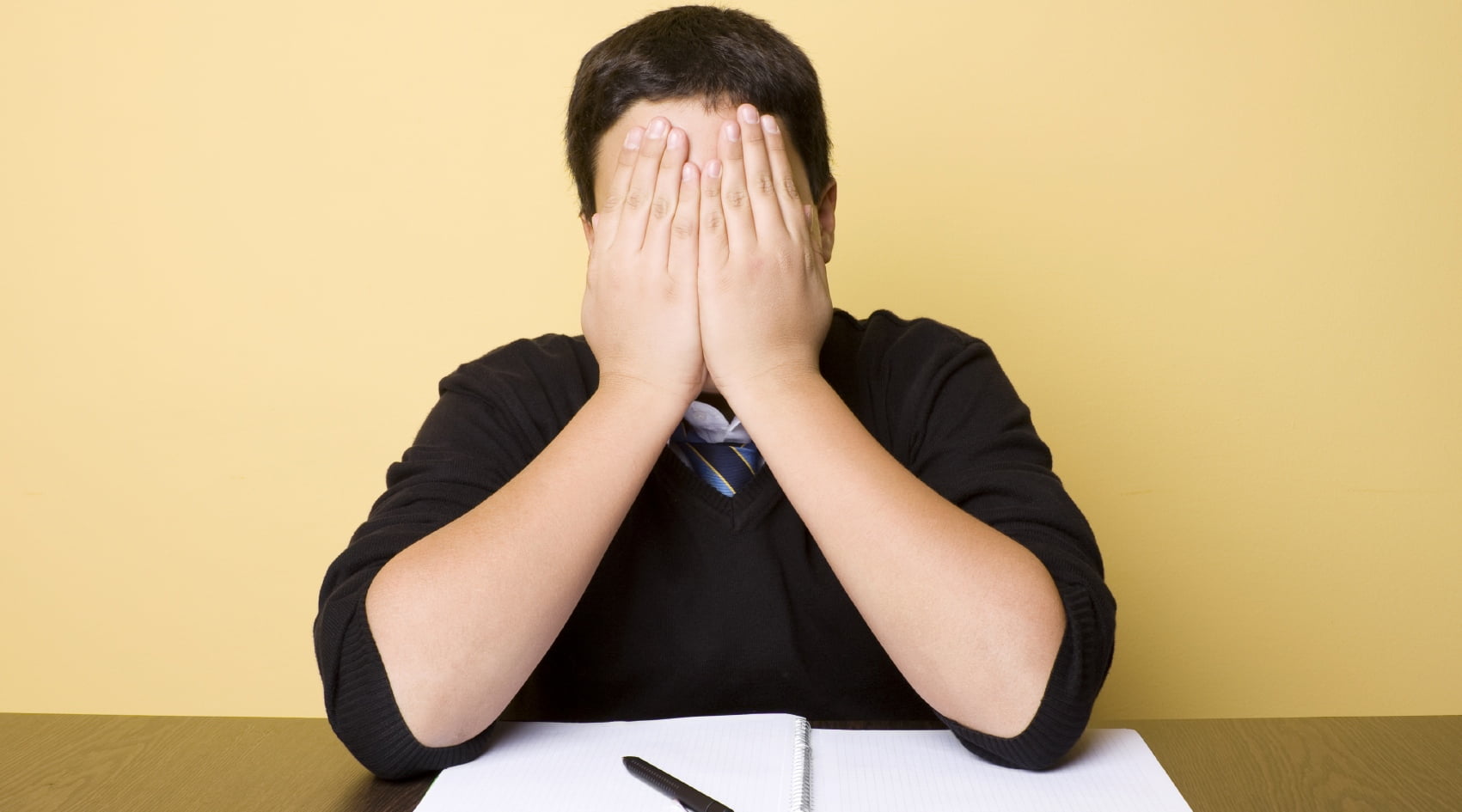 Read Olivia’s story about her son’s experience of Bell’s palsy and about the latest Cochrane evidence on treatments (updated in September 2019).

Imagine how frightening it would be to wake up one day, unable to move one side of your face. This is generally how Bell’s palsy announces itself, without warning. It affects about one in 60 people aged 15 to 40, with an even split between the sexes. It’s not certain what causes this paralysis of the facial nerve and there are also uncertainties about how best to treat it. Corticosteroids may be prescribed, to reduce inflammation and limit nerve damage. A viral cause has been suggested so antiviral drugs may be used to treat it and there are other options too. Even without treatment, the paralysis is usually temporary, but recovery can take weeks or months and about one in five people are left with some permanent disfigurement or pain.

There are several Cochrane reviews to help inform decisions about treatment. Before I look at those, here is what happened to 13 year old Max, as told by his Mum, Olivia:

“It was mid-morning when Max came downstairs and into the kitchen. I asked him how he was feeling without looking up from my marking until he said “my face feels funny”. When I looked up one side was obviously not right. It’s difficult to describe, it wasn’t droopy or loose, no rash or redness, but just didn’t look right. I asked him if he had pins & needles and he said he couldn’t feel it and he couldn’t open his mouth properly.

Watching him speak, my blood ran cold, only one side of his mouth moved and the frown seemed to fade away in the middle of his forehead. They say a little knowledge is a dangerous thing and as a nurse, my first thought was a stroke, but he was standing and touching his face with his hand. My next thought was neurological damage, and it took all my strength to keep a calm-looking face as I asked him to sit down while I called the GP. “I’ve probably just slept on it funny” he said, but as he tried to take a drink and it fell out of one side of his mouth, he looked a bit worried and suddenly a lot younger.

GP receptionists sometimes get a bad press, but the one I spoke to was great. She listened to me and said a doctor would call me right back. The doctor asked me a lot of questions but decided he needed to see him quickly and we were in within about 45 minutes, but it felt like ages. I kept smiling at my son in the car and waiting room and it was horrible to see only a half-smile back.

GP did a thorough examination and said he thought it was Bell’s palsy and explained that the prognosis was usually good in young people but he wasn’t sure how, or if, to treat it. He asked us to wait in the waiting room while he spoke to a specialist at the local hospital and I had to resist the temptation to ‘google’ it while we waited. When we went back in, the GP explained that there was no definitive treatment and that opinion was mixed about whether medication to reduce the inflammation was worth using. He told us it was a logical option although there was no evidence that it either hastened recovery or prevented further deterioration.

“I was very uncomfortable with doing nothing”

However, Max had had surgery on a broken arm five days earlier and the GP was concerned that it may compromise recovery so advised us to call the orthopaedic consultant before starting the tablets. While he tried to reassure me that there was plenty of evidence of recovery without any treatment in young people, I was very uncomfortable with ‘doing nothing’. He also explained to us that it was “highly likely” that there would be a full recovery, but he couldn’t say how long it would take….. his best guess (when pushed) was between three weeks and six to nine months. Despite working with people with learning disabilities for most of my career, I am not a patient person and my son looked equally anxious about his uncertainty.

After speaking to the consultant and being reassured that it should not do any harm, we decided to start the medication, prednisolone, which is a corticosteroid. Max was reluctant to go back to school- he already stood out a bit because of the cast on his arm and he really didn’t look like himself if you could see the affected side of his face. Because we didn’t know how long it would last he really couldn’t miss school and I am incredibly proud of the courage he showed going in every day.

“He didn’t eat anything at all at school…”

As well as looking different and having to have eye drops and wear a patch at night, he was reluctant to talk and eating and drinking was difficult. We got drinks with straws and helped him learn how to position it so that he didn’t dribble but he didn’t eat anything at all at school during the time he had it and was (even more) restricted in what he did eat. We now did have a ‘typical teenager’- grunting, reclusive, miserable-looking and living on cereal!!

It can be difficult to do nothing

After a couple of weeks, I happened to have a conversation at work about Max and one of my colleagues told me that she had heard that chewing gum could speed up recovery by strengthening the facial muscles. We were all keen to be doing something to help him feel better and see him smile and look like himself again, so mega-packs were bought. One evening about half way through his third week, he laughed at something and I was sure the affected side of his face moved a bit. After that I drove him mad trying to get him to smile and frown and within a week, incredibly, he was back to normal.

This was nearly two years ago now and we don’t know whether he got better because of the medication, the chewing gum or whether he would have recovered in the same time without either. What it has taught me though, is how difficult it can be to ‘do nothing’.”

What evidence do we have to guide treatment?

A variety of treatments may be tried for Bell’s palsy but, as Olivia’s account shows, doctors and patients are having to work with a lot of uncertainty. The Cochrane Neuromuscular Group has again updated their review on the best available evidence on antiviral treatment for Bell’s palsy compared with other treatments or placebo (fake treatment) or combined with other treatments. As of  September 2019, the review includes 14 trials with 2488 people. Key results are that:

They also found that the numbers of people experiencing side effects was probably similar with corticosteroids or placebo (moderate-certainty evidence).

Might physical therapies (such as facial exercise, massage, and electrical stimulation) help? A review on this found no high quality evidence to show clearly whether any physical therapy helps or harms. There was low quality evidence suggesting that tailored facial exercises may help, mainly those with moderate paralysis and those who have had it for a long time, but doing them early on may speed recovery. The reviewers suggest the effect of facial exercises needs confirming through good quality randomised trials but in their most recent worldwide search for evidence (in February 2011) they found no record of new or ongoing research.

A review on acupuncture for Bell’s palsy found that the quality of the evidenceThe certainty (or quality) of evidence is the extent to which we can be confident that what the research tells us about a particular treatment effect is likely to be accurate. Concerns about factors such as bias can reduce the certainty of the evidence. Evidence may be of high certainty; moderate certainty; low certainty or very-low certainty.  Cochrane has adopted the GRADE approach (Grading of Recommendations Assessment, Development and Evaluation) for assessing certainty (or quality) of evidence. Find out more here: https://training.cochrane.org/grade-approach More is too poor to allow any conclusions about whether it helps or harms.

It has been suggested that surgery to free the facial nerve might improve recovery, but there was very little evidence to include in the review of this treatment option and further research is unlikely.

Facing up to Bell’s palsy

Olivia has shown that living with Bell’s palsy even for a short time can make everyday life very difficult and she’s right to be proud of Max for going to school when half his face didn’t work properly. While we have some evidence to guide treatment, these Cochrane reviews have highlighted where more is needed. There’s a surprising lack of awareness of a condition that affects so many, something that BBC correspondent John Sudworth worked to change when he carried on broadcasting during a long period of recovery from it. For fashion student Julia Wollner, her two years of living with Bell’s palsy was a major influence on her designs, creating abstract prints from photos of her face before and after she got Bell’s palsy, making shapes that were ‘slightly uncomfortable’ and using large line drawings of faces, taken from the facial exercises she did. Aren’t people amazing?

You can link with others talking about #Bellspalsy on Twitter.

Bell’s palsy: facing up to uncertainty by Sarah Chapman is licensed under a Creative Commons Attribution-NoDerivatives 4.0 International License. The featured image is not available for reuse or republication as it was purchased for Evidently Cochrane from istockphoto.com.

Bell’s palsy: facing up to uncertainty by Sarah Chapman