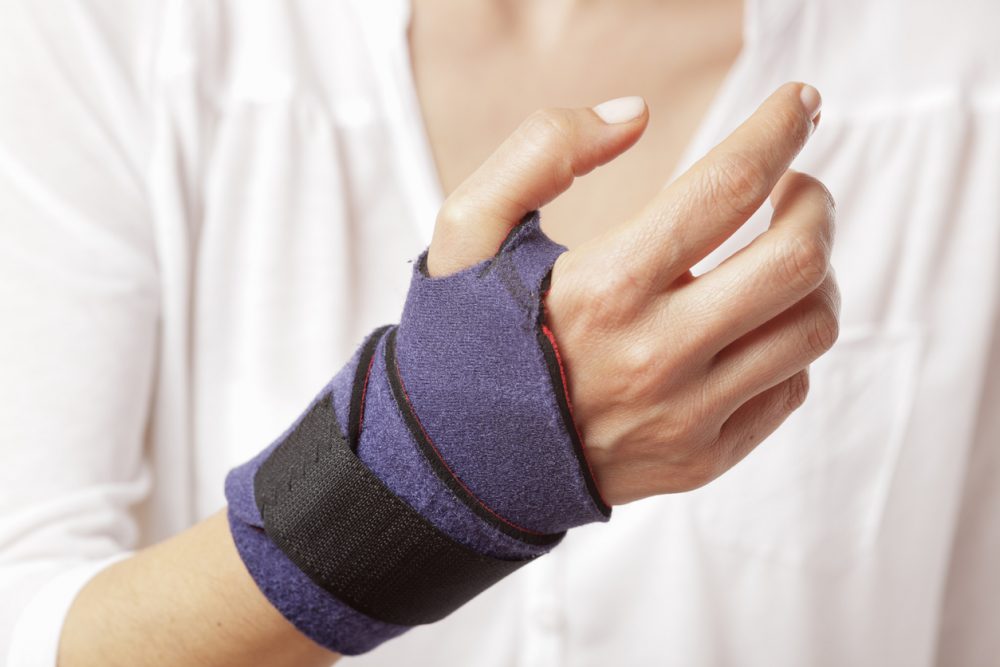 In this blog, Sarah Chapman looks at the Cochrane evidenceCochrane Reviews are systematic reviews. In systematic reviews we search for and summarize studies that answer a specific research question (e.g. is paracetamol effective and safe for treating back pain?). The studies are identified, assessed, and summarized by using a systematic and predefined approach. They inform recommendations for healthcare and research. More for surgical and non-surgical treatments for carpal tunnel syndrome (CTS).

Carpal tunnel syndrome (CTS), so the background to one of several Cochrane ReviewsCochrane Reviews are systematic reviews. In systematic reviews we search for and summarize studies that answer a specific research question (e.g. is paracetamol effective and safe for treating back pain?). The studies are identified, assessed, and summarized by using a systematic and predefined approach. They inform recommendations for healthcare and research. More on its treatmentSomething done with the aim of improving health or relieving suffering. For example, medicines, surgery, psychological and physical therapies, diet and exercise changes. More tells me, is a compressive neuropathic disorder at the level of the wrist. The median nerve is compressed in the carpal tunnel, a passageway between structures. My husband, Tim, on the eve of having surgery for CTS, tells me it is “incredible pain on trying to use my hands, lack of real sensation combined with phantom sensation, and lack of sleep due to pain”. It has made working impossible. With Tim spending much of every night out of bed, getting what little relief he can by standing up, the only beneficiary has been our cat,  who now has company round the clock.

Prior to surgery, Tim has tried splinting and a steroid injection, but there are other non-surgical treatments too. Looking at the evidence for the different approaches from a number of Cochrane Reviews, I’ve found that it is mostly very poor, so much uncertainty remains about the benefits and harms of treatments. Let’s take a look.

Splinting will commonly be offered to people with mild to moderate symptoms of CTS. As Tim’s splints are more often to be seen lying around the house than on his wrists, I assumed they have been of limited use to him. He says he has found them helpful at night only some of the time and horrible in hot weather. When travelling on public transport, they have been useful as an indicator to others that he has a difficulty and may need a seat – holding a rail has been out of the question for some time.

A Cochrane Review aimed to find out how well splinting compares with no treatment or another non-surgical option, and how splint types and regimes compare. Despite the inclusion of 19 studies with 1190 people, they found insufficient evidence on the safetyRefers to serious adverse effects, such as those that threaten life, require or prolong hospitalization, result in permanent disability, or cause birth defects. More and effectivenessThe ability of an intervention (for example a drug, surgery, or exercise) to produce a desired effect, such as reduce symptoms. More of one splint design or regime over another, and on how splint wearing compares with other non-surgical options. Wearing a splint at night may be more effective than not wearing one in the short term, they found, while long-term effects are unknown.

A Cochrane Review found “limited and very low quality evidence” on the effectiveness and safety of a diverse collection of exercise and mobilisation interventions for CTS, including a variety of exercises targeting the carpal bones or soft tissue, or exercise involving the whole body, such as yoga.

Are modified keyboards, for example, likely to be any help to the person with CTS? Might they make things worse? This Cochrane Review highlighted that we don’t know, there being insufficient evidence to tell us.

The Cochrane Review looking at local corticosteroid injection is now rather old but an update is expected in 2019. It includes 12 studies with 671 people. The authors found evidence from two high quality randomisedRandomization is the process of randomly dividing into groups the people taking part in a trial. One group (the intervention group) will be given the intervention being tested (for example a drug, surgery, or exercise) and compared with a group which does not receive the intervention (the control group).   More trialsClinical trials are research studies involving people who use healthcare services. They often compare a new or different treatment with the best treatment currently available. This is to test whether the new or different treatment is safe, effective and any better than what is currently used. No matter how promising a new treatment may appear during tests in a laboratory, it must go through clinical trials before its benefits and risks can really be known. More that participants demonstrated clinical improvement of CTS at one month or less following local corticosteroid injection compared to placeboAn intervention that appears to be the same as that which is being assessed but does not have the active component. For example, a placebo could be a tablet made of sugar, compared with a tablet containing a medicine. More injection, but say that improvement after one month has not been shown. For Tim, it caused a lot of pain at the time with no apparent benefit afterwards.

Low-level laser therapy (LLLT) is an alternative to other non-surgical treatments for CTS, but its use is controversial. Disappointingly, a recent Cochrane Review concludes that “the evidence is of very low quality and we found no dataData is the information collected through research. More to support any clinical effect of LLLT in treating CTS.” Only one studyAn investigation of a healthcare problem. There are different types of studies used to answer research questions, for example randomised controlled trials or observational studies. More out of the 22 included reported on harms, so the safety of this interventionA treatment, procedure or programme of health care that has the potential to change the course of events of a healthcare condition. Examples include  a drug, surgery, exercise or counselling.   More is also uncertain.

Therapeutic ultrasound may be better than placebo for improving the symptoms of CTS, finds this Cochrane Review, but the evidence is only low-certainty, and there is insufficient evidence to support one therapeutic ultrasound regime over another, or to say how it compares with other non-surgical interventions.

Cochrane Review on acupuncture for CTS has been updated this month but the evidence remains poor. The authors concluded that acupuncture may have little or no effect on CTS symptoms, compared with placebo or sham acupuncture, and how it compares with other non-surgical treatments is uncertain. Whilst no serious adverse events were reported, not all studies provided data on harms. 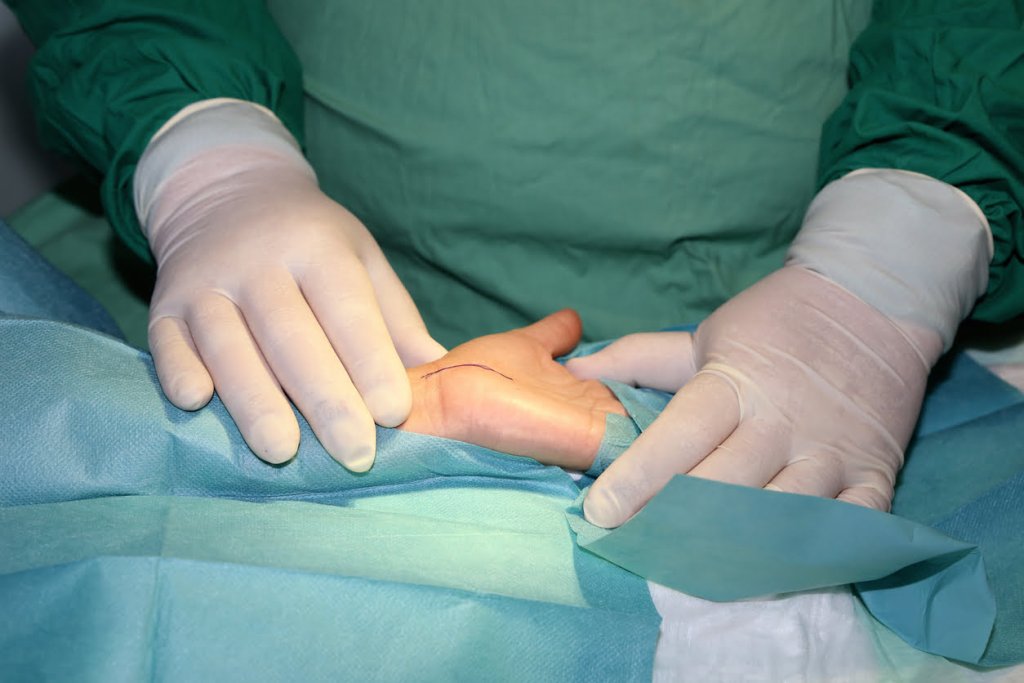 Surgical treatment involves releasing pressure on the nerve by cutting the transverse carpal ligament. This can be done with open surgery or endoscopically. A Cochrane Review exploring surgical treatment was able to draw on 28 studies with 2586 hands. 23 compared endoscopic carpal tunnel release (ECTR) with open carpal tunnel release (OCTR); five compared ECTR with OCTR using a modified incision and two compared ECTR, modified OCTR and standard OCTR. Drawing mostly on low-certainty evidence, the authors found that ECTR and OCTR may be comparable in relieving symptoms and improving function, although ECTR probably results in a greater improvement in grip strength and may be associated with fewer minor complications. They found no difference in the incidenceThe number of new occurrences of something in a population over a particular period of time, e.g. the number of cases of a disease in a country over one year. More of serious complications, which were few.

With a choice of absorbable or non-absorbable material used to stitch the wound after carpal tunnel surgery, is one better than the other? This Cochrane Review highlighted uncertainty about how they compare in terms of pain, hand function, scar satisfaction or wound inflammation, due to very low-certaintyThe certainty (or quality) of evidence is the extent to which we can be confident that what the research tells us about a particular treatment effect is likely to be accurate. Concerns about factors such as bias can reduce the certainty of the evidence. Evidence may be of high certainty; moderate certainty; low certainty or very-low certainty.  Cochrane has adopted the GRADE approach (Grading of Recommendations Assessment, Development and Evaluation) for assessing certainty (or quality) of evidence. Find out more here: https://training.cochrane.org/grade-approach More evidence. However there’s an obvious advantage with absorbable stitches, which is that they don’t need removing.

Another Cochrane Review, which is now rather old, concluded that surgery was better than splinting, but that more research was needed to establish whether that is so for people with mild symptoms, and how it compares to steroid injections.

So after the surgery, then what? Our sense of Tim’s post-operative rehabilitation regime is currently rather hazy but I suspect sofa, beer and a boxed set feature in Tim’s imaginings while I’m wondering quite to what extent and for how long I will be, literally, his right-hand woman. Turning to the Cochrane Review on rehabilitation after carpal tunnel release reveals a dizzying array of possibilities from immobilization using a wrist orthosis to ice therapy, exercise and scar desensitization. It’s hard not to sigh at yet another example of wasted research funding with the discovery that the studies (22 in the review) were mostly of very low quality. This means continued uncertainty about the benefits and harms of the different approaches. Decisions about treatment ideally take into consideration evidence, clinical judgement and patient preference, and this is reflected in the authors’ conclusions:

Carpal tunnel syndrome (CTS): a look at the evidence for treatments by Sarah Chapman