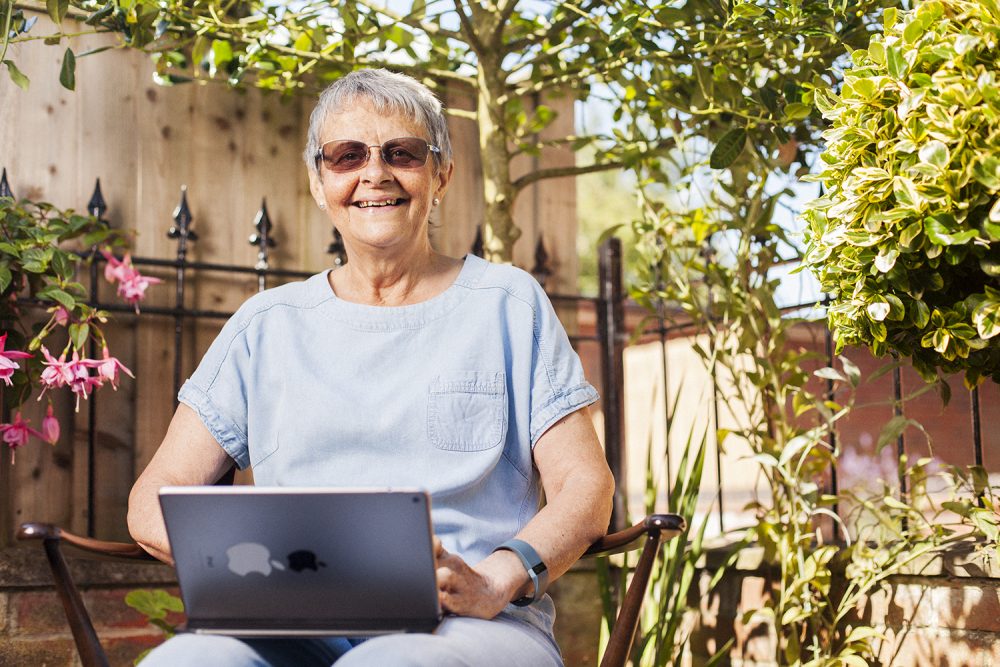 In this first guest blog of our series Dementia in the Spotlight (#dementiaspotlight), Wendy Mitchell, who has young onset dementia, writes about taking part in dementia research, being valued, and opportunities to change the future

Imagine yourselves being given a diagnosis of young onset dementia. Your life falls apart, you feel worthless and of no use to anyone any more. Services are non existent so you feel abandoned.

That’s what happened to me in July 2014 when I was diagnosed with young onset dementia.

Now, imagine, if someone then came along and asked for your opinions, asked you to be involved in gathering information. Someone who was genuinely interested in what you had to say. Someone who was willing to travel to your home just to see you. Imagine how that would make you feel…

That’s what happened to me when I started to be involved in research.

Wendy Mitchell and her daughters

Taking part in dementia research: an alternative to just hoping

As soon as I was diagnosed I wanted to take part in research – however, my clinicians decided for me that I wouldn’t want the hassle, so never offered me the possibility. So I found it very difficult to find any sort of research to take part in initially. So when I was asked to help launch and promote the  Join Dementia Research database, I jumped at the chance.

We need to have an alternative to just hoping and wishing you don’t get dementia but this can only be achieved through research. Being involved makes you feel valued as you’re contributing to possible future developments – you could be helping to remove the inevitability that a diagnosis currently brings, giving hope to your children. We all know there is no cure and without willing volunteers to test new theories, there will continue to be no cure..

However, I know researchers can find it very difficult to find people who will to take part. This may be due to overprotective clinicians, or overprotective family and friends, but may also simply be due to lack of understanding around the meaning of research and what it entails.

That’s why I feel language is so important when trying to engage people with dementia. When I asked a group of people with dementia, ‘who would like to be involved in research’? No one put their hand up. When I asked them who would like to be involved in changing how dementia looks in the future – everyone put their hand up. When I asked them why they didn’t like the word ‘research’, they said because they didn’t want to be guinea pigs. They associated research with men in white coats handing out dodgy drugs. So we’ve a long way to go to bust the myths surrounding research, but increasingly, through initiatives like Join Dementia Research, we’re able to show that taking part in research isn’t just about clinical trialsClinical trials are research studies involving people who use healthcare services. They often compare a new or different treatment with the best treatment currently available. This is to test whether the new or different treatment is safe, effective and any better than what is currently used. No matter how promising a new treatment may appear during tests in a laboratory, it must go through clinical trials before its benefits and risks can really be known. More. 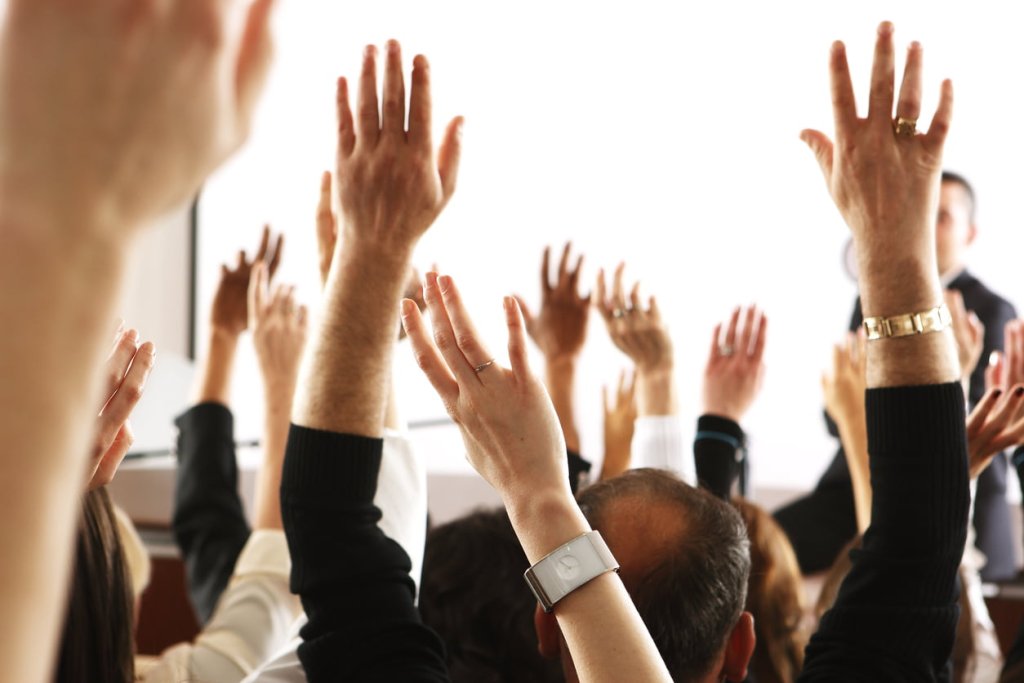 Technology testing, trials and me!

While I was still at work I took part in some social research run by the University of the West of Scotland which looked at the experience of those of us with dementia and still in employment. I’ve also tested many apps for the iPad. Future generations will expect things like apps or some sort of technology as its part of their everyday life, so I’m pleased to be involved in testing and developing these. If I can use them anyone can!.

I’m taking part in the IDEAL trial which is a 3 year trial looking at living with dementia – it involves answering questions in your own home about every part of your life for the next 3 years to see how circumstances and attitudes change. I’m doing this alongside my daughter who is answering the exact same questions from a relatives point of view.

I’m also about to have my second visit as part of the PRIDE trial – another social research studyAn investigation of a healthcare problem. There are different types of studies used to answer research questions, for example randomised controlled trials or observational studies. More looking at remaining independent with dementia.

I’m now looking for a new clinical trial as I’ve just finished the MADE trial, a 2 year trial  testing an antibiotic drug currently used in the treatmentSomething done with the aim of improving health or relieving suffering. For example, medicines, surgery, psychological and physical therapies, diet and exercise changes. More of acne – they believe it may reduce inflammation of the brain. I’m told there’s many new ones on the horizon, so I’ve just got to be patient.

Involve us from the start in dementia research

Who better for researchers to work with from the very start, than people living with dementia. Just because we have dementia doesn’t mean we’re not capable of advising you on project design; just because we have dementia, doesn’t mean we can’t be involved with committees – after all how do you know you’re getting it right if you don’t involve the very people you’re hoping to interview? Involve us in promoting your research and to encourage others to take part – to encourage those who have never taken part to be involved. We all had talents before a diagnosis of dementia – we don’t suddenly lose all those talents overnight when we get a diagnosis.

Who better for researchers to work with than people with dementia?

We have to normalise talking about research and to do this we must have GPs and other healthcare professionals, like district nurses or OTs or physios, all  coming on board. These are often the very people we see most often. To normalise talking about research would normalise involvement. That’s why a few of us along with Piers Kotting, have launched the Hand Out Hope campaign. To encourage all healthcare professionals to hand out hope in the form of a Join Dementia Research leaflet as words of encouragement costs nothing and eats into no ones budget.

Without research we can’t change the future…

Many people with dementia have a variety of ways of keeping their brain active. For me being involved in all things research  helps keep my brain ticking over. Whether it’s through participation in trials, testing apps for my iPad – which by the way, I didn’t even own or know what an an app was before dementia entered my life. Whether it’s through reviewing paperwork, being a member of your steering group or project team, as a member of the Alzheimers Society Research Network or simply researchers emailing me, asking me for my opinion.

I have dementia, but…

So, as you can see, I have dementia, but I’m still able to contribute to society. Many people when they hear the word ‘dementia’ think of the end. Well we’ve got an awful lot of living still to do and people so often forget that, especially when diagnosed with young onset.

That’s also why I like to get involved at talking and helping students. Those at the beginning of their career, after all they’re the researchers of the future. They have so much less baggage and pre conceived ideas. They’re also full of enthusiasm to learn and understand more about dementia. They can help change the future of dementia, to change views, perceptions and reduce the stigma around dementia.

So I’m here as someone all researchers seek out on a daily basis – a willing participant….

Why am I so willing? Because I like to be involved,  because being involved has given me back that sense of purpose that a diagnosis of dementia stripped  away from me.

Being involved  makes me feel valued and people listen to what I have to say…….which a diagnosis of dementia stripped away from me

Do join in the conversation on Twitter with @WendyPMitchell and @CochraneUK , #dementiaspotlight, or leave a comment on the blog.

Wendy Mitchell has nothing to disclose.

I was diagnosed with Young Onset Dementia on the 31st July 2014 at the age of 58 years young. I might not have much of a short term memory but that’s one date I’ll never forget. I have 2 daughters and live happily alone in the East Riding of Yorkshire. I retired early from the NHS, having worked as a non clinical team leader for 20 years and am now a Society Ambassador and Research network Volunteer Post diagnosis, I was shocked by the lack of awareness, both in the community and clinical world, so I now spend all my time travelling around the country raising awareness and encouraging others to embrace my passion for research.

I have dementia and I take part in research. Here’s why. by Wendy Mitchell