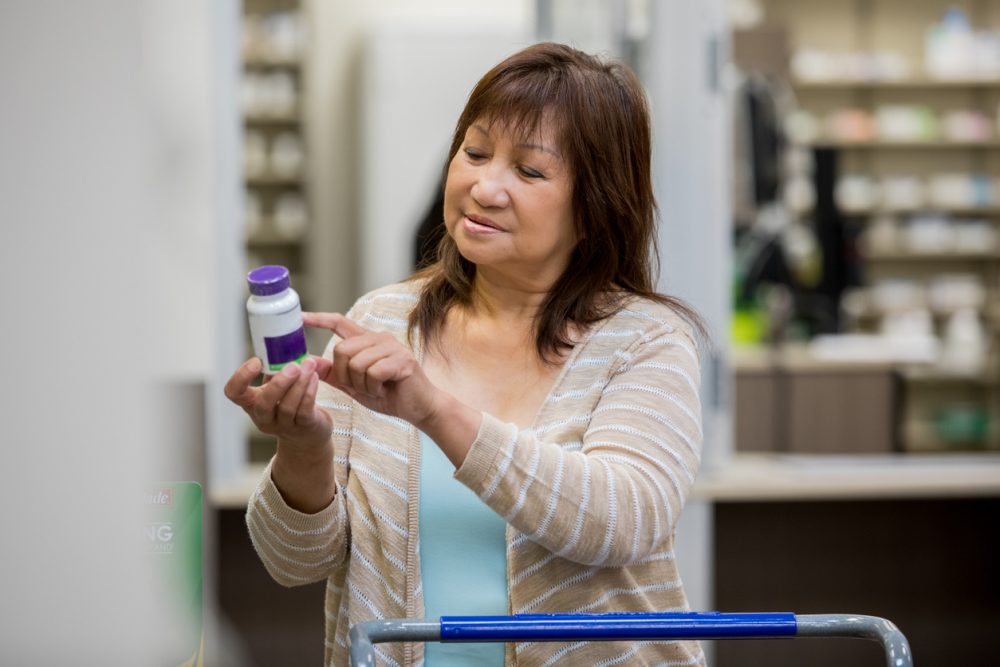 In this blog for our ‘Evidence for Everyday Health Choices’ series, Sarah Chapman looks at the latest evidence on vitamin and mineral supplements for preventing dementia or at least slowing cognitive decline. Can they really help?

I have a clear memory of watching a tv drama with my mum, when I was about fifteen. As we watched a vivid portrayal of a middle-aged woman struggling to cope with her mother, declining with dementia, Mum voiced a fervent hope that she would never be like that. With her own mother enjoying good health in her nineties, the possibility must have seemed as remote to her as middle age did to me. But now I am there, and so is my mum, diagnosed with Alzheimer’s last summer.

Is there anything my bright, busy mother could have done to reduce her riskA way of expressing the chance of an event taking place, expressed as the number of events divided by the total number of observations or people. It can be stated as ‘the chance of falling were one in four’ (1/4 = 25%). This measure is good no matter the incidence of events i.e. common or infrequent. More of dementia? This woman, who for much of her adult life had a fulfilling career and later voluntary work; was happily busy with friends and family; enjoyed theatre-going, singing in a choir and participating in various special interest groups; read voraciously and had a daily crossword habit. Is there?

Despite the many important and positive inroads into our understanding of dementia in recent years, and an increasing shift in emphasis from dementia being something people suffer from to something they can live with, dementia frightens us. Katie Marais from Alzheimer’s Research UK says that “How can I prevent dementia?” is one of the most common questions put to them, and explains here what last year’s Lancet Commission on Dementia found about risk factors. While 65% of the risk for dementia comes from things we can’t change, like our age and our genes, the report lists nine ‘modifiable risk factors’ for dementia, things that we may be able to do something about, including smoking, lack of physical activity and social isolation.

Preventing dementia: what do we try?

There are many things that people do in the hope of staving off cognitive decline, from dietary modifications to daily sudoku solving. I think we may travel more in hope than expectation, but sometimes we can find evidence to see if our efforts might actually reduce our risk, and whether we could be doing ourselves any harm by trying.

Two Cochrane ReviewsCochrane Reviews are systematic reviews. In systematic reviews we search for and summarize studies that answer a specific research question (e.g. is paracetamol effective and safe for treating back pain?). The studies are identified, assessed, and summarized by using a systematic and predefined approach. They inform recommendations for healthcare and research. More bring together the best available evidence on the safetyRefers to serious adverse effects, such as those that threaten life, require or prolong hospitalization, result in permanent disability, or cause birth defects. More and effectivenessThe ability of an intervention (for example a drug, surgery, or exercise) to produce a desired effect, such as reduce symptoms. More of vitamin and mineral supplements for maintaining cognitive function and preventing dementia. In theory, these could help, as vitamins and minerals have many functions in our central nervous systems which may help keep the brain healthy and our minds working well. But is there robust evidence to inform our choices? Let’s see. 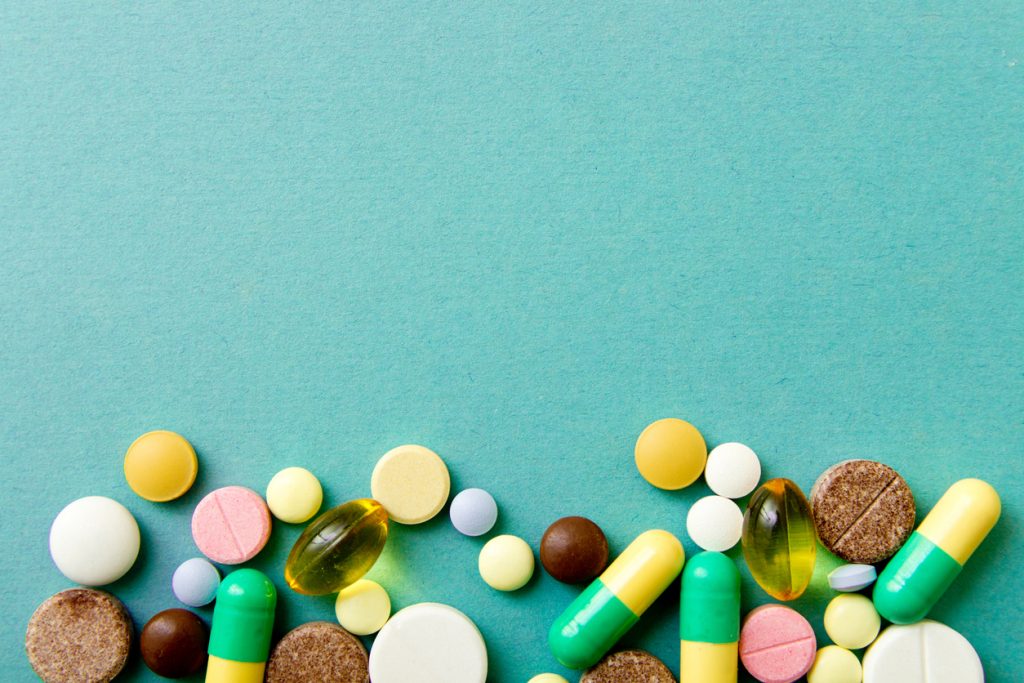 Preventing dementia: what do we know about the benefits and harms of taking vitamin and mineral supplements?

This new Cochrane Review concerns the effects of vitamin and mineral supplements on cognitive function in people with no cognitive problems when they started taking part in the research studies. Although the review authors looked for studies involving people aged 40 and over, there are few dataData is the information collected through research. More on people taking supplements under the age of 60. Despite being able to include 28 studies involving more than 83,000 people, there are limitations of the evidence which mean that confident conclusions can’t be drawn. Here’s what they found.

Taking B vitamin supplements probably has little or no effect on overall cognitive function at any time point up to five years and may have no effect at five to ten years. There are very few data on harms or on the incidenceThe number of new occurrences of something in a population over a particular period of time, e.g. the number of cases of a disease in a country over one year. More of cognitive impairment or dementia.

The results are mixed, but the review authors say that long-term supplementation with antioxidant vitamins may be the most promising area for future research. There is low-certainty evidence of benefit in overall cognitive function with long-term supplementation with ß‐carotene (after a mean of 18 years of treatmentSomething done with the aim of improving health or relieving suffering. For example, medicines, surgery, psychological and physical therapies, diet and exercise changes. More) and with vitamin C (after 5 to 10 years), but an antioxidant vitamin combination or vitamin E, alone or with selenium, may have no effect.

Selenium alone, taken for around five years, may have no effect on the incidence of dementia.

Moderate-certaintyThe certainty (or quality) of evidence is the extent to which we can be confident that what the research tells us about a particular treatment effect is likely to be accurate. Concerns about factors such as bias can reduce the certainty of the evidence. Evidence may be of high certainty; moderate certainty; low certainty or very-low certainty.  Cochrane has adopted the GRADE approach (Grading of Recommendations Assessment, Development and Evaluation) for assessing certainty (or quality) of evidence. Find out more here: https://training.cochrane.org/grade-approach More evidence suggests that this has little or no effect on overall cognitive function, or the incidence of cognitive impairment, after five to ten years.

Combinations of B vitamins, antioxidant vitamins, and minerals may have little or no effect on cognitive function, after around 8.5 years of taking them.

The authors’ bottom line is:

“We did not find evidence that any vitamin or mineral supplementation strategy for cognitively healthy adults in mid or late life has a meaningful effect on cognitive decline or dementia, although the evidence does not permit definitive conclusions.”

An older Cochrane Review looks at the effect of omega-3 fatty acid supplementation (in gel capsules or margarine) compared with placeboAn intervention that appears to be the same as that which is being assessed but does not have the active component. For example, a placebo could be a tablet made of sugar, compared with a tablet containing a medicine. More (olive oil capsules or omega-free margarine) in cognitively healthy older people.  There is no direct evidence of the effect of omega-3 supplements on the number of people being diagnosed with dementia, while three high quality randomisedRandomization is the process of randomly dividing into groups the people taking part in a trial. One group (the intervention group) will be given the intervention being tested (for example a drug, surgery, or exercise) and compared with a group which does not receive the intervention (the control group).   More trials show no benefit for cognitive function, measured by the Mini Mental State Examination (MMSE) score at 24 or 40 months. Some people taking omega-3 supplements experienced mild gastrointestinal problems.

Vitamin and mineral supplements for people with mild cognitive impairment

The authors of this Cochrane Review on the effects of vitamin and mineral supplementation on cognitive function in people with mild cognitive impairment (MCI) have found that the evidence is very limited. Only B vitamins have been assessed in more than one clinical trialClinical trials are research studies involving people who use healthcare services. They often compare a new or different treatment with the best treatment currently available. This is to test whether the new or different treatment is safe, effective and any better than what is currently used. No matter how promising a new treatment may appear during tests in a laboratory, it must go through clinical trials before its benefits and risks can really be known. More. Taking B vitamins for six months to two years probably results in little or no difference in memory, thinking skills or quality of life, and the evidence doesn’t tell us whether or not there are any harms from taking them.

“At the moment, it is not possible to identify any supplements which can reduce the risk of people with MCI developing dementia or which can effectively treat their symptoms.”

Souvenaid for people with Alzheimer’s disease

Since publishing this blog, a Cochrane Review  Souvenaid for Alzheimer’s disease (December 2020) has looked at the evidence on the effectiveness of this dietary supplement for preventing or delaying cognitive decline in people with Alzheimer’s disease. People with mild cognitive impairment due to Alzheimer’s disease were found to be probably no more or less likely to develop dementia than those taking a placebo. The review authors found “no convincing evidence” that Souvenaid affects other outcomesOutcomes are measures of health (for example quality of life, pain, blood sugar levels) that can be used to assess the effectiveness and safety of a treatment or other intervention (for example a drug, surgery, or exercise). In research, the outcomes considered most important are ‘primary outcomes’ and those considered less important are ‘secondary outcomes’. More important to people with Alzheimer’s disease. The long-term tolerabilityUsually refers to medically less important (that is, without serious or permanent effects), but unpleasant adverse effects of drugs. These include symptoms such as dry mouth or tiredness, that can affect a person’s quality of life and willingness to continue the treatment. As these adverse effects usually develop early on and are relatively frequent, randomised controlled trials may yield reliable data about how common they are. More of Souvenaid, and its effects in people with more severe Alzheimer’s disease, remain unknown.

So many things that we try in the hope of maintaining our health are costly in terms of money, time, effort and the hopes we pin on them. Preventive strategies, like taking dietary supplements, are often pushed hard by those with a commercial interest in their uptake. Whether it is NHS budgets or individuals’ purses that take the financial hit, knowing whether there is evidence to guide these choices, and what that evidence tells us, is so important. These Cochrane Reviews show us what the state of the evidence is to date and when more evidence becomes available it can be assessed for inclusion in an update of the reviews.

Join in the conversation on Twitter with @SarahChapman30 @CochraneUK @CochraneDCIG or leave a comment on the blog.

Preventing dementia: do vitamin and mineral supplements have a role? by Sarah Chapman