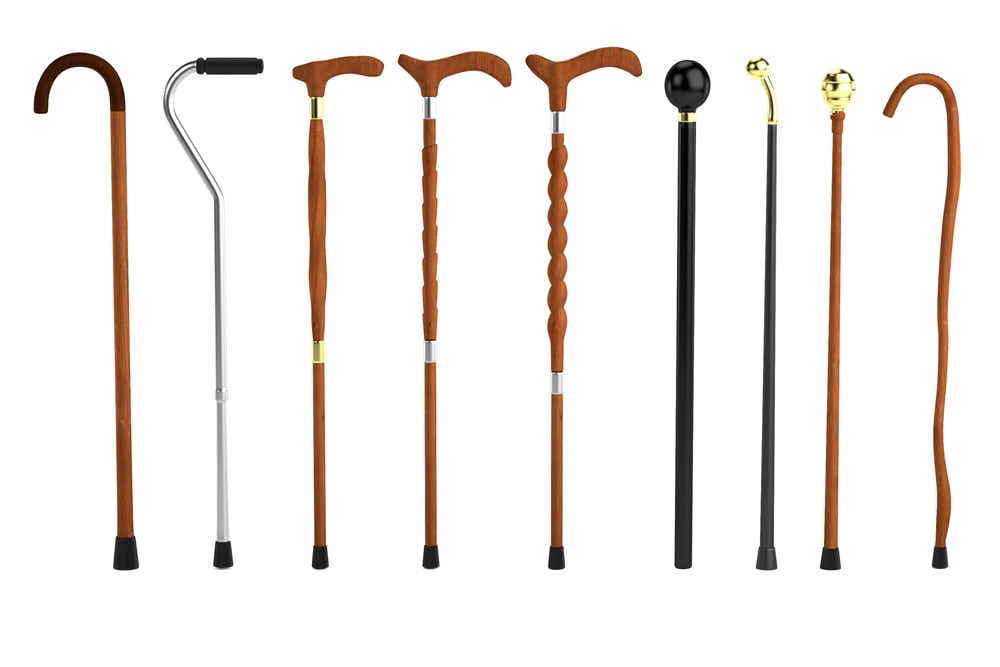 Annette Dancer returns to the blog with this vignette about her #LifeAfterStroke for our special series.

Am I giving in or being realistic?… bit of both, probably.

The latest aid in my dysarthria* arsenal is an all-terrain bendy, trendy wotsit on the end of a walking stick.

It’s designed to prevent me from rolling into bushes from where, coincidentally, I would be unable to attract attention, being dysarthric following a stroke. 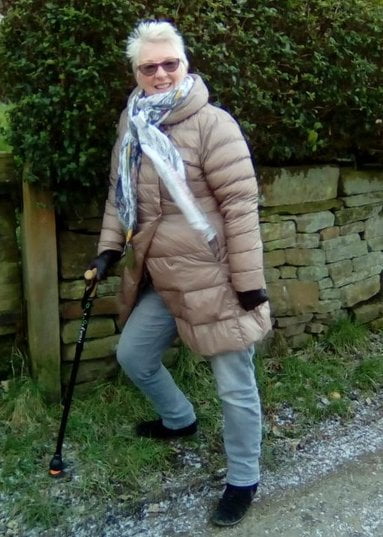 Not that I’m an all-terrain type ‘o gal.

Never did get the point of walking.

If you want to see a view, drive to it.

Walking just gives you a good view of shoelaces.

But now walking is a necessary evil if I’m to get any exercise at all.

It’s no longer a brogue-viewing option.

And, ironically, it really does necessitate staring at shoelaces if I’m not to roll into bushes.

Alas, being dysarthric, shouting for help as I lurch over a cliff wouldn’t be an option.

Dysarthria has robbed me of the ability to shout or, on occasion, even whisper, audibly.

Ah the joys of a tongue-twisting stroke.

On the whole my speech is intelligible, but it’s only at one volume.

(One would think that as “S’s” are my bete noire, shouting “HELP!” wouldn’t be an issue).

But I can’t project, you see.

I can mouthe “HELP!” beautifully, but unless would-be rescuers are lip-readers or bats they are unlikely to hear my anguished cries from the bushes.

Which is why I’ve bought an all-terrain trendy, bendy walking stick as an aid to speech.

Am I being realistic, or just giving in?

Join in the conversation on Twitter with Annette @francefold and @CochraneUK, or leave a comment on the blog.

The surreal side of life after stroke by Annette Dancer