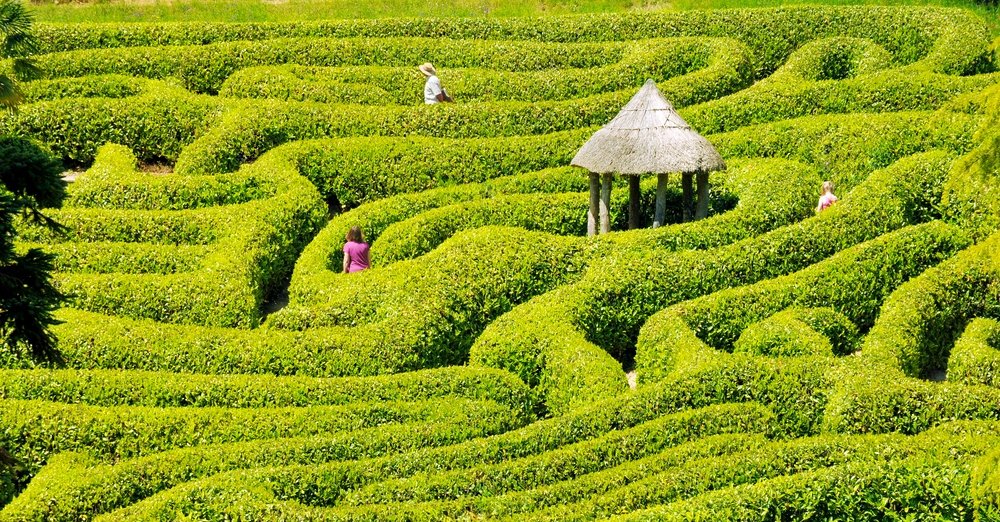 You might never have heard of a decision aid, but there’s good evidence from a newly updated Cochrane review that they can help people facing decisions about treatment or screening feel better informed about the options and clearer about what matters most to them. This blog looks at what the review found and how decision aids could help to avoid situations like that described by Joanna, who talked to me about her experiences of making a decision about colostomy surgery. 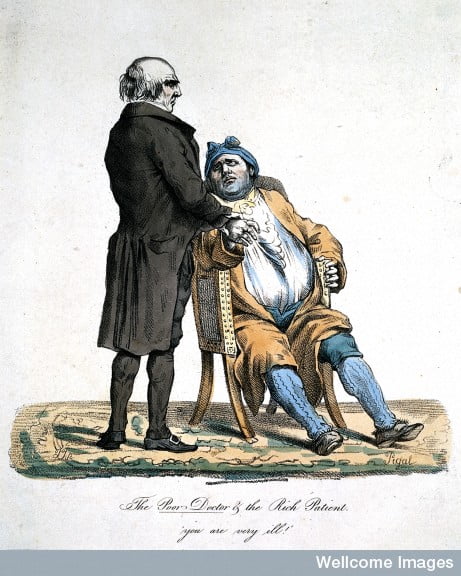 ‘The poor doctor and the rich patient. ‘You are very ill!’
Credit: Wellcome Images.

Doctor doesn’t know best after all

Until quite recently, when a person became a patient, they generally handed themselves over to the doctor, who was seen to ‘know best’, and went along with whatever investigations and treatment they were told they needed. We’re a long way on from this now, aren’t we? Or are we? In the UK, ‘no decision about me without me’ is a mantra for the NHS, while hospital noticeboards and newsletters urge patients to ‘have your say’! So we’re called on to be experts too, to work alongside the health professionals involved in our care, to decide what’s best for us. This is right, not least because much of the time there isn’t a a single ‘best’ choice. Ideally, there’s good evidence telling us how effective a treatment is and what the potential harms are, but often this is lacking. What’s more, there is often a trade-off between benefits and harms and you might view these differently from the next person. We need to consider our values, what is most important to us in this situation? This becomes especially crucial when we need to make a choice when there’s no clear ‘best’ treatment.

How do we choose when there’s no clear ‘best’ treatment?

That’s where decision aids can help. These are evidence-based tools designed to help the patient, alongside their health practitioner, participate in making a choice between healthcare options. They vary in format and detail but generally state the decision to be considered; provide evidence-based information about the health condition and the available options, including possible benefits and harms and any scientific uncertainties; and help patients to think about these factors in relation to their values, to what matters most to them.

Joanna was pretty clear about what was important to her when she faced the prospect of having surgery, but she wasn’t invited to discuss this or participate in making a choice about treatment. She explains:

“I’ve been bouncing around the NHS system for quite some time, and have never come across decision aids, although I can think of numerous occasions when they might’ve helped. One time in particular stands out in my mind. I had a fistula – an abnormal connection between two organs. In my case, rectum and vagina. They are often hard to fix as the body is fooled into thinking they are supposed to be there so it’s not as simple as repairing a wound. Following my first failed repair the symptoms were awful – waste would travel down through the fistula and out of the wrong hole. It was suggested I have a temporary colostomy before the next repair, to alleviate the symptoms and hopefully give the next repair a better chance of working.

I did a little research before I went in for the colostomy surgery and found that there are two main types formed. A temporary colostomy is what’s often called a loop – the bowel is brought out to the surface and rather than cutting right through it, a nick is made. Imagine cutting through a hosepipe, but not all the way and bending the pipe back; you will have two holes, an upwards and a downwards. This is like a loop colostomy, and the bowel is sewn onto the skin to form the stoma. The only problem I could see with this was that waste could overflow into the downward hole and to the fistula – leaving me back where I started, with the added hassle of a colostomy bag to deal with too. The alternative stoma is called an end, where the bowel is cut right through so there is no chance of waste ending up in the wrong place. A compromise would be to make a loop stoma and suture the downward hole. 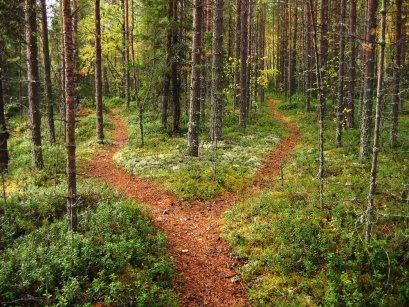 Which path to take?

So I went into hospital feeling fairly knowledgeable after my few days of “Googling”, hopeful that the stoma would give me a break from these mortifying symptoms. It was by chance that I got to have a chat with the registrar. I was bumped from the list two days running due to emergencies and when he came to explain an urgent case earlier had knocked me off theatre list I asked if he planned a loop or end colostomy. He told me it would be a loop. Now the fresh, Google-powered, info whirled around in my mind and I asked why a loop rather than an end? I’d also spoken to a stoma nurse, who had agreed the end stoma was the sensible option, so I was a little surprised at his answer. He said it was technically easier. Yes perhaps, but what about the chance of ‘overspill’? The whole reason for the colostomy was to stop waste going near this horrible fistula. He explained it was “such a job” to make sure the right end was brought out – imagine if it was the wrong end! I’m afraid I turned into stroppy patient and suggested perhaps they could poke something up from the bottom end and see which hole it came out of, and sew up the downward hole at least. He left, conversation unfinished. 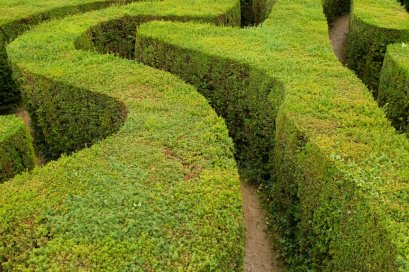 “I was terrified of the whole business…I felt my situation was not being considered in the decision process.”

On the second day of being bumped I asked again. I was terrified of the whole business and the thought that my symptoms may not even be helped made me question the surgery. He told me now that I had asked twice, the decision was mine to make. Hang on here, I want to make an informed choice but here you are handing it over to a quivering wreck! I just wanted someone to explain clearly the pros and cons of both approaches and to discuss the impact this may have on my personal outcome. I felt that my situation was not being considered in the decision process. As it was, I had a loop colostomy, downward hole sutured, but only because I battled for it. If there had been a short conversation where the options were discussed, I think I could have been spared much anxiety and the surgeon spared the frantic, terrified, patient rant. I have met a number of ladies in a similar situation who have had to have further surgery to convert a stoma from a loop to an end; if they’d been given the options to begin with it may have saved them extra worry, and saved the NHS the money for an extra surgery.”

Decision aids can help patients weigh up information, evidence-gaps and what matters most to them, when making choices

I suspect many of you may have had similar experiences to Joanna. There are several things that could have made this a different experience for her, but the use of a decision aid is one. The updated version of the Cochrane review on decision aids for people facing health treatment or screening decisions includes 33 additional randomized controlled trials (RCTs) bringing the total to 115 RCTs involving almost 35,000 people.*

The reviewers found that decision aids: 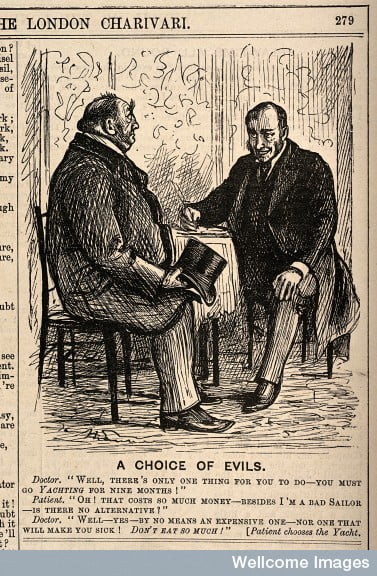 So, there’s good evidence in favour of decision aids, but also quite a lot that we still don’t know. No studies measured preference-linked health outcomes and variation in ways of measuring adherence to the chosen option means we aren’t at all clear about any impact of decision aids on this. We don’t know what effect they have on costs and resource use and questions remain about the minimum information needed for a decision aid to be effective.

Finally, for decision aids to be used effectively, attention needs to be paid to potential barriers for implementing them and consideration given to how they can be used as part of routine clinical practice. You can read more about decision aids and shared decision making on this NHS site here, find real world examples of decision aids here and watch this excellent video showing a doctor and a mum using a decision aid to make a choice about antibiotic treatment for a child with an ear infection. It’s great to see projects under way such as Portsmouth Hospital NHS Trust’s ‘My Birthplace’ project to develop an app to help women decide where to have their baby. The voices clamoring for patients to be at the centre of their care, at the centre of evidence and at the centre of decision-making are growing louder and can be heard in the current debate about ‘Real Evidence-based Medicine’ (check out #RealEBM on Twitter). Dr Richard Lehman laments that shared decision-making and patient-centred evidence is the unicorn not yet found, but let’s hope that this is one myth that is closer to becoming a reality, and decision aids can play a part in it.

Have you used a decision aid, either as a patient or a health practitioner or a patient? Have you had to make a decision about screening or treatment that a decision aid might have helped you with? We’d be really interested to hear your experiences. Our thanks go to Joanna for her willingness to share hers.

Editor’s note: the review was updated again in April 2017, with some studies removed (comparing detailed with simple decision aids) and others added. It now includes 105 studies with over 31,000 people, with decision aids exploring 50 different decisions. The conclusions have not changed.

“What matters most to you?” How decision aids help patients make better choices by Sarah Chapman