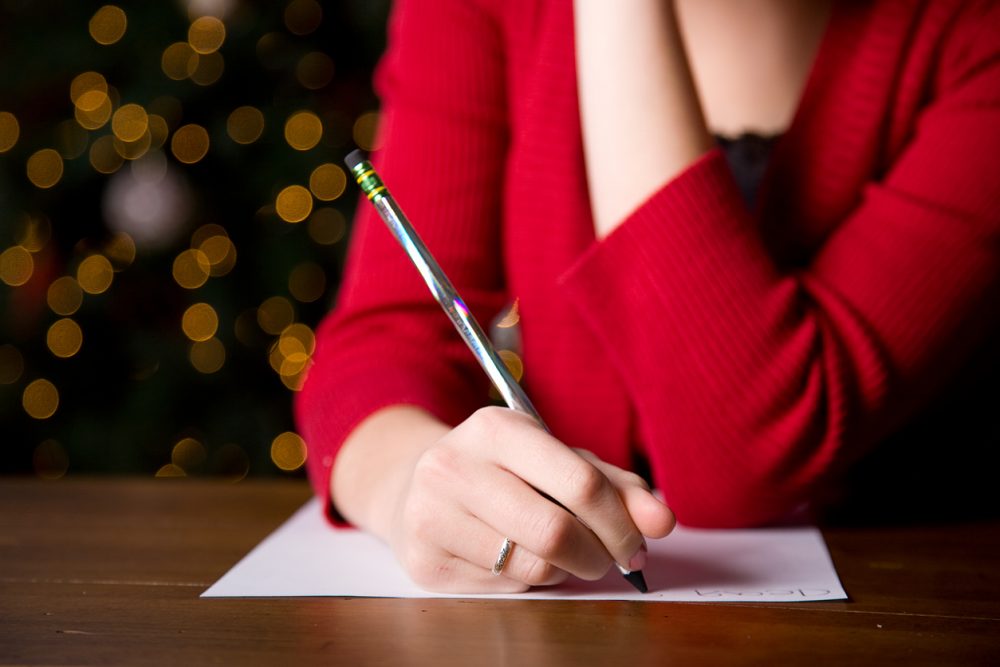 As 2018 nears its close, we take a look back to find the top ten most popular Evidently Cochrane blogs published this year.

It’s been quite a year for us at Cochrane UK, as hosts of Cochrane’s global conference, which we succeeded in making a Patients Included event. Unsurprisingly, this features large in our posts here, with blogs about how we went about that, and podcasts with transcripts of interviews with people at the event itself. We’ve had blogs on many topics, from shared decision-making to reminiscence therapy, and blogs written by clinicians, researchers, and by patients and others making health choices. Our special series on ‘Life After Stroke’ was popular, with several blogs from the series appearing in the top 10.

Our heartfelt thanks go to the many people who have contributed their stories, expertise and writing skills to our blogs, and to those of you who read them, comment on them, and share them. We wonder how many of you have used what you’ve read in some way, either in making your own choices, changing or supporting your clinical practice or in offering information to others perhaps. We’d love to hear.

Meanwhile, here are the top 10.

10. Influenza vaccines: how effective are they? 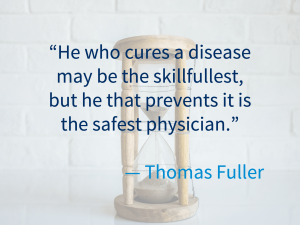 I did wince a bit at ‘skillfullest’ but Fuller’s sentiment here is one we could agree with four centuries after he wrote it. David Robert’s recent blog explains why the influenza vaccine changes each ‘flu season, how effective these vaccines are and how that is measured. I hope you’re not reading this from your sickbed, lamenting either that you didn’t have get vaccinated or that it didn’t work…

9. Cognitive rehabilitation after stroke – an urgent plea for good research 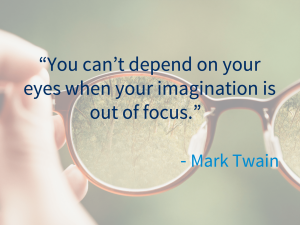 In a blog for our Life After Stroke series, neuropsychologist Marta Bienkiewicz looks at how stroke can affect cognitive functions and what that means in everyday life for stroke survivors, explaining what evidence we have for cognitive rehabilitation and where there are still important gaps in knowledge. She also comments that “for patients, it is worth putting up a fight to regain part of the old selves – both in terms of abilities and personality, even if some deficits persist (such as ability to write or read or speak fluently).” Our stroke series includes some powerful writing on this topic from stroke survivors Caroline Carus and Annette Dancer. 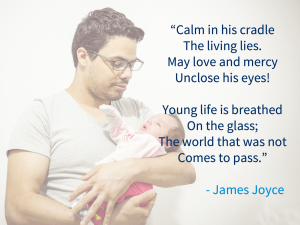 Something readers seem to find useful is when we gather together evidence on a topic in one blog, as I did here in a blog for our Evidence for Everyday Nursing series on supportive care for children with bronchiolitis. This will be a timely read if you’re a nurse working in this area, with ‘bronch season’ well under way.

7. Ear drops to remove earwax: what works and is it worth the bother? 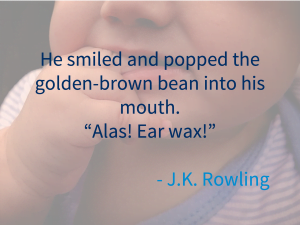 I have to confess to being rather pleased that among our most popular blogs are those in our Evidence for Everyday Health Choices series. There’s something deeply satisfying about having evidence on simple treatments for common problems, or sometimes exposing our continued ignorance about them. This blog also provided an opportunity to share some rather surprising practices. 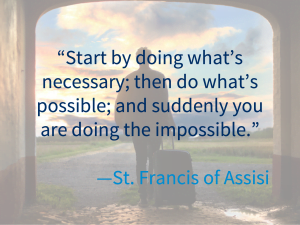 Hmm, if only it were as simple as that. In this blog, Mark Smith, Consultant Physiotherapist in Stroke Rehabilitation, looks at Cochrane evidence on physical rehabilitation approaches for the recovery of function and mobility following stroke and explores the importance of the findings with respect to service delivery in an ever-changing landscape of health and social care. “If we are serious about saving lives at the “front door”, let’s also make them worth living at the “back door” and beyond” he urges.

5. Living and dying well after stroke 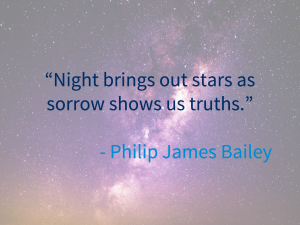 In this thought-provoking blog, Scott Murray and Marilyn Kendall talk about the rich evidence from in-depth interviews, which could guide provision of person-centred care after major stroke and support people in living and dying well. They look at the insights people offered into life after major stroke, which brings “likelihood of death but little preparation”, and the potential for qualitative studies to provide useful insights into helping people with stroke and other life-threatening illnesses live and die well.

4. Being patient with EBM. “Just because we can, doesn’t mean we should” – supporting informed decision-making 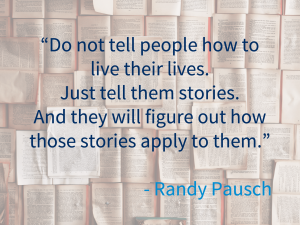 I like this, and much else that Randy Pausch had to say in this lecture, given when he was terminally ill at the age of 48. Our blogs provide opportunities for people to tell their stories to illustrate where evidence might have meaning in real life contexts,  highlight evidence gaps and their importance, or explore concepts underpinning evidence-based medicine. This time it was a story of my own, and of the help given by geriatrician Kit Byatt, when I needed to support my mum in deciding whether a test and treatment would be in her best interests. I was really keen to write about this, having found Kit’s help invaluable, and we hope that this blog is helping others in similar situations to think things through.

3. Life After Stroke: a round-up of Cochrane evidence 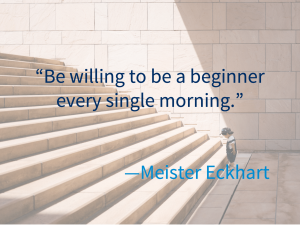 I feel that Meister Eckhart, a German theologian, would have been an been an enthusiastic tweeter, had he been born 700 years later, for he was rather good at the soundbite. He was also an advocate for a kind of spirituality rooted in activity and everyday life, so I rather like him leading us to our archive of material from our ‘Life After Stroke’ series, which includes blogs from stroke survivors, clinicians and researchers. The hard work involved is evident, particularly for people striving to regain former skills or learn new ways of doing things after stroke, and this quote seems apposite.

2. Which stent is best for heart attacks? 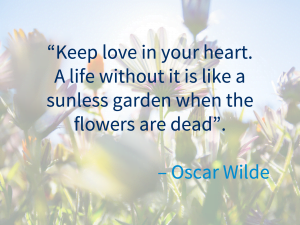 On a more practical note, many hearts now accommodate stents, along with more ephemeral things. Cardiologist Harry Boardman’s helpful blog on different types of stent used to treat people after a heart attack was the second most popular of the year.

1. Honey for cough in children: can it help? 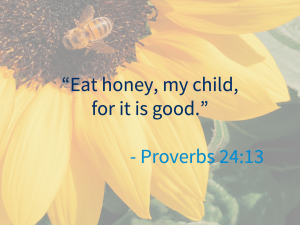 Lynda Ware, our Senior Fellow in General Practice, takes the top spot with her blog on honey for children with coughs, a lovely example of a simple remedy for a common ailment, and the evidence behind it. Thanks Lynda!

Come back next week, when you’re down to just the ill-named Strawberry Delights in your tin of Quality Street and wondering what to do with your relatives, for a quiz. Meanwhile, Happy Christmas from all of us at Cochrane UK. Look out next week for a quiz.

Top of the blogs 2018: a look back at a year of Evidently Cochrane by Sarah Chapman