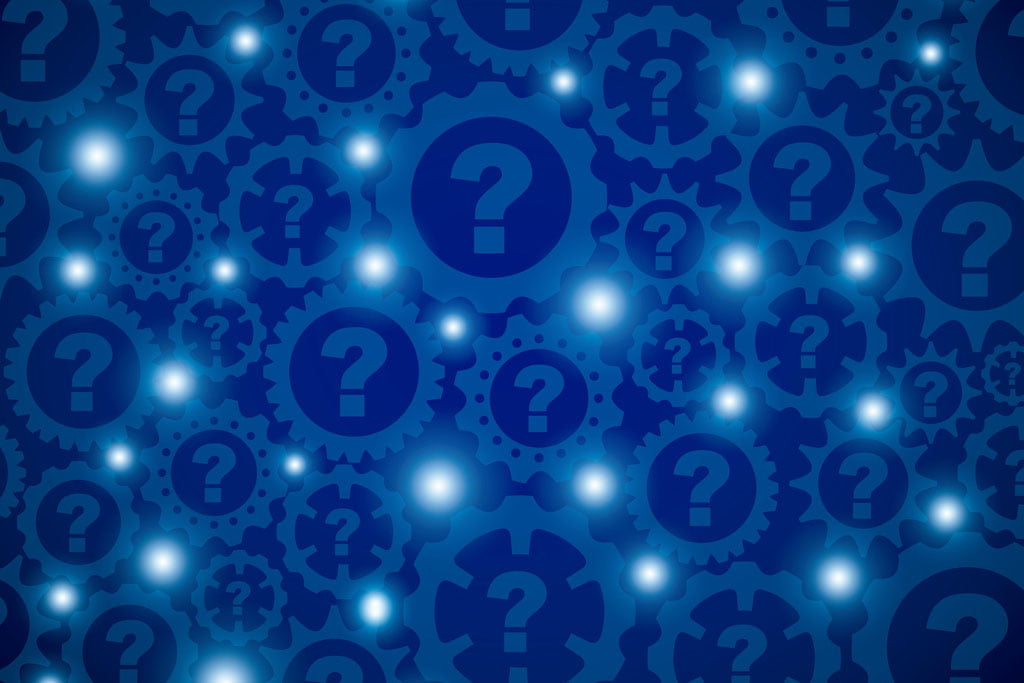 In this blog, nurse Helen Cowan delves into the Cochrane Library to explore some ‘known unknowns’, and reflects on what practitioners might do when the evidence is equivocal, and what might bridge the evidence gap.

Merriam Webster Dictionary describes science as ‘the state of knowing’ and yet, despite amazing advances, there remain many unknowns in science. Knowing that we don’t know is as important as knowing that we do; it instils vigilance and instigates research. It also guards against overconfidence.

Former US Secretary of Defense Donald Rumsfeld famously described the different types of knowing (NATO, 2002). Likewise in healthcare there are the ‘known knowns’ (for example that pressure damage will likely occur when bony prominences rest against a hard surface for a period of time) and the ‘unknown unknowns’ (waiting to be discovered). Cochrane Reviews help to identify and expose the ‘known unknowns’: areas where the evidence is equivocal. Take as an example a recent Cochrane Review investigating ways to prevent or delay development of type 2 diabetes in those with prediabetes. In her blog about the review, Catriona Hilton notes that the review authors found that “it isn’t clear whether diet or increased physical activity alone are effective…It is uncertain whether diet and exercise affect the risk of heart disease, stroke or death in people with prediabetes” (Hilton, 2018).

I have delved deep into the Cochrane Library to discover the known unknowns in relation to subjects as diverse as catheter care, vitamin D, dementia drugs and, most controversially, whether acupuncture really works for everything from migraine to menopause.

The Known Unknowns (thanks to Cochrane)

In my first ever blog for Evidently Cochrane, focussing on catheter care, Cochrane Reviews helped me to see that we do not yet know whether silicone or silver coated catheters reduce infection (the studies were too small and the confidence intervals too wide); insufficient data exist to provide reliable evidence about the benefits or harms of catheter washout policies; one small, underpowered study with inconsistent data failed to show any advantage to antibiotic prophylaxis at time of catheter change (Cowan, 2017).

The evidence is also equivocal when it comes to use of vitamin D in multiple sclerosis (MS) (Cowan, 2018). Some patients report reduced relapses and slowed symptoms but a Cochrane Review states that “the current level of evidence for the effectiveness of vitamin D supplementation in the management of people with MS is based on a single RCT with potential high risk of bias, which does not at present allow confident decision-making about the use of vitamin D in MS” (Jagannath et al, 2010). It remains a known unknown.

Most recently I used the Cochrane Library to answer questions about acupuncture. It’s a subject that divides opinion and my resulting piece for Reader’s Digest online concluded: “studies seeking to answer whether acupuncture ameliorates a range of disorders (such as depression(Smith et al, 2018), fibromyalgia (Deare et al, 2013), osteoarthritis (Manheimer et al, 2010), shoulder pain (Green et al, 2005) and acute stroke (Xu et al, 2018)) have revealed promising, but incomplete, conclusions. For the studies, and the effects seen, have often been too small to be helpful. What’s more, several studies fail to answer the most common argument against acupuncture: do some patients feel better after acupuncture because of the placebo effect and not because of the needles themselves?”(Cowan, 2018a). Acupuncture remains a known unknown. 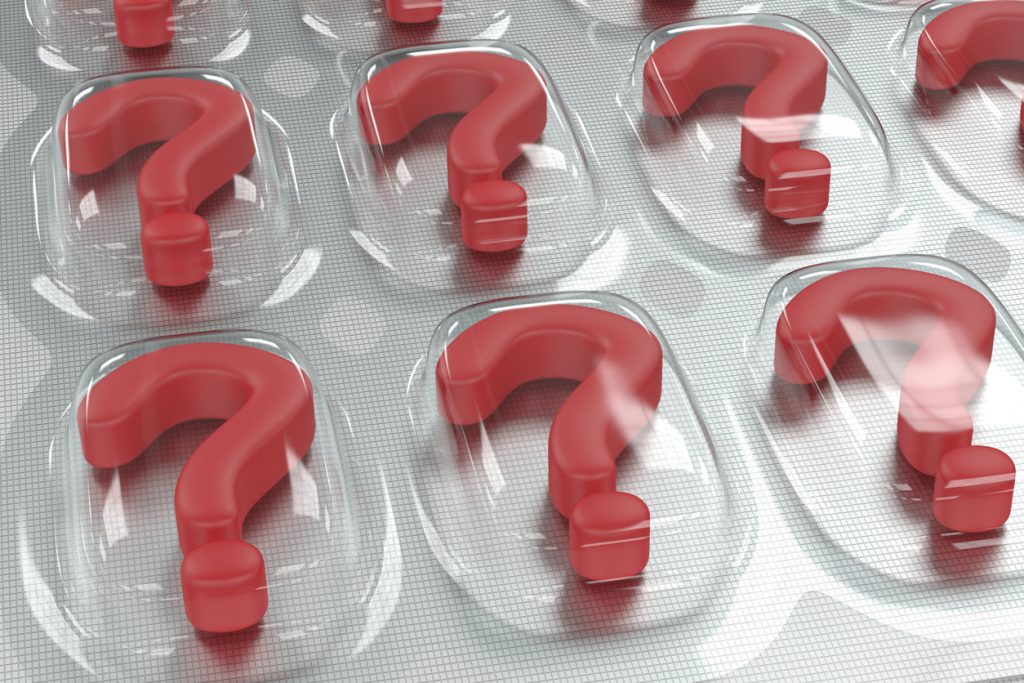 There continue to be some unknowns about the usefulness of rivastigmine.

What to do when the evidence is equivocal

One approach is to cease the practice until science proves it to be effective (if ever). In her blog for Evidently Cochrane, Teresa Chinn reflected on a decision not to administer a catheter washout while the evidence gap remains (Chinn, 2018); writing in the Mirror (the same week that I wrote my piece for Readers Digest online), Dr Miriam Stoppard called for an end to acupuncture on the NHS since “not one of the 12 [Cochrane Reviews] on acupuncture has proved the treatment effective” (Stoppard, 2018).

But is there another approach when the evidence is equivocal? Can the evidence gap be bridged using other sources? A recent blog made clear that evidence-based medicine comprises three components: the evidence itself, the patient’s preferences and values, and clinical judgement (Byatt and Chapman, 2018). When the evidence is inconclusive, expert opinion should be sought and that means asking both the clinical team and the patient.

Aristotle is said to have maintained that women have fewer teeth than men. Although he was twice married, it never occurred to him to verify this statement by examining his wives’ mouths. 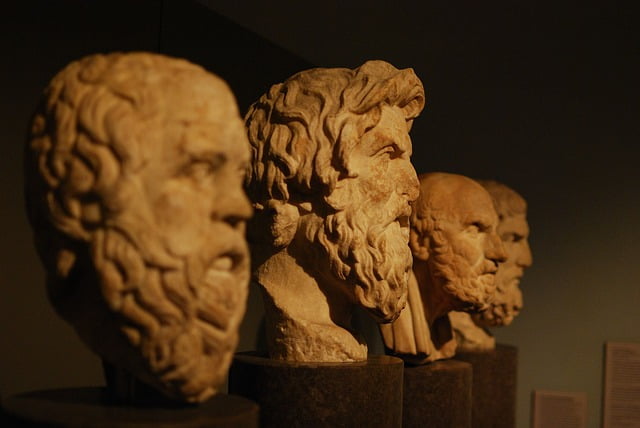 Aristotle: not so clever?

How often have we, as health care professionals, forgotten to go back to the patients themselves to seek answers? It is said that, “to know the road ahead, ask those coming back”, for those who have travelled the journey of disease and disability are likely to have a wealth of experience to share.

It’s important though to gather a variety of opinions before making a decision, since “one story is good till another is told” (16thcentury English proverb). Sharing stories in the staff room or on social media (whilst maintaining confidentiality) can help shape and refine understanding; healthtalk is a website where thousands of people have shared their experiences on film to describe what it’s really like to have a health condition such as breast cancer or arthritis (Healthtalk, 2018); the Cochrane Colloquium is this year a ‘patients included’ event, recognising the role that patients play in informing practice (Cochrane, 2017); patient forums and magazines (such as the one produced by the Spinal Injuries Association) publish stories by people with lived experience of issues such as incontinence or mobility problems (Spinal Injuries Association, 2018).

When asking patients their opinion on a practice, the Mental Capacity Act 2005 should be used (Social Care Institute for Excellence, 2016) – but can be harder to handle when the evidence is equivocal. For known knowns (such as the knowledge that eating a sugary diet will interfere with diabetic sugar control), evidence exists to support a person in making a decision; unwise or eccentric decisions are easily apparent (but the patient is still free to make that decision if deemed to have capacity). When dealing with a known unknown (such as whether rivastigmine is of benefit), the evidence gap makes it harder to support the patient in decision making; it is also harder to make a best interest decision.

For those lacking mental capacity, the long-term carer may be considered as an expert member of the decision-making team: something that I have described in another publication, drawing on first-hand experience.

I have been privileged to work alongside experts in the fields of catheterisation, vitamin D, acupuncture and dementia care. I have liaised with continence specialist nurses who have described how they have dealt with their most complex catheter cases. Despite the evidence gap, they have seen silicone catheters really benefit some patients; catheter washouts have helped others. I have worked under elderly care doctors and interviewed acupuncturists; both can quote case studies in which treatments have worked.

I attended an inspiring talk by Oliver Gillie, previous medical correspondent for the Sunday Times and ‘committed campaigner for vitamin D’. He challenges a ‘known known’ (that sun exposure should be limited because of adverse health effects), suggesting instead that “lack of sunshine is as great a risk to health as lack of exercise or smoking” (Gillie, 2010). Here is what he has to say,

As members of the clinical team ourselves, we can use our own eyes to evaluate practices where the evidence remains equivocal. What risks and benefits do you perceive when you administer the catheter washout? Does the rivastigmine drug seem to be offering relief from dementia? When did you last measure a patient’s vitamin D level? At all times, our aim should be to ‘do no harm’; we are on the frontline for monitoring for and advocating against harms.

We can also keep an eye on the Cochrane Library: has recent evidence proved a practice to be worthwhile? 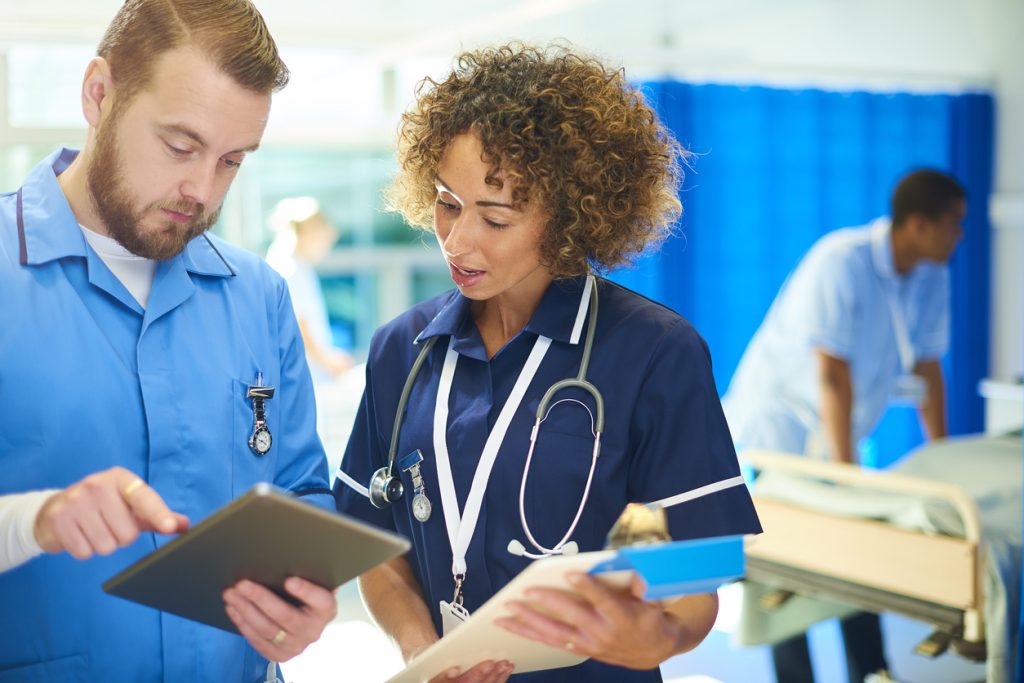 The clinical team: we can use our own eyes to evaluate practices where the evidence remains equivocal.

When the evidence is equivocal…

Evidence-based medicine (EBM) is defined as a systematic approach to clinical problem solving by the integration of best research evidence with real-world clinical expertise and patient values (Schlegl et al, 2017). When the best research evidence is equivocal, the other two components of the EBM triad carry more weight and should both be considered. In their blog, Kit Byatt and Sarah Chapman rightly suggest that patient preference perhaps predominates in long term conditions and end of life care decisions, whilst more weight is sometimes given to clinical experience and research evidence in the acute setting.

When both doctors and patients (or their carers) are engaged in clinical decision-making, disagreement can result and the courts have to act – as seen so heartbreakingly in the recent case of Alfie Evans (BBC, 2018). Thankfully, such cases are not commonplace, with one doctor writing that “rarely do doctors’ and parents’ wishes misalign so catastrophically that the courts are required to resolve what form of medical management is in a child’s best interests. Usually – even amid all the anguish and heartbreak of paediatric terminal illness – both clinicians and family come to recognise, however reluctantly, the point at which valiant efforts at saving life have instead become the prolongation of dying.” (Clarke, 2018).

When the evidence is equivocal, the riskA way of expressing the chance of an event taking place, expressed as the number of events divided by the total number of observations or people. It can be stated as ‘the chance of falling were one in four’ (1/4 = 25%). This measure is good no matter the incidence of events i.e. common or infrequent. remains for disagreements. By making unknowns known, the Cochrane Library can expose evidence gaps and make clear where research is urgently needed.